Such (a reuse) for waste

“Garbage” is a catch-all term. But take a look at your own trash, or the mountainous landfills that have piled up over time and you’ll see that trash is not homogenous, and its contents are in no way created equal.

Garbage changes weekly, seasonally and geographically, and it is composed of vastly different products and materials, notes Gord Helm.

Disposing of such varied material requires dynamic solutions, says the veteran director of waste management—not just dumping it all in a pile to sit for near-eternity or throwing it en masse into an incinerator.

This is where Fourth State Energy is angling to have a significant impact. The Nova Scotia-headquartered company has developed proprietary plasma gasification processes that transform mixed solid waste and biomass into clean, renewable and continuous energy.

“This is about doing something good for the planet, impacting climate change,” says Helm, Fourth State Energy’s CTO.

But the challenge, he asks? It’s all about the education. As Helm points out, he spends a great deal of his time in schools, universities and at forums.

“We have a technology that works, programs that are tried-and-true tested,” Helm says. “We have to sell the idea that we can do better, and that the opportunity to do better exists. That’s our biggest job.”

Developed with French technology partner CHO Power, Fourth State’s plasma gasification process diverts waste from a landfill to what Helm calls a “dirty recycling plant.” There, it is sorted and separated. Valuable recyclables are pulled out, as are special waste items such as batteries and paint.

The remainder is then sorted into distinct groups—such as organics, fiber and paper, wood, plastics, textiles and bio-mass—and then blended into an optimized mixture that is fed into multi-phased plasma gasification vessels with controlled air environments. The mixture is then thermally converted from solid to a synthetic gas of simple elements carbon dioxide, carbon monoxide and hydrogen. The final result is a clean, synthetic gas that can be used in generators to produce clean energy, Helm explains. 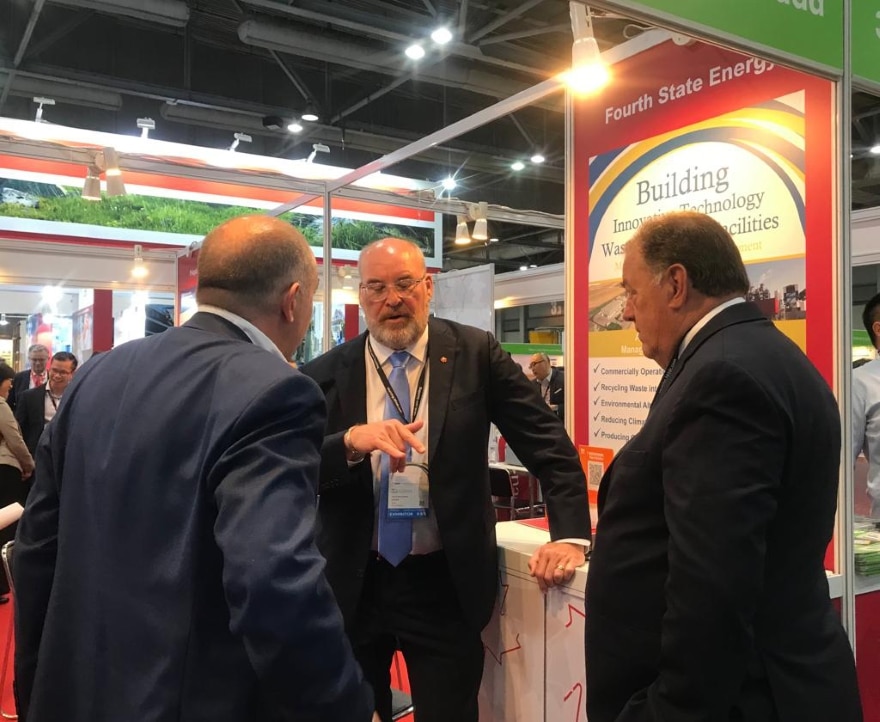 He points out the essential distinction between plasma gasification and incineration: Plasma Gasification creates a synthetic fuel which is then used to power energy generation. Incineration uses a mass burn furnace to produce heat, ultimately creating steam to generate energy. The burning of materials results in much lower energy efficiency outcome—in some cases as much as 2 to 3 times lower than plasma gasification, Helm says.

The 10-year-old company has had one gasification plant up and running in France since 2015 and another three projects are in development. Fourth State Energy is also working to develop projects throughout Canada—specifically Nova Scotia, Ontario and Alberta—as well as in the Caribbean, which has crucial waste management and landfill capacity issues. They also just returned from an exploratory trip to Asia, Helm says.

The company also develops hazardous waste remediation projects, and is working with universities and research centers to patent its solid waste processing innovations.

Still, he acknowledges that those outcomes are not on the immediate horizon. For now, his focus and that of Fourth State Energy is education and “gaining support for a better solution for waste through changing minds,” he says.

As he explains, global waste production has surged to more than 2 billion tons a year, with the majority of this waste sent to a landfill or incinerated—and much more ending up polluting the world’s oceans and landscape.

What’s more, while government-sponsored recycling and reuse programs have offset this cycle in the past, the international buying market for recycling has shrunk dramatically, making recycling increasingly cost-prohibitive, even costly, for cash-strapped cities, states and provinces. As a result, many have cut back or altogether eliminated recycling programs, Helm says. 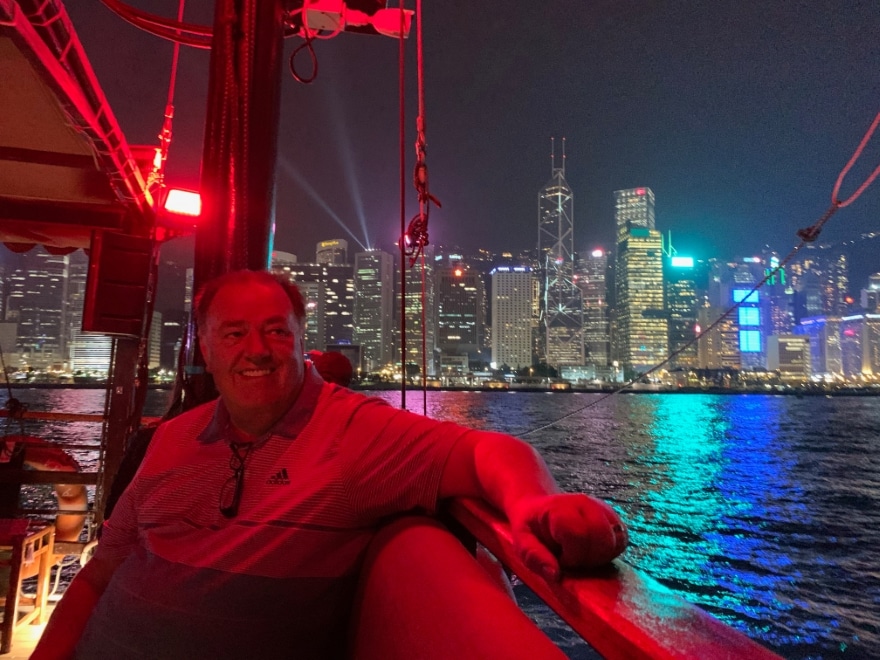 Plasma gasification, by contrast, “doesn’t involve a landfill, doesn’t involve incineration—it’s about managing resources that are otherwise wasted,” he says. “That message is a challenge to get through. We’re a 10-year-old company and we’re right at the cusp of our first several (operations) in North America. That’s how long it takes.”

The crucial element is convincing citizens, businesses and risk averse public officials that plasma gasification and other thermal alternatives are in their best interests—while at the same time proving that such technologies and facilities work.

Helm emphasizes that, “It takes as long to develop relationships with jurisdictions as it does to physically commission, develop and construct these facilities.”

Helm has a long history of serving the common good. Following 22 years in the Royal Canadian Navy, he was appointed Queen’s Harbour Master for Halifax, then spent five years with the Halifax Port Authority.

In 2009, he became the manager of solid waste resources for Halifax. While in that position, he oversaw contracted operations at a landfill, waste processing site, compost plants, materials recovery facility, and a closed landfill with a project producing electricity from waste-extracted gas.

The experience not only familiarized him with solid waste facilities, processes and management, he says, but showed him the importance of materials processing (and doing so correctly). He also worked with a strong team of program educators who went out into the community to inform residents, businesses and institutions about concepts such as sort separation, recycling and at-the-curb waste pickup.

Helm joined Fourth State Energy in December 2014 and describes it as a “make the world a better place” company.

“We don’t just believe, we know, that transforming solid waste management systems, improving environmental impacts, reducing waste’s environmental footprint and impact on climate change, is not only a valuable contribution, but a critically important one,” he says. “The climate change crisis we’re all facing isn’t going to go away if we just try to do well with the status quo.”

For him, it’s a truly invaluable proposition.

“Even when you’re pushing massive boulders up sand dunes to move forward, the job—and what we’re trying to achieve—is incredibly gratifying,” Helm says, “because you know you’re doing good for the planet, our kids and future generations.”