Greg Brandenburg knows what can happen to a university campus in Texas.

In a state prone to hurricanes, tornados and extreme heat, he’s had to plan for flooding, power outages and quick evacuations. Still, compared to these events, he says COVID-19—which hit two months after he became the vice president for technology and CIO at the University of Mary Hardin-Baylor in January—has been the greatest test of his career in IT. 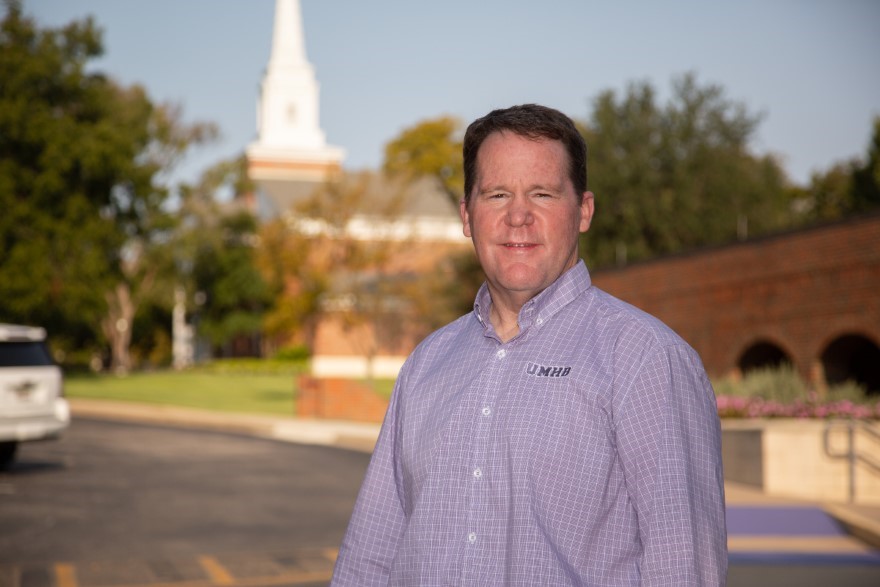 “Out of all the disaster scenarios we brainstormed while I was at the University of Texas at Tyler—tornados, hurricanes, floods—not once did we consider a pandemic,” Brandenburg points out. “I don’t view the pandemic as something that stunted my growth or ruined my onboarding at UMHB, but it did kind of ruin the honeymoon. This was definitely different. It’s still an emergency, but it lingers on and you have to face it.”

And face it they have. By August, as UMHB students returned to class, Brandenburg says all the fixings were in place for a blended learning approach.

“When we were forced to go remote, we adapted well,” he says. “We stayed motivated and everyone pitched in to find solutions. And it’s been a teamwork response for all departments across the university to come up with the fall semester plan to facilitate a face-to-face return.”

Originally chartered by the Republic of Texas in 1845, UMHB was established as a Baptist coed college in the town of Independence.

In 1866 the Female Department of the school was separately chartered as Baylor Female College, and the divisions for men and women both relocated. The men moved to Waco, where they consolidated with Waco University under the name Baylor University. 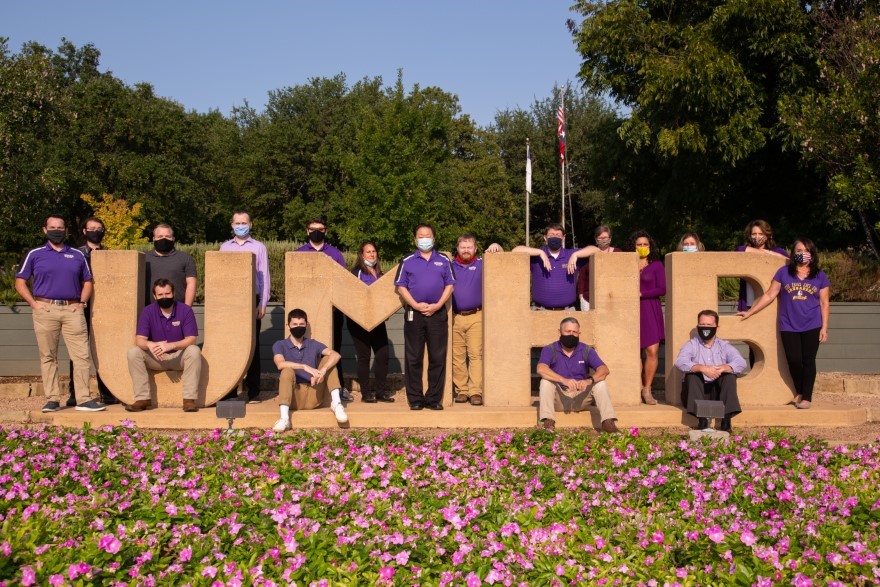 Baylor Female College moved to Belton. It added the name of benefactor Mary Hardin in 1934, went co-ed in 1971 and became a university in 1978. It now has an enrollment of about 3,900 students.

When Brandenburg arrived in January, he didn’t have to come far, as he’d been executive director of enterprise technology nearby at the University of Texas at Tyler.

In March, UMHB extended spring break by a week as it prepared to shift to remote learning when COVID-19 forced school closures. The shift was made easier because the university was already using Canvas, a learning management platform, he explains.

With assignments, syllabi and grades available to students on that platform, UMHB faculty could then use Zoom to present lectures and labs. Still, when the university finished the spring semester, there was no break for Brandenburg and the IT team, which immediately began preparing for the fall semester that began Aug. 13.

Brandenburg credits Dr. Susan Wegmann, the associate dean of digital learning and innovation, for refining what the university calls the “CRUflex” model of hybrid learning. CRUflex options include taking courses in person with social distancing guidelines applied, taking courses online for the semester or combining those options as a student sees fit. 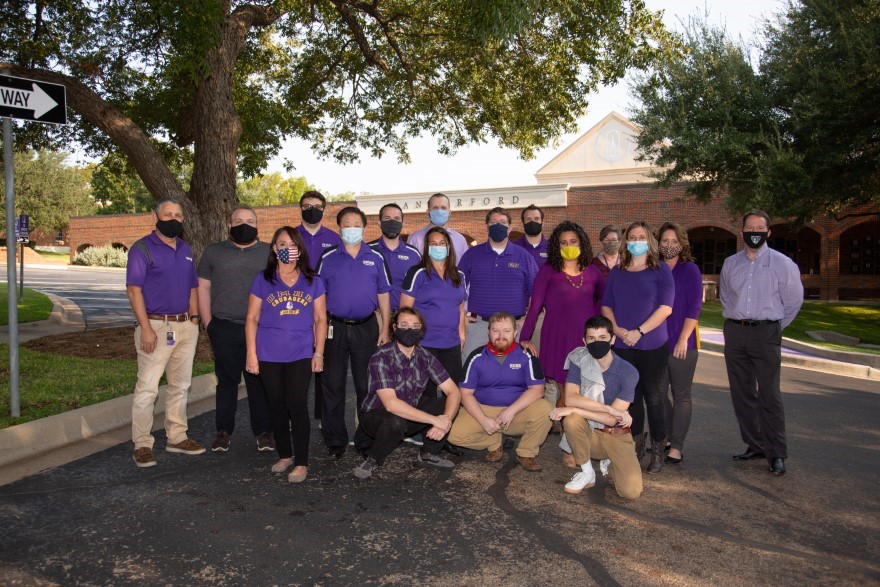 “The environment is very collaborative at UMHB, so we worked closely with the digital learning team as well as the physical plant workers to install cameras and microphones in classrooms across the campus,” he explains.

While Wegmann developed the model, Brandenburg says the fall reopening could not have happened without Technology Director Shawn Kung and his team. His 35 years of institutional knowledge about UMHB and the ability to get the needed equipment (and set it up without outside labor) meant classes were ready to begin two weeks before the campus reopened.

For delivering content, though, it was software that did the heavy lifting. Zoom was used to deliver live instruction to remote learners and Panopto allowed students learning remotely to access recorded lectures, both linked through Canvas. The university also launched a project with Austin-based Degree Analytics to monitor social density and student presence in campus facilities to help provide a safe environment.

Emergency preparedness may come naturally to Brandenburg, who learned from his father, an Air Force veteran who worked in the aerospace industry in Lancaster, California.

While attending Dallas Baptist University and playing on its baseball team, he first considered a teaching and coaching career. After taking computer science courses at his father’s suggestion, he gravitated toward technology and realized he could get a computer science degree more quickly than an education degree. 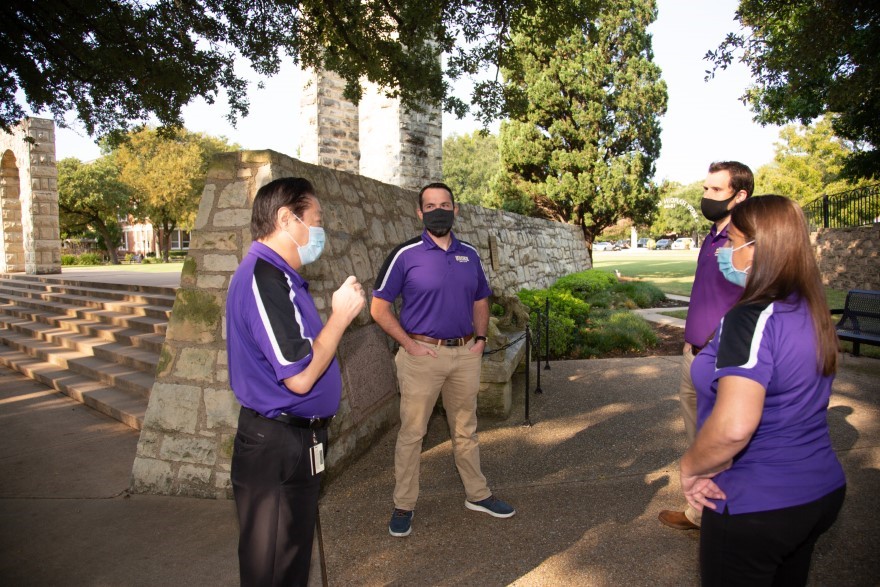 After graduating, Brandenburg found he didn’t enjoy programming and joined Northrop Grumman as an associate buyer in 1988. His desire to teach had not abated either, so when given the opportunity to attend Western Seminary while working for a church, he went back to school and earned a master of divinity degree in 1992.

Brandenburg served as a pastor at churches in Arizona and Texas until 1997, when he became a network specialist coordinator at the University of Texas Health Center at Tyler. During those years he also consulted independently, was an adjunct instructor at Tyler Junior College (up to 2016) and was director of technology at Grace Community School in Tyler from 1996 to 2015. He stepped aside when he was promoted to executive director of enterprise technology at UT Tyler in 2015.

With a wealth of experience and planning, Brandenburg began 2020 in his new job at UMHB.

“Fortunately, I was able to develop relationships with my team members before the pandemic,” he says. “However, for as well as everyone pulled together on campus to get through the pandemic, we give credit to God, providentially, because the people and things we needed to manage this were already in place for us.” 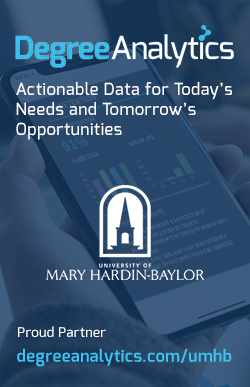