Getting IT innovation down cold

Back then, all inventory was recorded and tracked on paper. Accounting errors were commonplace, and enterprise resource planning platforms (ERPs) belonging to Frialsa’s customers were disconnected from the company’s WMS. If a grocery chain requested a large shipment—say, 1000 cases of chocolate ice cream—Frialsa staff would hold their breath, unsure if the warehouse had enough to ship. 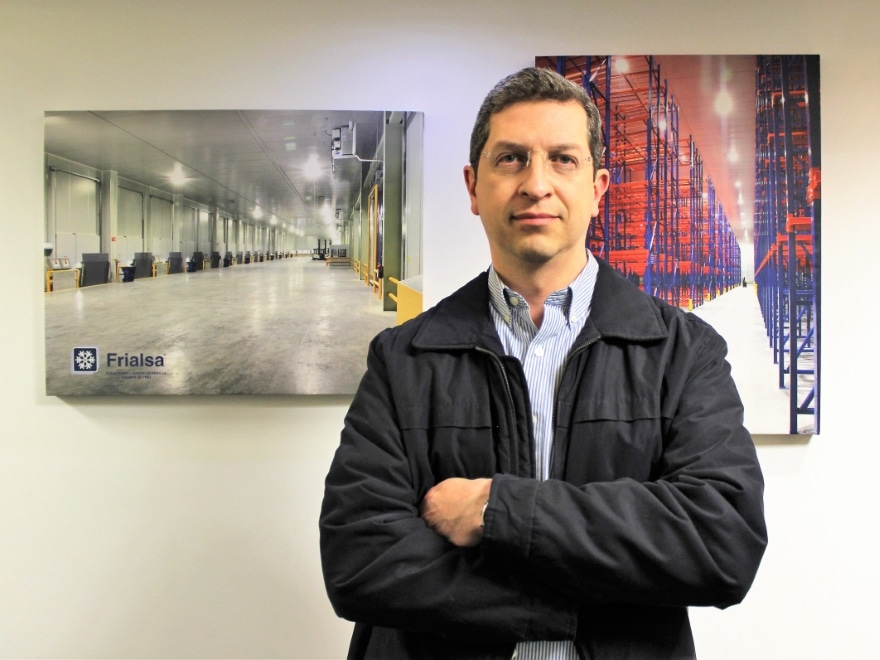 Fast-forward two years. Thanks to a new WMS, Frialsa’s fill rate—one of the industry’s most important key performance indicators—was at an all-time high. More importantly, inventory could now be tracked digitally, with employees required to validate the stock using radio-powered devices throughout the warehouse.

“The new WMS allowed us to be both faster and more precise, which is not an easy thing to do,” Equihua recalls. “Once we saw what was possible, we had to keep on raising the bar on time and accuracy. That’s been the process.”

The project was so successful, in fact, that Equihua was promptly promoted to chief information officer, a title he’s held ever since. Since then, he’s worked across the company ecosystem to revamp all enterprise systems, including payroll, ERP, customer resource management platforms, HR tools and a user-support help desk.

Now, more than a decade later, Equihua is spearheading efforts to make Frialsa’s WMS even more efficient across all of the company’s 25 distribution centers, as well as the more than 1,000 delivery locations served by Frialsa.

The goal, Equihua says, is to cut a process that once took 24 hours or more—between when an order arrives in the warehouse and when it’s shipped to retailers—by more than half. 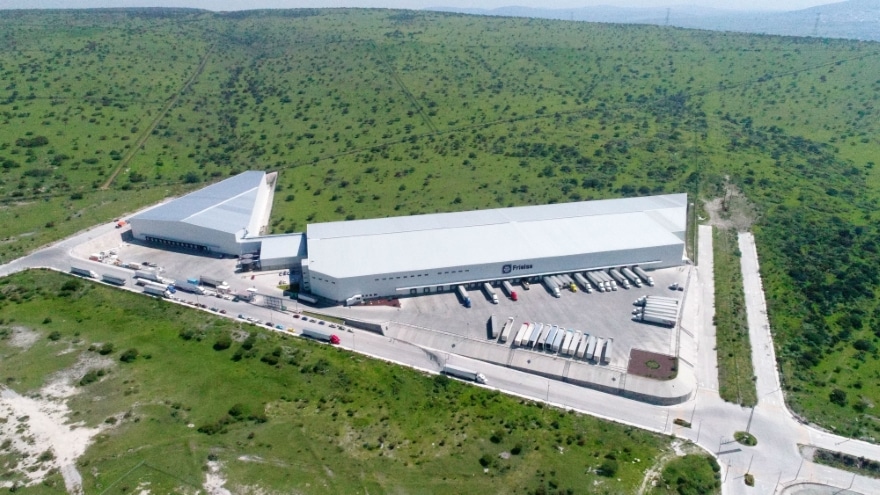 One upgrade, which Equihua says is currently in the works, involves allowing Frialsa’s customers to manage and track their own inventories, both through product code and expiry dates as well as unique item identifiers such as weight or serial numbers.

To do that, Equihua and his team are using electronic data interchanges (known as EDIs) that connect Frialsa’s WMS platform with their clients’ ERP platforms. What’s more, the EDI can tag individual products through the use of radio-frequency devices, giving them a real-time look at what and how much is available, when the next shipment will be arriving from the distributor, and other details that can be uploaded to the cloud and traced.

“As a third-party logistics provider, we service more than 200 national and multinational customers, so the challenges from an operational standpoint are significant,” Equihua says. “But the more eyes we have on our inventory, the more efficient the delivery process will become.”

Tools of the trade

Shortly after speaking with Toggle in early January, Frialsa went live with a new voice-directed warehousing (VDW) system which works in tandem with the WMS to direct operator movements. Using a headset connected to a small wearable computer, warehouse employees can now receive verbal commands—which products to retrieve, where a new shipment needs to be stored—directly from the WMS.

According to Equihua, process efficiency isn’t the only thing that stands to improve.

“Safety is a big concern in warehouses of this size,” Equihua explains. “With this tool we can prevent accidents caused by people going to the same place at the same time or from people having their hands and sight busy while doing case picking.”

The company is also keen to explore artificial intelligence to address the hundreds of support requests Frialsa receives every day from its system users, who often require immediate attention due to the demands of certain mission-critical operations.

Before long, when an HR staffer submits a ticket about a computer virus, AI will be dispatched immediately to quarantine the corrupted file. There’s even potential to use the technology for things like payroll, accounts receivable and other mundane accounting tasks.

The use of augmented reality (AR) is also a possibility. Here, Equihua envisions using the tool to virtually train warehouse employees to properly catalog shipments and fill orders.

“The reality of our business is that there’s a lot of turnover, so training for complex systems tasks can be a challenge,” Equihua says. “Something like AR can help users better and more quickly comply with the system.”

For Equihua, the unifying goal is to create a more uniform logistics framework. Currently, he and his team are putting in place a new transportation management system (TMS) that will not only replace the legacy application, but will seamlessly interact with the WMS and be available through personal mobile devices (through HTML 5 technology).

The cornerstone of this initiative is what’s called a logistic control tower, a framework designed to provide better supply chain visibility, both for Frialsa’s 200-plus customers and for the company itself. 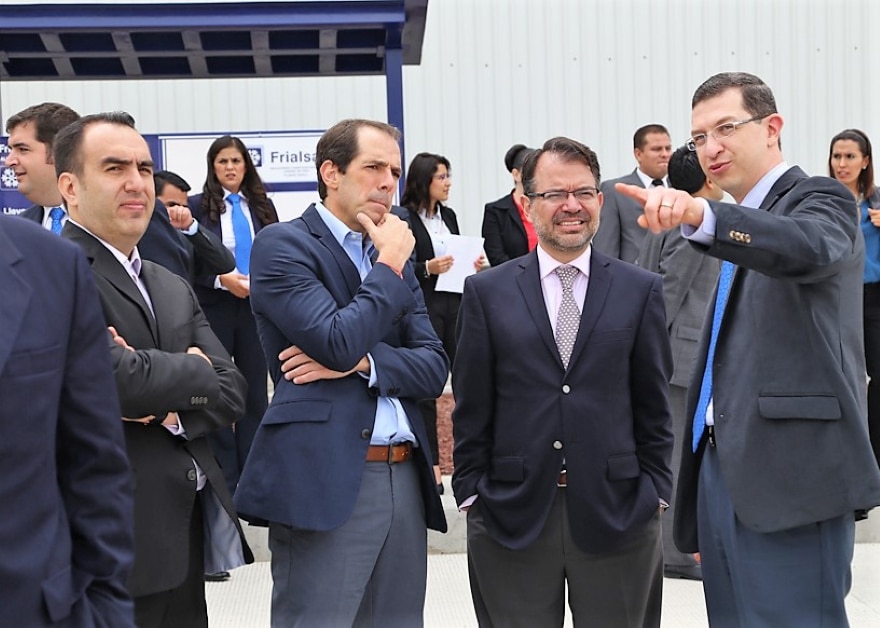 By gathering data from distributors, customers, security vendors and others, Equihua and his team are creating a consistent format of data to help each stakeholder be more strategic in their day-to-day operations.

“Our intention is to provide better order cycle visibility and business intelligence to improve key indicators like fill time and delivery time,” Equihua says. “It’s not exactly artificial intelligence or machine learning, but the effects are just as powerful.”

The tools and solutions Equihua has helped spearhead are among the country’s most respected, leading to an eight-year run on the 99 Best Mexican Companies list, as awarded by a cadre of corporate luminaries: Citibanamex, Deloitte and the Instituto Tecnólogico de Estudios Superiores de Monterrey (ITESM). 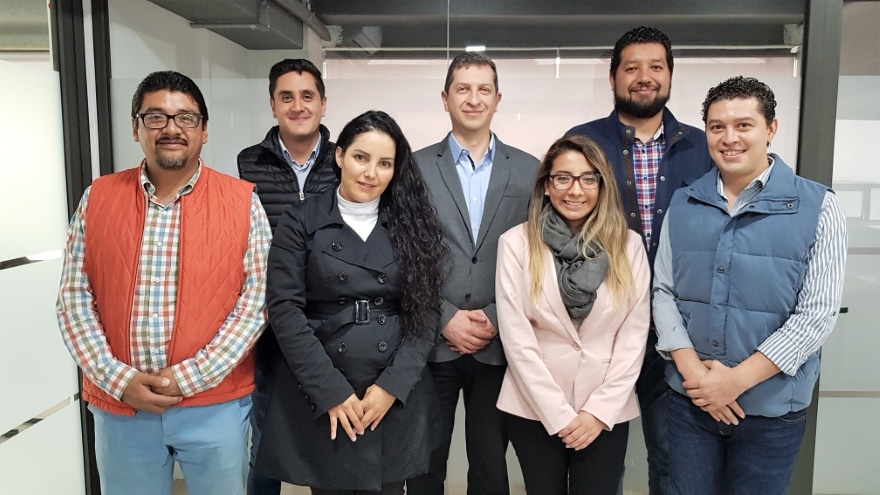 But Frialsa’s improvements and bottom lines aren’t the only places where Equihua’s impacts are being felt. As a member of the nonprofit National Council of Executives in Logistics and Supply Chains (CONALOG), Equihua is leading efforts to develop the next generation of logistics professionals, through the creation of a nationwide, web-based network that will help deliver food and other essentials to areas affected by natural disasters.

“We’ve come a long way in terms of process efficiency, but there’s always going to be setbacks here and there,” Equihua says. “Our goal is to constantly improve, and that’s exactly what we’ve done.”