Tech drops in to prevent students dropping out

Sometimes, the hardest thing about going to college can be staying there. When things get tough in the classroom—a lesson goes over your head, the reading starts piling up—it’s easy to get discouraged. Without direct intervention, certain students might start to believe no one cares.

At Barry University in Miami, student engagement and success are especially important. Founded in 1940 by the Adrian Dominican Sisters, the school’s mission was to create inclusive educational opportunities for a diverse body of students—in south Florida this includes a large number of students of Hispanic descent. 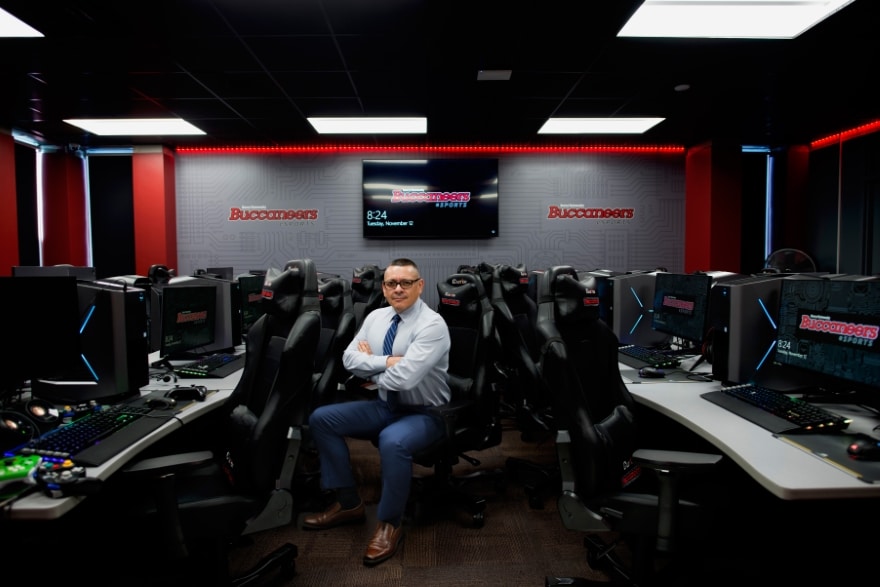 Hernán Londoño would know: He was one of those students.

Beginning as a computer lab supervisor during his sophomore year, Londoño has spent the last 20 years in a variety of tech-related roles. Now in charge of the entire tech department, Londoño is harnessing the capabilities of today and tomorrow to keep his alma mater true to its mission.

“It will take innovative thinking and the disruptive mindset that goes with it,” says Londoño, associate vice president for technology and chief technology officer, “but that is seen as a cool thing in leadership in IT.”

What Londoño has in mind is using AI in concert with Barry’s new wireless infrastructure to create an early warning system for the school to work with at-risk students. The starting point comes when a student logs into the university’s network.

“As an example, a student needing a developmental course in math may have attendance taken by their device,” he says. “Then, if they have been recommended for tutoring, we can see whether they make the trip to the tutoring center, or even if they are somewhere else on campus.”

AI, likely from the Microsoft 365 platform already used at the school, could then be deployed using data from the school’s learning management system, and Barry staff could then reach out to an underperforming student to offer assistance. 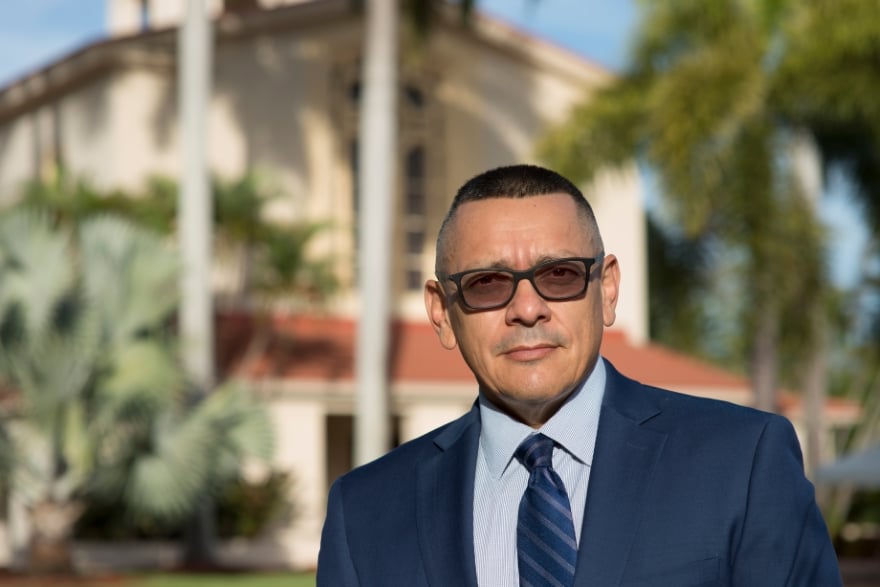 “It could lead to a call for early intervention, but without the sensors it would be difficult to know these things as close to real-time until it is perhaps too late,” he adds. “The wireless network becomes a sensing fabric, pervasive like a big piece of cloth everyone can touch.”

Londoño says the early warning system would be a great way to use tech to boost student retention rates. The school’s efforts have caught the attention of the Campus Consortium, a collaboration of schools that provides IT grants. In November 2019, Barry University received a total of $350,000 in tech grants spread over five years. The grants will help implement automated password resets for campus staff, better manage identity and access to school systems, and better allow staff and students to shift between programs and interfaces.

Londoño is not playing games as he guides high-tech advances at Barry. Well, actually, he is to a degree as he develops the school’s esports programs. Esports are a developing trend—bringing competitive gamers together from schools of all sizes for competitions and tournaments. Barry’s program has another edge; it also gives computer science students an opportunity to strut their stuff.

“Although the program is just in its beginning stages, we are already planning to add a twist by connecting the computer science students and the athletes with a game design track,” Londoño explains. “Students can design games using the perspective of the athletes, who can also test the games. You create a seamless, cohesive learning environment.” 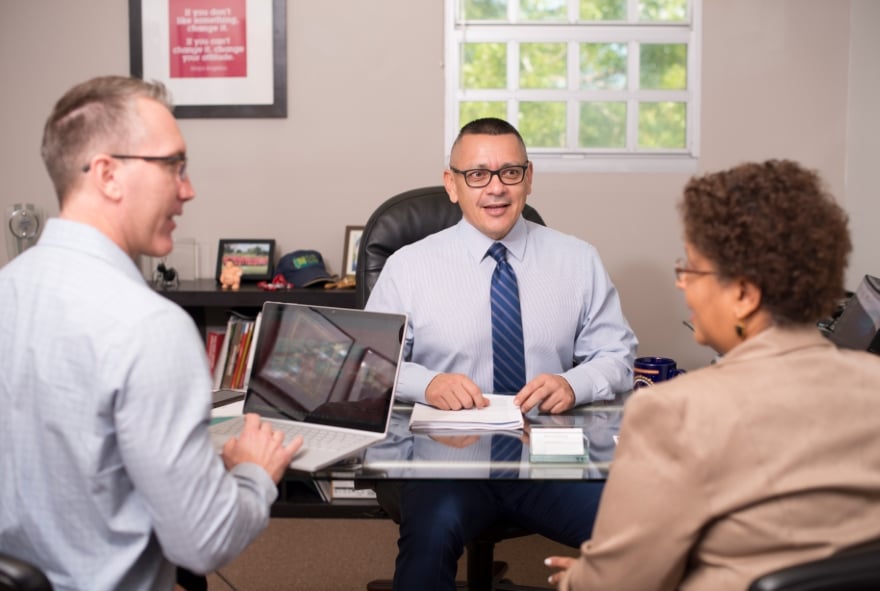 Londoño also sees huge potential in the improvements made in virtual and augmented reality. Advances have not come as a surprise to him, but they have piqued his imagination.

“In the early years, it was a little gamish, it did not look so real,” he says. “When you think of it in my profession, it opens all sorts of doors for use by students, maybe on medical or health care side. Just imagine, people who need to dissect animals in their studies will not need a real animal, and they can do this over and over and over again until they get it right—they can even do it at home.”

With the advent of AI and its applications for student engagement, Londoño says cybersecurity is even more crucial.

He started the school’s Information Security Office in 2012, working with threat defense platforms including Vectra, FireEye and Cyphort. This also led Londoño to join an advisory board for Cyphort to improve its product. Ultimately, he would like to see more cohesion in maintaining cybersecurity at Barry University and in general.

“It is very reactive, and there is a high fragmentation of tools,” Londoño says.

Londoño’s efforts to make Barry’s tech cohesive and beneficial are also a way to give back to the school. After coming to the U.S. from his native Colombia in 1992, he earned both his bachelor’s in computer science and a master’s in information technology from the school. He joined the Barry staff in 1998 as a computer lab supervisor.

Londoño, 49, also holds a Ph.D. in computer information systems from Nova Southeastern University, which he earned in 2013.

He gives back off campus, too. In 2003, in his first community service project, Londoño taught at-risk kids in the Overtown neighborhood of Miami how to build and repair computers. He has also taught them how to write code.

As a member, and then vice chairman of the board for the nonprofit South Florida Digital Alliance, Londoño helped secure a $1 million grant from Microsoft to help increase technological literacy for disadvantaged populations in Miami. 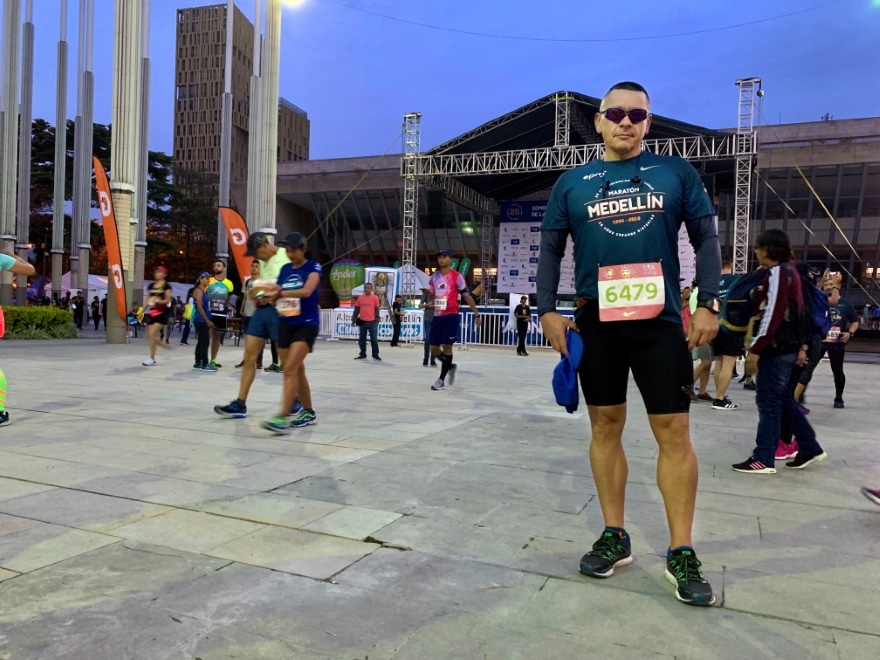 When he finds time to relax, Londoño enjoys wine and cigars, and has traveled to the Dominican Republic and Nicaragua to sample cigars. Yet as hard as he may push himself on campus, Londoño pushes just as hard as a triathlete in Iron Man competitions. The most difficult point in the competition comes near the third stage, he says.

“It probably comes right at the beginning of the last leg, which is running a full marathon,” he says. “Then you are getting off the bike after riding 112 miles, changing your shoes and setting your mind to run a full marathon.