Located in the southwest corner of Alabama, Baldwin County is one of the largest, fastest-growing parts of the state. With 47 school campuses and some 30,000 students, the Baldwin County Public Schools serve an expansive area.

Supporting these small communities, in which more than 70 percent of students qualify for free and reduced lunch, the Baldwin County Schools have connected students and parents through innovative and uplifting technology initiatives that are putting devices in the hands of students that normally wouldn’t have access to the doors technology opens. The district has been 1:1 since 2011 and is now shifting to Chromebooks for every student, K-12. 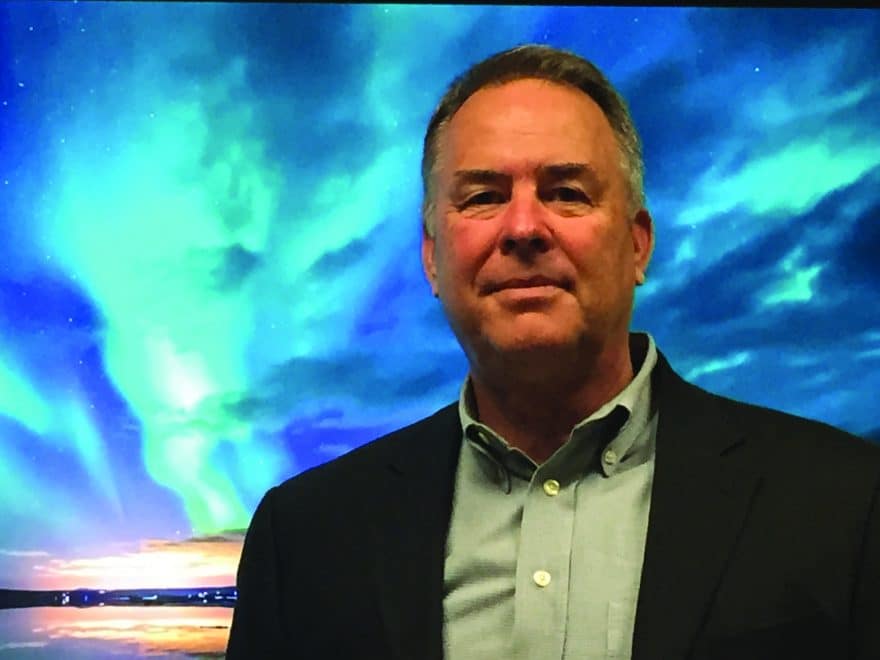 Homer Coffman spearheads these efforts as the schools’ lead technology strategist, chief technology officer and member of the Baldwin County Board of Education. Coffman oversees a staff of 21 information technology (IT) professionals, including 14 service technicians and network engineers and seven certified teachers that mentor and coach other staff members on instructional technology.

The only constant is change

Coffman, a retired Navy commander who worked on some of the military’s first digital upgrades and software engineering, has been in the tech field in some capacity for more than 30 years. After many years in the field, he says his role and the role of his staff is changing as a result of the influx of technology in schools. “The only constant is change,” he says. “This presents a challenge for education, which for years has been an institution shaped by tradition and structure.”

There is some resistance in the shift from brick and mortar classrooms and textbook instruction to digital classrooms served by computers and devices. “There is this concept that math is math. While this is true, how you engage students in this subject and leverage the concept of teaching math is changing, spurred by technology,” says Coffman.

Coffman says the toughest thing educators face is adjusting to this change and embracing it. “A teacher’s job is difficult enough — they don’t need one more challenge,” he says. “But I have to remind our teachers, because of the nature of technology, they have to prepare for more challenges. One of the biggest things the IT team has to work on is teacher adoption, even more than the technology itself. We have to show them that this technology will add value to their instruction before they will consider adopting it.”

To show teachers and staff the value in technology and to ensure there is a certain level of comfort before anything is introduced into the classroom, Coffman and his team host many teacher training sessions and ongoing professional development opportunities. “We’re involved in EMINTS training, which focuses not just on the technology itself, but how you integrate it into the classroom and into the curriculum,” says Coffman. “This program is out of Missouri and we’re one of the largest success stories.”

Baldwin County Schools also hosts an annual summer conference called GRITC. “This conference is an intro into Google Labs and security, processes and privacy policy issues. We also bring in school administrators to participate in this,” he explains.

Teachers and staff also have strong mentoring resources at Baldwin County Schools. “We have ITS [information transformation specialists] that serve as teacher coaches if a teacher wants to enhance or improve their instructional technology,” explains Coffman. “We focus on the curriculum first and then technology second. There are cases when technology shouldn’t be used and we have to understand that. It’s about finding that balance.”

The transformation of education and the community

Although teachers are free to incorporate the amount of technology they want in their classroom, Baldwin County Schools have rolled out a 1:1 device program which launched in 2011. Before the 1:1 rollout, Coffman’s team was tasked with putting the robust infrastructure in place to support some 36,000 devices. “We have to be ahead of the curve as far as infrastructure,” he says. “We now have 5 gigs of internet and a strong network.”

With a majority of Baldwin County School’s student population qualifying for free and reduced lunch and government-funded services, Coffman says the 1:1 program has really hit home for both students and parents. “Most kids did not have a computer at home and now they’re bringing their laptop home and it has pretty much become the family computer,” he says. “Our students are educating their parents on technology too and as a result, we’ve started to see a more skilled workforce and parents are realizing the necessity of having internet in their homes.”

“More local churches and businesses have started to offer free Wi-Fi too,” he adds.

Over the rest of the summer, Coffman and his team will shift the school laptops from the Macbook Air to Chromebooks. “This project will be completed by the end of the summer so students will start the new school year with Chromebooks,” he says.

With more devices like the Chromebook in the hands of students, Coffman says he’s seen a big transition occurring in education, something he began to notice in higher education while he was the chief information officer at the University of Southern Mississippi. “There are more computers in the public school setting, even more than in large universities,” he says. “This symbolizes a shift to more project-based, personalized learning.”

With the 1:1 program in place students have the opportunity to move at their own pace. “With these tools in the right kids’ hands, they can accelerate as fast as they want; teachers can assess their skills and determine where/which students they need to focus on to get up to speed,” explains Coffman. “If a student in third grade is reading at a fifth-grade level they can more easily do so with the help of this technology. The idea of the single-school house is coming back where multiple grades and learning levels exist in one room.”

Coffman says this is a slow progression though because the biggest obstacle is changing the institutional perception about how education must be laid out, but so far the results are clear. “We’re already seeing test scores increasing and student engagement is higher,” he says. “What technology is really doing is make a better student at the end of the day and that’s the goal we all value.”

In a field that changes every day, Coffman says his role is more than IT strategist —it is also about becoming a change manager. “We facilitate change by being engaged in the decision-making process,” he says. Whether that is through communication with the superintendent’s office or school board, this communication from the IT team is critical. “With this, we can facilitate change for the better,” adds Coffman.

Through his work with the Baldwin County Schools and the Baldwin County Board of Education, Homer Coffman is helping educators embrace change and guiding the right approach to technology that opens more learning opportunities for students.