Getting info-tech in tune

Music City USA knows all about singer-songwriter Keith Urban, but when it comes to bringing technology solutions to the greater Nashville area to address the needs of residents and visitors, there is a man named Keith Durbin who is worth hearing.

Largely because he, too, is a listener.

Chief information officer and director of IT services for Nashville and Davidson County since early 2009, Durbin had been elected to the Metropolitan Council two years earlier. He remembers how he’d often hear local frustration about not knowing the right person or department to direct a matter of concern to, be it about trash, sidewalks, potholes, road closings, relief services, loose animals or other city service needs. 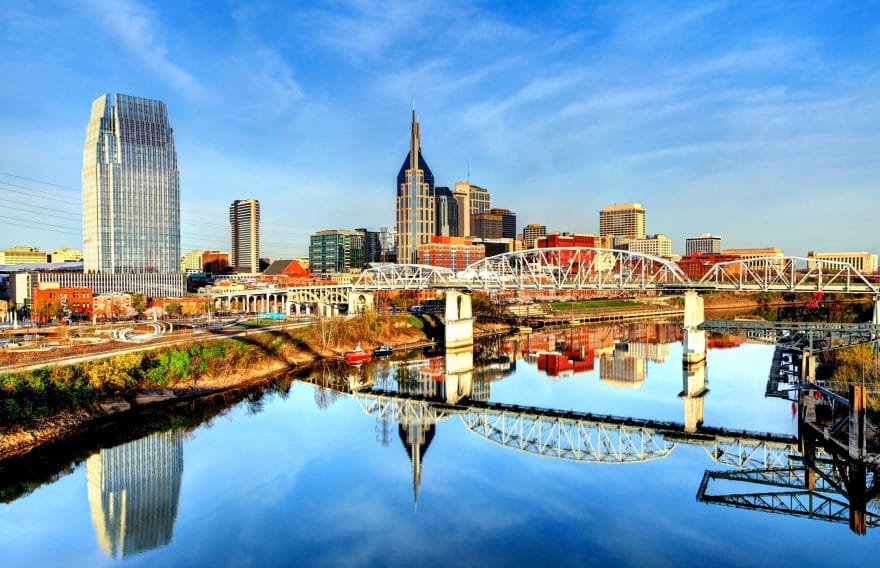 “The primary purpose of council membership is to be in a position to help your constituents, and many of them were frustrated,” the personable Durbin tells Toggle. “They wouldn’t know who to go to, they’d request help but never hear back from anyone, thus their problems went unfixed … until they came to their councilmember to cut through the red tape.”

“But why should a single elected official be the focus for commonplace concerns? It seemed very important for us to have a unified, centralized system for residents’ issues that would allow a single point of contact and provide for accountability on those issues.”

About halfway through his term on the Metro Council, Durbin was put in a position to organize just that kind of system. It has been an exciting eight-plus years of progress since former Mayor Karl Dean tapped into Durbin’s expertise, and as late summer was nearing fall, the CIO was upbeat about a new and timely initiative expected to be in operation by October.

The system, hubNashville, is part of first-term Mayor Megan Barry’s far-reaching agenda to make the combined city/county government more user-friendly via access to all non-emergency metro services through a vastly upgraded 311 service. Cutting-edge IT is an ever-moving target, and the need for it continues to grow exponentially with 100 new residents relocating daily to Tennessee’s capital city and its surrounding environs.

As Durbin points out, many of the new folks are millennials who have never known anything other than “baked in” IT services, and they’re sure to expect it in their new hometown. To better serve the evolving demographics of the city’s population, Nashville is also striving to make the 311 services available in Spanish and additional languages over time.

“Nashville’s a multicultural boomtown and Mayor Barry recognizes this,” says Durbin. “She wants to make it as easy as possible for all residents and visitors to have access to the information and services of the local government. Upon entering office two years ago, she charged her office and mine to bring together the technology, processes and organization to facilitate just that.”

Durbin helped establish a cross-departmental team to work on the project, including representatives from ITS, the mayor’s office, the Metro Council office and Metro Public Works. The team found many opportunities for improvement. Systems used by different departments were siloed in many cases and expectations for communication varied among departments, resulting in inconsistent responses. Not all departments collected service request data. Different points of contact could result in different answers to the same issue. Simply finding forms online could be a challenge.

With the hubNashville team pressed into action for over a year, Durbin is confident the changes will be noticeable.

“It’ll be a one-stop shop to access Metro services,” he says. 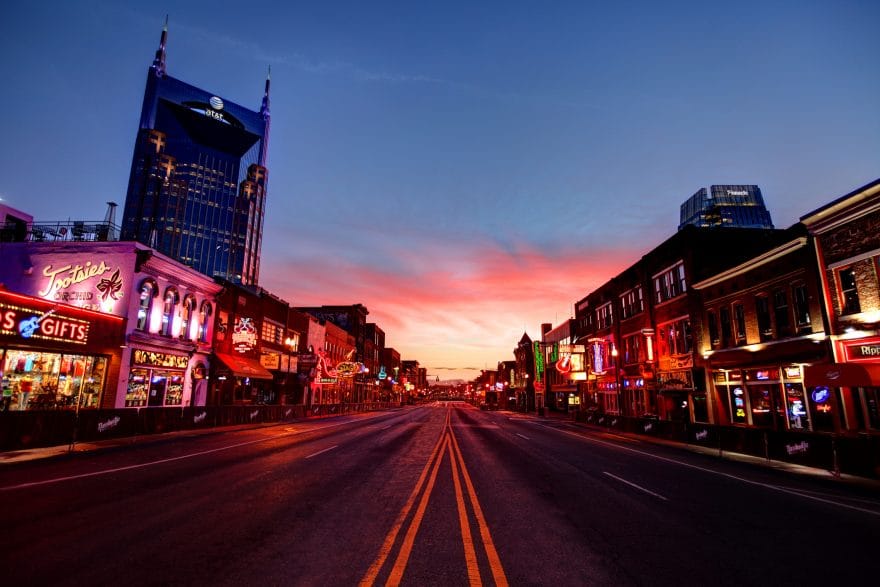 An “end-to-end resident experience across communications channels and Metro departments” is the way Nashville describes it. Various technologies, workflow processes and repositories will be utilized. Residents and guests will be able to submit requests for services, report problems, make suggestions and seek meetings with the mayor. Hub users will receive case ID numbers that they can use to follow how their concerns are being addressed. Even if they don’t personally follow their cases, they’ll be informed of the resolutions via email or text.

The team is taking an approach that will enable hubNashville to offer more services over time. Features planned for implementation in coming months include a mobile app, social media integration, text and chat capabilities, and issue workflows directly integrated into more departments’ systems.

Window to the wire

Among the catalysts for Nashville’s IT evolution was a situation that occurred a few months after Durbin was elected to the Metro Council, which served as an important learning opportunity for the government. A burglar threw a rock into a window of the Metro Election Commission building and stole an unprotected laptop that contained voter registration data.

“That really was the wake-up call, in 2007, for a new approach to information security,” says Durbin, who a year later, left the Metro Council to lead the ITS department as CIO, a position for which he was well qualified.

His father was a specialist in bank data processing from the mid-1960s, and Durbin says he practically grew up in data centers, began programming in COBOL in the 1970s and was an early adopter of personal computers, getting his first TRS-80 in 1978.

After graduating Emory University with a degree in finance, Durbin compiled extensive IT experience worldwide from 1989-1991 with Electronic Data Systems, the IT services company founded by Ross Perot. In recent years, Durbin has enhanced his professional qualifications with a Master of Science degree in public service management from Cumberland University.

Durbin also owned a small business providing IT consulting and training services and later held several positions with Nashville-based Hospital Corporation of America (HCA). He was deeply involved in community, serving five years as president of the Belmont-Hillsboro neighborhood association, which inspired him to run for the District 18 Metro Council office. 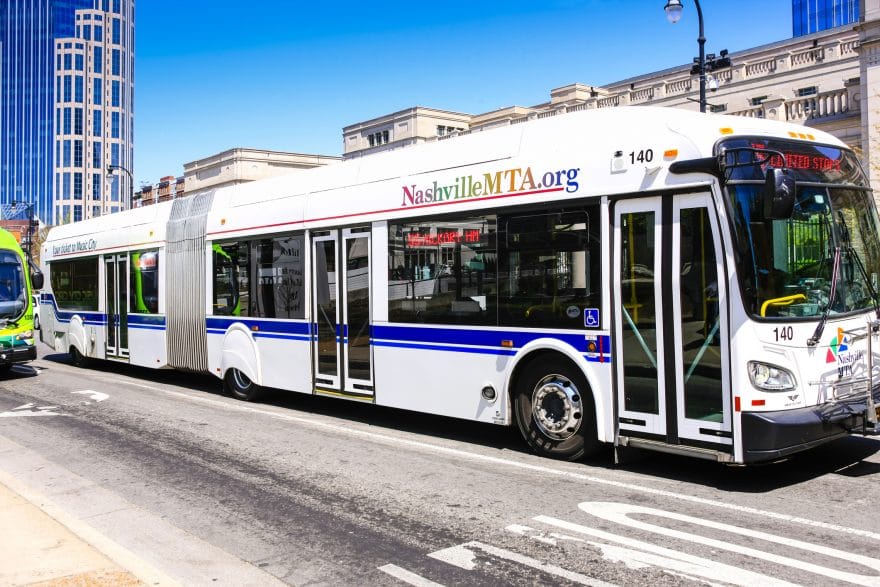 “I saw the difference one individual could make,” says Durbin, who, with the neighborhood association, was instrumental in the creation of a historic preservation zoning overlay safeguarding the interests of over 1,100 properties. “Through that role I had the chance to speak to neighbors and really get to know the thoughts of communities.”

He also was the first openly gay person to be elected to any legislative office in Tennessee when he won the Metro Council seat, and sees Nashville’s social progress extending into other areas. Under Mayor Dean, the city turned back a referendum calling for all official business to be conducted in English only.

“That was a huge success and is seen as helping to propel Nashville’s profile as a welcoming community,” Durbin says. “That helped set the mindset that hubNashville couldn’t be created to support English speakers only. We’re reaching out to Hispanics and people of Middle Eastern ancestry, and we’re not stopping there. We’ll continue to use the technology tools at hand to make Nashville a most welcoming place.” 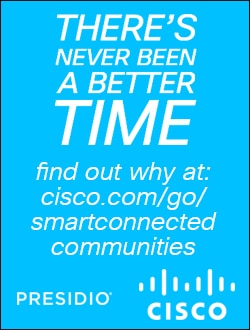