Better IT keeps Pocatello from being its own private Idaho

OMG, who could resist that furry little face? Those eager eyes and quivering nose? This is an animal ready for a new home with a loving family.

But this story isn’t about adopting a puppy or kitten. It’s about tech improvements in Pocatello, Idaho, such as a fiber optic network and webcams, soon to allow online visitors to its Animal Shelter to see which animals are ready for adoption.

Oh, and if the sprinklers suddenly come on when you’re walking your new pet in the park, it’s because the fiber optics are also at work in Pocatello’s Parks and Recreation Department. 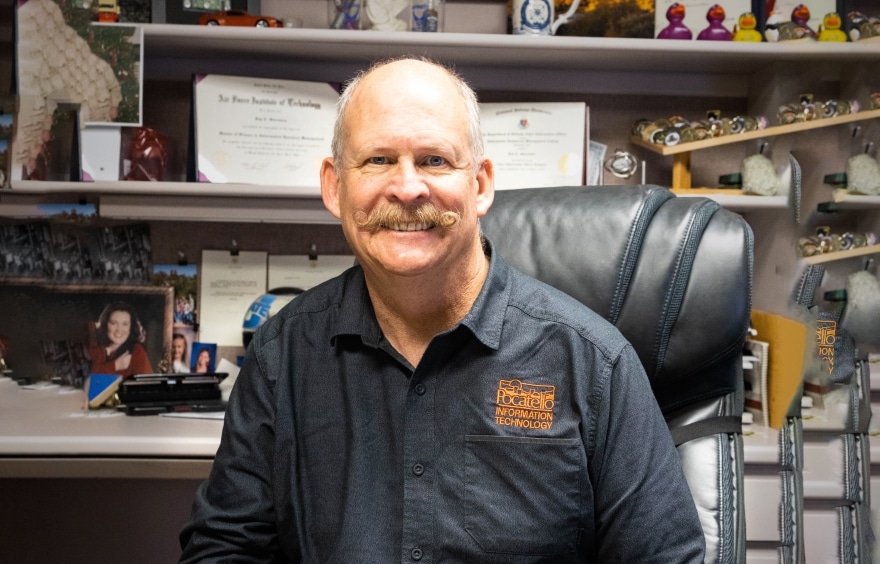 Pet visits and plush lawns are some of the ways better IT is making it a more livable city after seven years of tech upgrades by CIO J. Chris Sorensen. But it isn’t only puppies and kittens that matter to him—the improved cybersecurity matters most. Because while bad actors no longer ride into town on horseback looking for trouble, they can still cast phishing lines.

“I have people who do not want to open emails from anyone they don’t recognize, and I like that,” he says with a chuckle.

It’s not that Pocatello, a city of 55,500 people in southeastern Idaho, hasn’t entered the 21st century. It’s just that its municipal technology was once straggling on the path, Sorensen says.

Hired by the city in November 2014 after retiring from the U.S. Air Force, he could be excused if he feels he’s done a century’s worth of work in modernizing Pocatello’s IT infrastructure. And Sorensen is not reserved when talking about making digital changes, including the newly redesigned city website or a soon-to-be-launched timecard system for employees.

Nor is he reticent to talk about how his Air Force experience, creating cohesive networks and systems—on the fly, if needed—has served him well.

“Most bases are just like a big city, you have some of the same basic functions,” Sorensen notes. 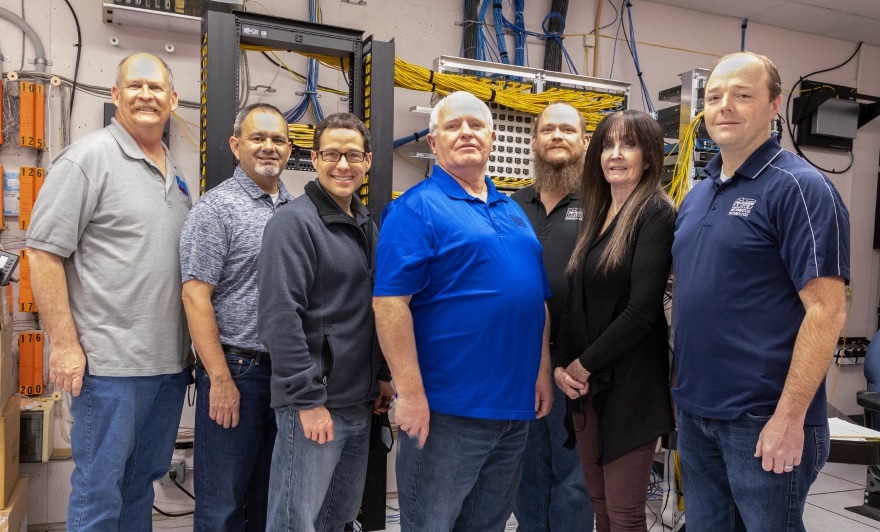 However, unlike cities, bases don’t have elected officials to appease, but do have similar varied needs such as finance, public health, law enforcement and parks and recreation, all requiring digital infrastructure, but not necessarily for the same reasons.

Sorensen and his team of six are adding automation to Pocatello’s services, including online payments for permits, utility bills and administrative fees. The new website, launched in February and managed by CivicPlus, is easier to use and better suited to mobile applications, he says.

The fiber optics linking the network make it run faster and more reliably, enabling sprinkler control in parks and powering cameras that can change timing intervals on traffic signals to work with the flow of traffic at city intersections. An ongoing project, slated to be finished in 2022, will shift the municipal phone system to the cloud, enabling employees to channel office calls to cell phones.

Safe at home and in the office

Noting the city had not used virtual meetings before the pandemic, Sorensen explains that implementing the GoToMeeting helped the city comply with public access laws for transparent governing.

To enable employees to work remotely and securely, Sorensen supplied 75 Microsoft Surface devices to personnel throughout the city. They were the best choice because they’re lightweight, have Microsoft Office Suite and built in Wi-Fi, cameras and microphones, he says. After adding extra malware protection, expanding the city’s virtual private network and providing guidance to employees on remote access, municipal operations continued.

Pocatello City Hall reopened in July 2020, and as of February the maximum number of people allowed in meetings had increased from 10 to 50. Even so, Sorensen says if a hot-button issue is on a meeting agenda, he and his team also set up screens and sound systems in lobbies to accommodate larger audiences.

To slow the level of threats it faces, the city has also tapped into the U.S. Department of Homeland Security to monitor activity on its networks. Sorensen says there are typically 3.5 million clicks per week and 3,000 threats blocked. In combination with that free tool, he also works with the nonprofit Center for Internet Security to stay abreast of new threats, cybersecurity tools and best practices. 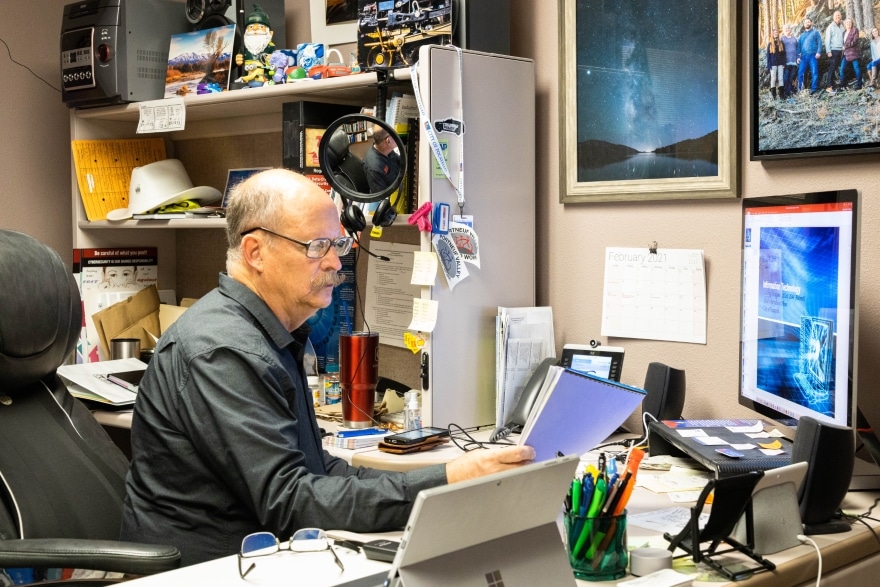 Though Sorensen draws from his Air Force experience, that wasn’t a sure career path, either. In fact, he was aspiring to a career in the outdoors. He grew up in Sandy, Utah, on the outskirts of Salt Lake City, and in 1984 earned a bachelor’s degree in range science with an emphasis on watershed management from Utah State University.

“It’s kind of like forestry without the trees,” he jokes about his major.

He’s also from a military family, and after joining the Air Force, he earned a Master of Science in Information Resource Management from the U.S. Air Force Institute of Technology in 1990, with a thesis regarding whether the Air Force needed to abide by U.S. copyright laws while integrating office computers and networks.

Sorensen is also certified as a CIO by the U.S. Department of Defense National Defense University. He enjoys teaching an IT policy management class about once a quarter that begins with a blast from the past, as he shows off the punch card and floppy disk that were once part of his workdays.

He was looking for a CIO role and a return to the area where he grew up when he joined Pocatello’s government in 2014, and collaborates as he leads.

“I give very broad strategic oversight,” Sorensen says. “Once we decide on something, I’m hands off and let my people do their work. I trust them and they never let me down.” 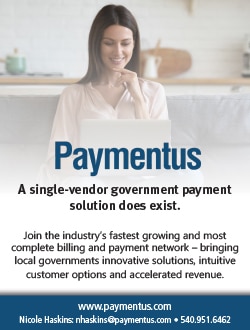