Rest assured, he’d be there to fix it, before moving on to the next school, the next minor malfunction. It was rewarding work, as work goes, albeit largely unseen. 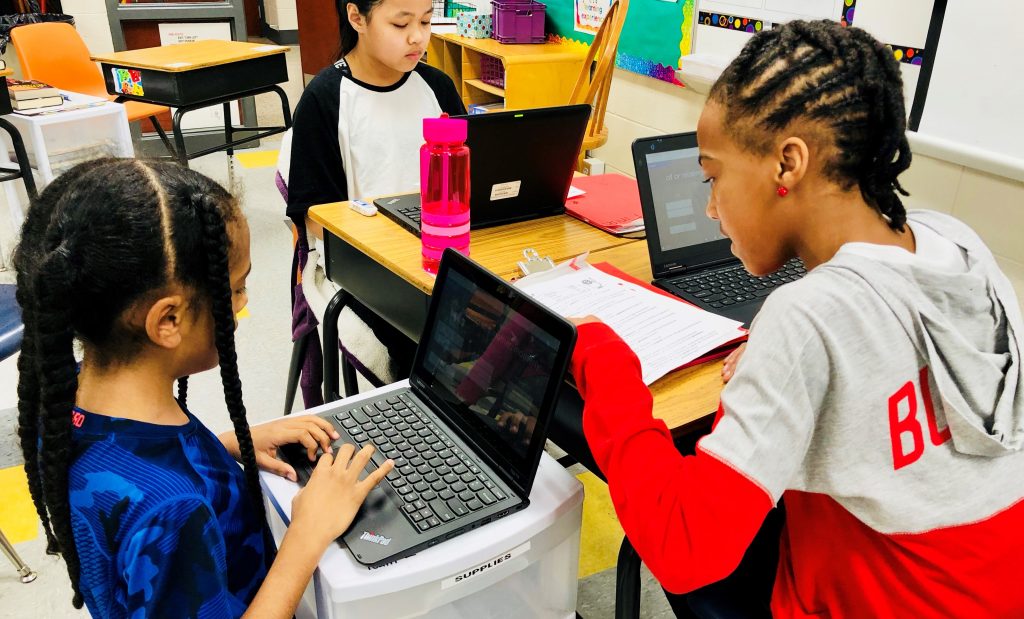 Today, Jack Byrd is front and center, his cell phone buzzing with messages from teachers and administrators on the front lines of a campaign that’s fast transforming FWCS into a model of tech innovation.

“We’re giving teachers the tools and resources they need to use technology to its full potential,” says Byrd, now in his 18th year as the district’s director of IT. “It’s not just about having the classrooms use the tools; it’s about using them effectively.”

As part of an ambitious five-year plan, FWCS plans to issue devices to all of its near-30,000 students—iPads for grades K-2 and laptops for everyone else—and more than 2,000 teachers and staff.

Even for the largest school district in Indiana, it’s a substantial investment (about $6 million per year). Like many states, Indiana uses what’s called a quantity purchase agreement (QPA) to determine which vendors and products will be made available to schools. Because of its sheer size, FWCS gets a significant discount for purchasing in bulk, which gives it the additional perk of allowing it to outfit teachers and students with the same tools.

Since 2006, the man tasked with delivering those tools has been Bill Sanders, now an account executive for ProSys, a global IT service management company with a location in Indianapolis. ProSys consistently offers the best bulk-buy price point and it also makes sure that all of the district’s devices are running as smoothly as possible—from physical maintenance to SCCM server support.

“I don’t have a better client than Fort Wayne Community Schools,” Sanders says. “Our relationship has always been a collaborative one, and they’ve been incredibly proactive in utilizing the suite of services we offer.”

FWCS plans to spend considerable time training teachers and staff on a new PowerSchool learning management system (LMS). Using updated language arts and math curricula as test cases, FWCS is mobilizing the LMS to develop model lesson plans that teachers can use as foundations for building their own courses.

In addition, the district has partnered with content provider Discovery Education, to enhance the LMS with resources designed to augment teacher lesson plans, reducing the need to track down materials through search engines.

Beyond the bells and whistles, PowerSchool also provides a number of core functions, including assignment administration, grading and a portal that allows parents to keep tabs on their child’s progress.

“If you have a kid in high school working on quadratic equations, this provides refreshers for you to re-familiarize yourself with the material,” Byrd explains. “Having that kind of engagement at home has an accelerative effect on the overall process.”

With teachers more immersed in the LMS, how kids use those iPads and laptops has become more involved, allowing for a more collaborative dynamic within the course material. The goal, Byrd says, is for schools to move the pedagogical needle forward through what’s known as the SAMR method of technology in education.

The first, most basic step—the S—stands for substitution; when technology is used without an underlying functional change process (like scanning an assignment and turning it into a downloadable PDF, a format that is impractical because it cannot easily be altered). 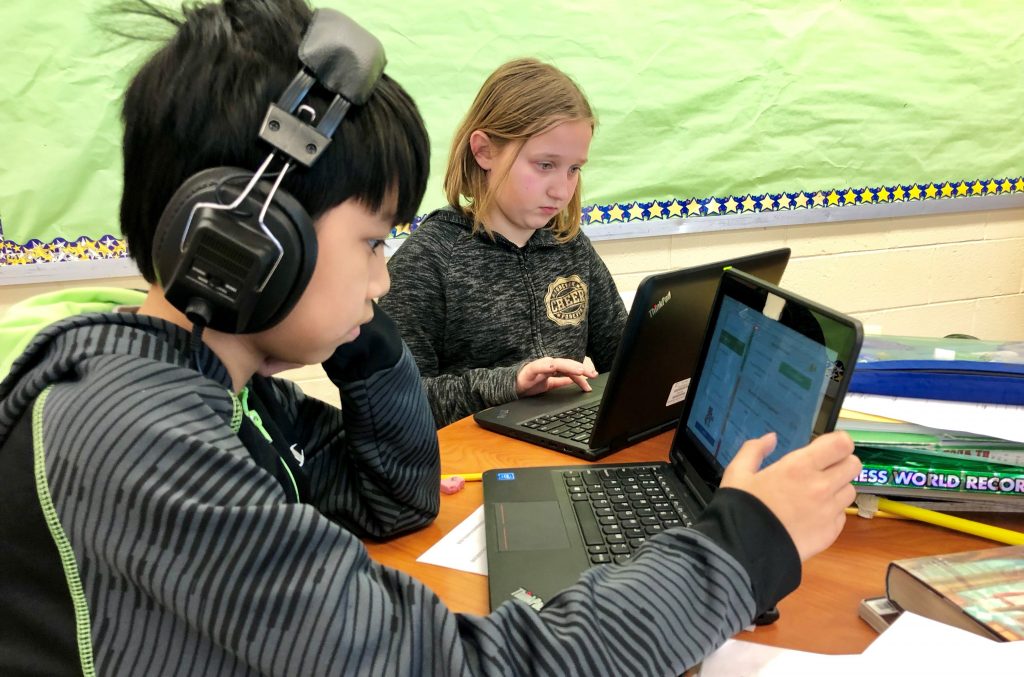 Augmentation (A) refers to the leveraging of technology to improve or streamline a particular function. With Modification (M), teachers use technology to fundamentally alter how the material is delivered.

But it’s the R—redefinition—that Byrd believes is the endgame, where tools allow for the creation of processes once thought out of reach. In one case, a teacher used videoconferencing to watch and interact with doctors conducting a knee replacement; in another, students used Skype to ask questions to the author of a book they were studying.

As FWCS scales the SAMR ladder, the district is eyeing another acronym, STEAM. Short for science, technology, engineering, art and math, the approach is less a curriculum than a theoretical framework encouraging 21st century skills.

To date, FWCS has identified four schools as candidates for a STEAM initiative, with another three slated to implement the more exclusively tech-focused STEM. All told, Byrd sees one skill in particular as the needle threading the STEAM tapestry together.

“We’re pushing coding in a big way, and at all levels,” Byrd says. “It’s a great way of instilling critical-thinking skills at an early age.”

Recently, Byrd sent two of his tech coordinators to Jefferson Middle School to get a first-hand look at how teachers were making use of new technology. Whereas the district had only mandated an hour of coding, during one week in December, Jefferson’s business and economics teacher had taken it a step further, using laptops to run lessons as part of the class’ core curriculum.

Byrd even sees an application in language arts, where coding can be used to teach students about logic in communication.

“That’s where we start getting into higher-order thinking,” Byrd says. “You’re not just giving kids information; you’re teaching them how to think and communicate effectively.”

To put that in perspective, some of the coding being practiced by FWCS high schoolers is, at its core, of a higher order than what ran the district’s lone computer the year Byrd was hired.

“To me, the most exciting things we’re doing are about more than the tools,” Byrd says. “By meeting kids and teachers where they are technologically, we’re setting them up for success.”