When four West Texas A&M students were part of Super Bowl LIV in Miami in February 2020, they took Buffalo pride with them to the big game. 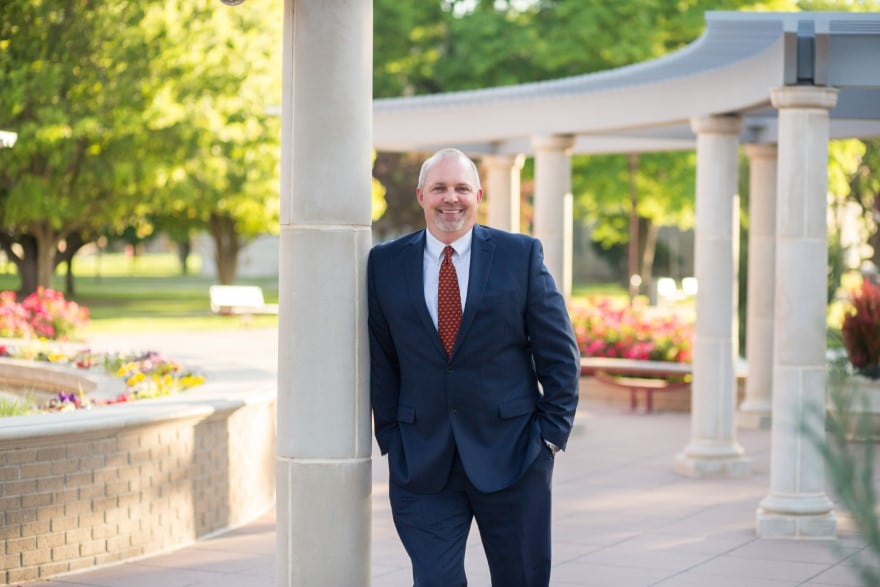 Only they weren’t in shoulder pads or helmets. Rather, they were there to help the 62,400 fans leverage the newest Wi-Fi technology to make the game come—and stay—alive.

“Some of our students who went had never been on an airplane or seen a beach,” says James Webb, the vice president for IT and chief information officer at WTAMU. “But here they were on one of the biggest stages in the world, showing what WTAMU students can achieve.”

Founded in 1910 in the Texas Panhandle city of Canyon, WTAMU began as a teacher’s college and became West Texas State University in 1963. In 1990, it joined the Texas A&M University System.

The university has 10,000 students (including at the nearby Harrington Academic Hall Amarillo Center) and it’s a great point of pride for Webb that it began offering online education in 1997—the early days of the internet—by building its own learning management system. 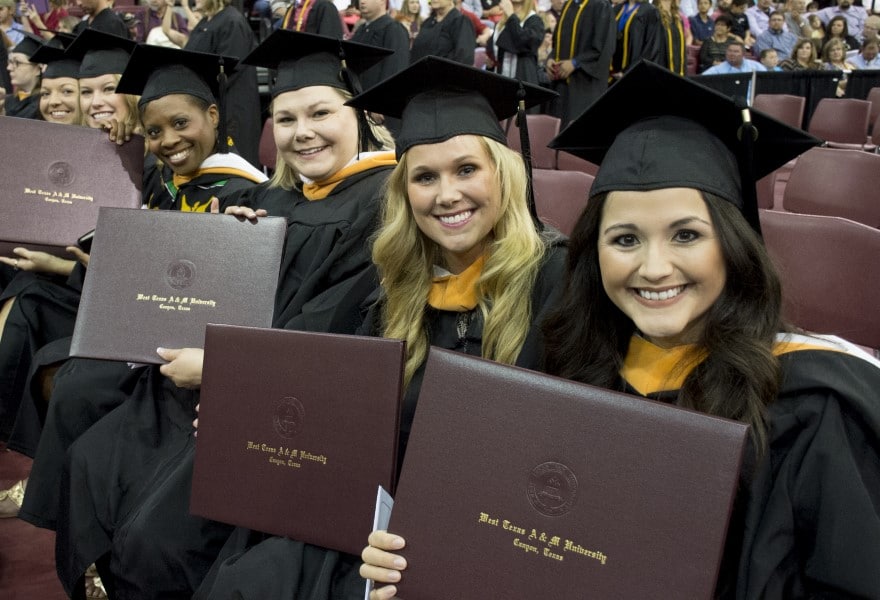 “It speaks to our pioneering spirit here in the Texas Panhandle; it was the catalyst to get us into this digital space,” Webb says, adding the university has always emphasized technological innovation to give students practical education—and a boost to their career.

In a region where annual rainfall is about a foot, knowing where and when to irrigate crops is crucial for water conservation, Webb says, and the sensors can also detect possible crop diseases as well as air quality and moisture levels.

So WTAMU is far from just a football school, but the sport is such a point of pride that students were the driving force behind the new $40 million Buffalo Stadium. Opening just in time for the 2019 football season, and paid for largely through student fees, Buffalo Stadium brought games back on campus and set new standards for its turf, locker rooms, facilities and seating—which includes concourse-level suites and club seating areas. 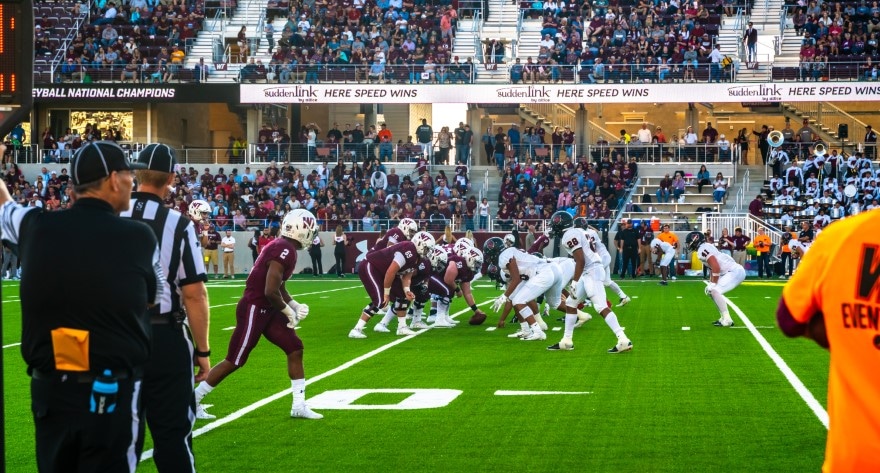 Buffalo Stadium in action. A student Wi-Fi coach can be seen in the background in the orange shirt and black cap.

The new stadium also took the nationwide lead when it came to keeping fans, coaches and media connected as WTAMU became the first university in the nation to install Wi-Fi 6 in a stadium.

But just as the athletes need the X’s and O’s from coaches to execute the plays, fans and media need coaching on making the most of Wi-Fi 6, he adds.

Webb put together a team of his own with 20 students volunteering as Wi-Fi coaches. They’d arrive about three hours before the game and hand out login instruction cards to arriving fans. Then they’d roam the Buffalo Stadium stands, assisting people using the network. And when the game was done, like football coaches studying film, the Wi-Fi coaches helped analyze network usage data. 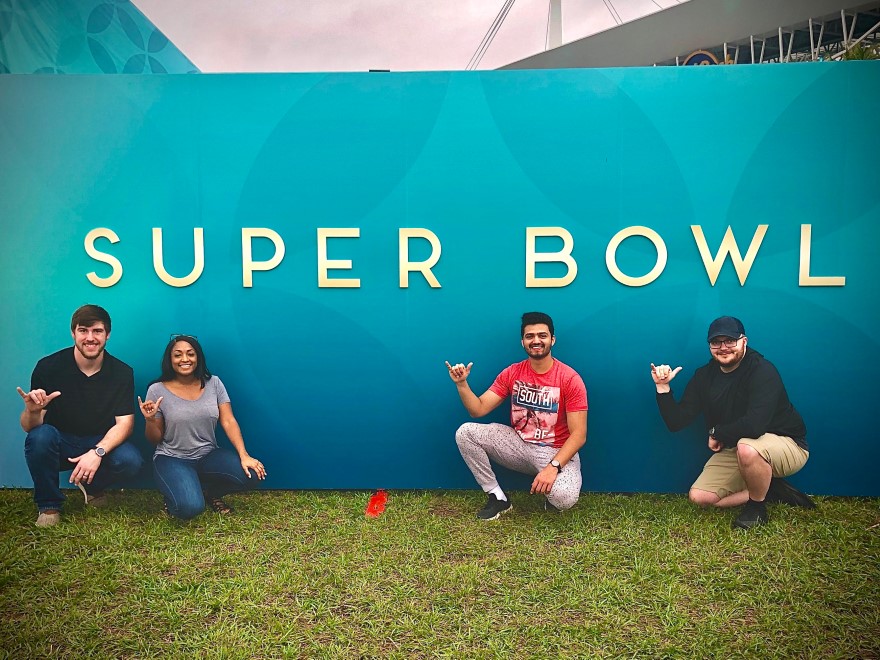 The 4 Wi-Fi coaches that attended the Super Bowl in Miami.

Game days were a seven-hour commitment, and not everyone could make each one. So when Extreme asked the school to provide coaches for its network at the Super Bowl, AJ Jagdale, Tina Ward, Beau Robbins and Matt Webb were chosen by a peer review vote based on attendance at games, leadership and personal initiative, explains Webb.

As part of a larger Extreme team of 20 coaches, the four learned about the network, then fanned out across Hard Rock Stadium in Miami to help fans use it. Webb, who gave up his stadium pass to allow a fourth student to coach, watched from his hotel room. Meanwhile, the students learned that like an NFL game seen from the sidelines, the network was much faster than imagined. 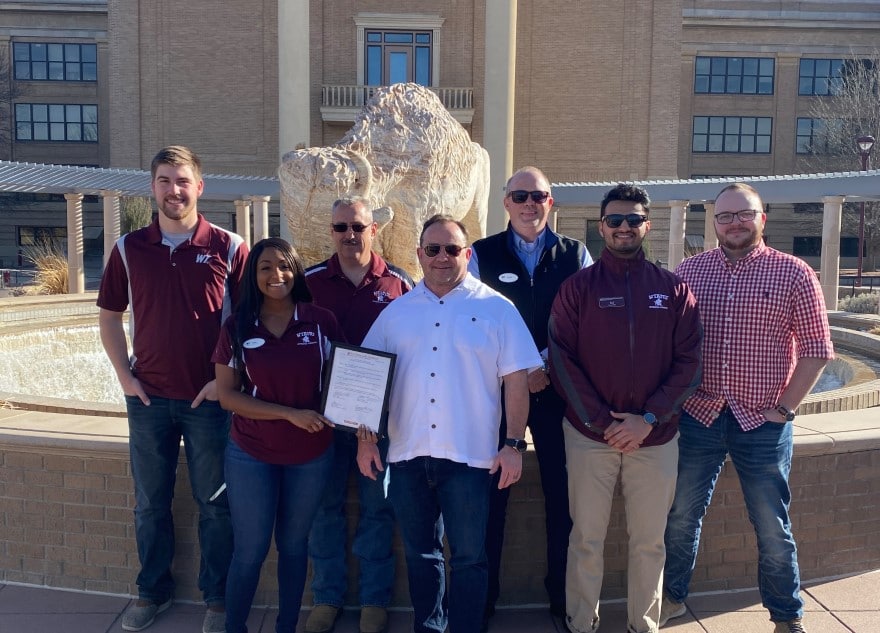 The Network Services Team with James Webb, which was taken by the Student Senate. They passed a senate resolution, in recognition of the Wi-Fi program at Buffalo Stadium and their involvement in the Super Bowl.

Ward, one of the coaches, called it a learning experience, teaching her even more about troubleshooting. Meanwhile, Robbins, another coach, said he walked 30,000 steps that day without realizing it. And while the COVID-19 pandemic may cloud the upcoming NFL season, if there’s a Super Bowl, WTAMU students are invited back as Wi-Fi 6 coaches, Webb says.

The pandemic closed the campus and Harrington Academic Hall in March, but learning continued remotely, leveraging digital foundations in place for more than 20 years—along with desktops, laptops, iPads and Wi-Fi hot spots provided by the university. Webb notes students also pitched in at virtual call centers.

Cisco Webex and Zoom platforms provide the connections between faculty and students. Webb says Zoom was added because it enables exam proctoring as well as another layer of redundancy, given increased global demand. 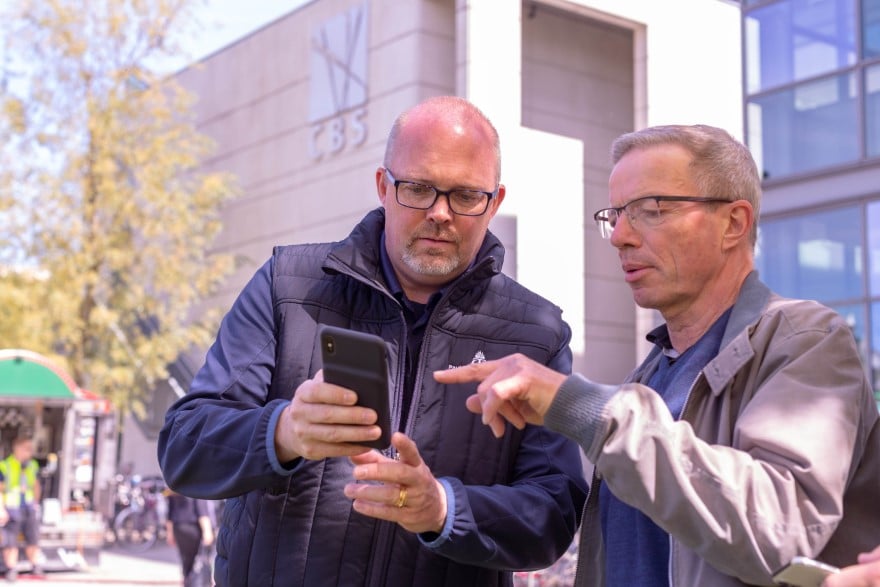 James Webb working with a faculty member at Copenhagen Business School on a study abroad trip last year with the College of Business students.

Worried the university could lose connections, Webb says he relied on Suddenlink Communications, an area internet service provider, to ensure the network was robust. He also boosted Wi-Fi signals into campus parking lots in Canyon and Amarillo, so WTAMU became a resource for the community as well as students.

A WTAMU graduate with both a bachelor’s in computer information systems and an MBA, Webb has long endeavored to leverage technology to connect education.

He began his career as a networking coordinator for the Northwest Texas Healthcare System in 1990, and was a systems engineer for Cisco and director of network operations for the Coalition of Health Services before joining his alma mater in 2004. Promoted to CIO in 2007, Webb knows WTAMU may not get to the big game every year, but it will create experiential opportunities for students.

“Students shouldn’t just leave the university with an education,” Webb says. “They should also leave with hands-on experience and exposure to emerging technologies in order to be well-rounded in a competitive job market.”