Greensboro born and bred, CIO Jane Nickles is changing how her city looks at data

Years ago, Jane Nickles was a dance major at the University of North Carolina, Greensboro, paying her way by working at a department store. She remembers the fateful day when a co-worker, bringing in a stack of classwork, introduced her to computer programming and inspired her to pursue it as a career.

Now, 30 years later, she is the chief information officer for the same city where she grew up, Greensboro. Unlike many CIOs, Nickles wasn’t hired directly to the position, but worked her way up through the ranks of the information technology department. This journey has given her special insight into IT and, more importantly, the needs of her hometown. 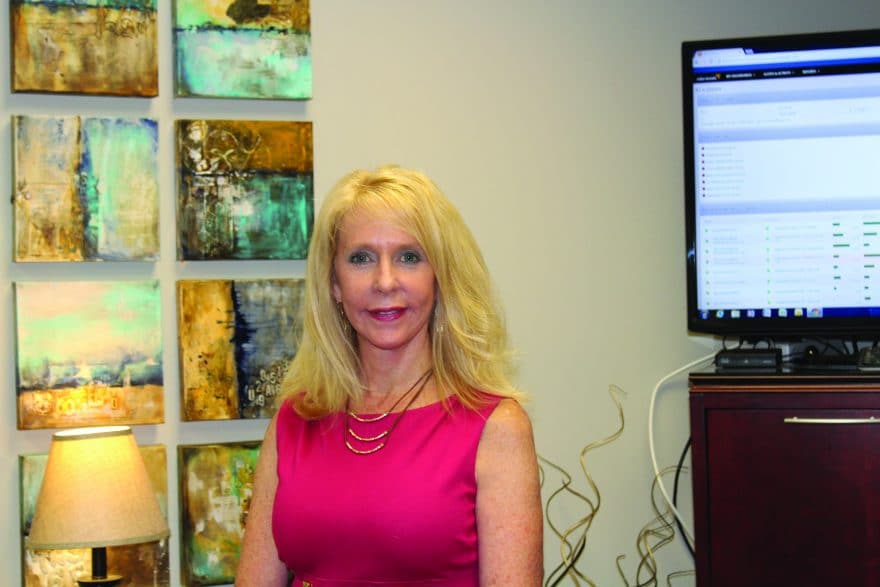 That journey began when she started working for the city in 1983 as a systems administrator and application developer designing Greensboro’s Police Case Processing and Building Inspections systems, among many others. Over the years, Nickles’ responsibilities increased until she found herself in charge of the city’s network infrastructure, including an extensive fiber network, 200-plus servers and the City’s telecommunications system.

By the time she became CIO in 2014, Nickles had decades of experience working for the City of Greensboro and was primed to lead the Triad Regional High Speed Broadband Initiative, or TriGig for short. The initiative combines the resources of neighboring cities—Greensboro, High Point and Burlington, as well as Guilford County and local universities—to bring high speed internet to an entire region known for its tech-savvy businesses.

Nickles says that TriGig is important because high-speed broadband access will make all of the city’s communications and services run that much more efficiently. For residents, high-speed internet means more access to data and an easier time applying for jobs, taking college classes, accessing tele-health services or working from home.

In the Piedmont Triad Region, this access will be through a miles-long system of so-called dark fiber, or unused, fiber-optic cables. Because the cost of installing cables comes mostly from labor and obtaining permits, many cities choose to install more cable than they need so that they can inexpensively expand their network over time.

By collaborating with other cities in the area, Nickles says that the plan is to leverage these dark fibers to encourage internet service providers to connect as many neighborhoods and businesses as possible. One of the goals of the TriGig initiative is to partner with an independent internet provider to “build new services into underserved neighborhoods for free or reduced prices.” As a lifelong resident of Greensboro, Nickles says she enjoys being able to give back to her community by creating equal access to technology.

When she’s not helping her neighbors get comprehensive internet, Nickles is helping to bring them more useful data. She’s currently doing this by leading Greensboro’s Open Data Initiative. In partnership with Bloomberg Philanthropy’s What Works Cities program, the initiative will give Greensboro residents easy access to civic information like permitting, local ordinance enforcement, traffic data and public safety information.

This information is not only useful for entrepreneurs looking for the best locations to build businesses, but also for commuters trying to find the quickest route to work, or a new family trying to find a safe neighborhood for its first home. Nickles says that open data can even help application developers partner with the city to launch new services in the form of mobile apps.

Nickles and her colleagues have already created a beta version of the city’s open data portal and are listening to feedback from residents. She hoped to unveil a live and finished version of the portal by late 2016.

Both TriGig and the Open Data Initiative reflect Nickles’ desire to make IT more visible to the public. In July, for the first time ever, the city fielded questions from residents via a Twitter Town Hall meeting. Residents asked what the data initiative would mean for local communities and what it meant for Greensboro’s future. Nickles says conversations like these are “part of gaining the trust of your community… and creating trust in government,” both of which are essential if the Open Data Initiative is to work.

Partnerships allow Greensboro to become a city of the future

Nickles is no stranger to facilitating conversations. As CIO, she has made it a point to form what she calls “strategic partnerships” with her colleagues in other departments in Greensboro.

For example, after sensing that fellow senior executives were “a little hesitant about the idea of releasing data,” she held meetings to educate them on the benefits of the Open Data Initiative. In response to their concerns, Nickles says, “You’ve got to be willing to put the good, the bad and the ugly out there. The good parts will shine through.”

In coming years, Nickles hopes one of those great things will be Greensboro’s evolution into a smart city, where transportation and other public services are fully digitally connected. “We’ve got the platform in place to be a smart city,” she says. TriGig and the Open Data Initiative will only improve that platform by expanding access to both high-speed internet and municipal information. If everything goes well, Greensboro’s residents will be able to access city services, track buses, monitor traffic patterns, find available parking spaces and more—all via smartphone.