When Daniel J. Ryan developed a computerized maintenance program for the Gulfstream II jet in the mid-1960s, the use of private aircraft for business travel was in its infancy.

However, Ryan’s maintenance program drew enough interest for him and three colleagues at Grumman (now Northrop Grumman) to leave the company and found CAMP Systems in 1967. The company (CAMP is an acronym for Computerized Aircraft Maintenance Programs) soon developed maintenance programs for customers including North American Van Lines and Trans Canada Pipelines. 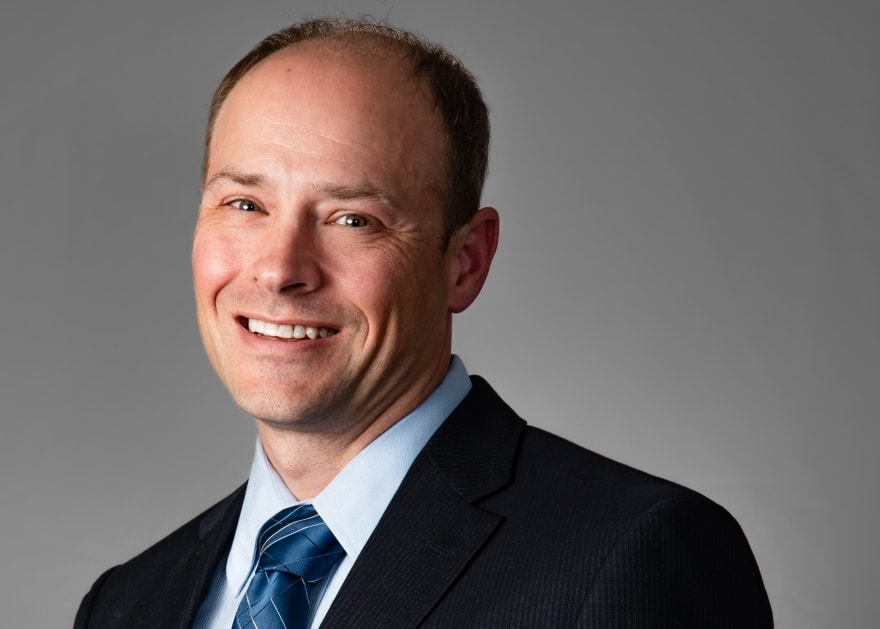 In the 55 years since, CAMP Systems has grown to offer maintenance and inventory management, engine health monitoring and flight scheduling services. It doesn’t make fleet repairs, but instead provides software and programs that tell customers when they need to service their fleets.

“We’re getting our customers to embrace new technologies and new ways of solving problems,” says Jason Buhro, vice president for products and technology, enterprise information systems business. With some clients still using paper-based systems, “we have a foot in the old world and the new world.”

Its software and programs are used by Boeing, Bombardier, Gulfstream and Embraer, according to the company website. Owned by Hearst since 2016, CAMP has grown through acquisitions of its own, with one of its most recent being Inventory Locator Service from Boeing in 2019.

Operating separately from CAMP’s Corridor and Quantum Control ERPs, ILS is a source for buying and selling aftermarket aviation parts. It also provides estimates on the worth of parts for its customers in commercial and private aviation. 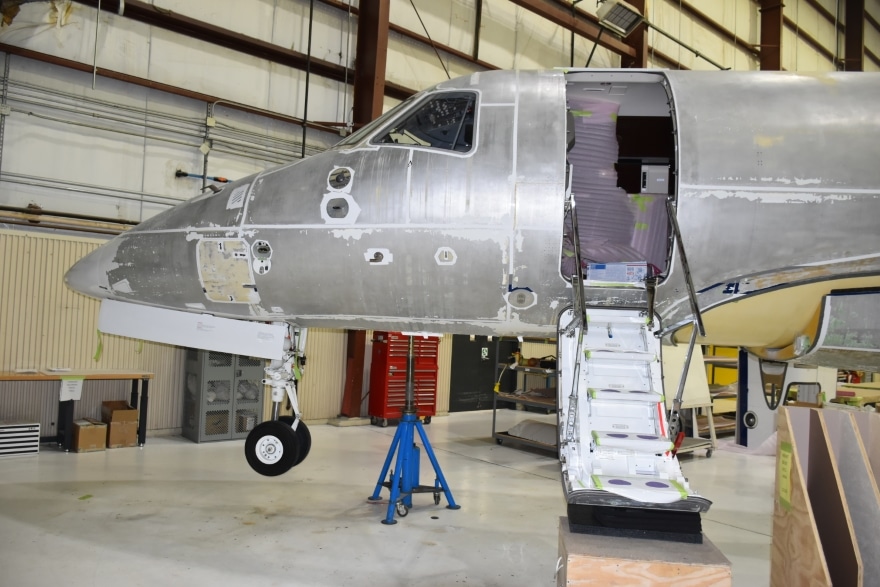 “We have core business systems built for flexibility, which is ideal for customers who know what they want,” he says. “A lot of what I do in my group continually evolves, given how people are doing business and tasks they want to do differently.”

While chatting with Toggle in April, Buhro was looking at a turbine blade for a jet engine. The serial number was etched into the blade but the print was so small he had to turn it to the light to read it better.

That, he says, is indicative of the challenges he and his team face as they work with customers. Buhro says CAMP can help improve operations by offering, for example, photo capabilities and scanning to record serial numbers, even with a smart phone, instead of someone recording numbers by hand.

Buhro and his team can link the cloud-based ERPs to a customer’s operating systems and other enterprise software systems to automate processing inventory and documenting aircraft service, which is crucial in the highly regulated industry. They’ve also provided customers with real-time chat to be used during inspections and maintenance.

“Our focus is on keeping software as out of the way as possible to allow a company to optimize what makes them money while minimizing efforts needed to meet their reporting and operational objectives,” Buhro says.

Buhro says Corridor and Quantum Control target business aircraft service centers and aircraft parts businesses such as distributors, manufacturers, maintenance, repair and operations with a bit of overlap. Refreshing them is tricky because existing customers want a modern look and added capabilities, but new customers can have different expectations and requirements.

“We have to retain the power of our interfaces but make them more intuitive and bring it up to speed while keeping long-time customers engaged,” Buhro says. 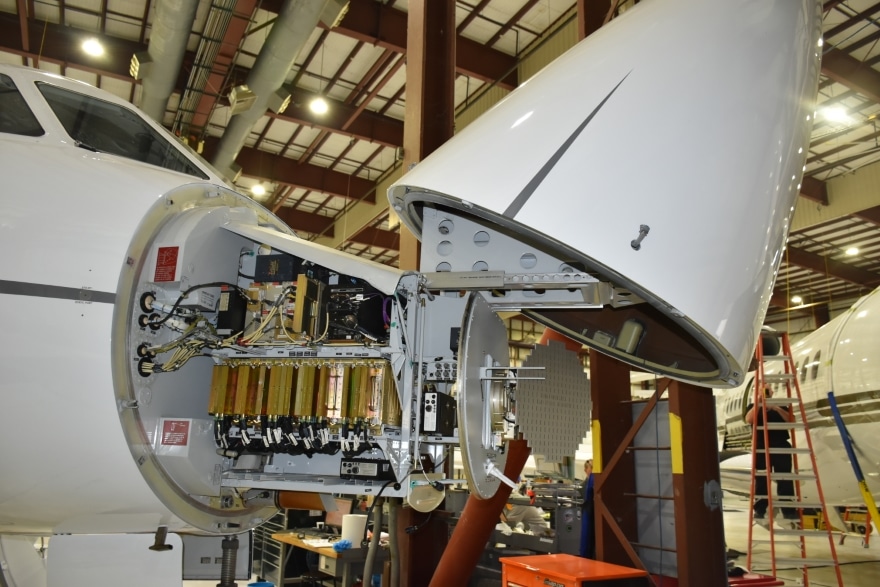 When customers want to use legacy systems but also be more efficient, he and his team use Craft.io’s management platform. It “helps us shape the products and features that meet our customers’ goals and communicate it to them effectively,” he says.

He adds that as he leads the effort to refresh the ERPs, which were built in the late ‘90s, he’ll be using a portal developed by Craft.io to get feedback and ideas from customers.

A father of three daughters who enjoys hiking, skiing and running with his family, Buhro is a Michigan native who attended the University of Texas in Austin. While earning his bachelor’s degree in computer science in 2002, he served as systems administrator for HPI Real Estate Services & Investments.

He joined Continuum Applied Technology in May 2002, providing customer support for its ERP, then shifted to technical services in February 2003. After three years of projects including Corridor ERP installations and upgrades, Buhro became technical services manager in January 2006. 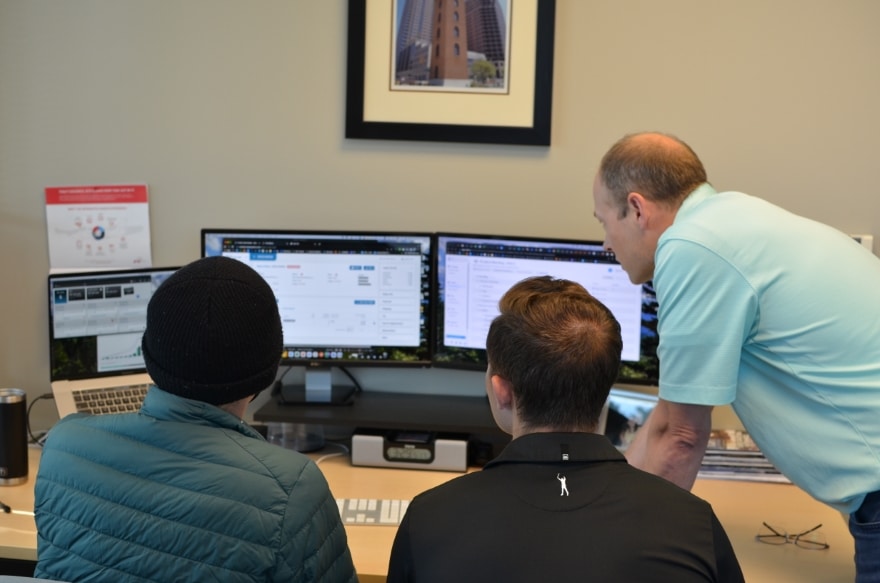 A year later, Buhro became product development manager and was serving as director of software engineering when CAMP acquired the company. After the acquisition, he continued in the same role and was named to his current position in February.

“The business of aviation, especially the private end of the spectrum, has a glamorous cache,” Buhro says. “But the hard work our customers do to supply parts and services to keep those aircraft flying is less glamorous. We have to understand this perspective to ensure the products we deliver are best supporting the success of our customers.”