On his first day at Elkhart Community Schools (ECS), Jason Inman remembers walking into the IT Department and seeing everyone running around answering phones and filling out service tickets nonstop.

Staff was surely busy, but it wasn’t exactly what the new director of technology services envisioned as best practices for taking technology and educational programming into the 21st century. 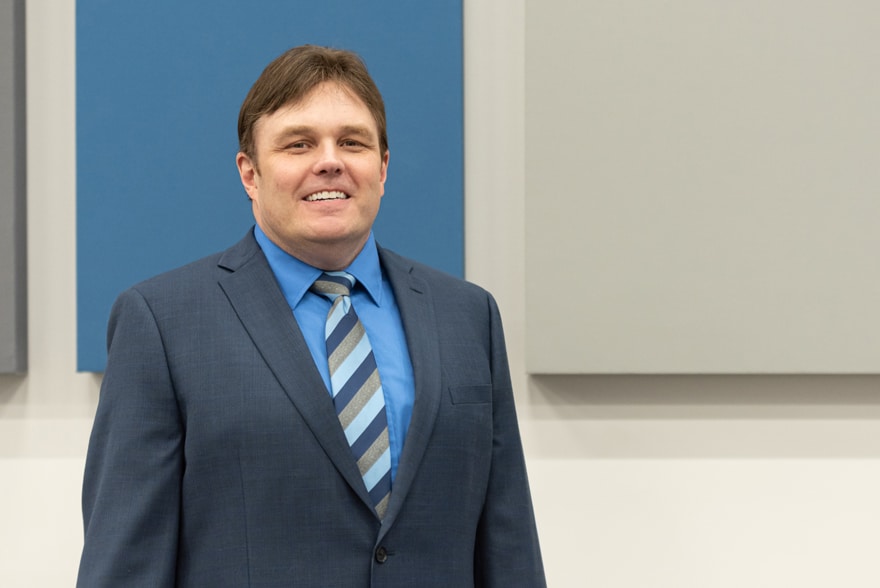 By laying out an operational structure and using modern tools and technologies, Inman’s team and school officials came together to give future students at ECS a one-of-a-kind educational experience in Indiana.

“The decisions around technology will put our students in the best place possible,” Inman says. “Our goal is to foster an ironclad relationship between technology and instruction to put students on a path to lifelong success.”

The fruit of their labor? The creation of the Elkhart One High School (EOHS) initiative. Slated for a 2021 rollout, the project will foster small learning communities to encourage students to pursue their passions on their chosen career path, be it through a four-year college or immediate entry into the workforce.

According to Inman, the new initiative will offer career pathways to each of ECS’ 12,200 students in everything from communications and business to engineering, technology, international relations and the arts—with the district’s two high schools serving as the primary proving grounds. 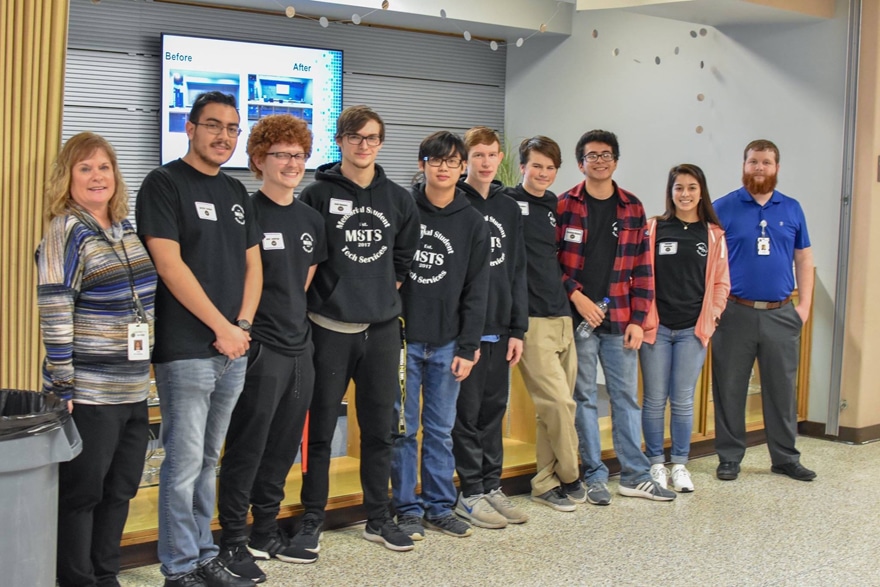 It’s Inman’s mission to bring technology and IT services up-to-date to support the program.

Heading into 2020, educators are busy sharing program details with students and their families—everything from the available jobs related to each course of study, to what students might expect as a starting salary—as well as the skills students will need to reach their goals.

“We are starting with the curriculum and tapping into information from the design teams—everything from engineering insights for each space to make learning more productive, down to the furniture,” he says. “Everything comes into play.”

After overhauling ECS’ core infrastructure for upgrades—things like virtualized computer labs and fiber connectivity between all 21 buildings —Inman is now implementing the latest wares into each of the district’s classrooms. To help guide him and his team, Inman commissioned a Cisco case study to gain greater insight into district-wide operations.

District-wide upgrades also include the construction of a 5,000-square-foot field research laboratory hub. The brainchild of Scott Sassaman, interim principal of the engineering technology hub, the lab will join a diesel technology building and an area for welding and AutoCAD studies.

The goal, Inman says, is to create a space where Scott Sassaman’s team can play an innovative role in addressing 21st century challenges by immersing students in real world situations in partnership with regional businesses and educational institutions. 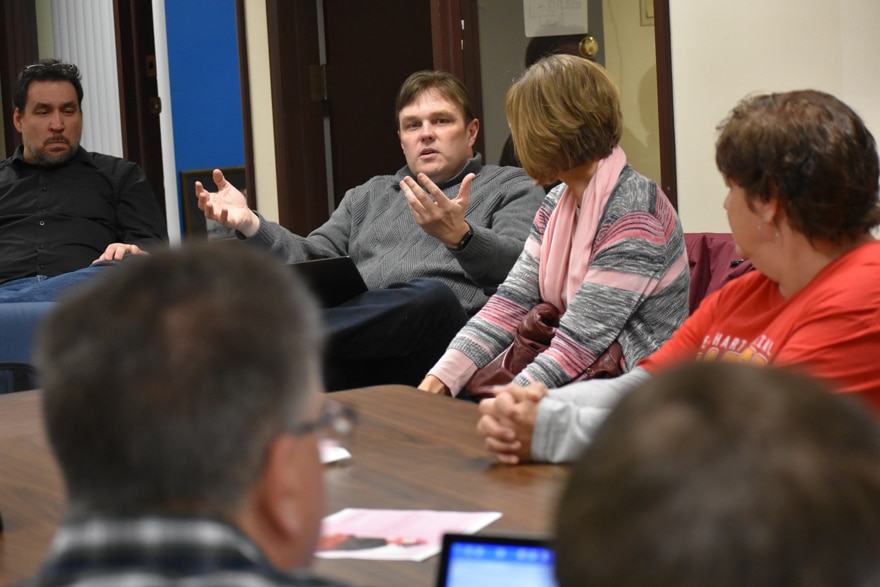 “We see the overall program emerging more like the campus of a small university,” Inman says.

To that end, Inman says educators are looking beyond traditional classroom designs. For example, a new freshman learning lab project will place an instructor in the center of the room, with video screens positioned on the wall in a triangulated display to supplement the learning experience.

“There are so many initiatives. The labs are just the beginning,” he says.

Many of the efforts are being supported by Elkhart’s business community. Seeing any investment as paying dividends in a future pool of potential employees, businesses have pitched in money and insight to help create a solid community-based partnership with the schools.

Service with a smile

To better help internal processes, Inman developed a service desk at the school as a type of mission control focused on addressing operational questions: By working with a dynamic teacher (Heidi Krusenklaus), they created high school student internships, a resounding success in terms of the experience gained by students and enhanced efficiency of the IT department. The service desk also provides walkup support to teachers and students; something desperately needed. Inman plans to create “tech pods” in each school to extend the reach of the service desk, following ITIL best practices. 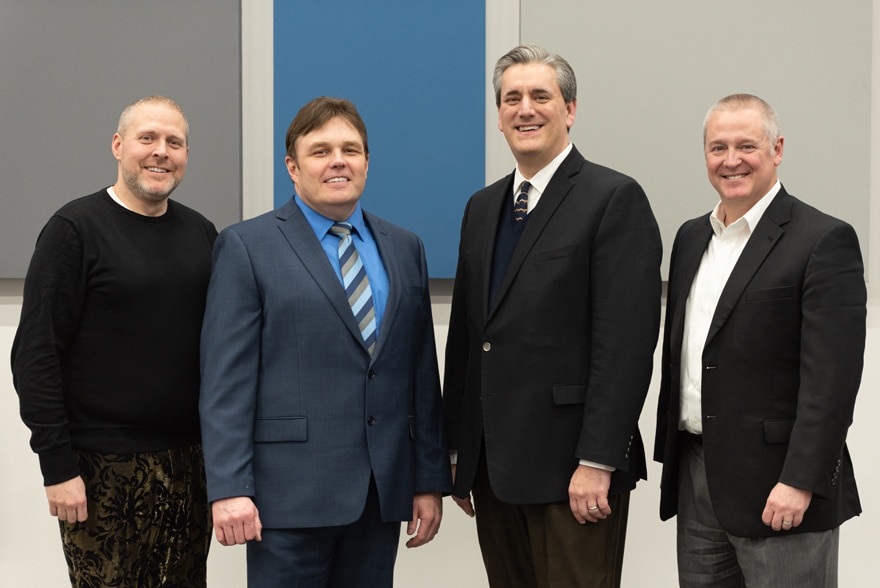 Meanwhile, other team members are working on high-level projects related to security; cloud-based initiatives aimed at enhancing efficiencies, specifically using a system called Jamf to manage all of its iPads and macOS devices; infrastructure needs; and iPad deployment to support the school’s 1:1 technology initiative that puts an iPad in everyone’s hands—around 14,000 to be exact. Elkhart also implemented managed security services with Pondurance as its SOC and monitoring of the network 24/7 for security purposes.

Connecting business with IT

When Inman came to ECS in April of 2018, he immediately got to work developing an organizational structure to support the school district’s technological operations—just as he had in his previous role at Purdue University-North Central, where for 17 years Inman did everything from technical support to lecturing in the College of Engineering and Technology.

“The bigger you are the more you need to structure. It creates a solid foundation and allows everyone a role in the process,” says Inman, who earned his B.S. in counseling psychology from Ball State University in 1993, along with a master’s in computer and information science and support services in 1996.

To that end, Inman set up protocols for all of the school’s IT services, making sure the bases were covered for incident, project, infrastructure and enterprise management support. 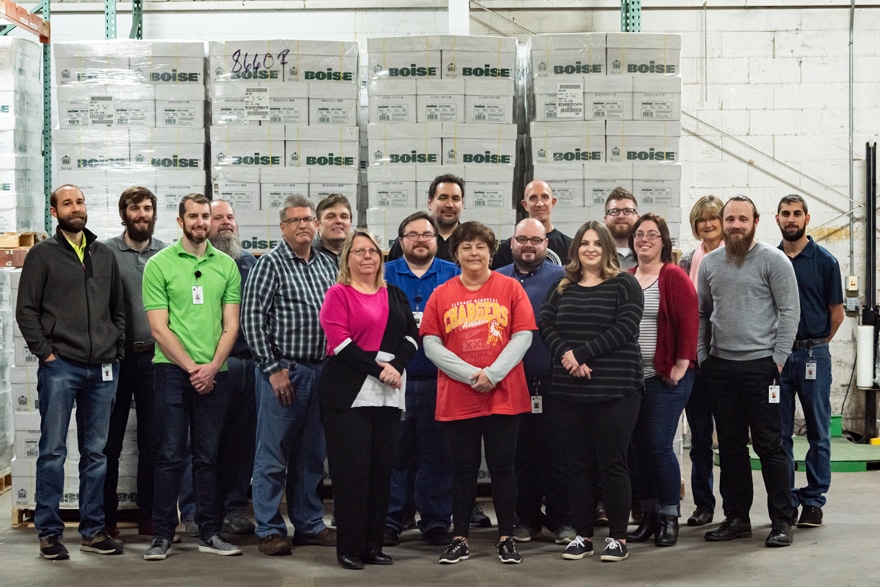 He’s utilizing technologies such as Jamf and ITIL (Information Technology Infrastructure Library), and even introduced a new ticketing system with Zendesk, replacing an outdated system from the 1990s. All told, customer service satisfaction is now running close to 100 percent.

“Setting a foundation with a service desk, things really started to come together,” he says.

While Inman acknowledges some of his coworkers were skeptical of his initiatives at first, he says the team now has a sense of purpose—and a willingness to see the big picture.

“It’s a good fit for them and me. We have a really talented team here that just needed help identifying how to do things the right way,” Inman says. “People by nature can be resistant to change, but when they see how things should work there’s a lot less stress. The best reward is finding ways for us all to do a better job for the students.”