Since its inception in 2002, Stallion had been a company that provided a litany of hard assets and services primarily to oil and gas operators around the country.

Other industries have benefited from Stallion over the years, but the oil and gas sector has been its primary focus. That is, until recent COVID-19-related challenges—and the decline in commodity prices—gave Stallion the impetus to broaden its product and service offerings, as well as its target customer base. 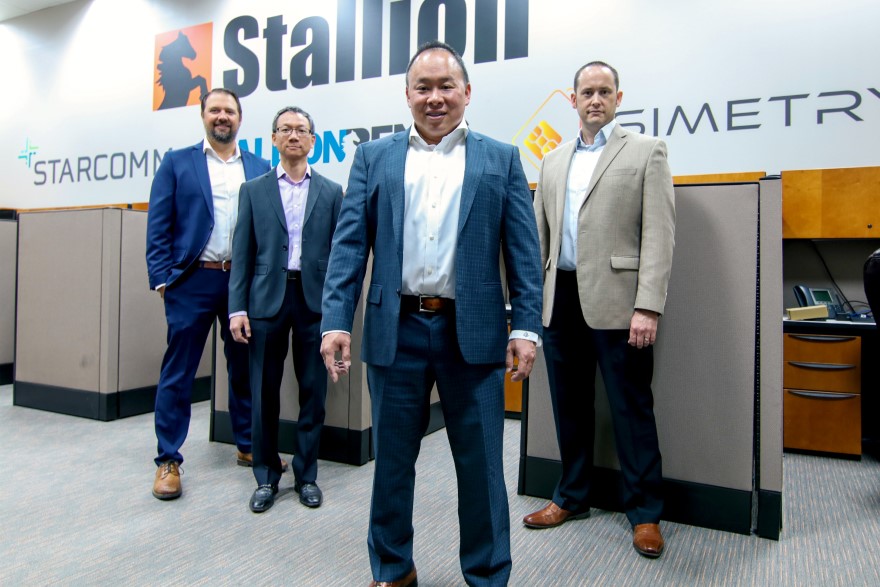 Its flagship product line since 2004, STARCOMM has provided integrated telemetry, telephony and connectivity services to some of the nation’s most remote and rugged environments—like the Alaskan wilderness, the plains of North Dakota and the desert in the American Southwest.

In the last few months, Stallion has expanded on this idea, rolling out SIMETRY, a data and connectivity service that has enjoyed some early success pursuing construction, education and other industries that have faced challenges in accessing reliable high-speed connections.

A new line of business

Since its founding, Stallion has been an equipment rental and communications company primarily targeting oil and gas operators. Successfully expanding its offerings means that its products and services can benefit a variety of new industries.

“We can provide connectivity and telemetry through STARCOMM; analytics through ACCUSITE, our proprietary I/O portal; and data through SIMETRY, which is the glue that holds it all together,” Lu explains. 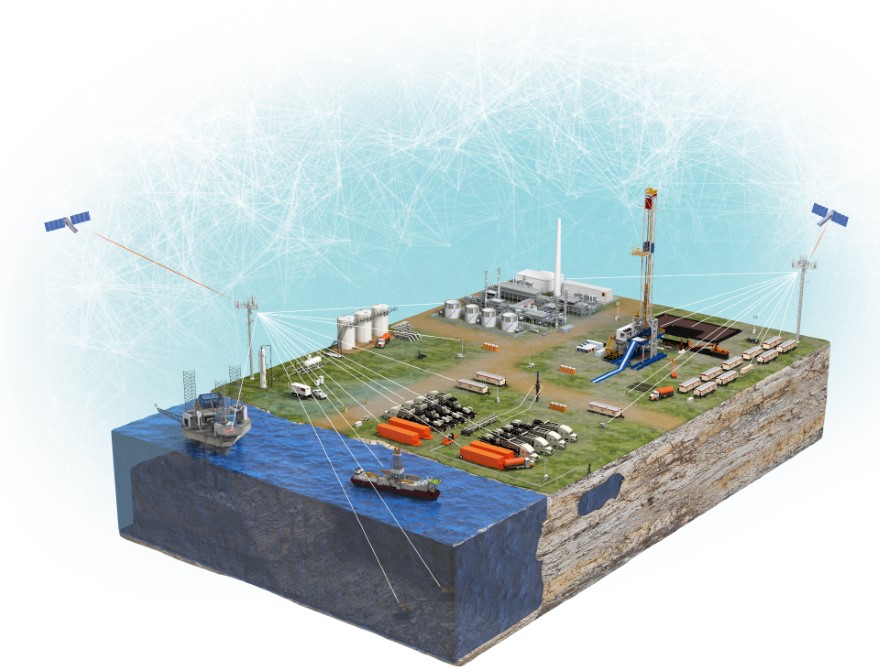 He says the business model applies perfectly to construction, industrial and other sectors that are project-based, but Stallion has found that it can also help bridge the digital divide in education, particularly during COVID-19, when schools are learning to deliver content digitally to facilitate remote learning.

Lu says the company has been especially busy because of the recent rash of storms along the Gulf Coast.

“We have seen some significant success already, especially considering that this business didn’t exist in February,” he notes. “Our recent digital transformation has allowed us to seamlessly shift our legacy business and processes to serve these new industries and opportunities.”

Lu says he’s been working on Stallion’s digital transformation since 2017, starting with automating the company’s back office operations by overhauling its financial reporting systems and adopting a new cloud-based ERP system from Oracle.

In addition, Stallion has been deploying software called FieldFX. Lu calls it a tool that automates the entire quote-to-cash process from the origination of a lead to preparation of a quote, to the dispatch and delivery of the equipment or service, to the issuance of an invoice. 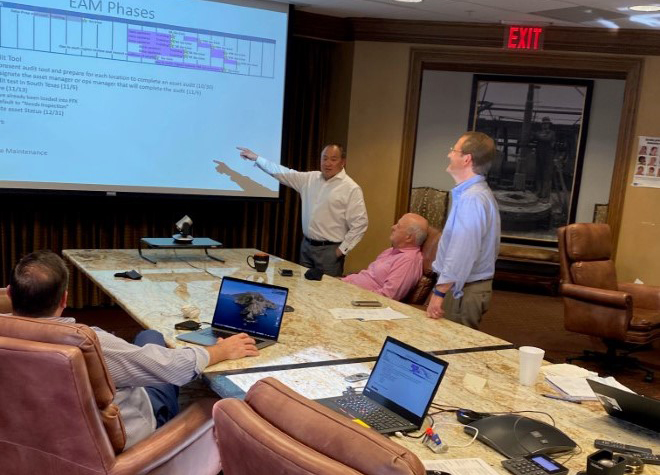 Because of FieldFX, many separate steps, pieces of paper and data entry and re-entry in Stallion’s ticketing, quoting, dispatching and invoicing workflow are now on one system. The company has streamlined workflows to make the process much more efficient for their field and back office personnel.

“Digital enablement is not easy in an industry like Stallion’s, but the company is moving to a completely paperless system in its field operations by transitioning from paper ticketing and manual approval processes to a tablet and the cloud,” Lu says.

He admits that despite his title, he cannot implement changes without approval from Stallion’s investors, senior executives and especially its operations teams. He’s focused on the company’s values as part of his ethos in leading Stallion’s technology organization.

“Sure, you have to manage projects on time and on budget, but you also have to provide your organization with visibility to see the benefits in productivity or efficiency that can be achieved from the new technologies and processes,” Lu points out. “I have recognized that throughout my career as a critical factor to any implementation strategy.”

While working for companies like eBay, Oracle, Dell, Hewlett-Packard and JC Penney, Lu delivered infrastructure improvements, ERP and CRM system deployments, portfolio management and IT budgeting. But this was not always his plan.

He grew up in the heart of Silicon Valley and graduated from the University of California-Berkeley with a degree in mechanical engineering. Despite being surrounded by technology and innovation from a young age because of where he grew up, Lu never thought he’d end up working in technology. In fact, he thought he’d end up working in the auto industry.

He moved from northern California to Houston in 2000 and jokes that he wanted to work in the oil industry as soon as he touched down in Texas’ largest city. 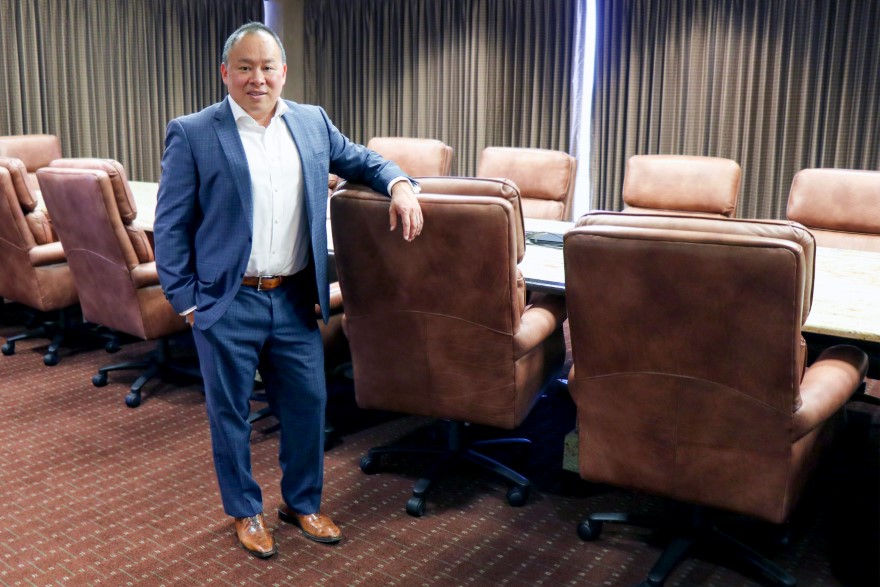 “It’s impossible to live in Houston for as long as I have and not end up somehow involved in the oil industry,” Lu says with a laugh. “The skills that I learned through my many years of working in technology positioned me well to help lead the digital evolution of a company like Stallion.”

Lu did not have any experience in the oil and gas industry when he took the job at Stallion in May 2017, but that did not matter then, and it does not matter now.

“Technology is technology and changes are constant,” Lu says. “Those who can successfully manage the change will be valued, whether in transforming oil wells or classrooms.” 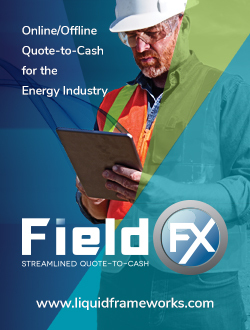