There’s so much that visitors can enjoy at Ashley River Park, an 85-acre facility that opened this spring near Charleston, South Carolina. There’s a riverside trail, a fishing pond, a kayak launch, dog park, two sheltered picnic areas and a splash pond, among other features.

Oh, and visitors can check their emails, too.

The free Wi-Fi connectivity might not have been a feature considered by park planners, but it’s a must-have for Dorchester County’s Chief Information Technology Officer Jason Walters. 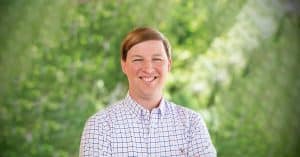 While many visitors may be there to unplug and unwind, Walters says Ashley River Park has become a place to study for students lacking high-speed internet at home. This is an issue he’s further working to alleviate with an ongoing initiative to add more than 325 miles of fiber connectivity to homes throughout the county’s rural areas.

“In the public sector, it’s not one customer or one mission,” Walters says. “We serve all county government—departments with their independent goals and missions. It’s about bringing a better quality of life to citizens.”

With a population of more than 160,000, Dorchester County is one of the fastest growing in South Carolina, owing in no small part to its proximity to Charleston.

In 2019, county voters approved a $38 million bond to build parks throughout the county—while continuing to develop Ashley River and Davis-Bailey parks, which were already designed. The bond also funds planning and construction for the Pine Trace Natural Area, the Ashley River Park-Rosebrock Park Connector and Ashley River Access Points.

The park projects were well underway when the COVID-19 pandemic hit in March 2020. According to Walters, the pandemic emphasized the need for free Wi-Fi access, with remote learning being hampered by connectivity issues. He worked with Home Telecom and Palmetto Rural Telephone Company to create the park’s network.

Ashley River Park also serves as headquarters for the Parks and Recreation Department. There, the Dorchester IT team helped set up the security cameras as well as the audio-visual network and equipment, which is available to people who rent the public gathering spaces.

In case of emergency

Walters’ efforts aren’t confined to leisure activities, however. Dorchester County is in the process of expanding its 911 Consolidated Dispatch and Emergency Operations Center, a $13 million project that increases the facility’s footprint from 4,000 to 16,000 square feet.

The new center will include a press briefing room, dispatch training center, situation room, and flex space for emergency management functions, such as the citizens call center. It will also nearly triple the number of dispatch consoles (from seven to 20) and seating in the emergency operations center (from 16 to 45 seats).

The expanded facility is also going to house the new IT data center. While Walters and his team install the network and equipment—which will also cover the dispatch and emergency management services—he’s working to ensure the building has the network strength and power redundancy to keep everything operating during emergencies.

In 2019, Dorchester County implemented SimpliGov’s platform to give residents online access to permit and license forms. About 25 forms encompassing everything from marriage licenses to building permits have been built in the platform which processes the application workflow for county departments.

“SimpliGov helps state and local departments get their processes up and running quickly through its no-code workflow automation platform,” says Vice President of Sales Troy Bare. “It enables employees to create and manage workflows in-house. The smart, responsive forms with integrated e-signature mean residents get a clean, modern and intuitive experience.”

The ongoing fiber expansion will better enable county residents to use those services, too. The $17.3 million project is funded with an $8.5 million American Rescue Plan Act grants and matching contributions from local providers Home Telecom and PRTC.

Walters wrote the request for proposal for the project, which will add 325 miles of fiber connections to rural areas where private companies have not yet invested in high-speed internet. The network will connect directly to homes in nearly a dozen communities, with the first of them coming online in the fourth quarter of 2022.

Expected to be completed in mid-2024, the network will also provide upload and download speeds of one gigabit per second. Once installed, students from two county school districts will have high-speed internet for remote studies, with the network also expected to enable business growth and opportunities.

Knowing who he serves

Walters is very familiar with life in those rural communities, having grown up in South Carolina in a small town he says had “no traffic lights, just two caution lights.”

He earned an associate degree in IT from Orangeburg-Calhoun Technical College and a bachelor’s degree in computer science from Limestone University in 2009.

Walters began his tech career in banking, including as operations engineer and then director of computer operations for South Carolina Bank and Trust from March 2009 to July 2014. He was then the director computer operations at South State Bank until joining Dorchester County government in June 2017.

Immediately after joining county government, Walters began implementing network and equipment upgrades. Additions such as video conferencing capabilities improved communications and operations—employees have logged more than 130,000 hours on Teams since it was implemented.

“I’ve always gravitated to fiddling with technology since I was a kid,” Walter says. “I have a passion to make peoples’ lives and processes easier using technology. I love the opportunity to serve the public, especially on the public safety side. In the government sector it’s about bringing a better quality of life to citizens.” 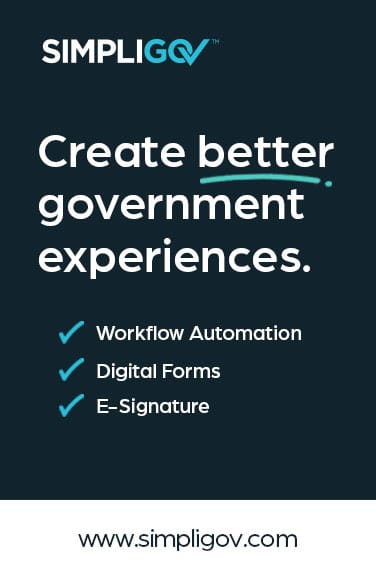