St. Catherine U. IT leader’s role is her professional ‘Compass’

At Target, for instance, she drove major improvements to the supply chain and partnered to replace the retailer’s enterprise resource planning platform and software, among other tasks. Then, at St. Jude Medical, she reorganized and systematized IT services and established procedures to govern IT operations.

But when her husband Jonathan Lee Hovick died in April 2017, she paused and re-evaluated her life and purpose.

“I was feeling too far removed from the purpose of my work,” Guezmir says. 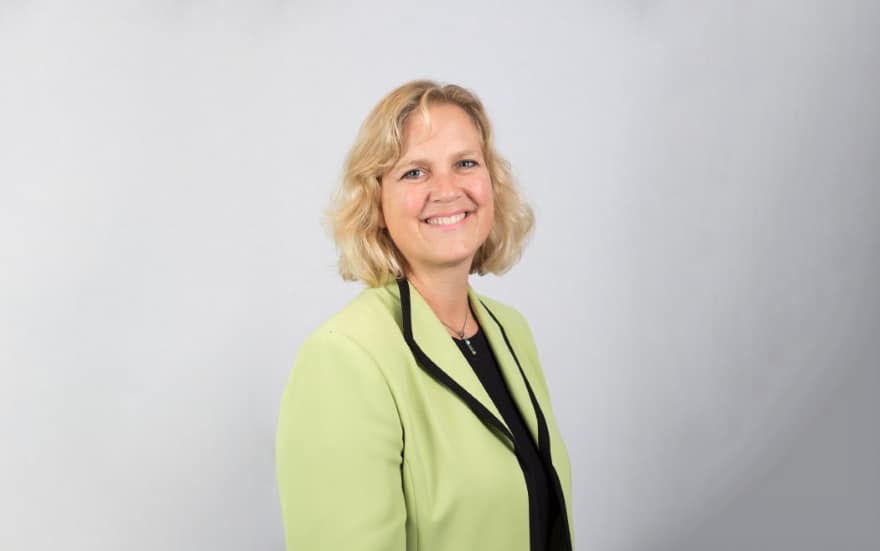 “When this role opened, the mission was spot-on with where I was in my life,” Guezmir says. “It was exactly what I needed, and I have fully adopted St. Catherine’s vision to educate women to lead and influence.”

What’s now St. Catherine University was founded in 1905 in St. Paul by the Sisters of St. Joseph of Carondelet. In 1986, the College of St. Catherine and St. Mary’s Junior College in Minneapolis merged, and the school became a university in 2009.

St. Catherine University is now the third-largest private women’s university in the U.S., though it also offers adult undergraduate, graduate and associate programs for men, too.

Soon after being hired, Guezmir was tasked with guiding a tech transformation preceding the university’s consolidation of campuses to St. Paul. 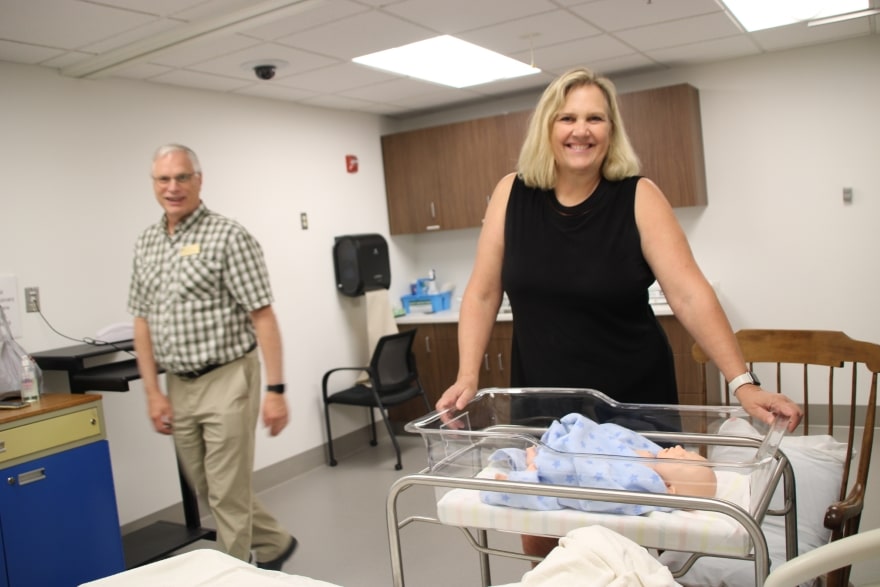 “We spent the first three years redoing the infrastructure,” she says. “Fortunately, I have brilliant people here who were ready to do brilliant work.”

She and her team got rid of 1,000 printers, replaced the phone system and upgraded the data center with greater storage and security capabilities. By allowing students to borrow equipment and creating virtual labs, they got rid of 1,000 computers, too.

“It doesn’t come overnight and I had the luxury of several impending challenges,” Guezmir recalls. “The Wi-Fi was at the end of its life and we needed to upgrade it because a school can’t operate without it. It wasn’t an option, it was a must-do.”

Guezmir says the transformation is being made more complex by the evolution of the university’s programs.

For instance, St. Catherine University added nursing simulation labs with digital mannequins, as well as radiography, sonography and physical therapy labs. Guezmir and her team installed an integrated video simulation system to broadcast, capture and markup video. Students now can observe their own experiences and see the integrated feedback from instructors, she says. The team also upgraded the audio-visual capabilities in classrooms to better enable hybrid instruction. 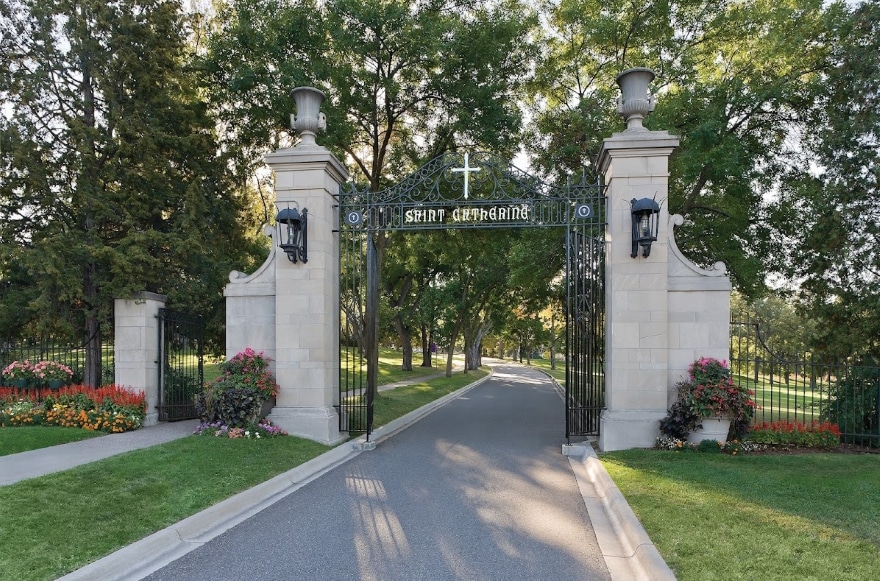 Sun shining through front Gates of St. Catherine University with lots of beautiful trees and flowers

The first year is largely about exploration, Guezmir says. After that, the program provides research projects, internships, leadership training, workshops, clubs and organizations, and global experiences. The program focuses students on personal reflection and pairs them with academic advisers and mentors to prepare them for careers or post-graduate studies, she says.

They began developing the app in late 2021, launched it in a pilot program in January 2022 and went fully live in the fall semester. The app is also available to graduate and adult students, providing career-centric self-study areas such as lectures, videos, readings and assessments. It also logs students’ activities and studies—awarding badges and a portfolio of their completed work.

“On the surface, it was difficult to develop as the path is different for everyone,” Guezmir says. “But in the end, it’s building a framework for a cohesive set of co-curricular activities that is mapped to career skills.”

Ironically, Guezmir says her fear of technology is what led her to a career guiding it. A native of Plymouth, Minnesota, west of Minneapolis, Guezmir earned her bachelor’s degree in mathematics, economics and accounting from St. Olaf College without using a computer.

However, when Guezmir joined the accounting firm of Ernst & Young in 1989, she began working with technology as she was tasked with conducting audits for its customers and for the security of the IT network and operations. 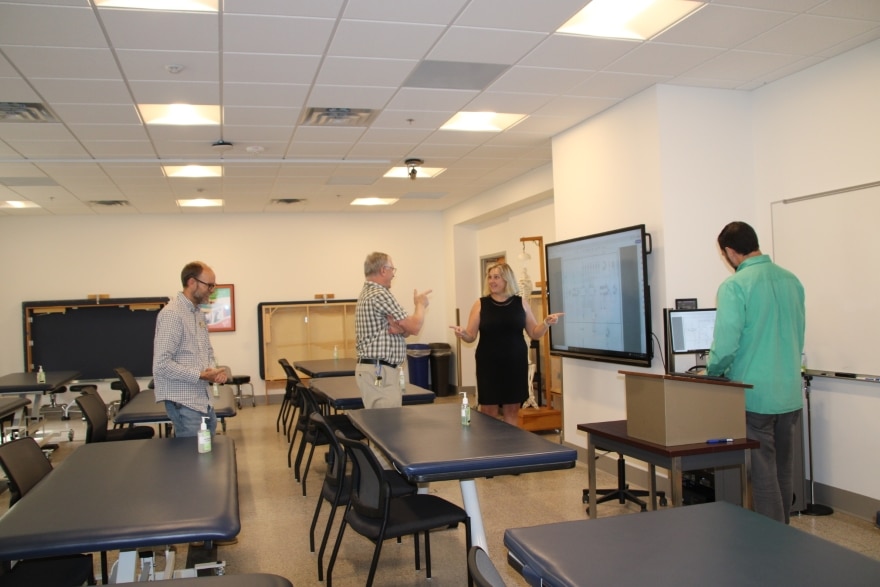 Guezmir joined Target as a financial analyst in June 1993 and says it’s where her tech career really began as she worked through product shortages affecting stores. She became a group manager in July 1995 and completed her MBA from the University of Minnesota Carlson School of Management in 1996. She had risen to director at Target when she took the job at St. Jude Medical in February 2010 as director of infrastructure service delivery.

Because her two daughters were of college age when she joined St. Catherine University, Guezmir says it took on additional resonance.

“I’ve had some life challenges even beyond my husband dying and they taught me a lot,” she says. “My mindset is always forward looking. I am an optimist, a positive thinker. When I can understand and see something, I embrace it.” 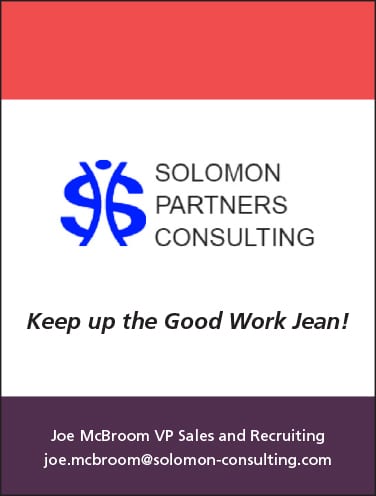