Once a week beginning around 6 a.m., scales, chord progressions and simple ditties emanate from one of the music rooms at White Oak High School in Jacksonville, North Carolina. As Onslow County School District has a robust music program, this is to be expected.

What isn’t expected, though, is that local students aren’t creating that music. It’s coming from 7,000 miles away as part of an intercontinental, student-led effort to introduce both music and technology to underprivileged children in Nairobi, Kenya. 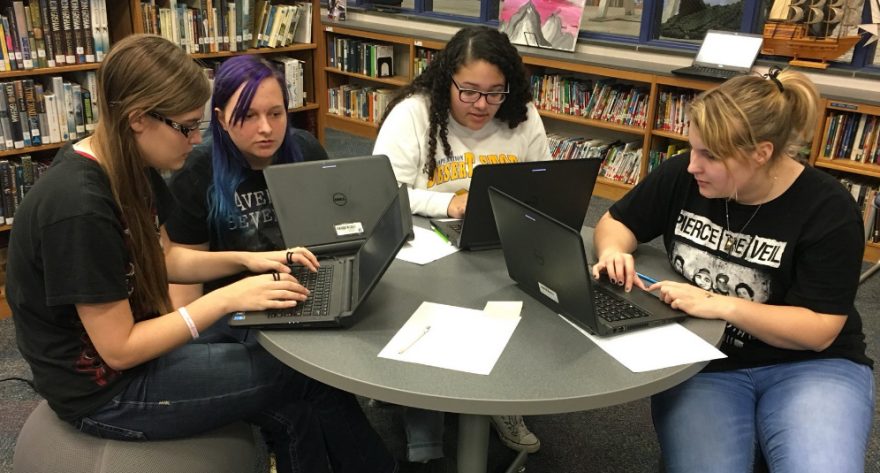 Jeff Pittman, CTO of Onslow County Schools, share it as an example of how the North Carolina school district is setting itself apart—and making a difference—with technology.

“Onslow is known for being very progressive in its use of technology,” says Pittman, who has been with the district for just about two years. He underscores the importance of that by adding, “every mouse click has an impact.”

Most notably, administrators made the tactical decision to implement Microsoft Office 365 products throughout the district, which has 38 education facilities serving more than 26,000 students.

Why that choice? Educators and staff agreed that it would better prepare students for the Microsoft-dense work environments they are likely to encounter, Pittman says. Also, it’s a more robust, targeted, and collaborative platform and productivity suite. “Everything is one place, encapsulated,” he says. “You can look at one screen and you have everything you need.”

Meanwhile, he added that Microsoft has been “extremely responsive to the needs of the K12 sector.”

In turn, the software giant has taken cues from Onslow’s example. Its schools have had several visits from Microsoft administrators, Pittman says, and they are using its trials, errors and successes to help other school districts across the country, and even internationally, perform 365 rollouts.

Microsoft project managers follow Onslow teachers on social media, he says, and take suggestions when it comes to bugs and product features. Similarly, the school district has been highlighted on Microsoft’s “Digital Transformation” blog.

“It’s neat to see that not only do we have a regional or a local impact, but an international one,” says Pittman. “It’s incredible to watch.”

As is the ever-growing music partnership with Kenya. Band director Perry Ditch made the initial connection with the Cheery Education Centre in Nairobi after participating in a Microsoft professional development program, Pittman explains.

He and students were mobilized when they found out that students there had barely any access to music, let alone instruments, Pittman explains. They started by playing a concert for them via Skype in 2017; then Onslow high schoolers launched a crowdfunding campaign to purchase instruments that Ditch personally delivered on a visit to Africa.

“These tools we’ve put in place have allowed us to foster this personal connection,” says Pittman. He also stresses that “collaboration, the global perspective and the global workforce are really being modeled for these students.”

Meanwhile, the school has adopted a 1:1 initiative for students in grades 3 through 12. Importantly, Pittman says, teachers were given devices first, to refine the process before it was rolled out to students.

“In deciding to go down this route, Onslow has taken a research-based strategy,” says Pittman, who joined the district in December 2016 and holds degrees and certifications from Campbell University, Grand Canyon University, and the University of North Carolina at Chapel Hill. “The focus has always been on instructional outcomes, not just the use of technology.” 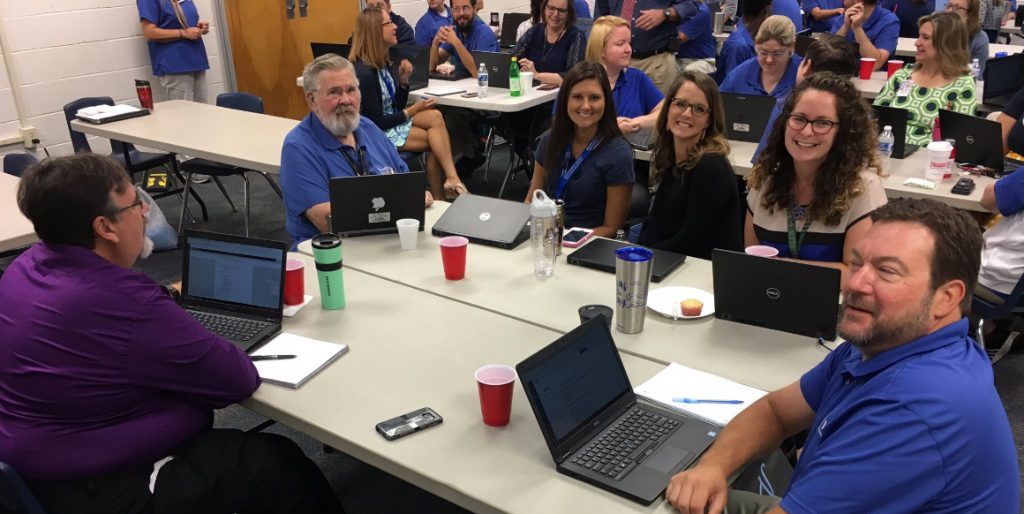 Similarly, the district will begin using six “innovative classrooms” in the upcoming 2018/2019 school year. With multiple seating and standing options, students are encouraged to learn in the way that most comfortable, and collaborative.

Onslow’s location near Camp Lejeune, the largest amphibious Marine base in the world, spurs on innovation; the large, transient population makes the district one of the fastest-growing in the state, at a rate of about 300 students a year.

Focusing on a small group of tools and using them “with rigor” can help ease that transition, he notes.

Ultimately, “our students are doing incredible things; our teachers are second to none,” Pittman says. “What keeps me coming back every day is the interactions I have with the students. It sounds clichéd, but it really is what drives all of us. None of us are going to get rich doing it.”