When the police department for the City of Charlotte and Mecklenburg County, North Carolina, issued a citation to the regional IT department, it wasn’t ordering the techies to appear in court. In fact, it was giving the department recognition for a job well done through a special “unit citation” that’s issued only as an award, not an accusation. 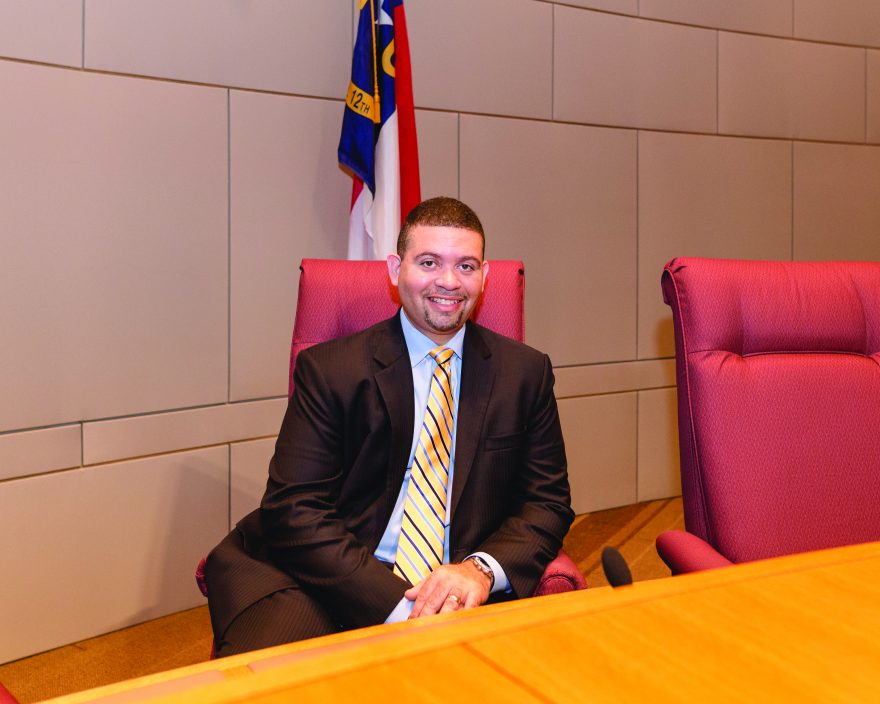 This work was part of the national Broadband Technology Opportunities Program (BTOP), an American Recovery and Reinvestment Act (ARRA) stimulus grant program to promote the development and adoption of broadband in the U.S. BTOP allowed Charlotte to equip 950 police cars and fire trucks, 42 fire stations and 14 police stations with 4G LTE broadband capabilities.

The impact of these improvements has been swift and mighty.

“Officers in our police department feel like they’ve gone from being in the Stone Age to being in the modern age simply by having those 4G capabilities in their vehicles,” says City of Charlotte Chief Information Officer Jeff Stovall.

For the police, having that much bandwidth right in their cars has opened up a whole range of applications, including on-the-spot predictive analytics that allow them to identify areas with high crime rates so they can focus their patrols in those areas. While CMPD has had predictive analytics capabilities for about five years, the application uses a lot of bandwidth and wasn’t practical to use in police cars because of this. Thanks to BTOP, officers now have access to that information wherever they go.

“Each vehicle is essentially a branch office in the way that we’ve set up our network,” Stovall says.

Police in the field can now predict crimes with such precision that some have reported actually watching crimes unfold before their eyes.

“When you’re in an emergency response situation, seconds matter, so the level of the stability they get has increased significantly,” Stovall says.

Those fast response times, in conjunction with several other factors, helped the Charlotte Fire Department (CFD) earn the highest rating possible in the U.S. for fire-protection services.

“Fewer than two-tenths of one percent of fire protection areas in the United States achieve that Class 1 insurance rating. It means Charlotte business owners, residents and visitors can count on superior fire protection. It also has a real direct impact on our citizens because they could see lower fire insurance premiums as a result,” Stovall says.

Charlotte’s IT work with the police and fire departments isn’t finished yet. Under Stovall’s direction, Charlotte developed its BTOP system with the foresight that FirstNET—a nationwide first responder LTE broadband network on separate frequencies than the commercial LTE carriers—is coming in the near future.

The FirstNET initiative developed in response to issues experienced by 911 dispatchers and responders who were talking over each other on a narrow band of frequencies. The goal of FirstNET is to separate emergency responders’ communication traffic from commercial LTE traffic. This would prevent emergency responders from having to compete with non-emergency internet users.

“We wanted to make sure we had the capability to use FirstNET when it became available but to not be restricted in being able to start our capabilities with commercial networks,” Stovall says.

Through planning, Charlotte did just that and is ready to blend its BTOP system with FirstNET the new systems comes.

Though Stovall has been occupied with improving physical services like wireless broadband access, he says the future is in digital services.

“We’ve already got the wide range of basic services that people need—fire services, police services, solid waste services—covered, so the range of physical services a city is going to offer can’t change but so much,” he says, “but there is a whole range of digital services, in terms of information sharing, that we’re just getting started.”

The first step in providing such digital services is opening the doors to the city’s data, which Charlotte did two years ago when it launched its open data portal, Open Charlotte. The portal shares everything from road detours to an inventory of storm water pipes, demographic census data, names and locations of public art and sites considered for historic status recognition.

“Open data, I think, is really going to revolutionize how people interact with government,” Stovall says. “We’re not there yet, but we’re starting to see the early sprouts of that.”

At the same time that Open Charlotte launched, Stovall and the city partnered with Code for America to develop Citygram, an app that turns city data into functional tools to alert citizens about municipal issues in their vicinity.

For instance, Citygram has become a popular tool for citizens to follow zoning activity.

“Zoning is an area that most people don’t really pay attention to or have access to information until it’s happening in their backyard,” Stovall says. “With Citygram what we’ve been able to do is provide information about zoning changes and how those zoning changes affect the quality of life of neighborhoods much, much earlier in the process.”

Translating data for the average citizen

The goal of Citygram was to turn Open Charlotte’s raw data into something citizens can actually use in daily life. Simply providing data is not as transparent as it might sound, as sorting through reams of spreadsheets can be a daunting task. Stovall recognizes this, and with the help of Citygram, he is working to make that data relevant to residents.

“There’s a certain amount of translation that’s required,” Stovall says. “Having the open data portal in and of itself is not enough. It is good because it makes our data more transparent, but the vast majority of citizens can’t use comma separated values to do anything realistic in their lives. Just because you have machine-readable code doesn’t mean you can actually make sense of it.”

Just as the better internet transformed the police and fire departments, Stovall hopes open data will do the same for residents. He believes digital services will become so engrained in daily lives of residents it will be hard to imagine life before them. One example of this is GPS technology, which started as another government-provided data service and is now a part of everyday life.

“We have just barely scratched the surface and that data and those services will start to become things that people depend on,” Stovall says.