The Zoom bombs came unexpectedly at Boston College High School, as they did in so many places once COVID-19 brought people online for education and other reasons. 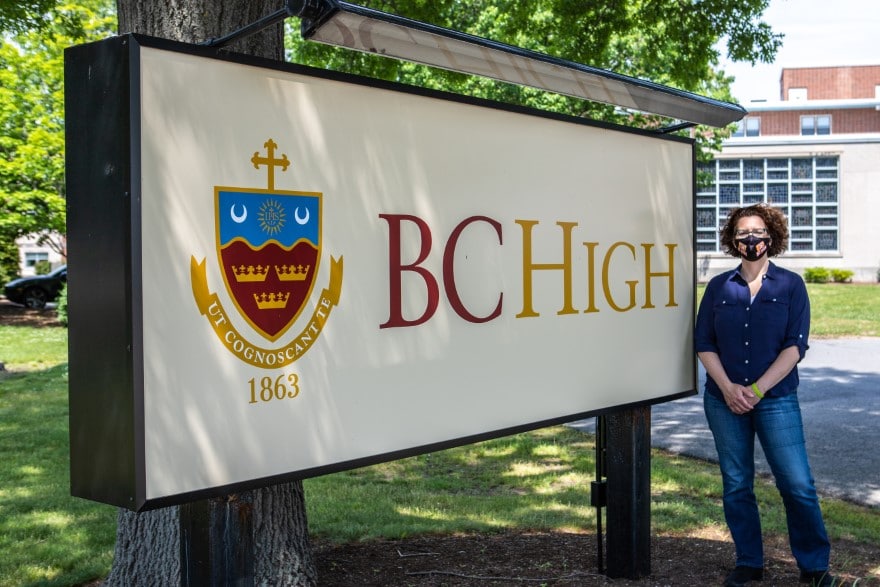 Some schools even had to suspend the virtual meetings, the unwanted and sometimes lewd intrusions becoming such a problem that the FBI and FCC would advise users to step up their privacy capabilities with passwords and other forms of access control. At BC High, however, the matter was put to rest early by Jennifer McLarnon who, over the course of 13 years, has evolved from science and technology teacher to director of technology.

“I didn’t anticipate Zoom bombings and I wasn’t alone,” she tells Toggle in May while another school year nears its conclusion as smoothly as practically possible under challenging circumstances. “But when it happened, we quickly configured authenticated profiles in Zoom and worked with the academic office to communicate the changes to parents. It was a wild couple of days.”

Though McLarnon will tell you she was pivoting even before the pandemic entered the picture—the convergence of technology and education always necessitating preparation for some unforeseen scenario. Upgrades she’s spearheaded since summer 2015 have done much to keep this all-male Jesuit school ahead of the rising technological curve.

BC High has 1,400 students and 200 staffers. Its mission since 1863 has been “to form leaders of competence, conscience and compassion, who seek to do all things ad majorem Dei gloriam—for the greater glory of God.”

Their 1:1 iPad program has been in place since 2013 and all faculty members and staffers are entrusted with a laptop. The campus has 100 percent Wi-Fi coverage and all of the 100-plus classrooms and conference rooms are outfitted with the latest gizmos and wireless presentation systems necessary to enable a student’s intellectual growth. 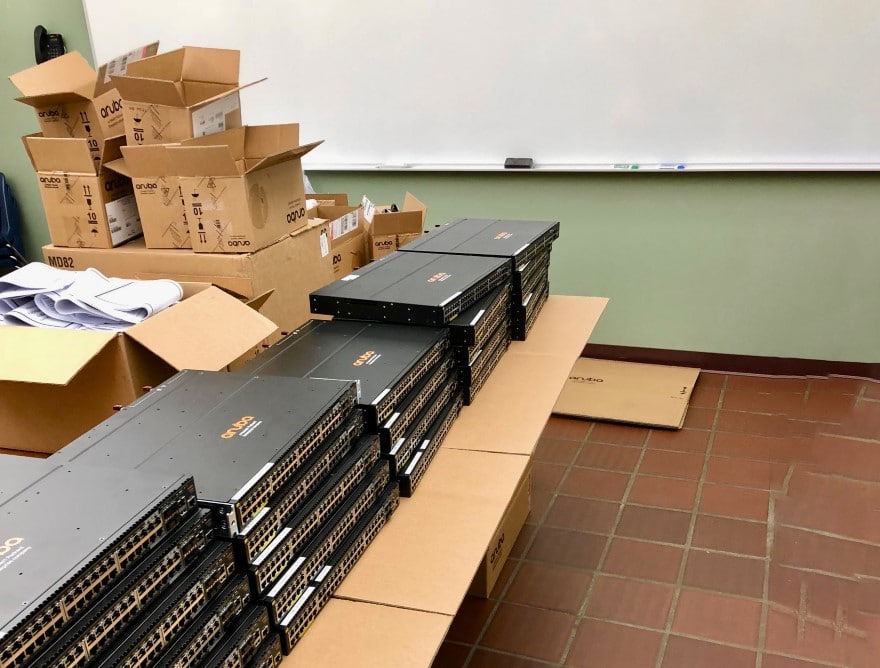 Since becoming dean of instructional technology five years ago, and ascending to her present position in 2017, McLarnon has transformed BC High’s commitment to edtech, infotech and security.

That preparation notwithstanding, it still caught many members of the BC High community by surprise on Sunday, March 15, when Gov. Charlie Baker ordered that all schools be closed the following Tuesday, initially until April 6 but then to May 4 and, finally, for the remainder of the academic year.

However, “This does not mean it’s time to start summer vacation early,” the governor went on to say.

McLarnon and her staff were under no such illusion. BC High actually had closed the Thursday and Friday that preceded March 15, the lost time chalked up as snow days in a mild winter that had seen few. 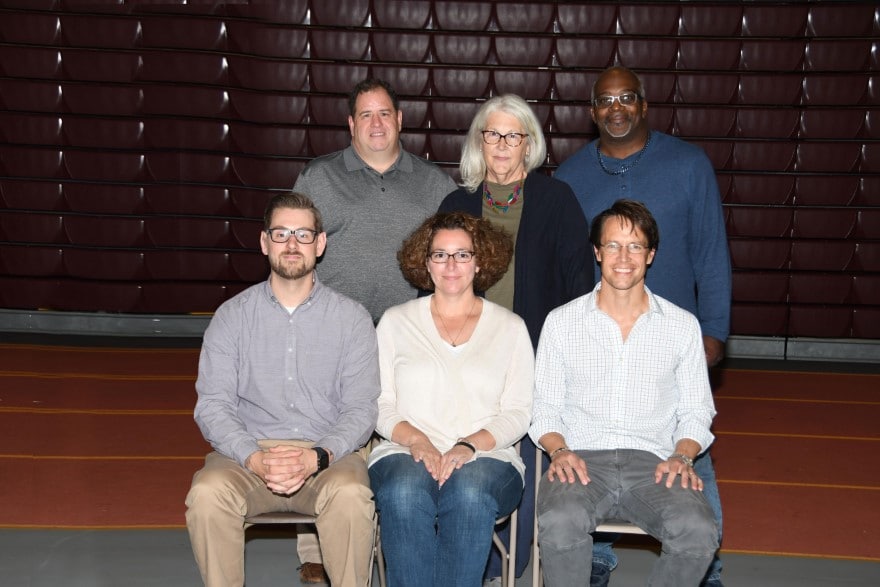 “I kiddingly said to our faculty when we met briefly that Wednesday afternoon, that our expectations were low,” she recalls. “It can be quite an adjustment to go online so quickly. Hats off to the teachers; it’s a lot to ask everyone to be on their A-game every day, but they have been.”

“We are redesigning and equipping classrooms to synchronously deliver in-person classroom and remote online instruction,” she says. “This is a game-changer in terms of who we can educate and how we can deliver instruction now and in the future.”

Though she doesn’t want anyone thinking “mission accomplished,” classroom upgrades being an ongoing process and maybe especially so at a private school where parents pay tuition. For that, she may have extra empathy—McLarnon being the mother of one BC High graduate and another finishing up his junior year.

She’ll never be a Triple Eagle per se—a graduate of BC High, Boston College and its law school. Still, some recognition would seem due for McLarnon’s Eagle credentials: She’s working for BC High after graduating Boston College, earning advanced degrees in education and educational leadership at the BC Lynch School, and now studying for her master’s in cybersecurity and governance at BC’s Woods College of Advancing Studies. 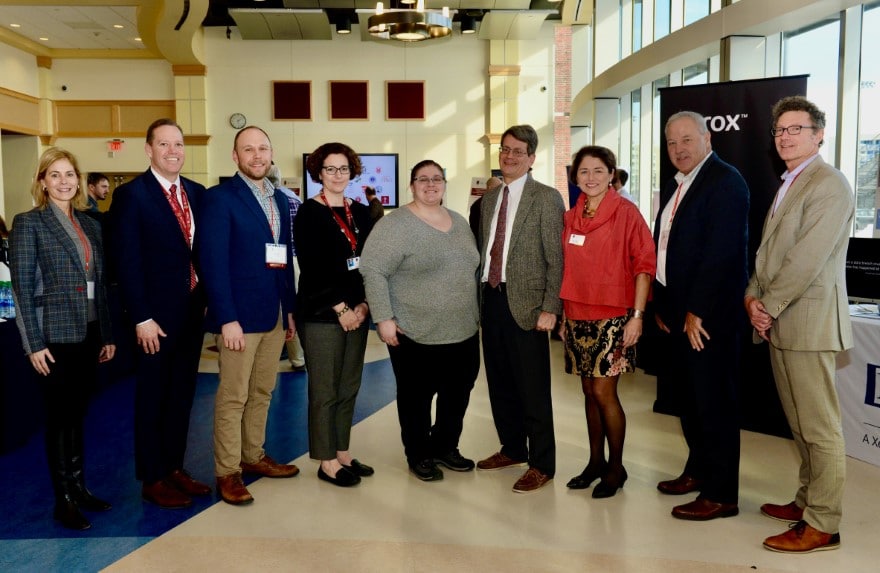 That last degree should be considered indispensable, she says, for while the Zoom bombings are annoying and offensive, data breaches and cyberattacks can be much more serious.

Two years ago, BC High got a jump on preempting hackings, hosting the Boston Conference on Cybersecurity for High School Administrators with the help of Kevin Powers, founding director of the Cybersecurity Policy & Governance Program at Boston College. A BC High alum, board of trustee member and parent himself, Powers has hosted his own cybersecurity conference for the past five years at BC.

It was only natural for these two Eagles to spread the message to secondary schools, says McLarnon, who assembled a distinguished lineup of cybersecurity professionals from the FBI, U.S. attorney’s office and Department of Homeland Security. She also credits BC High President Grace Cotter Regan for recognizing the need.

“We are also using Sophos Phish Threat now, and creating phishing tests is the only real fun I have at work,” McLarnon says. “We also ask every employee with an email to complete three five-minute trainings a year.” 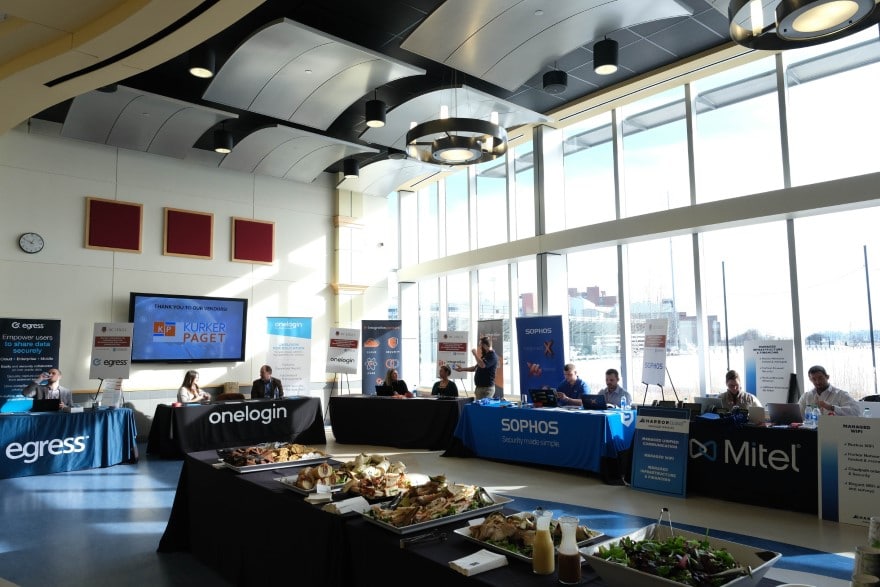 That doesn’t sound like much and isn’t, she goes on to say, but reminds that pricey firewalls notwithstanding, email is the portal for the majority of malware. Her department has started an IT services newsletter that includes phishing samples and asks for suspicious emails to be forwarded to a special address.

She’s also nurtured a partnership with a local company, Whalley Computer Associates, and UMass cybersecurity guru Larry Wilson, who helped conduct a cybersecurity program assessment based on the CIS Controls.

“I have consulted with several companies, universities, K-12 schools, government contractors etc., helping them build and improve their cybersecurity programs and practices,” says Wilson. “Jen was committed to making significant security improvements at BC High School, and she led several initiatives that greatly improved the school’s cybersecurity maturity.”

He continues: “When we first started, we discovered several security gaps. But over the past 12 months, there has been steady improvement. Today BC High has a robust cybersecurity program—thanks to the leadership of Jen and her extended team.” 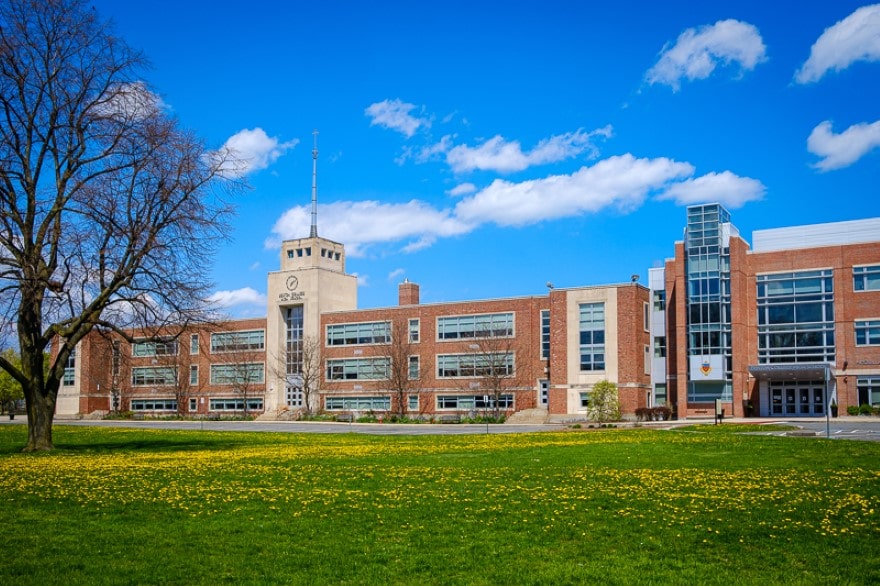 Since Whalley was appointed the managed services provider for BC High, it has implemented 24/7 monitoring and alerting of all technology systems at the school to assure all critical systems function optimally at all times. Working with McLarnon and her team, Whalley also responds 24/7 to all BC High technology support issues. Working together, they assure that the school’s cybersecurity needs are met, which is paramount to any IT department in today’s progressive education system.

“A true partner,” McLarnon says of Whalley. She feels the same about Margaret Paget, a partner at the law firm Kurker Paget, who has helped develop custom data security policies for each department.

“Knowing your data is the first step in protecting it,” McLarnon says. “Margaret and I comprehensively reviewed the types of data we process, where it’s stored and how it’s shared in order to develop comprehensive and effective policies that themselves are training tools for faculty and staff.”

All of which brings McLarnon back to when she taught science at Seekonk High School on the Massachusetts-Rhode Island border from 1998 to 2001. 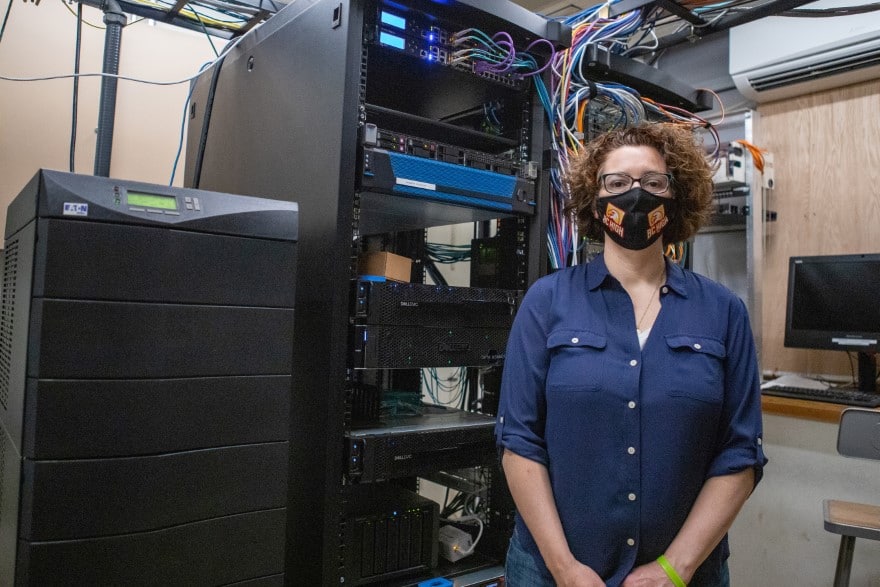 “I would find myself teaching my fourth class of the day, sometimes rushing through a topic for the fourth time, failing to remember that for the students it’s the first time that they’re seeing it and experiencing the content,” she says. “It’s the same for our employees. I don’t think it necessarily depends on the age of the user. I really think that for some or most, these topics aren’t top of mind for them. It’s our job to meet them where they are and to make it meaningful.”

Such topics do top McLarnon’s mind. Zoom bombers and hackers be duly warned.