A chemistry teacher doesn’t begin teaching safe chemistry at the end of the semester. That lesson starts before the first Bunsen burner is placed under a test tube.

The same principle applies for introducing children to the internet, states Jeremy Davis, who has served the 49,000-student Capistrano Unified School District in Orange County, California, since 2013, first as director of educational technology, then as chief technology officer and leader of a well-rounded IT team of about 50.

And while not everyone needs to be proficient in chemistry, most everyone has to be well-versed in the digital world. Especially as its lines with the literal world blur daily. 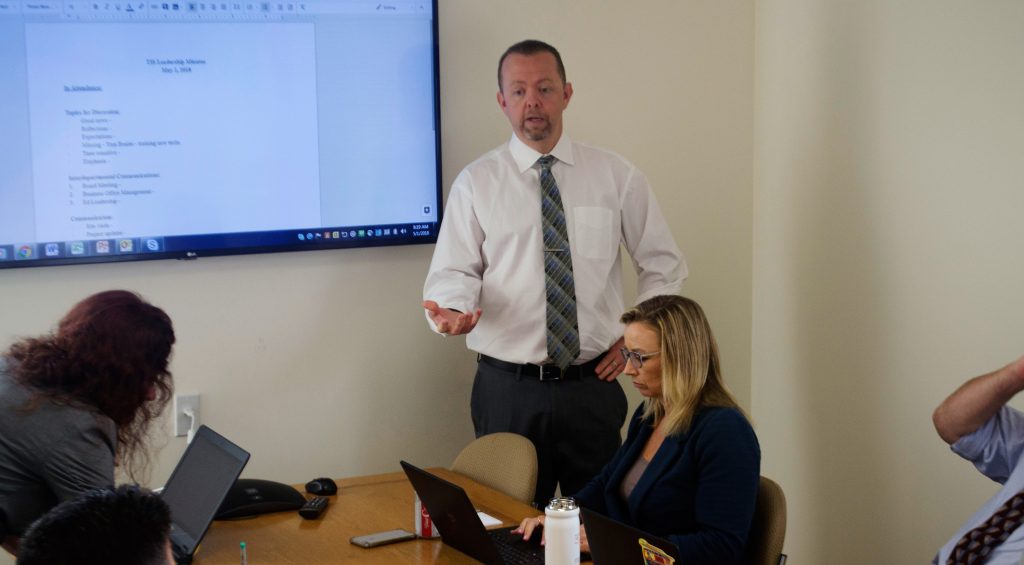 For that reason and more, digital citizenship and digital literacy are emphasized at Capistrano, with Davis and his team hammering home the point that one is never too young to be ingrained with its concepts. Here it’s a K-12 curriculum, and the school district can proudly tout itself as the nation’s largest to achieve a 100 percent certification with a San Francisco-based educational nonprofit called Common Sense that strives to ensure children—and their families—are keeping pace with a subject as essential as the three R’s.

The Educational Technology team has worked with former chief technology officer Dr. Susan Holliday to ensure that digital literacy, information literacy and digital citizenship are integrated at all grade levels. Safety first through mandatory digital citizenship lessons has been an important part of ensuring that the district’s teachers can avoid the “oops” moments and fear that can come from opening the Internet to students.

As defined by Common Sense, those digital citizenship concepts are:

That first concept might be most important with the 5-year-olds.

The goal is for all kids to be well-informed in the eight areas long before they graduate. All grade levels receive three digital citizenship lessons every year, to go along with digital literacy and information literacy. One of the crowning achievements has been integrating all three subjects on the K-5 report card, with the Ed Tech team building model lessons for every grade level.

Prior to Davis’ arrival, the district had decided that Chromebooks were a great device to move forward with some 1:1 classroom pilots. Davis and Holliday worked together to grow from zero to 30,000 Chromebooks in children’s hands in two years.

“From Superintendent Kirsten Vital and Deputy Superintendent Clark Hampton on down, the district was incredibly supportive of trying something new,” Davis says. “We received amazing data from our parents, students, and teachers regarding student engagement, choice in assignment, and increased interest in school from the pilot classrooms which gave us the necessary foundation to expand to 30,000.” 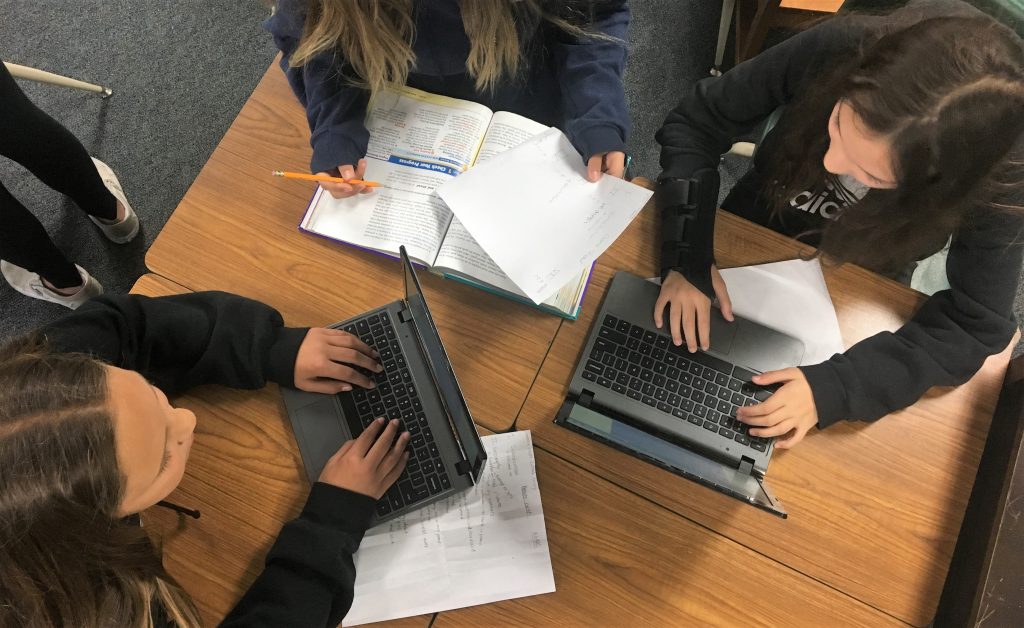 A University of California, San Diego psychology grad with an MBA from National University, the 43-year-old Davis was learning the basics of Apple when he was 5, and the common denominator of his lifelong education has been his love for technology that he so enjoys sharing with children and young people.

“Technology provided ways for me to reach children who needed to be challenged,” says Davis, explaining that while working in a lower-income southern Los Angeles county district he discovered how tech could engage students and improve learning results.

“I’d show a video of King Tutankhamun to sixth-graders who were struggling to read the textbook and it would open up a world to them,” he continues. “They’d want to read about him and as they read they realized they could now decipher the words because they already had heard the complicated words and had the knowledge. Technology opened up a world for them and I wanted to be part of supporting it.”

Back in those early days, being a teacher who used PowerPoint and who took kindergartners to the computer lab earned him the title of “Tech Guy” and his journey toward technology leadership began.

He continues that mission today, but in a capacity that no longer allows for as much teacher-pupil interaction. While Davis misses that, he relishes the upside of being able to reach more children via technology and the teachers his team prepares by giving them that indispensable foundation. He also teaches the California Chief Technology Officer Mentor Certification course and represents students as a director at large for the California Educational Technology Professionals Association.

“We’ve just started something that’s really special with elementary students teaching their peers and teachers, and I’m hoping others do it too,” he says, adding that innovative labs have been installed at eight elementary schools, enabling children to pursue team-based projects with such means as drills and hammers, iPads and Sphero robotics that fuse robotic and digital technologies into immersive educational and entertaining experiences that—like Davis’ early Apple lessons—make kids want to learn. 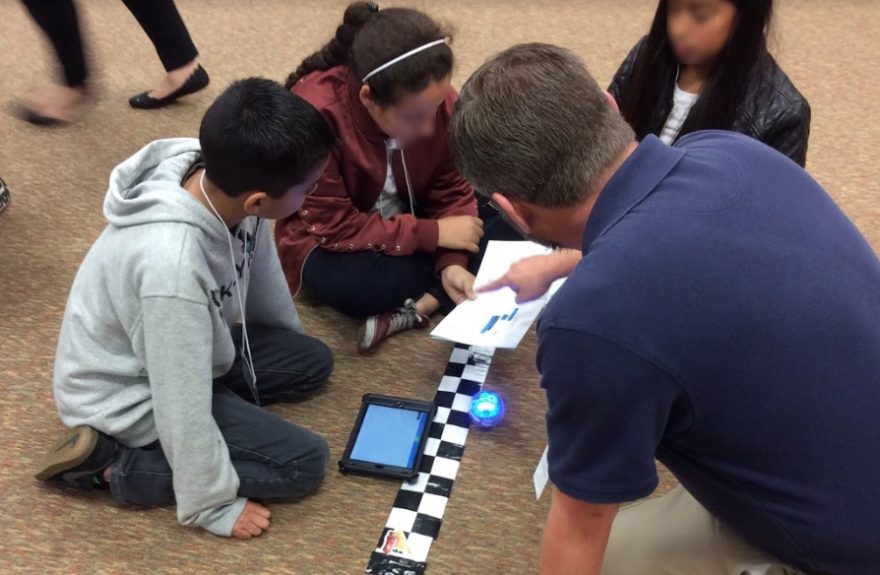 “The goal with the Innovation Labs is to encourage students to try new ways to learn, to play, build, design, and even fail as long as they try again through design thinking as they begin learning the new Next Generation Science Standards.”

Then there are the STEM field trips—that’s science-technology-engineering-math—where third- through fifth-graders are brought to the district office to become Capo Innovators. These field trips are the brainchild of the Ed Tech team of Dr. John Morgan, Stephanie Avera, Barbara Hardos, and Meredith Ritner.

Without the entire tech team, Davis says much of the innovation in the district couldn’t happen. The students get to see the tech department at work and tour the data center to see how equipment in one room runs the Internet experience for 49,000 students. It’s also an ideal opportunity for children to see women working alongside men in jobs that once were male-dominated, says Davis, citing the need for gender balance.

The students also got to walk through the entire department, seeing “our amazing technicians, network engineers, information services group, and everyone else who works behind the scenes to ensure the technology works well at all times.”

“The knowledge of the world is in the pocket every day,” Davis says as youngsters go about the Capistrano schools with smartphones. “But they’ve got to know the ins and outs of using it properly – how to search and find valid information, how to understand bias in the information they find, and how to ensure they don’t take credit for someone else’s work. That is why it was so vital to get it on the report card so our parent community knew it was an important part of the curriculum from kindergarten.”

Given the emphasis on digital citizenship and literacy at the progressive school district, those kids aren’t venturing uninformed into the brave new digital world.