Customers don’t just step in, stand in line and file one-by-one to the teller. Instead, banking representatives welcome each customer up to their “pods” where the two can stand side by side. There’s no physical barrier separating them, and the experience is fluid and interactive; the customer and the teller can move around and explore discovery centers in the lobby equipped with devices and displays showcasing the bank’s range of products. 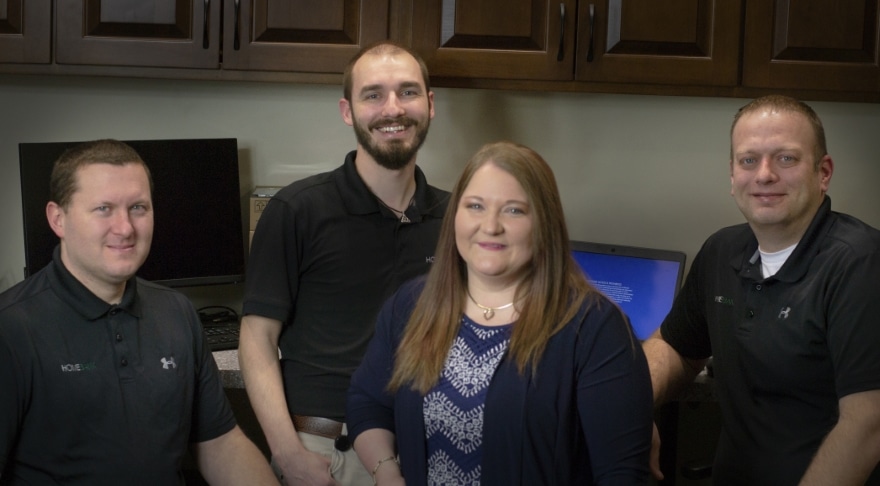 “The teller can easily walk up to you, show you the equipment and products, and how things work,” says Maple, HOMEBANK’s CIO and director of risk.

Building on an 85-year legacy

Formed in 1934, the locally-owned community bank is in its third generation of being family owned. Based in Palmyra, Missouri, it operates seven branches across the Show-Me State and in Illinois, with an eighth coming this summer. But as it maintains its homegrown aspect, the financial institution is advancing banking by embracing the latest technologies. 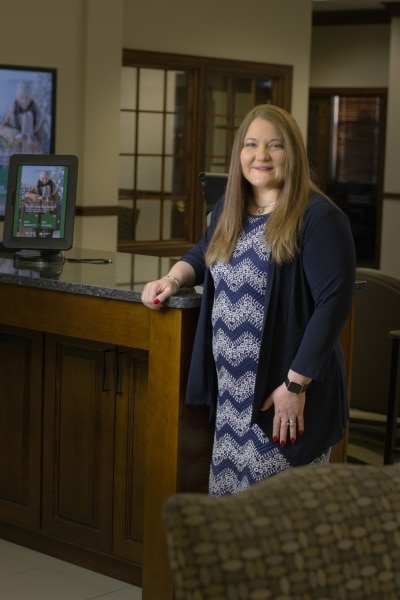 As Maple explains, her team has been immersed in projects, including a data center move, a server virtualization conversion, an Office 365 conversion, and upgrades to the bank’s board portal and tele-capture capabilities. The department has also brought HOMEBANK’s backup systems, vulnerability scanning and camera systems in-house.

Meanwhile, the financial institution didn’t have a centralized call center—which it prefers to call a “resource center”—until 2015; Maple and her team worked to implement call center software and chat capabilities.

And along with all of this? Maple served on the branch remodeling team from 2014 to 2016. That effort modernized lobbies at all branches, added the “teller pods” and discovery centers—where customers can digitally explore remote capture scanning, for instance, or merchant processing—and replaced old-fashioned cash drawers with cash recycling systems. These incorporate bill scanners and identifiers to accept and dispense cash, keep track of it and store it securely in separate modules.

Likewise, her department has been busy handling the technical build-out for HOMEBANK’s Mexico, Missouri, branch, planned for opening this summer.

“We joke about having spare time next year—that was three years ago,” Maple quips.

In the financial industry for 25 years, Maple started out in retail customer service and has served numerous roles across the banking sphere. She joined HOMEBANK in 2000 as an assistant vice president, transitioning to her current role in 2016. 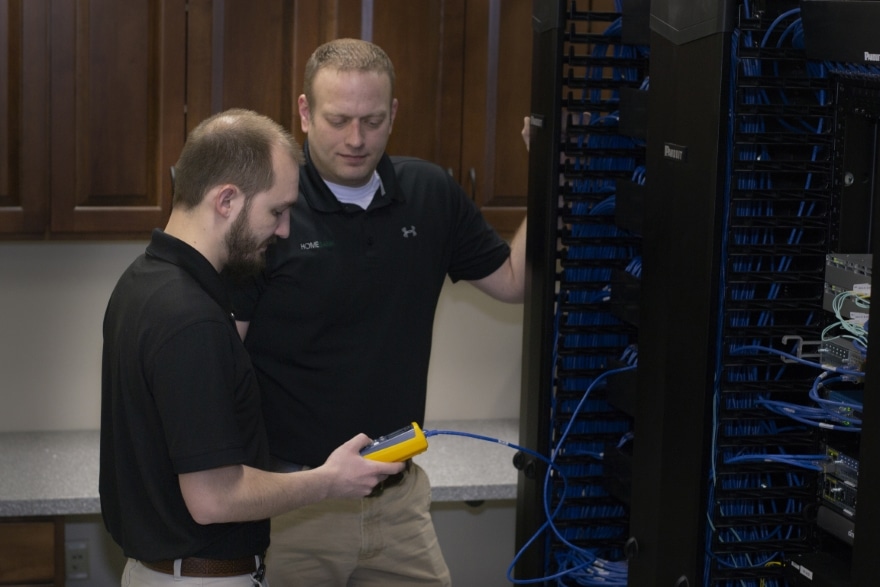 Maple has taken part in continuing education programs supported by the bank around technology and security. Members of her department are in the midst of Cisco training and security certifications, while she expects to receive a risk certification through the American Bankers Association this year.

Plus, “I’ve learned a ton from my team,” Maple says. “I’m really motivated by being able to help others and contributing to the team’s efforts.”

And educating the community, as well. As Maple notes, HOMEBANK has offered “lunch and learns” with customers when new products are rolled out or educating the customer on cybersecurity. It also offers other community events—for instance, on March 31, Information Security Officer Josh Hudson will speak on cybersecurity awareness at the Quincy Public Library in Quincy, Illinois.

For ongoing regulatory matters, the bank makes use of Continuity platforms; the Connecticut company provides alerts, summaries, outlines and action plans for regulation and compliance changes. Another of their tools allows HOMEBANK to build custom “to-do” lists, Maple explains, and track when employees have completed certain training programs.

To stay updated on cyberthreats, Maple and her team undergo regular training and are in constant communication with the Financial Services Information Sharing and Analysis Center groups and the FBI program InfraGard.

“There are constantly new attack groups, new threats—they’re increasing at an alarming rate,” Maple says. “It’s important that we stay up-to-date and educated on cybersecurity threats as they evolve.”

In the end, she adds, it is always exciting to work for “a company that is growing and allows you to grow with it. If you’re not learning you’re going to go stagnant, especially in technology.” 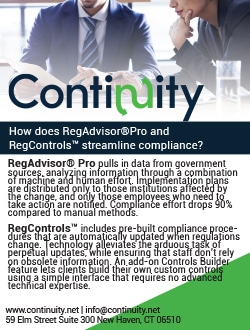