Blodgett builds connections in his district IT program

It’s important for team members in any organization: Be on the same page. Pull in the same direction.

But when you’re managing information services for a big, ethnically and economically diverse school district with 7,500 students in 13 facilities across eight municipalities, “being on the same page” is a challenge. It’s hard enough to even be in the same library.

For Jim Blodgett, this complexity and variability keeps things interesting and helps him always remember the mission. 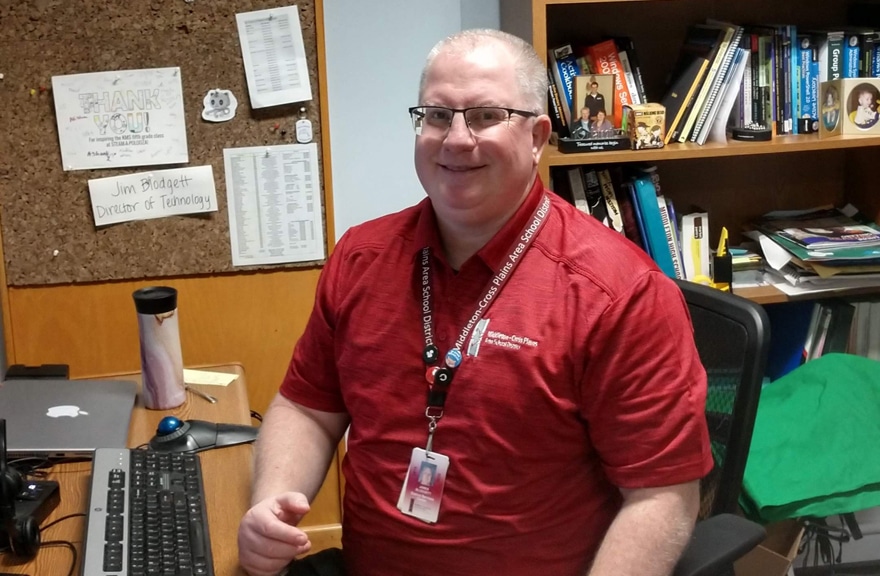 “In a larger school district, there’s more paperwork, less time with the kids,” Blodgett says. “But here I get to do a fair amount of stuff with teachers and kids, and I have a big enough team so I don’t have to get involved in all the minutiae that comes with running a network.”

In 2012, the school board for the Middleton-Cross Plains Area School District—a large district in a suburb of Madison, Wisconsin—allocated $25,000 to address what it called a growing “digital divide” at its schools.

Some students were using and benefitting from technology. But others were using it for playing games. The biggest problem: some didn’t have access at home.

When Blodgett became technology services director that fall, he started “Technology Access for All,” a $25,000 initiative to supply computers and internet access to kids who didn’t have access at home. Blodgett set up mobile hotspots and checked out the Google Apps for Education platform, later rebranded as G Suite for Education. He purchased Chromebooks that “let students take the internet home with them and tunnel back into the school learning network,” Blodgett says.

It was an early win—and proved to Blodgett he’d found his home.

In a district that consistently ranks in the Top 5 in the state for rigorous academics, “It’s a destination district for parents,” Blodgett says. “Our teachers and administrators take equity work very seriously.”

Still, Blodgett says when he arrived, “technology was someplace you went,” he says. “There were several computer labs. If you were going to use technology, you had to go to a room.” 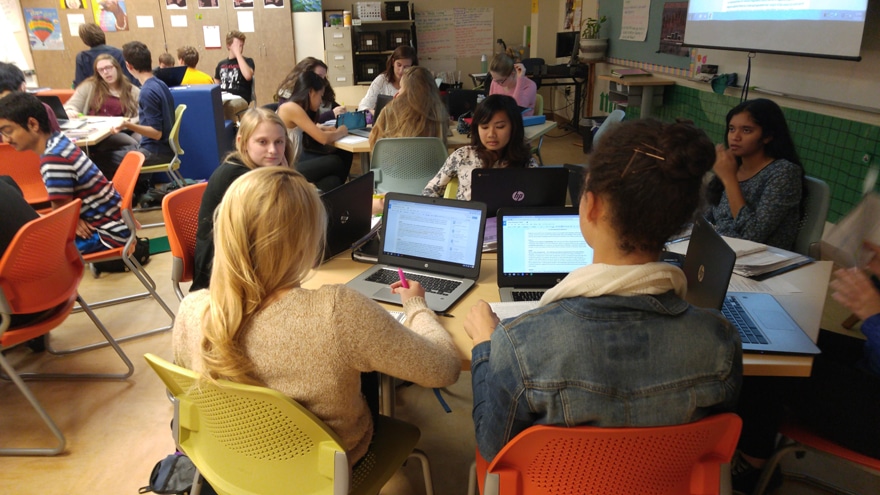 But there’s “a whole infrastructure side that comes with that. Rooms had to be dedicated, wiring put in place,” Blodgett says. “Computer labs are expensive and didn’t provide the flexibility students and teachers need in 21st-century classrooms.”

You can almost hear Blodgett say, “good riddance” to those computer labs.

The move to mobile computing was part of the district’s renovation of schools, but also fit the goal to make educational experiences more innovative and inspiring. The idea: Students learn better when they have control over their learning and are engaged in authentic problems and projects.

As in many school districts nationally, Blodgett’s administrators needed a way to send coordinated emergency mass notifications within schools, and across the district, while alerting law enforcement and engaging the building’s security barriers. Such an automated crisis response platform would prove to be “another case of using technology to let us accomplish something that could not be done without it,” Blodgett says.

But they had special challenges: The geographically dispersed district talks on a near-daily basis with eight municipalities; three, soon to be four, law enforcement agencies; eight fire districts and two EMS agencies.

So Blodgett tested and selected InformaCast from Singlewire, and chose Integrated Technology Systems to do the integration with its Open Options building access automation system. 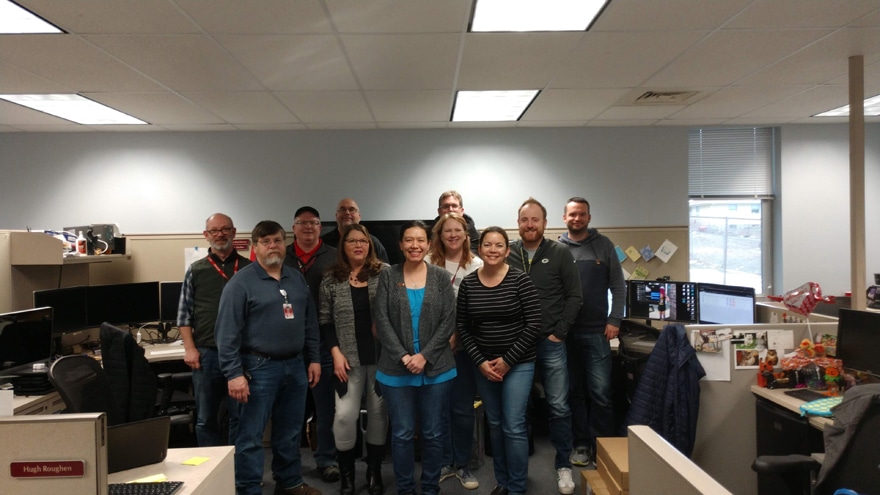 Integrated Technology Solutions provided the expertise to integrate the mass notification capabilities of InformaCast with Open Options, allowing any district staff member or student from any school phone or emergency button to lock down schools and send an automated 911 to emergency responders. It is also sends districtwide alerts, including those for dangerous weather.

“For any system to be useful in a crisis, staff must know it very well and be very comfortable using it,” Blodgett says. “The best-case scenario is to use it every day for the many day-to-day communication and operational challenges the district has.”

“There are pockets of kids all over the district that needed higher-level math class. At the high school level, some athletes travel a lot. There are some with medical or mental health needs. All of which are not served either by on online-only or a classroom-only approach. What we had the opportunity to do in Middleton, because of Jim’s support, is to ask, ‘How can we really design a system that supports all of those options for students?’“

It took a lot of back-end work.

“Jim and his team have been just fabulous about mucking through all that,” Gurtner says. “We’re not leading with tech, we’re leading with students and teachers.” 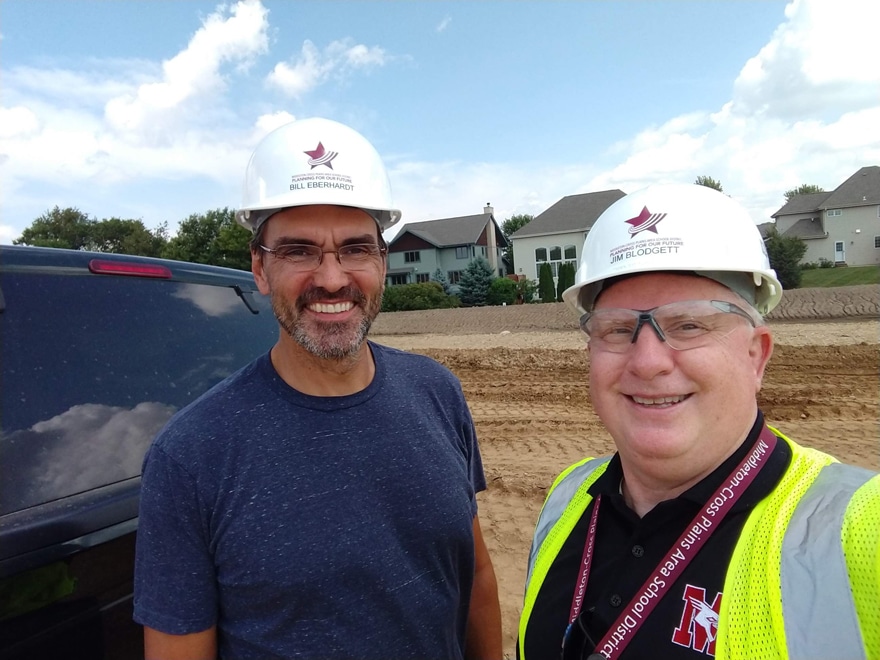 The approach “has proven to instill in students efficacy, agency and advocacy for their own learning,” School District Superintendent Dana Monogue says. “We are excited to scale these promising practices in coming months.”

It’s a lesson Blodgett conveys to his IT service staff: “Think about what you’re doing right now. How is that helping you meet our district goals? How can we help our teachers and end users be more effective?”

A math, science and pre-engineering teacher for 10 years in the Eau Claire, Wisconsin, school system, Blodgett has preserved his love of education by talking to faculty.

“We talk a lot about the difference between memorizing and retrieving information from memory,” he says, “and how technology can be used to help students engage in higher-order thinking skills.”

Does he feel he’s having an impact?

“I think so,” he says. “All of us get replaced and I hope the foundational systems and capacities we are building make that succession easier.”