School CIO works at the hotspot of access and connectivity

When the IT department at Duval County Public Schools made a remote learning platform seven years ago, it was intended to be used in case there was a hurricane and students couldn’t come in.

With the help of Microsoft, the platform had custom coding and was used to send emails or post on message boards. Over time, it was used to integrate more technology into the classroom and it became the basis of a distance learning program for students who needed to learn from home.

While some students were using the platform prior to the COVID-19 pandemic, everyone shifted to the platform in March 2020. With 125,000 students across 156 schools, the Jacksonville, Florida, district is one of the largest in the country. 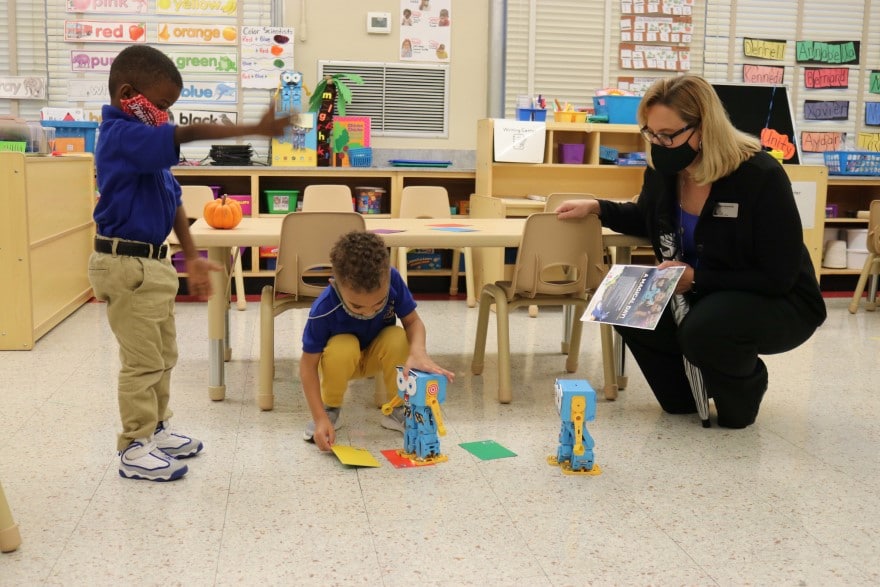 To handle the influx of users, Chief Information Officer Jim Culbert and his team had to expand the platform. Called Duval HomeRoom, it has since become a hub for students to attend live video classes, watch educational videos, view and complete assignments, and message their teachers and peers. Still, there were challenges.

“We already knew there was a digital divide in our district, but it became clear during the early days of the pandemic that we had to do more to bridge the gap for students who didn’t have everything they needed to be successful,” Culbert says. “It’s been important to us to ensure that all students have equal access.”

One of the biggest barriers was lack of internet access, Culbert says. The district already owned 3,000 hotspots, which it received through the One Million Project a few years ago, but needed more.

Using district funds, which were later refunded by the Elementary and Secondary School Emergency Relief Fund, Culbert’s department purchased an additional 5,000 hotspots from AT&T. His department created 10 pick-up locations throughout Jacksonville where parents and students could get the hotspots and laptops the district already owned. 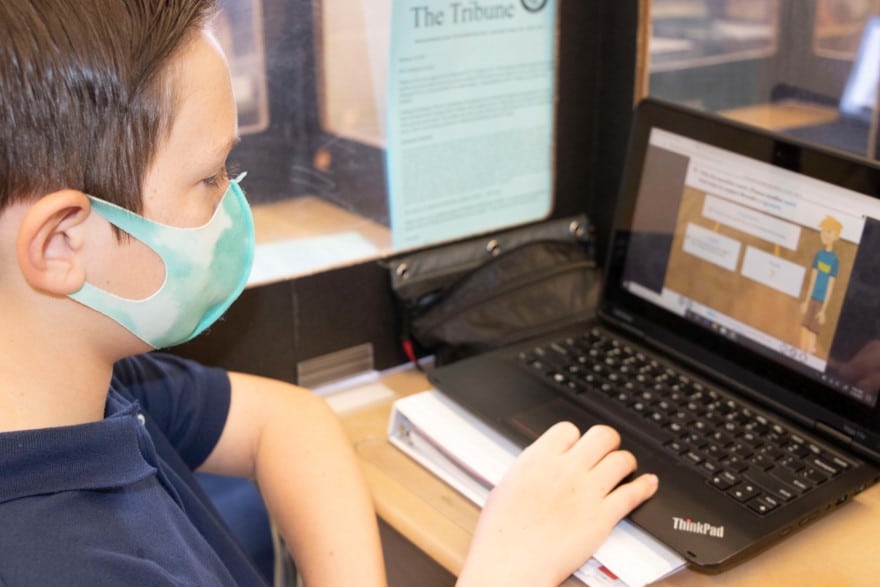 Culbert knew there would be a lot of questions with online learning, so he and his staff trained substitute teachers, teachers’ aides and other support staff to provide answers alongside the 12 help desk personnel. Culbert says everyone from first graders to parents called in looking for support.

He also relied on the 10 percent of teachers at each school who had become certified Microsoft innovators—they trained their colleagues on the platform. “I don’t know how we would have made the transition to fully remote without those teachers,” Culbert says. “They really stepped up and led the other teachers through this.”

The district stayed remote through most of the 2020-2021 school year and came back in person this school year. Culbert says about 3,600 students have opted to stay remote.

Despite most students being back in school, he says lack of internet access at home still affects their ability to do well since many of them need it to do homework or research. At the start of the pandemic, 5,000 parents indicated that they don’t have internet at home, with the neighborhoods near Matthew Gilbert Middle School having the least access. To remedy this, Culbert is leading efforts to construct a cellular tower on top of the school. 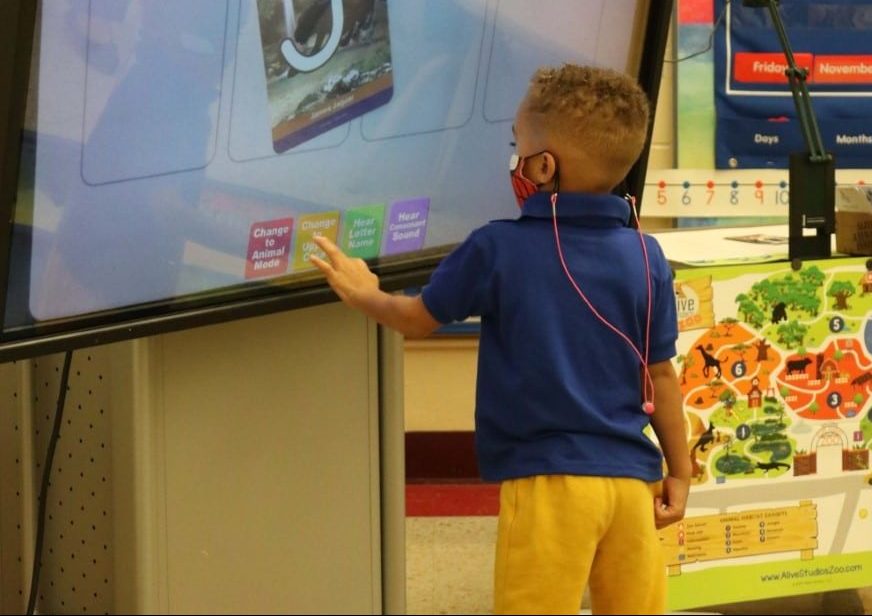 The 100-foot tower, which will allow students to connect to a private network, will reach 500 students in a five-mile radius. It’s expected to be completed in January, but that will depend on the availability of supplies. If it works well, Culbert hopes investors will help build more towers so every student in the district can use Duval’s network.

“We want to build out a network, not only for the students, but for anyone in the district to utilize,” he says. “The digital divide effects everyone.”

He says students who received hotspots reported feeling more engaged in their work and more supported by their school, with their grades reflecting this as well.

“I’ve become so invested in providing internet access to students because I’ve seen what a positive effect it can have on them,” Culbert says. “Seeing students who’d been struggling in school being given the tools they need to be successful and engaged has been so rewarding.”

After 23 years with the district, Culbert says he likes that he can still find new challenges and projects to be passionate about. He started at the district in 1998 as a technician and didn’t expect it to become the place where he’d make his career.

He’d always had an interest in technology and became more exposed while in the military. His time there taught him how to work with large computers and network systems, which has proven useful in his work today. 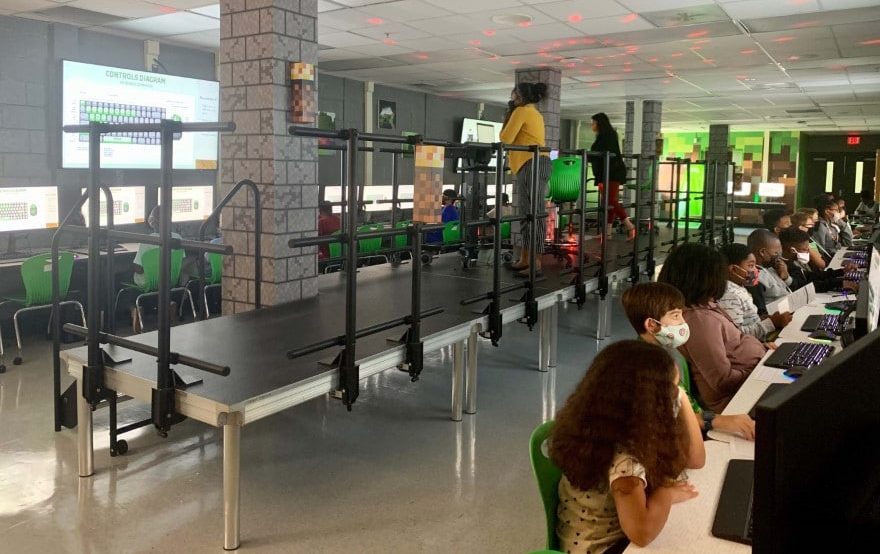 Culbert’s been CIO for six years now and says it was three years ago that the district’s superintendent began discussing the “digital divide.” Addressing this over the past few years has allowed him to better serve the schools and the students, he says, because he more deeply understands their needs.

One of his favorite parts of the job is fixing problems and using technology to make schools better.

“Through all these years, the thing I enjoy most at this point is going into schools and resolving issues,” Culbert says. “I like walking through the schools and talking to principals and students. If a third grader asks me for a specific computer program, I like actually being able to provide that for them and know that I’m helping them have what they need to do well in school.” 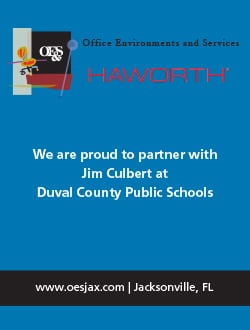