Locked in on educational transformation

Budgets permitting, adopting a 1:1 policy seems like a no-brainer. Not only do such measures improve classroom engagement; they can have a democratizing effect by assuring that students from disparate socioeconomic backgrounds have the same personal devices as their classmates.

There are caveats, of course. Laptops get lost. They break. Some might even be stolen. Before you know it, your district’s $1 million outlay has doubled. 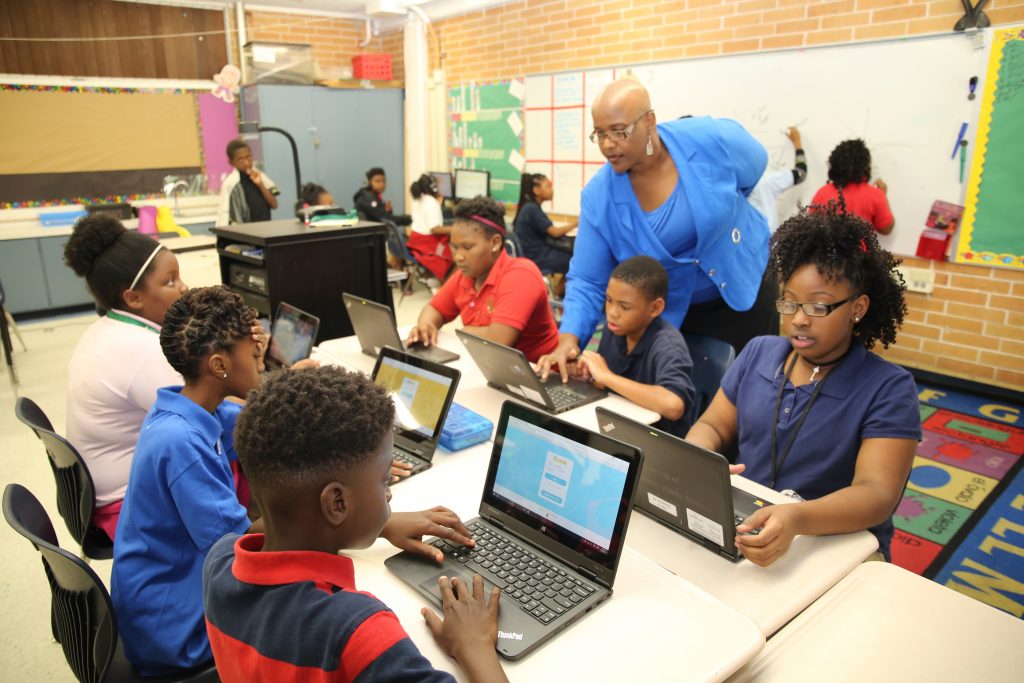 But for Jim Culbert and the team at Duval County Public Schools (DCPS), a district serving nearly 130,000 students, protecting that investment has meant reimagining one of education’s oldest, most iconic relics: lockers.

“It started with the idea of providing a place where students can store their devices and charge them overnight,” says Culbert, executive director of information technology for DCPS. “But the whole thing has evolved, to where it’s really becoming a pillar of our overall strategy.”

Referencing the district’s cloud-based student information system (SIS), students with laptops are given ID badges. By touching the badge to a locker-mounted monitor, students can access, store and charge their devices during lunch, gym or any other class that doesn’t require the device.

More impressive still, the SIS conducts a daily inventory to assure all devices are accounted for. Should software updates be needed, downloads are initiated overnight, so as not to overlap with student use.

According to Culbert, the sheer size of DCPS’ device investment—100,000 laptops and tablets across 198 individual schools—demanded an equally diligent approach to making sure those tools last as long as possible.

“Obviously, the main purpose of this initiative is to safeguard a tool that’s becoming more and more indispensable to the student experience,” explains Culbert, who first joined the district as a field technician in 1998. “But it’s also about encouraging students to take pride in their belongings, so that when they’re out there in the real world with their own devices, they take just as good care of them.”

While the technological investment is considerable, Culbert says the cost savings have been equally significant. In years past, circuits needed to be wired to dozens of mobile laptop carts housed throughout the school. By contrast, smart lockers require far less hardwiring, all while keeping the devices themselves measures more secure. 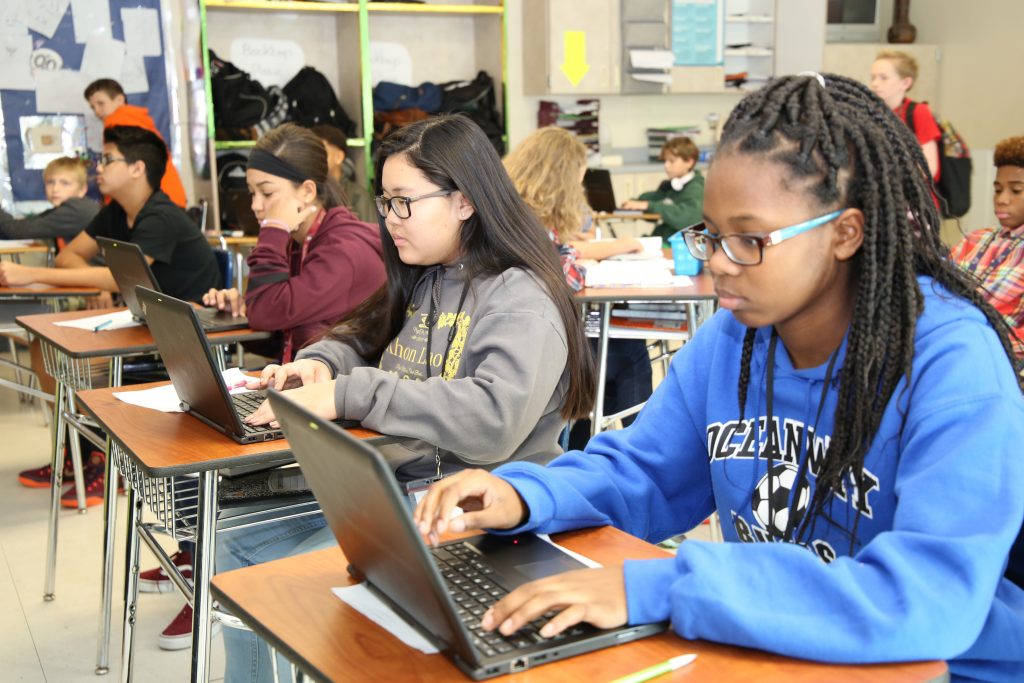 Smart lockers have also eliminated hours of busywork. Rather than rely on teachers to update their laptops at the beginning of a school year, DCPS now hires 100 area high-schoolers to clean the smart lockers and make sure the laptops are reimaged, or properly cleared and updated with the latest software.

“I think it goes back to that ownership piece: we’re encouraging students to really take care of these tools,” Culbert says, “while at the same time making sure teachers are ready to teach on day one.”

If DCPS’ lockers have undergone a functional mechanical makeover, its classrooms are experiencing a full-on transformation. Beginning in 2014, the district began moving away from traditional classroom projectors, which required constant recalibration and a fixed position at the front of the classroom.

“We’ve worked really hard to change the classroom environment to be more engaging and collaborative,” Culbert says. “We’re letting teachers be more flexible in how they orient the classroom, allowing them to move around and engage the students more creatively.”

In high schools throughout the district, classrooms used for core curriculum topics—meaning math, science, English and social studies—have been outfitted with 65-inch, interactive touch-screen monitors. During lessons and lectures, teachers can display slideshows, videos and other media in a way that’s easily visible. For more collaborative lessons, presentations are piped directly to the students’ laptops, allowing the teacher to create group-specific assignments.

According to Culbert, the district wanted a uniform solution that worked “out of the box,” where teachers can employ the same lesson or project regardless of which classroom they’re in.

What’s more, teachers are now able to orchestrate multiple lessons at once, also known as blended learning: reading and discussion for one group, a research assignment for another group, direct lecturing for another and so on. In some classrooms, it’s not uncommon for the students to be controlling what’s on the monitor, particularly during project presentations.

As with smart lockers, the goal is to install interactive monitors in as many of the district’s 169 schools as possible. From increased engagement to reducing the amount of time spent on state testing, the benefits of such an overhaul have become increasingly apparent—even if there’s still plenty of work to be done.

“It’s a challenge, for sure, but an incredibly rewarding one,” Culbert says. “It used to be, you started a textbook on day one and finished it in June. Now teachers can pull the best resources from multiple places to create a more effective curriculum. This is the future.”