Answering the challenge of change

Technology changes but relationships need not.

So reminds Jim St. Clair, who has had a role in overseeing both as chief technology officer since August 2017 at The Dinocrates Group.

A boutique strategy and technology advisory firm based in Rockville, Maryland, it’s become the partner of choice in guiding multiple levels of the public sector—and some private sector clients—through “the challenge of change.” 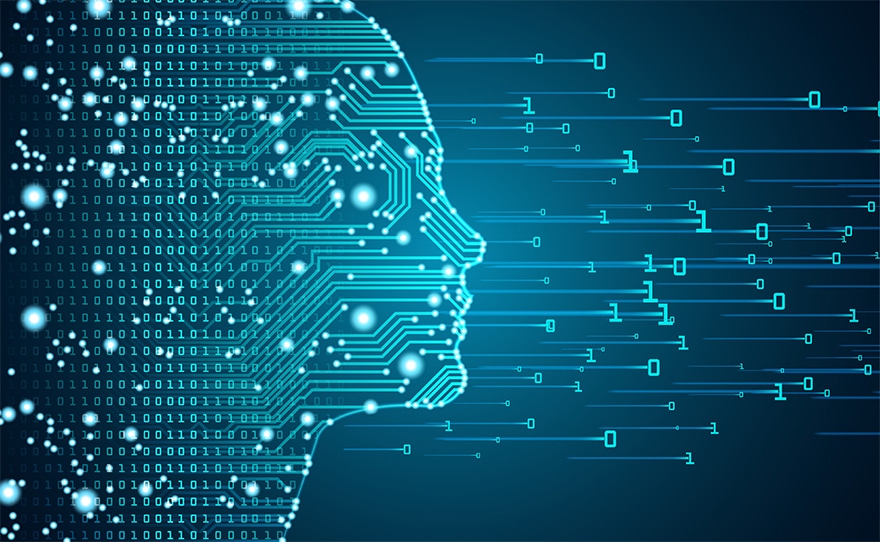 “It’s something I’ve always focused on—the ability to communicate and bridge gaps,” St. Clair tells Toggle in late February from the Louisiana satellite where he typically works. “It’s grown out of my position where, professionally speaking, I had to be able to explain the most complex concepts in a brief amount of time and hit the most important points.”

Especially when he was in the military, the former U.S. Navy lieutenant commander goes on to say. And how that experience has proven valuable today at a firm whose clientele includes numerous government agencies.

At Dinocrates, the mission may be different, but the need for communication and security is paramount for such clients as the Centers for Medicare & Medicaid Services, Department of Commerce, National Weather Service and three branches of the National Oceanic and Atmospheric Administration. Then there are the many state and local governments that rely on the firm’s services, as do some healthcare entities in need of cost-cutting and cybersecurity.

Given the sensitivity of these relationships, St. Clair chooses not to get too specific about services rendered, but in a general sense, describes how he collaborates with them, promoting the latest in such tools as blockchain, artificial intelligence, robotic process automation and cyber risk management for strategizing in the most cost-efficient manner. 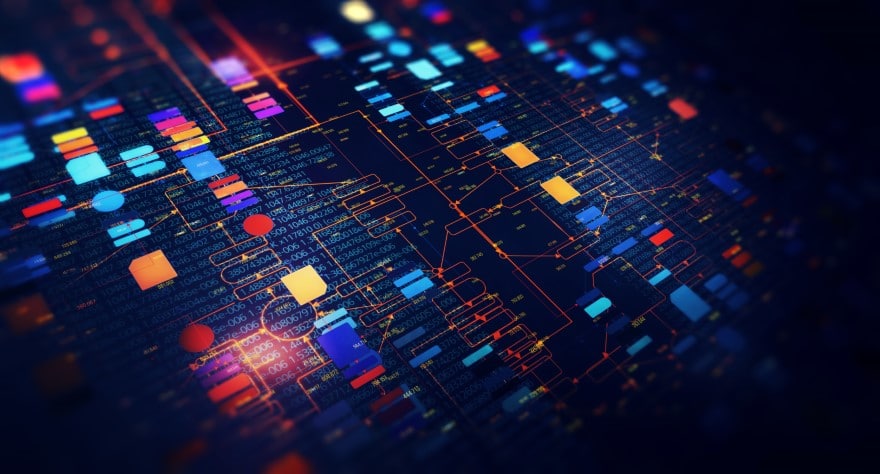 There’s some irony, he notes, in the public sector often falling short of the private when it comes to embracing new technologies. Budgetary constraints tend to keep legacy systems in service, notwithstanding the much-publicized hacks that have had various entities scrambling to upgrade after paying Ransomware, which complicate the ability for mission-critical government systems to adopt the newest – and untested – technologies.

All the more reason for technology upgrades to be seen as investment rather than just cost, emphasizes St. Clair, who’s well positioned to make that point as leader of Dinocrates’ transformation technology initiatives.

“I think technology clearly demonstrates ability to change faster than our culture, certainly the cultures of most industry verticals,” he says. “And in the public sector, they’ll tell you that they don’t have enough staff. That’s where technology provides a greater opportunity to leverage the work force you have. It shouldn’t be misconstrued as a job killer or threat to a staff organization.”

And in the Navy, it was indispensable.

Serving aboard numerous Navy commands from 1991 to 2000, St. Clair then complete another three years in the Naval Reserve. During a time when national strategy and political views had to move away from the historical threat of the Soviet Union – and face the imminent threat of global terrorism – St. Clair continued to find himself acquiring the various skills to be a chief information or chief technology officer before the titles were popularized.

St. Clair parlayed this experience into roles with multiple companies, starting off as a project manager with R.M. Vredenburg & Co., in 2000 and serving public- and private-sector clients as he continues to do today. 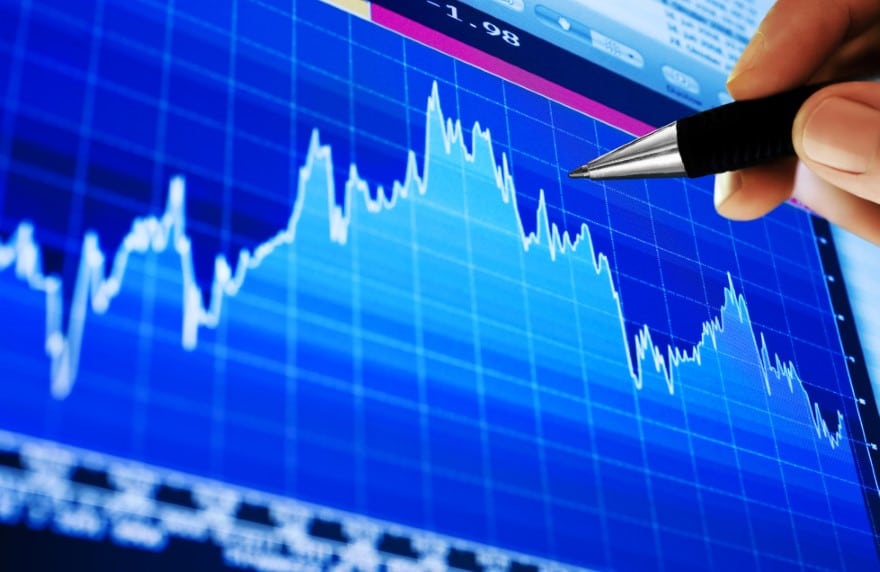 After four years he’d serve in another role as project manager, this time at AMS with a focus on homeland security. Over the years, through a range of positions and ever-increasing industry involvement, he’d find himself in the nexus healthcare IT, and in 2017—during the year he came to Dinocrates—St. Clair launched his own concept that embodies personal experience with the latest technology thinking in the Institute for Healthcare Financial Technology.

Building on the innovations of financial, insurance and healthcare technology—especially in such concepts as blockchain and distributed ledgers—IHFT aims to improve the healthcare value chain in order to reduce costs and streamline access and delivery. In recognition for his advocacy to promote new thinking and new technology, St. Clair was selected by his peers for the FedHealthIT® 100 award two years running, for initiatives gaining popularity with healthcare providers.

Dinocrates’ has a history of private sector healthcare clients, including AIM Specialty Health, Aira, Bright Health and Care Source. St. Clair continues to remain active in this industry where regulatory compliance and data privacy are sacrosanct. As such demands are also making it difficult for some healthcare providers to balance their books, St. Clair reminds that’s all the more reason to harness the many benefits of technology.

Which, of course, may take some coaching and collaborating with a firm that has the consulting expertise to revamp infrastructure, networks and operations while lowering costs.

What’s in a name?

And if you’re wondering about the name of that firm, it’s in honor of Dinocrates (Din-noc-crat-EES) of Rhodes, the ancient Greek architect and technical adviser to Alexander the Great. Among the highlights on his resume was laying the groundwork for the sparkling city of Alexandria on Egypt’s Mediterranean coast and overseeing the construction of various temples and funerary monuments. 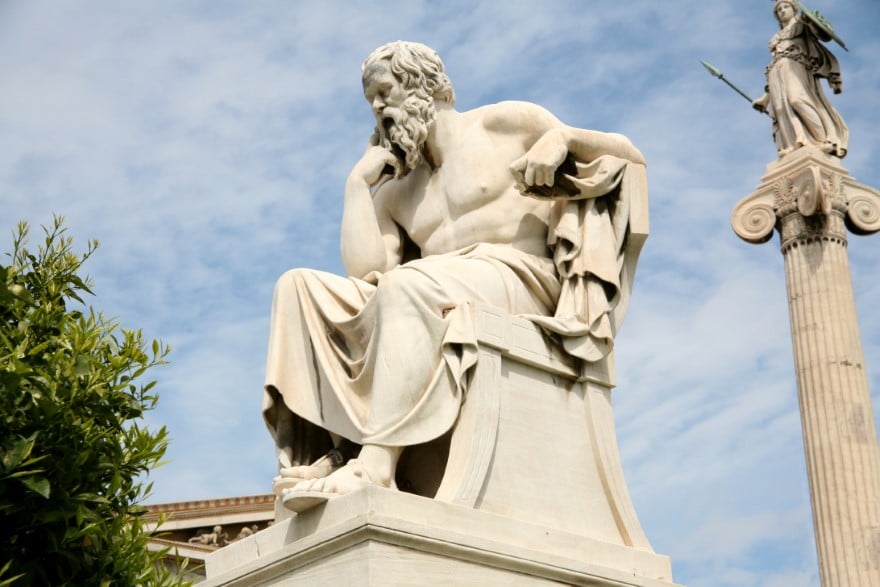 It took some kind of cutting-edge technological know-how to make a reality of a city named after Dinocrates’ boss, just as it does today to keep the public sector running at peak efficiency and security.

As Alexander’s conquests demonstrated, you can’t always get by on yesterday’s tools, St. Clair reminds. Even today’s tools don’t have an infinite shelf life, so he’s keeping an eye on the next tech generation.

How and where a public agency or private business leverages new technology impacts its success and ensure the privacy of its data. That said, adopting technology for technology’s sake is foolhardy without a big-picture strategy, the kind Dinocrates implemented over a couple thousand years ago.

St. Clair won’t claim to be the reincarnate of Dinocrates and his accomplishments will always be more virtual than physical. Nowadays, however, that’s where the most rewarding and riskiest projects take place.

Thus everyone needs at least a basic understanding of the wired world. St. Clair is eager to share his.