Connecting Choctaw members to services and each other

When Jimmy Williams came across a job listing for an IT position at the Choctaw Nation of Oklahoma nine years ago, the description was vague.

It mentioned programming, though, and because of that, Williams was sold. With a background in software development at Texas Instruments and MEMC, and as a Choctaw himself, he was quickly offered the position. 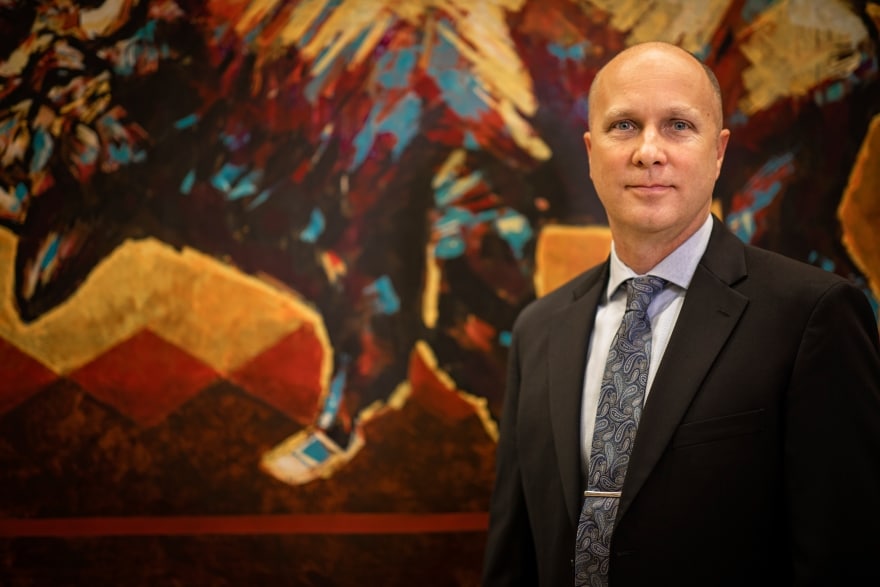 When Williams started there, the Choctaw Nation of Oklahoma had no IT leader, and IT supporting the organization was incomplete. He’s now the CIO and oversees the technology and digital infrastructure of every sector, including healthcare, government, entertainment, retail and more.

There’s never a shortage of projects, from business development to digitizing government services, so Williams has had to build a team over the last several years that can manage it all.

“We’ve really reinvented ourselves as an IT organization,” he says. “We’ve come so far in such a short period of time.”

The Choctaw Nation, an Indigenous tribal nation, has 200,000 members. Spanning 10,800 square miles in the southeastern corner of Oklahoma, the nation is larger than Massachusetts.

As a sovereign nation, it partners with federal and state peers to offer opportunities for growth and prosperity for its tribal citizens. A unique aspect of this is that the Choctaw Nation  doesn’t tax its members. Government services are paid for using revenue from casinos, restaurants and other businesses.

Williams oversees the implementation and maintenance of everything related to IT, including ranches and manufacturing plants, and public services, like the police and court systems. At any given time, his department will have a couple hundred projects its working on. 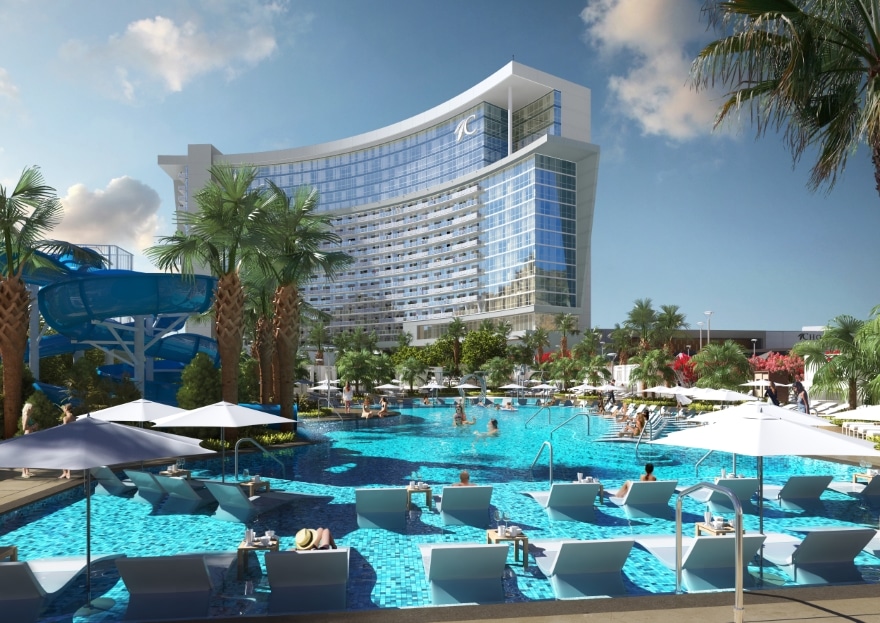 As of February, the biggest project was the expansion of the Choctaw Casino and Resort – Durant, which is expected to be completed this summer. The expansion includes the addition of several thousand gaming machines and 1,000 hotel rooms, as well as movie theaters, restaurants and a pool.

Williams and his team oversee every aspect of IT for the project, including making sure all the games are connected to the network, that Wi-Fi is set up and that the hotel booking and point of sale systems work. They are integrating services into a mobile application too, so people can check into their rooms and request valet service from their phones.

The team is also exploring new technology, such as a cashless drink ordering system built into the gaming machines.

“IT touches every single bit of it,” he says. “IT really becomes the nervous system of all this.”

The growth of casinos is one of the Choctaw Nation’s biggest drivers for providing better government services for members. Not only does it provide more jobs in the community, it also puts more money back into the Tribe.

As part of providing better services, such as child and family services, general assistance, home energy assistance and more, Williams tries to make them easier to access. For that, Williams has developed an online portal that allows members to view documents, submit applications, request assistance and view the status of service requests. 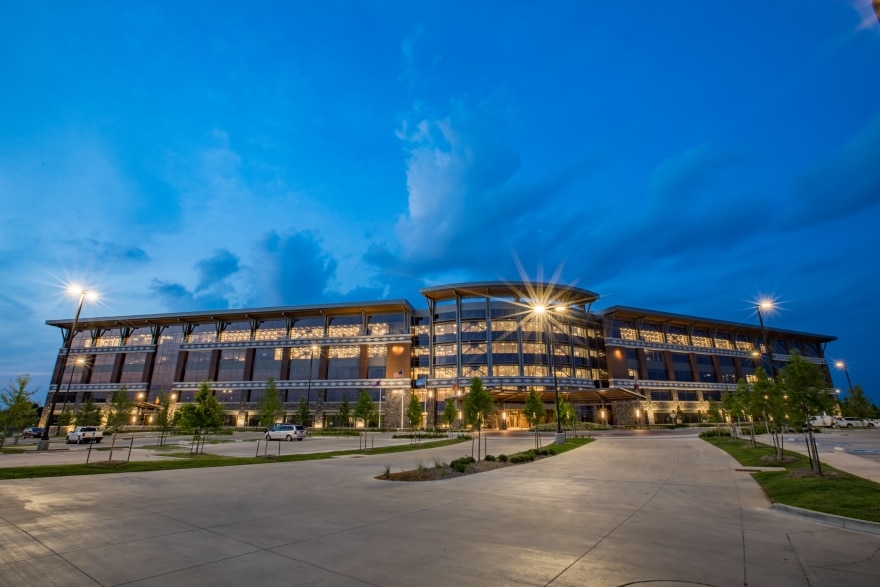 The digitization of member services, many of which used to be done using paper and the postal system or in person, started several years ago after members said they wanted modernization. Williams says he’s grateful the portal was in place when the COVID-19 pandemic hit last March because the Choctaw Nation received 140,000 applications for benefits through the Coronavirus Aid, Relief and Economic Security Act.

“If we hadn’t had the platforms and processes in place and had still been typing up applications and hand-writing checks, it would have been a different picture,” he says.

It took two weeks to begin distributing benefits using the online platform, whereas it would have taken up to 120 days using paper.

Williams has also built an underlying data system in the platform that collects members’ information so the Choctaw Nation can have a more holistic view of members. He says this allows the tribal government to be more proactive in getting people the services they need.

Without his team, Williams’ job would be impossible. He says he’s learned to delegate and hire people with specific skillsets within IT, whether its audio-visual skills, experience working with hospital technology or understanding the needs of a ranch.

Since Williams started working at the Choctaw Nation, employee size has doubled to 11,000. While employees don’t have to be tribal members, many are, and Williams says it seeks to provide good jobs for its members.

“We want to be an employer of choice,” he says. “We have opportunities in all types of fields.” 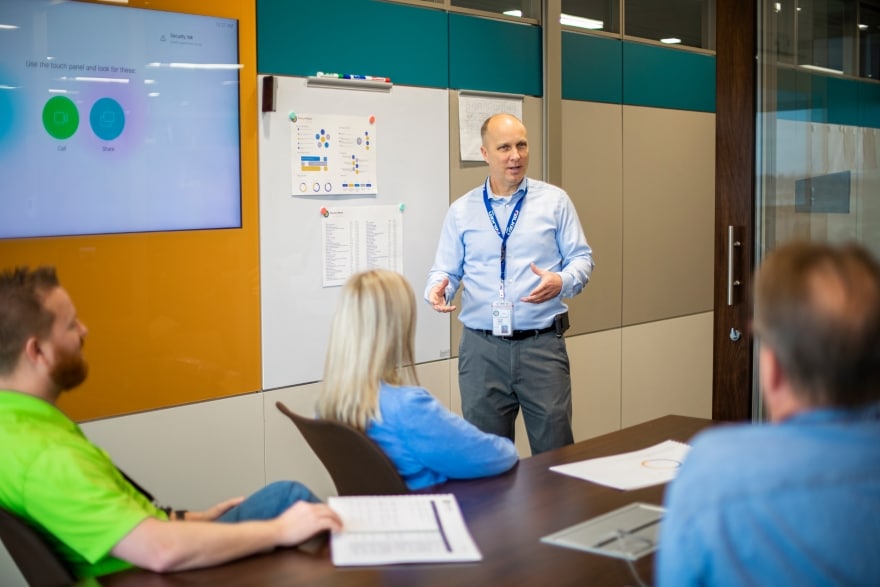 Williams has started a pilot program through the IT department to get more young tribal members interested in working for the Choctaw Nation. The program works with local universities to introduce students to opportunities in IT and Williams is working on expanding it to other departments, as well.

As someone who grew up in such a rural area, Williams has experienced firsthand the value the Choctaw Nation has provided members by creating jobs and opportunities. Helping young members build careers and find success is important to Williams because he wants to keep them invested in the tribal future while connecting them to its culture and history.

Looking to the future, Williams wants to increase access to broadband so members can better connect with services and with each other.

“We want to make services more accessible and decentralized and have the platform be inclusive for all members,” he says. “As we solve problems that are most immediate, we want to look at how we provide opportunities for members to create a better future.” 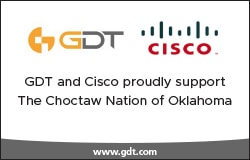 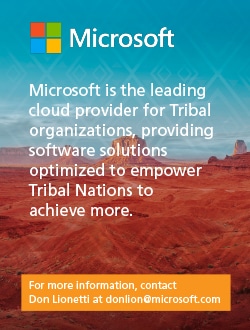