A Florida school district makes the IT grade

In Florida, end-of-year grades can be just as nerve-wracking for schools as they are for the students. Each spring, districts throughout the state are given an accountability report, complete with letter grades for every school. Available to the public, these reports can make or break a system’s reputation—and future funding.

So when Joe Amato arrived at Hernando County School District (HCSD) in 2016, he knew the district’s effort to move from a district grade of C to an A needed a strong technology backbone—even if the “How?” wasn’t exactly clear.

“I felt it was important that technology step up in terms of academics and overall leadership,” recalls Amato, supervisor of technology and information services for HCSD. “There was a lot of technical debt to dig out of, but we knew we had to start somewhere.”

Within two years, the district’s grade rose to a strong B, just a few points short of an A. Getting there, however, required more than just hitting the technology books.

From the get-go, Amato was faced with equipment and infrastructure that was aging and ailing, owing to years of budget cuts in a district especially hard-hit by the Great Recession.

Amato’s first step involved taking stock of HCSD’s technology, from classroom computers to wireless efficacy and back-end data storage. Within weeks of his arrival, he developed and distributed surveys designed to pinpoint precisely which upgrades were most needed. 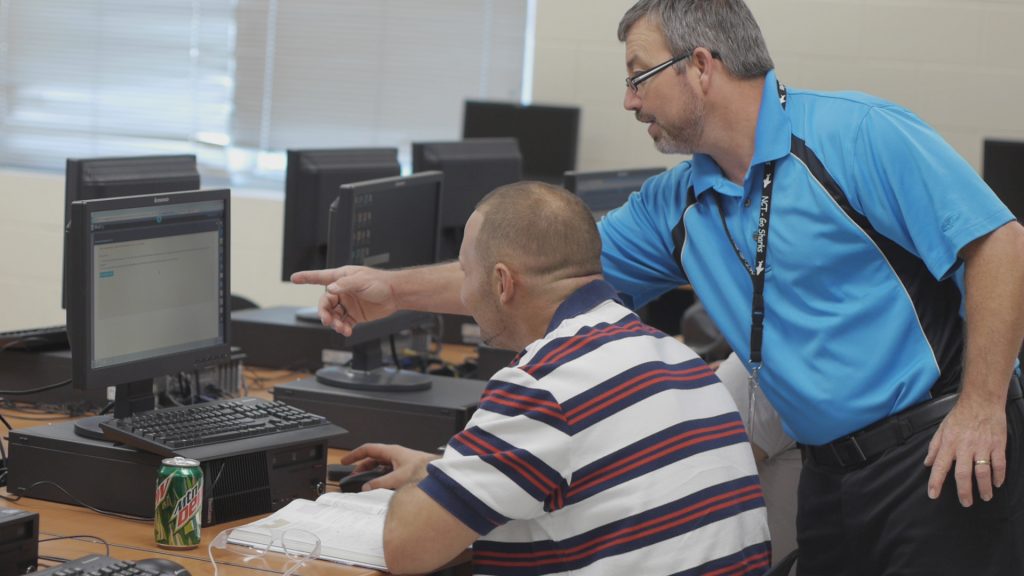 In 2017, the district issued 2,500 new laptops to teachers, the first new computers they’d received in a decade. The move served as a precursor to the HCSD’s eventual push for a 1:1 student-to-device ratio.

“Obviously we’re always focused on the student experience, but it was clear that equipping teachers with better computers was crucial to that goal,” Amato explains. “Teachers now have access to all sorts of tools to help make the learning environment more dynamic.”

In 2016, HCSD began the process of overhauling its wireless infrastructure. While Amato’s predecessors had done yeoman’s work of putting down a substantial fiber backbone, network speeds had yet to surpass 1 gigabyte, and in many areas barely hit 100 Mbs.

By adding dozens of new access points and routers and replacing many of the networks core switches with more robust POE switches, Amato and his team were able to eliminate the bottlenecks, resulting in a whopping 10G speed.

With the district having more data traffic than ever before, “That’s going to open up a whole new universe of possibilities on the classroom technology front,” Amato explains.

At Eastside Elementary, classrooms within the science, technology, engineering and math curricula—often referred to as STEM—are being outfitted with labs designed to teach students the basics of computer coding. 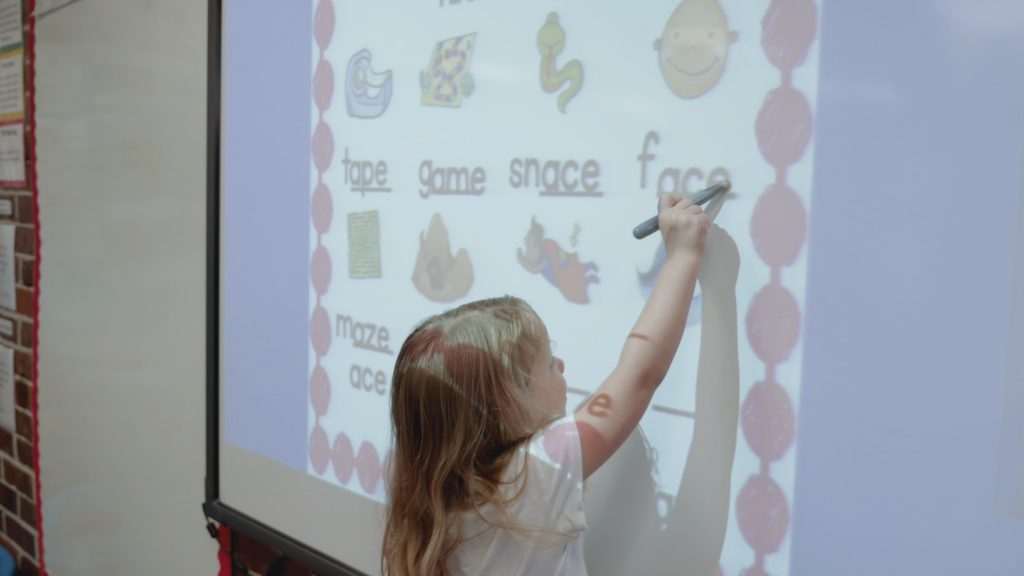 In many classrooms, wide-screen panels allow teachers to orchestrate interactive lessons ranging from space exploration to molecular biology. With these tools, students don’t just see images of a planet or cell; they’re flying through them, creating a truly immersive experience.

What’s more, the ActivPanel- and Android-friendly software make it easy to sync content with student laptops and cellphones, giving teachers the option of differentiating lessons and sending them out to specific groups or mirroring devices. Teachers can also download apps for free.

According to Shannon Kula, educational solutions manager for Promethean, the company behind these interactive tools, the goal isn’t merely to make the lessons more engaging, but more collaborative as well, through the multi-touch tablet-like experience.

“Our goal is to make the adoption of this technology as seamless as possible,” says Kula. “Providing professional development is a priority to ensure a successful implementation of the technology. Our Promethean Education Consultants work closely with schools to ensure teachers are comfortable using their new tools. It’s about ease of use, and Joe and his team have really worked hard to highlight the possibilities these tools hold.”

With the network refresh now complete, such wares stand to become even more popular, with robotics and 3D technology leading the way. That, in turn, will require an equally ambitious push for more student laptops, bringing HCSD ever closer to a 1:1 student-to-device ratio—25,000 devices in total.

“We want to get to a point where we’re giving every student a new laptop every four years or so,” Amato explains. “That’s where we really start to level the playing field.”

According to Amato, such measures will make it easier for the district to pursue things like 100 percent online testing, an initiative that’s become increasingly popular in recent years, particularly among teachers.

As for HCSD’s accountability report—arguably the most important test of all—Amato believes there’s always room for improvement. Getting there, he says, will require building on the momentum the school district has generated, high-tech and human alike.