“Leapfrogging” to become the classroom of the future

Balloons, deflated balloons and rocks. These are the three types of people in an organization, says Joe Phillips.

“Since the direction you’re always trying to go is up, you want people who are balloons,” he says. “You want employees who are aligned with the overall vision and actively working toward the upward push.” 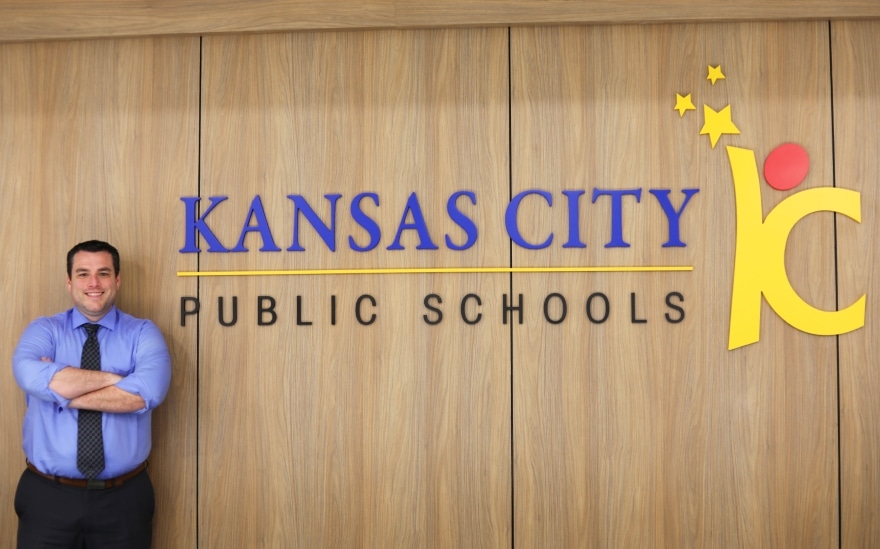 Deflated balloons, he says, can get there—they just need a little motivation or to be “filled up.” But rocks? They just weigh everybody down and refuse to change.

The executive director of technology for Kansas City Public Schools (KCPS) has made it clear that he is striving to build a team of balloons to get the district where it should be: His department’s “up” is providing reliable, engaging technology to level the playing field and close the digital divide for their students.

“We know that the work is hard, we know that we have challenges,” says Phillips. “We don’t try to hide those challenges; we face them head on we work together as a team to overcome them. It’s about the work and the change we’re trying to make happen for our kids.”

KCPS serves roughly 15,000 students in its namesake western Missouri city—a high population of low-socioeconomic status students. As Phillips explains, all students receive free lunch and many children coming into kindergarten have had limited exposure to reading or learning in general—a common statistical indicator is that many KCPS children have heard some 60,000 fewer words than children from higher socioeconomic status homes.

In catching students up to more affluent districts, Phillips intends to “leapfrog” them by integrating the latest technologies and concepts. 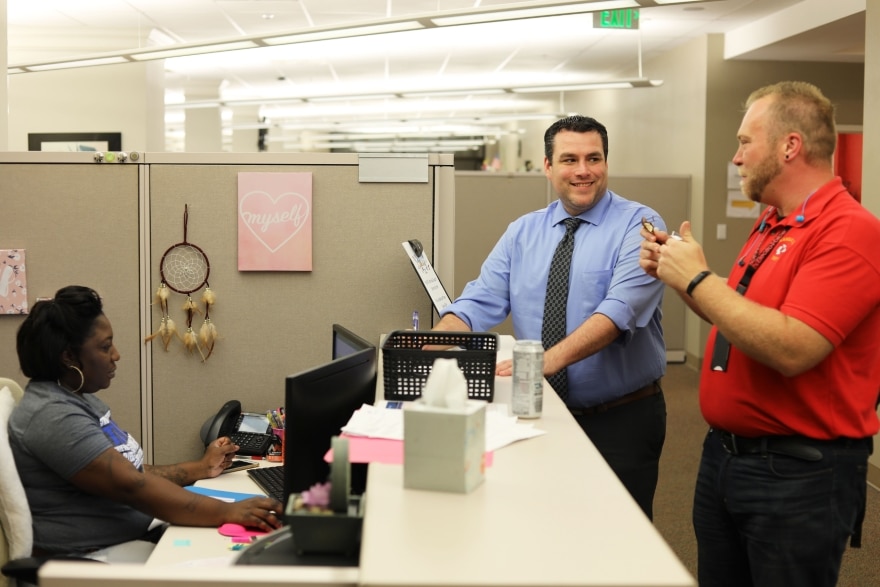 “We are working to put in place what other districts are thinking of as the classrooms of their future, 5-10 years down the road,” Phillips says.

And getting there? It’s a “non-stop adventure,” he says. He and his team of “balloons” have redesigned and updated the district’s 15-year-old infrastructure; upgraded to the best available wireless network; and installed next generation security firewalls.

The district has also broken away from the traditional classroom model by introducing iPads and Chromebooks for all students and is installing mobile, interactive flat panels in all classrooms. “Our teachers need to have the flexibility to untether from the front of their classrooms and engage with their students” Phillips says.

To facilitate learning at home, meanwhile, mobile hot spots have been provided to thousands of students.

Essential to all of this has been properly training teachers and staff and restructuring the customer service model.

Now, teacher trainers on the district’s Digital Learning Team help their peers integrate technology into lessons, and all the technology support employees from the tech department double as trainers. “We want the people who are conducting training to be the same people providing support when a problem happens,” Phillips says. “That trust has already been established.”

So, for example, when a ticket comes in that a flat panel isn’t working, a tech can assess the situation to determine if there really is a malfunction, or if a teacher needs some additional training—and ideally, that training could be done right on the spot. 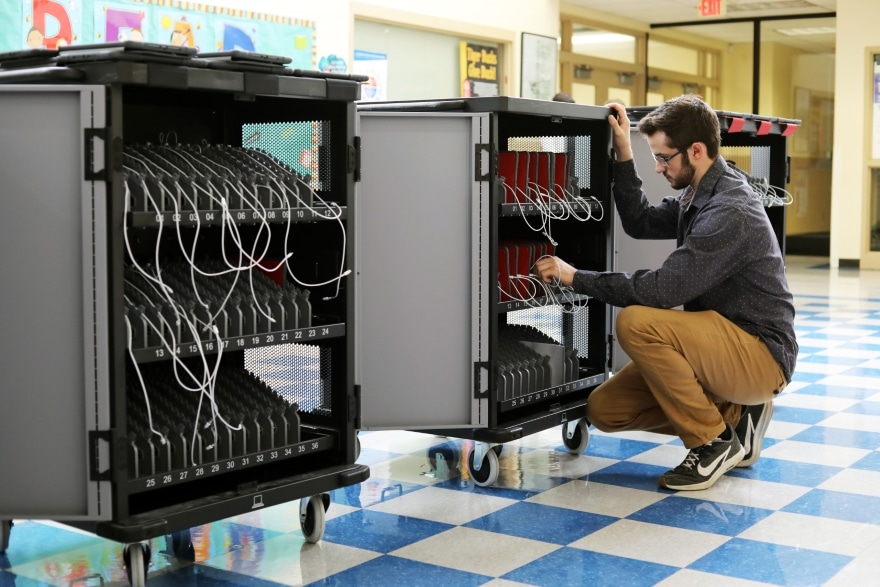 The techs are also much more proactive: They regularly check in on classes rather than waiting for a help call to come in.

As a result, the average ticket turnaround time has been reduced from 46 days to less than 48 hours.

“Interaction has gone up significantly, kids are way more engaged,” Phillips says. “One of my favorite things to do is to walk around our schools and see kids in groups, spread out around the room or even laying on the floor with their devices—not just sitting in rows of desks.”

Phillips, as he describes it, “stumbled” into education technology. Upon retiring from the Army—where he ascended from a private to a commissioned officer and became experienced in human resources, counterintelligence and IT—he took a position as a tech support manager at Park Hill School District where his children attended school.

He immediately “got hooked,” realizing that if you can provide the right technology tools, training and support, you can significantly impact students, teachers and society.

“It’s amazing to see the difference when you pull out old technology and give students brand new technology,” he says. “You literally see the engagement level go up—you see a child who just learned to enjoy learning.”

After accomplishing, as he notes, everything on his to-do list at Park Hill, he joined KCPS in June 2018.

He was attracted to the district because he was a student there, and he was also inspired by superintendent Mark T. Bedell’s vision. “I wanted to be part of that, to come back home and make a difference in the lives of our students here,” he says.

It’s all about changing the concept of the department. As Phillips explains, it’s no longer just IT, it’s an educational technology department. “It’s a paradigm shift in thinking about the work that we do, and who we do it for,” he clarifies.