Joe Sheridan is used to being the go-to guy for IT problems. In fact, in most of the leadership jobs he’s held the past 12 years, his first task has been to “turn around IT.” That’s led him to do everything from managing networking improvements to designing and building new business applications.

He began this design-build work in his first job at National Steel Corp. (now United Steel) 33 years ago. That’s where he quickly rose through the ranks after building his first application from scratch—it managed secondary coil steel inventory—and implementing it across every division of the company. 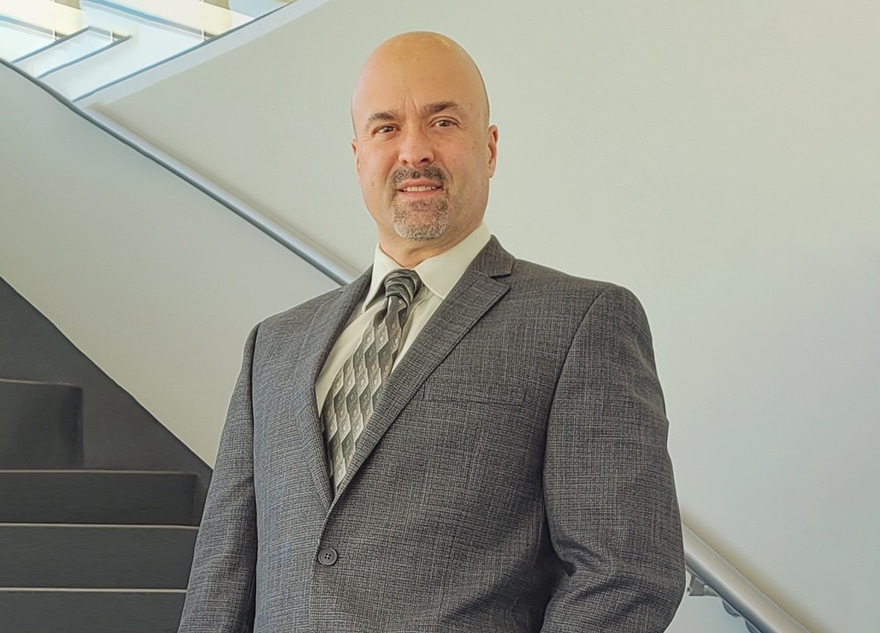 UMBRAGROUP, where he’s worked since 2018, hired Sheridan when it experienced international network issues following a new acquisition. The company recruited him for his skills in Microsoft Dynamics AX and wanted him to use it to streamline work and develop an IT strategy. As the company’s U.S. director of IT, Sheridan was tasked with setting up and rolling out a new network.

“I often say my resume is a graveyard of companies, but it has let me develop a set of unique skills that a lot of people don’t have,” he says. “I’ve been able to take opportunities and grow technologies by laying out a vision and strategy.”

UMBRAGROUP manufactures ball screws for aeronautics customers, as well as balls, bearings and electromechanical actuators. Its parent company, UMBRAGROUP S.p.A., was founded in 1972 in Italy, and has plants in Italy, Germany, and the U.S. The company hired Sheridan a few months after it acquired Thomson Aerospace and Defense in Saginaw, Michigan.

Thomson Aerospace and Defense is a U.S. Department of Defense supplier, meaning the company has restrictions in connecting to UMBRAGROUP’s foreign network. With its strict DOD requirements, the company requires networks to be U.S.-based and will only work with IT staff who are American citizens. 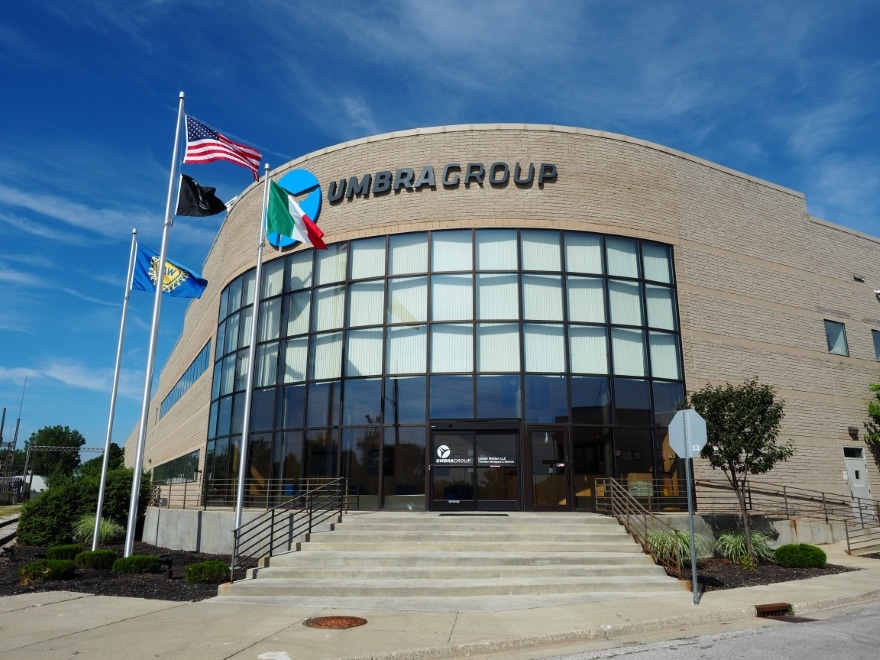 Sheridan moved Thomson, and Umbra Cuscinetti, located in Everett, Washington, to its new U.S.-based network and has also overseen the implementation of Microsoft Dynamics 365 for finance and operations. Since Dynamics 365 is a non-government platform, the U.S. offices can still collaborate with the Italian headquarters on it, but DOD work is kept separate, he explains.

Before Sheridan was hired, he says Thomson’s network and internet connection would go down two or three times a month while one person worked in IT. There were 300 open IT help desk tickets when he started, but now, with the new U.S. network and Dynamics 365 in place, there are now around 30 open tickets each month.

“I’ve always liked fixing things and seeing the impact improving technology has on people,” Sheridan says. “You’re helping people focus on their job instead of technology issues. Companies I’ve been hired into often operate 80 percent of the time putting out fires and 20 percent focusing on new innovation. I’m always working to flip that.”

Part of the innovation Sheridan is working on is updates to UMBRAGROUP’s cybersecurity.

Supplying products to the DOD requires meeting strict compliance rules and obtaining a the newly imposed Cyber Security Maturity Model Certification, which Sheridan expects to earn by next year. The certification is a new requirement from the DOD, so Sheridan has to go through all of UMBRAGROUP’s programs and procedures and make sure they meet the standards. 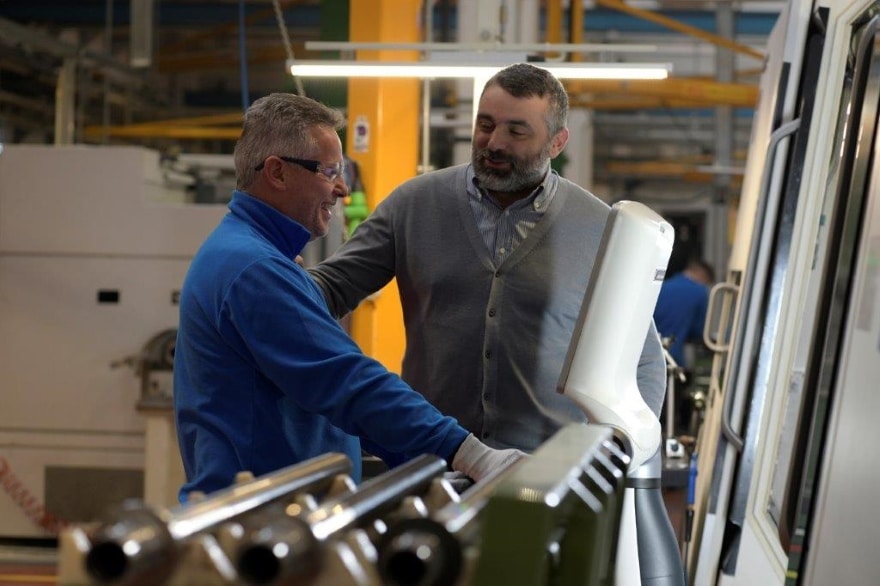 Because UMBRAGROUP works with a lot of third-party companies, he needs to make sure there are no cracks or loopholes in the company’s security framework. He’s working on a “cookie cutter approach” to cybersecurity so all the U.S. locations are using the same systems and protocols.

“What we’re trying to do is implement a lot of best practices and achieve a templated approach for our other U.S. locations,” he explains. “We’ll implement it in future acquisitions too, so it lays the groundwork for all future events.”

Updating cybersecurity includes ensuring all new manufacturing tools, some of which are connected to the cloud, are secure. Sheridan’s been doing as the company modernizes the Michigan manufacturing plant and replaces its old technology. Replacing infrastructure takes time, he explains, because it needs to be done in layers, but in the end these new tools will save the company both time and money.

From the floor up

Sheridan has big plans for the manufacturing tools and systems at Thomson Aerospace and Defense. He wants to leverage Dynamics 365 to innovate with new applications to streamline how the manufacturing floor processes orders and does business.

Dreaming even bigger, he also wants to try a proof-of-concept using Microsoft’s augmented reality with Thomson’s engineering and manufacturing teams. It could, for example, greatly improve the company’s design and engineering processes by providing better visibility of product designs on the shop floor. Sheridan says drawings can sometimes be difficult to read and this technology would give machine operators better guidance. 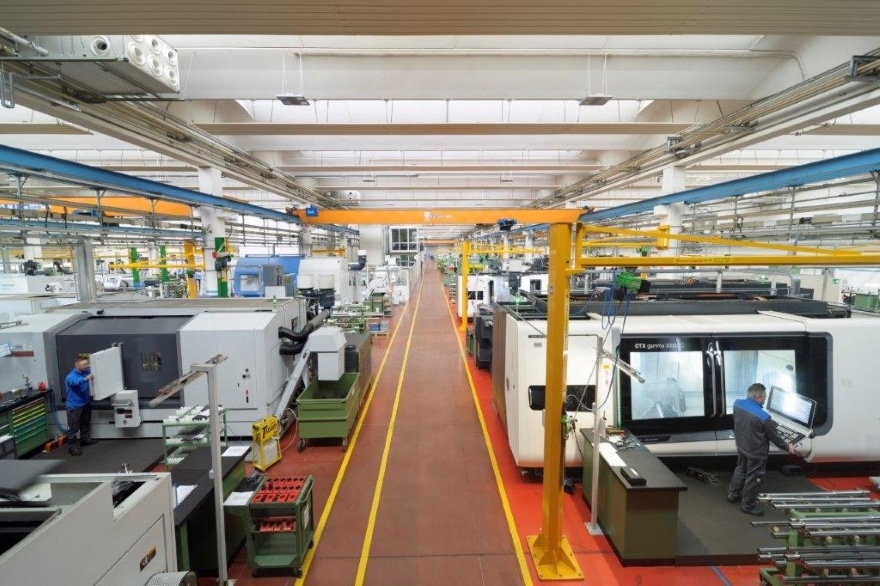 Aside from making systems run more smoothly, Sheridan is putting an emphasis on the manufacturing team because it’s had to work on site during the COVID-19 pandemic. Working with the DOD designates the company an essential business, so upgrading infrastructure has kept the crews safer and less crowded on the floor.

Despite the pandemic, Sheridan says Thomson “didn’t let up one bit in 2020.” There were a few supply chain issues, but otherwise everyone continued working hard and came together to try out new ideas.

“When I was younger it was all about climbing the ladder, but I’ve realized it’s about the people you work with,” he says. “Here we’re like a family and collaboration and innovation is valued.” 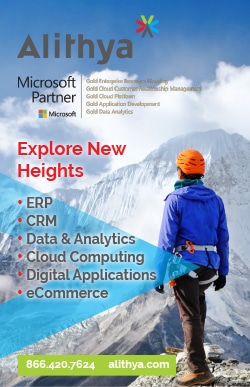