Sonny’s BBQ has taste and technology on the plate

If you’ve enjoyed a heaping helping of pulled pork with slaw on a bun at one of the many Sonny’s BBQ restaurants in the Southeast, you probably weren’t thinking: Compliments to the chief information officer.

Understandable enough; your gratitude just naturally tended toward the pitmaster who sliced, seasoned and smoked the meat on an oak-infused smoker, perhaps over the course of half a day, to so tenderize it to your satisfaction. Sure didn’t seem like high-tech was involved in the time-honored process. 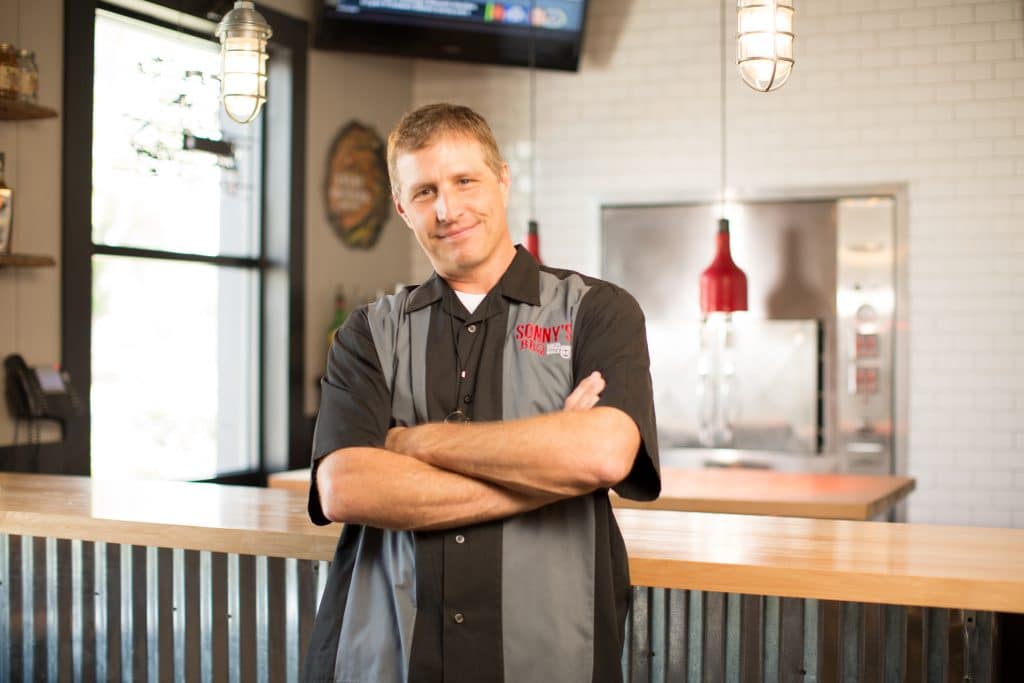 Only it was, reminds Joe Tenczar, who has served as Sonny’s chief information officer since early 2014, after previous roles with Hard Rock International and Ripley Entertainment Inc. Barbeque may be casual dining, but there’s nothing casual about overseeing an operation with, at last count, 112 franchises in eight states and with well-thought-out plans to go beyond.

“Sometimes, to the chagrin of the individual operators, they learn that to survive in the modern restaurant world they’ve got to be more technology-savvy,” the youthful 49-year-old Tenczar explains from Sonny’s headquarters in Maitland, Florida, just north of Orlando. “Any business that runs on thin margins has got to rely on analytics—what the customers want, what’s moving, the cost of goods, etc.”

Nowadays, those metrics aren’t likely to be reliable without a volume of data and folks like Tenczar crunching it in a slew of areas, including menu selections.

Not by pork alone

Pulled pork and sweet and smoky ribs with generous sides will always be Sonny’s staples; the chain is among the nation’s top restaurant buyers of pork. Brisket, on the other hand, which is beef, was initially perceived as more Texas-centric than Southeast, and for a long time wasn’t as emphasized at Sonny’s, which has yet to put its footprints in the Lone Star State.

Through data, diners nevertheless were speaking up for the often slow- cooked beef cut and are now being heard, Tenczar says, explaining that each of Sonny’s franchises is required to maintain a so-called tech stack that analyzes every transaction from the point of sale. A deep analysis of anonymized transactions can differentiate between long-time customers and newcomers, further enabling Sonny’s to convert the latter into the former. 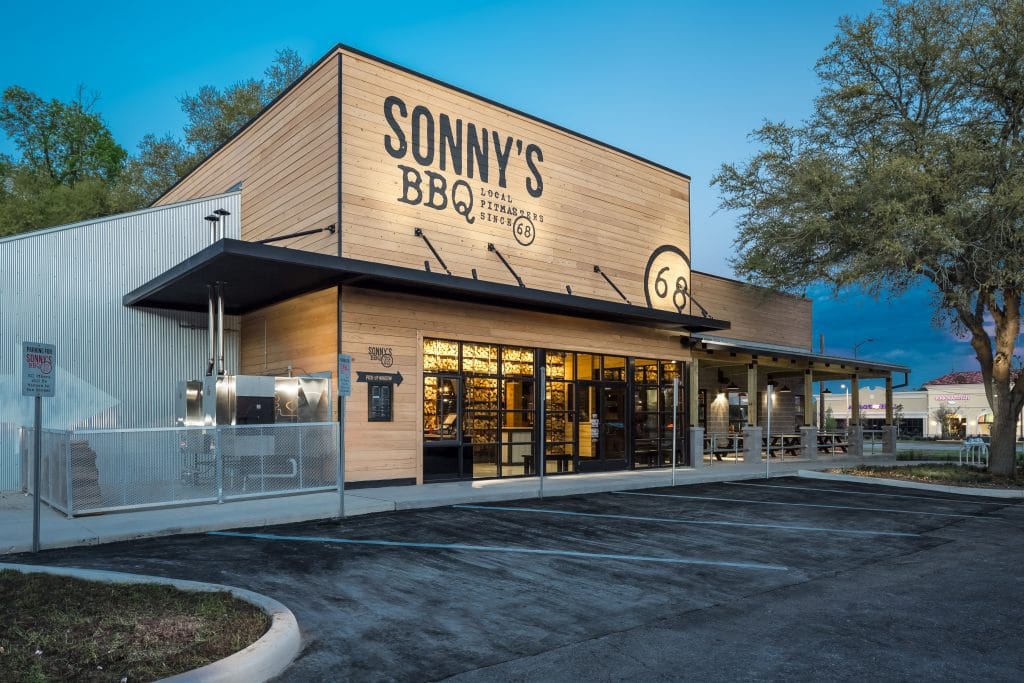 While most of the daily transactions are still from unidentified guests at Sonny’s, with enough data to analyze, patterns can be quickly established, revealing the popularity of each selection and what price can be sustained.

Brisket is being demanded by customers old and new, and Tenczar assures there’ll be heaps of certified Angus beef across the board. And he’ll be monitoring the data to see what else is becoming increasingly popular or is out of vogue.

The data is also critical in helping Sonny’s marketing team see which  campaigns work and which don’t. Today’s restaurant marketing requires highly-targeted advertising to ensure that guests receive a message that speaks specifically to them, and not just a general promotion that ends up in their spam folder.

“It’s why we require our franchises to hook into this technology,” he says. “Barbecue is very competitive; you can’t get by just on serving the best food—which we think we do.”

Service at both ends

That said, there’s no substitute for good service and good food, but even that must be monitored by complex metrics.

The restaurant industry is changing, Tenczar says, envisioning that over the next decade, establishments will lean heavily toward being either experiential or external. By experiential, he means a sit-down operation, such as Sonny’s, where customers look forward to coming in with family and friends, sitting around a table or at a bar, and enjoying the entire experience that, in this case, may include drinking a beer or Sonny’s signature Sweet Tea, while enjoying the sound of country music.

But Sonny’s can’t neglect the external, Tenczar quickly reminds. He’s seen how multiple restaurant chains have prospered by hastening the takeout and delivery process with online tools. He points out that the ever innovative Amazon has bought Whole Foods, and with its delivery service that already competes with UberEATS, it’s likely to score bigtime.

Casual restaurants, Sonny’s being among them, had better be vigorous in the face of such competition and industry evolvement, says Tenczar. Credentialed in business as well as technology, he seems well-versed in the mission.

A Connecticut native, Tenczar graduated from the University of Florida in 1990 with degrees in telecommunications and computer science. A risk-taker at a young age, he opened a post-production studio that failed but still provided lessons for success.

“Ten years after my undergrad, I went for my MBA to learn why my business failed,” says Tenczar, who completed his graduate work at Rollins College in Winter Park, Florida. Having completed the program in 2000, he could pick and choose his opportunities, eventually serving as chief information officer from 2008 to 2014 at Hard Rock International in Orlando, where he led the global implementation of Micros’ Simphony, as well as a loyalty program that now spans all restaurants and hotels in 63 countries, using 13 different point of sale  systems. 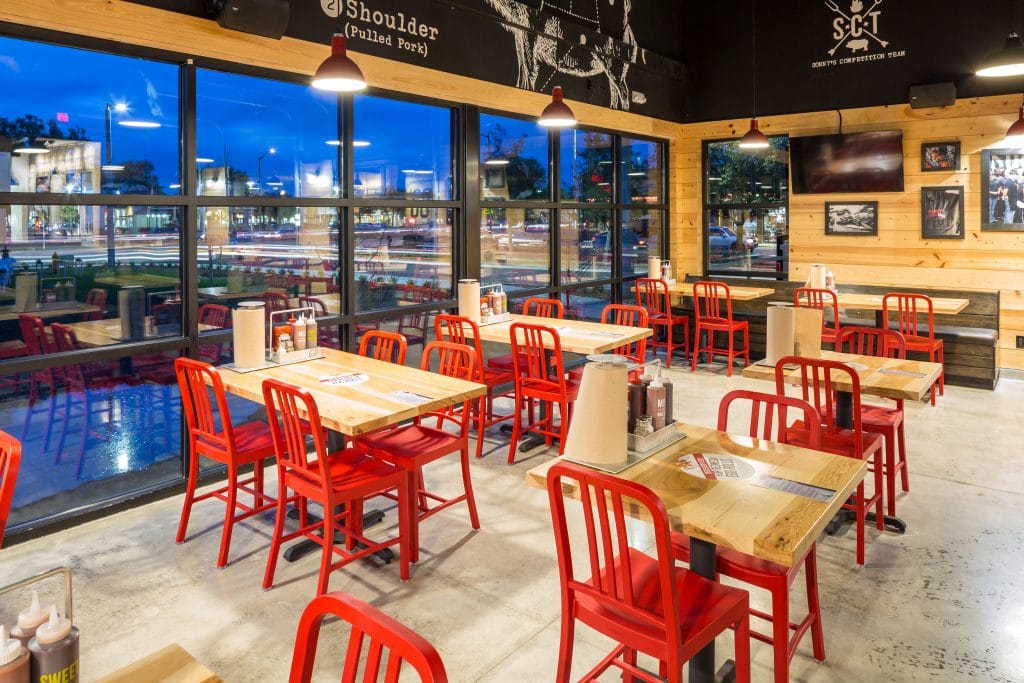 He also helped bring to market the multimillion dollar initiative, Hard Rock Interactive, that uses various forms of guest-facing touch-screen technology and was credited with a 5 percent increase in repeat business because of that approach.

This resume made him a natural fit when Sonny’s was looking for a tech wiz with business training and a creative mindset to help lead the company into the 21st century. Tenczar is one who isn’t shy about stressing the importance of mixing all those attributes.

“I’m an evangelist on the value of a top technical person in any company,” he says. “Technology is so integral in modern business that if you don’t have a CIO at the table, you’re going to be making critical decisions without the necessary information.”

He continues: “If you want to be in technical management, you’ve got to have as much business acumen as technical acumen or you’re not going to grow.”

Tenczar has recently partnered with two other top technology executives in the restaurant space to form a consulting practice called (what else?) 3CIOs. While he is still primarily the top tech guy at Sonny’s BBQ, he and his partners now help various restaurant companies with strategy and how best to get through the disruptive changes that the industry now demands.

Tenczar has made a good case why he belongs at the table. All the better if there are also plates of pork, ribs and, of course, brisket.