It’s not uncommon for teachers to keep learning themselves. In fact, it’s typically encouraged.

But how often does it lead to someone shifting to instruct in an entirely new topic?

For almost 20 years, John Armstrong taught music to primary and middle school students in concert, jazz and marching bands. He coaxed the right notes from beginners and honed the ears, skills and touch of more advanced musicians. 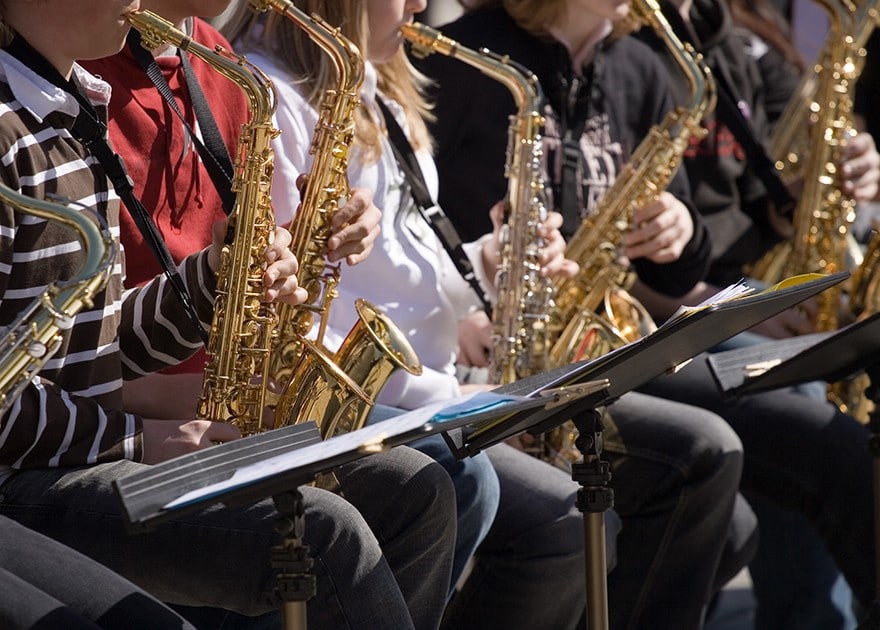 In 2010, he began playing a different professional tune.

“I moved from music educator to a technology leadership position,” Armstrong says. “When I was teaching children about music, I had to reach out and meet them where they were. I always considered that to be good teaching, and I still do that today.”

After previously using classroom desktop and laptop computers, the school district is in the second year of a 1-to-1 program rollout supplying middle schoolers with Chromebooks. The devices, which students can take home, are distributed to sixth graders who will keep them after they leave the district to attend high school, Armstrong says. 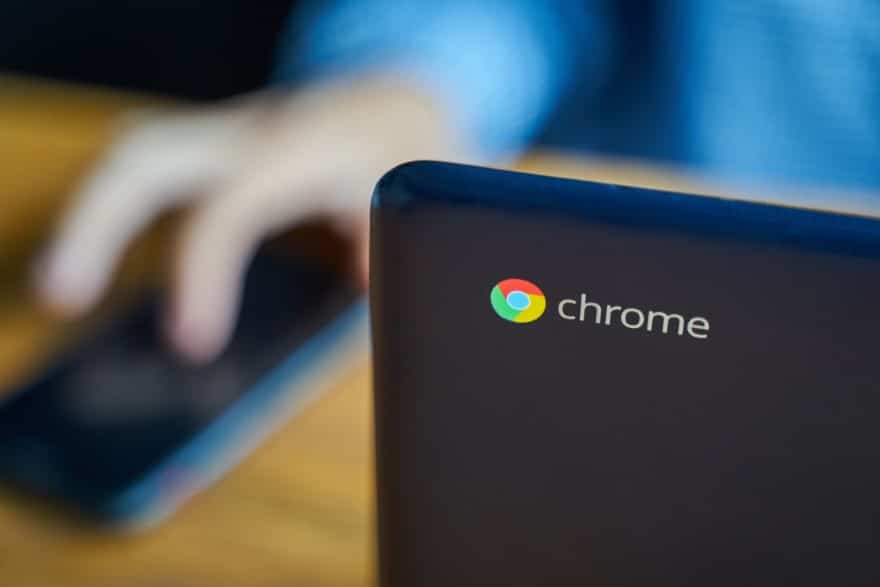 The school district took a deliberate approach in creating the 1-to-1 program as well as supplying devices to primary grade students at a ratio that never exceeds 2-to-1 and replaces laptops.

“We needed to be in a position where we could sustain it, and it’s been done at no direct cost to students or families, Armstrong says.

Chromebooks were chosen for numerous reasons: cost, long battery life, a lower risk of malware or ransomware infection, and because Google apps have developed well enough to support teaching and learning in the district, he says.

Yet as he has with students, Armstrong helps staff and faculty become familiar with the technological changes the district is making. He and his staff provide plenty of professional development opportunities, and Armstrong adds there are instances where items such as the shift to Google Apps for Education, or GAFE, take off quickly. 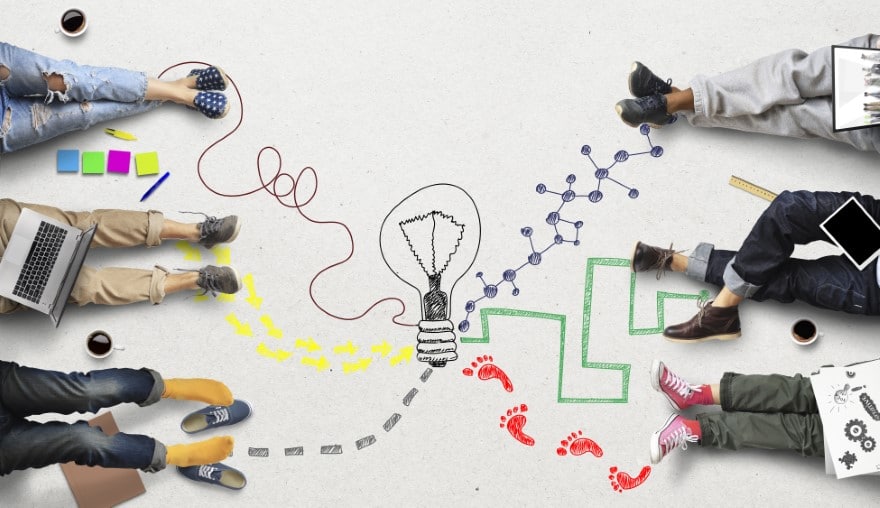 “Anytime we put in something that is a total win-win for our staff, it feels great,” Armstrong says. “I haven’t lost sight of being in the classroom and having extra things put on your plate.”

While Armstrong initially helped select curriculum content, the school district created an instructional technology coordinator position almost a decade ago, so now Armstrong and his staff are charged with finding the tech that matches the educational objectives the district outlines.

The online content choices have expanded, and he adds the school district has been able to design its own and plug in what’s needed.

“It’s certainly not a case of putting your eggs in one basket anymore,” Armstrong says. “It’s wonderful, it aligns content with how and what we want to teach.”

With all, Armstrong says he and his staff will be kept busy ensuring the district complies with changes in Illinois student data privacy and security laws.

That includes posting information about all the digital platforms and subcontractors it uses, as well as showing how data is shared and protected, he says.

It’s a much different world from when Armstrong took this position more than a decade ago. 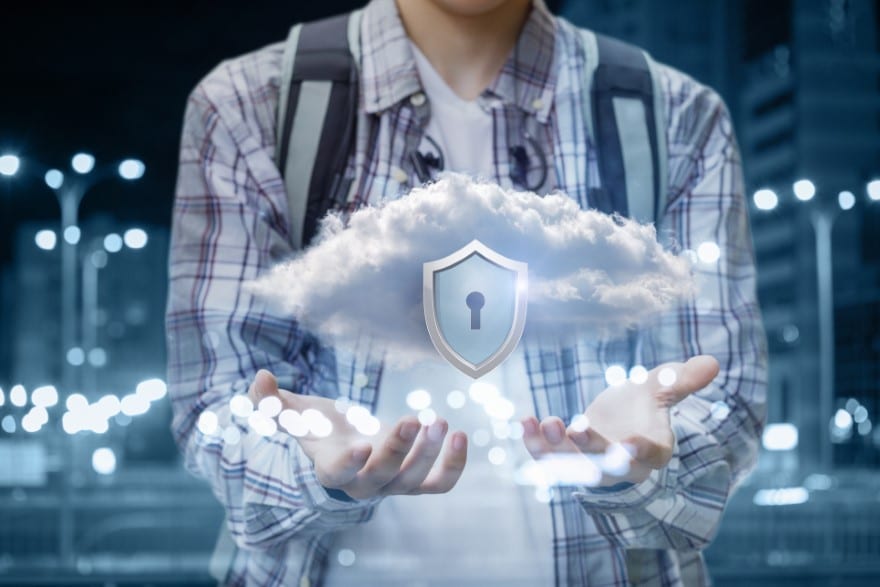 “Back then, it quickly became apparent to me that our network would not meet our needs moving forward,” he recalls. “It took a year of planning and then we did a complete rip and replace of our infrastructure from the wiring on up.”

The school district was able to use E-rate funding provided by the Federal Communications Commission as it replaced the cables, switches, routers and wireless access points in 23 buildings. Armstrong and the district continue to rely on that funding, because upgrades need to happen more than once every decade.

“The network is one of my children, it needs care and feeding and occasional changing,” Armstrong jokes.

Tuning up for tech

Before Armstrong was leader of the tech, he was the leader of the band. A native of McHenry, Illinois, which is northwest of Chicago, he earned his bachelor’s in music education from VanderCook College of Music. With the exception of a four-year stint teaching in Laredo, Texas, Armstrong has remained in the Land of Lincoln, and joined Joliet schools in 1994 as a band director.

A couple of years later, Armstrong returned to college to earn a master’s in educational administration and supervision from Governors State University. In one project, he created the school district’s first website. 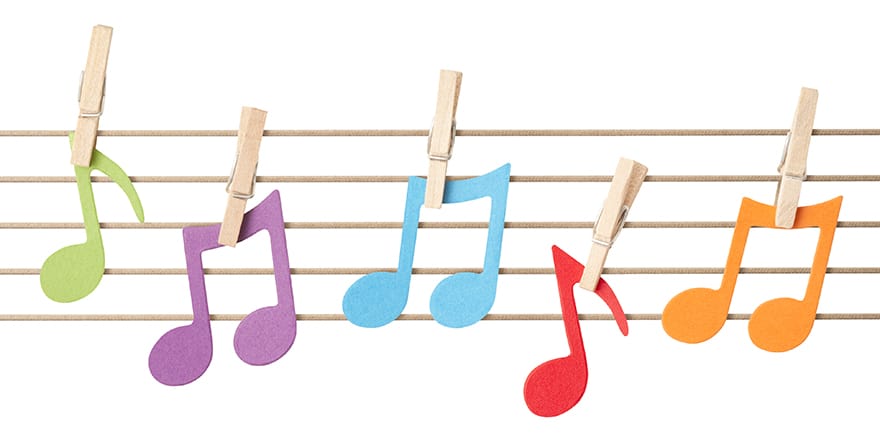 He remained an instructor and the district’s fine arts coordinator for another decade. He was also vice president of the Illinois Grade School Music Association.

Yet the district superintendent remembered that first website, and invited Armstrong to apply for his current position when it opened in 2010.

Ready for the challenge he swapped his baton for a keyboard and has guided the district from having two desktop and three laptop computers in each classroom to its present immersive tech environment.

Armstrong concedes his role has distanced him a bit from the classroom, but he and his staff do play a direct role in promoting educational achievement.

“We’re on our journey. We’ve made really good strides, but there’s still a way to go,” he says. “Now we can apply contemporary resources to education to meet students where they are regardless of content area. Because we can do this, we have a much better chance of helping them toward academic achievement.”