After wakeup call from Electrolux, striding into the cyber world

Lower labor costs and a slew of state and local incentives enticed Electrolux into looking at the greater Memphis, Tennessee, area in 2010 as a possible place to relocate its Quebec manufacturing plant, but when the Swedish-owned high-end appliance maker wanted an in-depth look at possible construction sites, it didn’t get far.

Seems that Shelby County, located in the extreme southwest of the Volunteer State, lacked the Geographic Information Systems (GIS) data that would provide specifics on the most practical places to build a $190 million, 700,000-square-foot facility with room for as many as 1,200 employees. 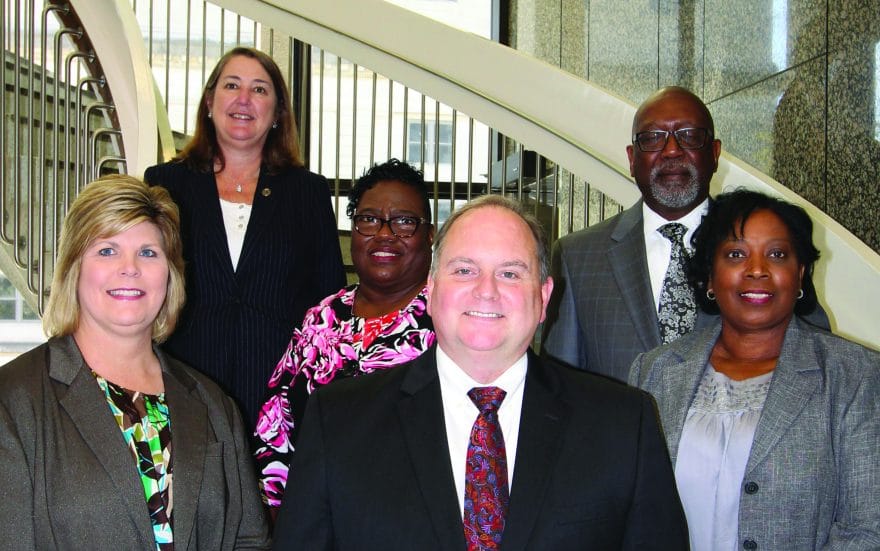 Time, of course, is money, and with the permitting and construction processes long enough under the best of circumstances, Electrolux didn’t need more delays chasing down details that other prospective relocation sites might have readily available.

In the end, Electrolux did commit, putting down roots in the Frank C. Pidgeon industrial park in southwest Memphis, one of the region’s most significant economic developments.

But the experience was a reminder to the county to get with the times and plug in. And smart mapping wasn’t the only area in which the county was remiss. With communication lacking among myriad departments, inefficiency and duplication of services was rife, creating holes where vital matters had been known to fall through.

So the county created the position of chief information officer and brought in John B Halbert Jr., who had distinguished himself working info-tech in multiple categories for more than two decades in Jefferson County, Alabama.

The mission: Head the county’s IT executive oversight body and modernize and integrate all the systems.

Five years later, Shelby County has made and continues to make significant strides in a cyber world that never stops spinning. With Halbert in charge, a new Info-Tech Services Division applies the most up-to-date technologies to streamline county functions for efficiency. The mayor and commissioners get better guidance through a standardized service level agreement, departments are more integrated, and citizen-friendly apps enable greater public involvement and quicker responses to issues in the community at large.

“I don’t want to give a false impression that I deserve all the credit,” says Halbert, attributing the good work to those who serve under his umbrella. “Part of the problem was there were a lot of good IT people who were here long before me, but they were getting a bad rap because of poor communications with elected officials.”

One of Halbert’s first moves was pulling the technologists out of “the shadows” and under his control, which he says made more sense than having them scattered among departments such as public safety, land-use, finance, justice, human resources et al. The creation of  business analysts positions for larger agencies and ITS staff doing double duty as business relations manager to collect feedback further allowed a better assessment of what technology best suited each department’s most pressing needs.

Among the most immediate concerns was finishing a $9.7 million criminal justice system to make it easier to track court proceedings. Prior to Halbert’s arrival, a convict’s undue early release underscored the consequences of disjointed communications, and that was a particular bone of contention for then-Sheriff and now Shelby County Mayor Mark Luttrell Jr., as well as for everyone else concerned with public safety.

The county’s progress hasn’t gone unnoticed by the municipal world. In 2013, the National Association of Counties awarded Shelby achievement awards for centralization of IT services.”

Just as important, as far as Halbert is concerned, are citizen surveys showing general satisfaction with the county’s vastly improved communications system. Whether it’s a request for a storm update, a complaint of neighbor’s junk cars or wasteful lawn watering, the agenda for a meeting or the latest of an emergency, the information is easily accessible via mobile phone.

And the work continues as achieving info-tech excellence remains a moving target.

“Throughout my career, the IT industry has changed more than any other organization,” Halbert notes between meetings with county officials. “Above all, we have to be a service provider.”

As far as 2017 is concerned, Halbert’s steering committee, which meets monthly, last year evaluated over $17 million of IT-Capital Improvement Project requests before paring it down to $3.2 million in priorities, with the biggest amount of $1.1 million going toward countywide planimetric digital data that, independent of elevation, depicts geographic features such as roads, building footprints and waterways—all of which are of concern to developers. Outside agencies and municipalities have committed to cover half the cost since they also stand to benefit.

Halbert also is excited about implementing an Enterprise Content Management (ECM) system to better organize and store Shelby County’s documents, and other content to improve business processes and reduce paper. This will become the basis for a Business Intelligence system for the county.

And those all-important GIS details will be available to anyone mulling a project in historic Shelby County, the state’s largest with 785 square miles stretching east from the Mississippi River. Shelby won’t again be caught short in that area; the stakes are too high.

“GIS is a powerful tool for economic development,” Halbert reminds. “We will have this data available online for any company wanting to build here.”