Putting the IT in “reliability”

When John Coleman first joined A. Duie Pyle as a programmer in 2002, the world of freight shipping was in many ways mired in the 20th century. Paper documentation was the norm, with technology playing a limited, often user-unfriendly role.

A. Duie Pyle has been wise to embrace the changing times. Today, the 94-year-old transportation and logistics provider sits at the industry’s cutting edge, leveraging technology in a way that’s making business easier—and more reliable—than ever before. 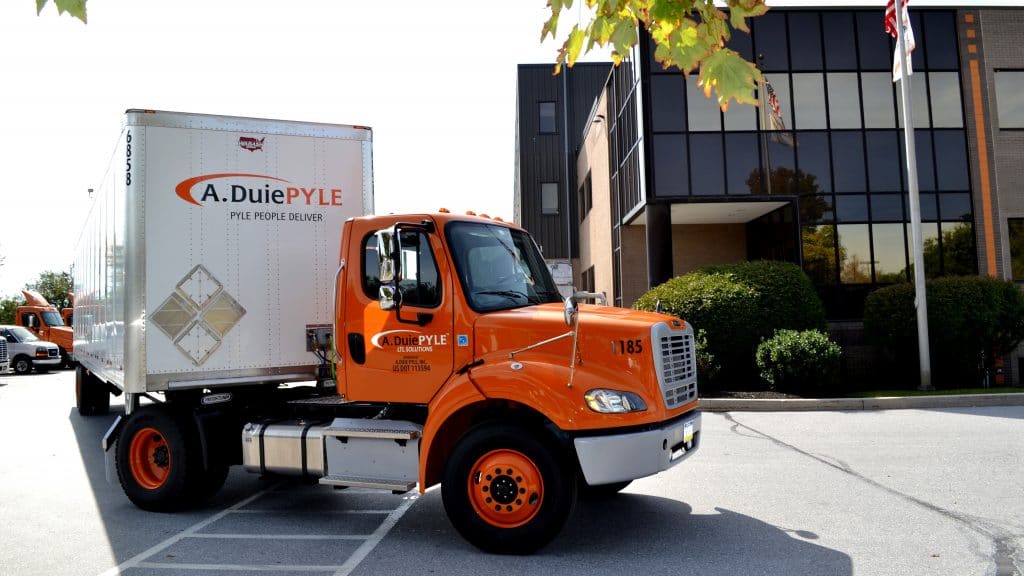 “You can’t move freight today without having tech behind it,” says Coleman, now the company’s CIO. “Over the years we’ve had to take a look at the full cycle of our business and rebuild a lot of processes from the ground up.”

It starts with a new (and ever-improving) mobile communication platform. Through a driver-friendly mobile app, drivers can take pictures of the bill of lading, scan the barcodes and send them to the company’s centralized billing department, giving workers there as much as a six-hour head start on the billing and planning process. This also replaces the need for drivers to spend time at each pickup doing data entry.

“In the past, the reason we needed that information was to plan ahead,” Coleman says. “That’s no longer necessary. Now it’s a simple process of taking pictures and moving on to the next stop.”

With a footprint of 22 service centers, nine warehouses and a fleet of over 1,000 trucks in the Northeast, the company’s enormous infrastructure all but demanded the overhaul.

For years, the company functioned on a cycle of typing out bills and sequencing them manually to create loading and driver manifests. An electronic delivery routing system, providing decision support and full integration to dispatch and dock, has replaced this process. 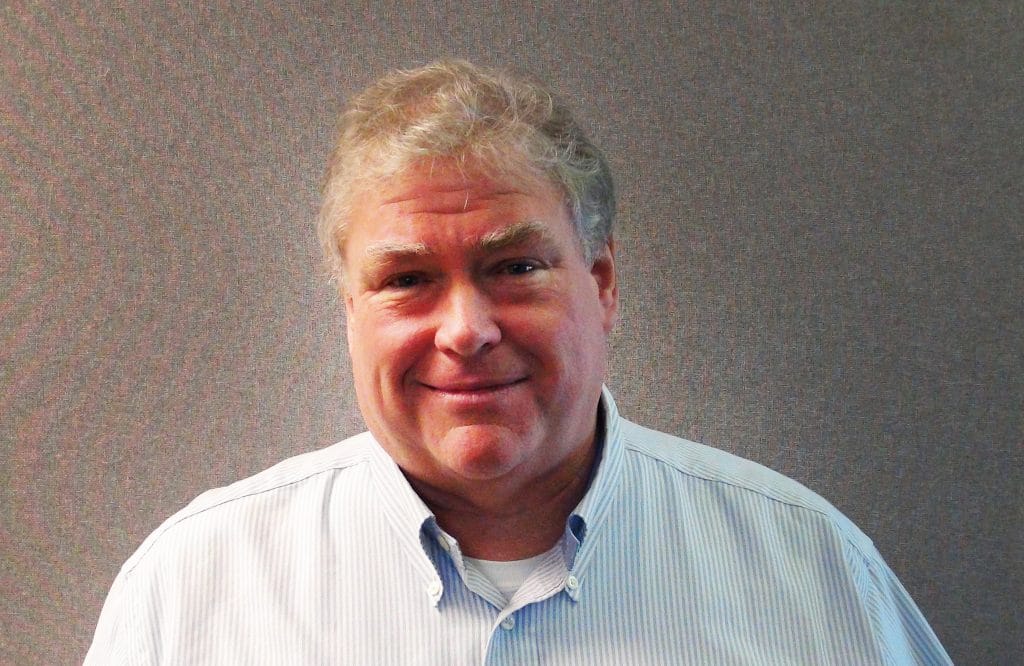 The improved dock management system, rolled out in 2016, likewise features improved efficiencies. Whereas many companies still rely on archaic methods of determining the best configuration of pallets, A. Duie Pyle uses data mined from photos—including cubic footage of packages—to create more precise fits within the truck.

Moreover, because the company has access to the bill of lading before the close of business, appointed freight can be scheduled, and there’s no need to leave freight on the docks, where it might have stayed for another day before being scheduled.

“When someone entrusts us with their shipment, they want it to arrive in the same exact condition as when it left,” Coleman says. “The fewer touch points we create, the better customer experience we can provide.”

To augment the driver and dock management systems, Coleman and his team are developing a more robust dispatch application. Using outside software, A. Duie Pyle will be able to communicate directly with drivers and customers to recalculate accurate ETAs based on myriad  factors, from traffic to delays in receiving.

But as transformative as these upgrades have been, some of A. Duie Pyle’s process improvements required a more creative, cost-effective approach. Rather than scrapping dated technology outright—as with the company’s decades-old but still efficient business management software—Coleman instead solicited the help of BASIS International, which provides the technological underpinnings of the software.

Working with Coleman’s team, BASIS was able to deliver on the promise of the “future-proof” nature of A. Duie Pyle’s investments in BASIS technology, maintaining backward compatibility while delivering new state-of-the-art capabilities. The result was new graphical touch-screen mobile and desktop components that allow A. Duie Pyle to preserve previous efficiencies while also enabling modern SQL access, giving Coleman’s tech-savvy team the tools to meet the company’s future vision. 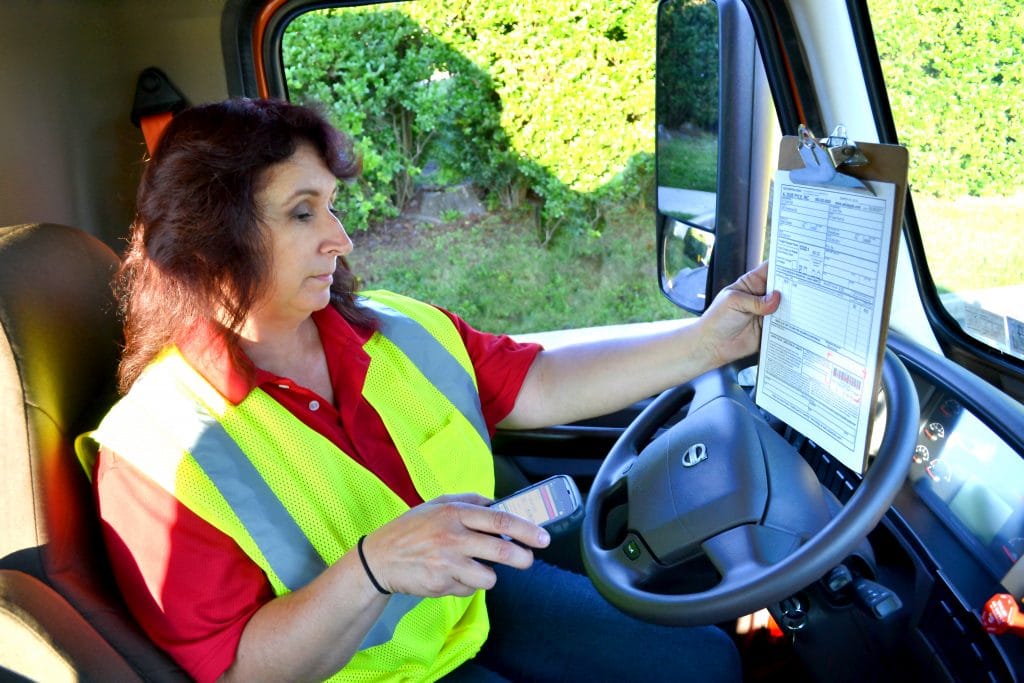 “Our Java-based technology includes a number of new features that easily coexist with legacy data sources,” says Nico Spence, BASIS’ CEO. “Because of that, we can make old data new again. Moreover, our SQL engine can combine data with other proprietary database management systems.”

While such data has been a key to the company’s logistical prowess, the capacity to source and store that information has proven equally pressing. To that end, Coleman has worked to create redundancies between the company’s remote data centers. Now that infrastructure and operations no longer need to worry about overnight system issues, they can focus on technology improvements.

“Reliability is paramount in everything we do,” Coleman says. “If one data center goes down, we are able to seamlessly switch to the other.”

As the system has become more refined, IT is sending relevant data via EDI to companies shipping the freight, in order for them to track each individual shipment in real time, while also providing APIs, which in turn allow them to source the data as they wish.

But for as much as mobile data capture saves time at the point of pickup, it’s the A. Duie Pyle service centers themselves that are experiencing the most transformative changes, as unit tracking allows for weighing and dimensioning at the sub-Pro level.

“We’re creating a clearer distinction between the various aspects of the business,” Coleman says. “That in turn, allows us to pursue future technological improvements in a more focused way.”

With technology now providing decision support for the operations teams, Coleman believes there’s opportunity to set A. Duie Pyle even further ahead of the tech curve, particularly in the realm of efficiency.

Still, given how far his company has come—from hand-sorting stacks of bills to create manifests, to paperless delivery of routes right to the driver’s handheld unit—it’s no wonder Coleman would just as soon take things one load at a time.

“Being ahead of the technological curve isn’t so much an end game as a process,” Coleman says. “So in that sense, I don’t think we’ll ever be done. It’s about constantly evolving.”