There’s a car crash on a crowded expressway. Announced by the screeching of tires, a concussive boom and the sprinkle of broken glass on unforgiving asphalt, the accident isn’t fatal. But it does cause minor injuries to the driver.

A visit to the emergency room results in treatment, diagnosis and a prescription for a common medication. As the patient leaves the ER, there’s a vending machine against the wall. Only, instead of sweet and salty snacks, this one is stocked with medications. Swipe a form of payment, get your medication, go home and heal. 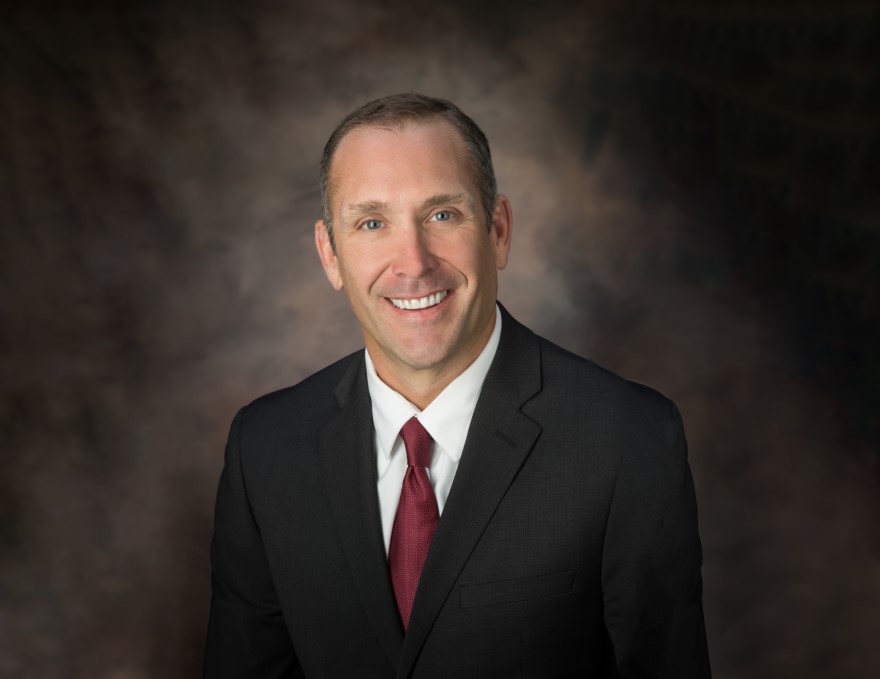 Welcome to Atlantic General Hospital in Berlin, Maryland, a nonprofit community-supported hospital serving the Eastern Shore of Maryland with a mix of cutting-edge technology, innovative medical care and the kind of human touch not always found in the modern healthcare landscape.

Situated on the Atlantic Ocean five miles outside of Ocean City, it’s the kind of area that sees an exponential increase in the local population every summer, thanks to a massive influx of tourists. The treatment of those visitors is the responsibility of AGH, as is a focus on the local community, which played a key role in the hospital’s founding in 1993.

“We’re kind of isolated here on the Eastern Shore, it’s mostly beaches and farmland. Something like 60,000 people live in this region permanently, then we have hundreds of thousands of people in town over the summer,” says AGH Vice President and Chief Information Officer Jonathan Bauer. “It used to be a half-hour drive to the nearest hospital, then locals got together to create and support this facility with the end point being to make sure everyone here on the Eastern Shore has access to proper, affordable care.”

Hired as CIO in 2017, Bauer spent his first few years on the job deploying technological infrastructure. One of the most critical upgrades was to the hospital’s storage area networks, eventually called upon to support a more expansive virtual environment. 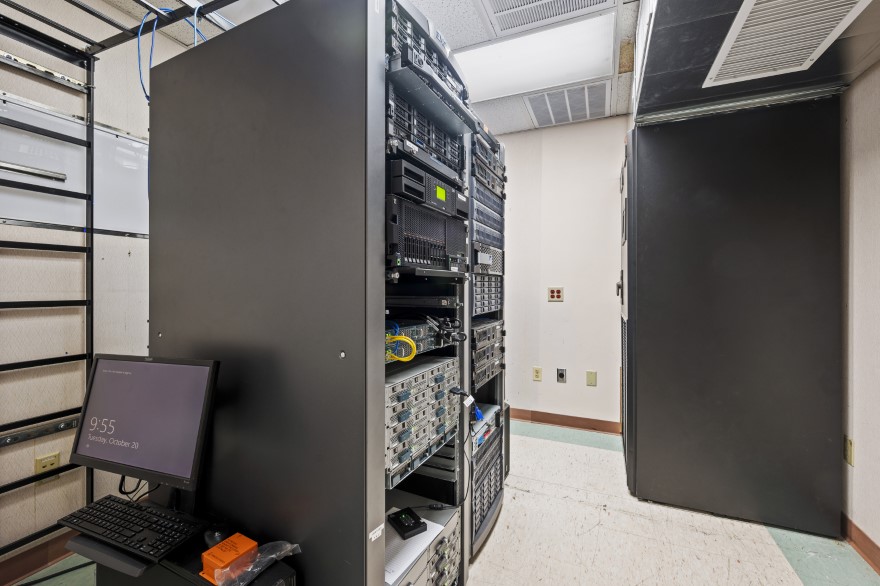 With data transfer rates raised to acceptable levels and with the arrival of COVID-19 in 2020, Bauer began adding technology applications to expand and improve the experience of both physicians and patients. This included an expansion of AGH’s patient portal, Allscripts’ FollowMyHealth, into a complete mobile patient experience solution. Geared to promote patient population engagement and manage quality, the MPE automates communication between the hospital, providers and patients—and it’s working.

“I think our patients are noticing. Since the beginning of the year, we’ve been reaching out proactively to encourage patients to sign up on the FMH patient portal,” Bauer says. “About 5,000 new patients have started using it in just a few months, so we’re making progress and expect to see those numbers rise in 2021, but our focus has shifted to the new MPE solution.”

The MPE is being implemented in multiple phases, the process still underway. Patient adoption is currently at only about 15 percent for the FMH portal. In order to increase that figure, Bauer and his team are implementing the new MPE so that patients receive communications via SMS text—a simplification Bauer predicts will raise engagement to more than 70 percent.

The MPE manages appointments (confirmations, cancellations), check-ins, filling in medical forms, and signing consent and post-visit satisfaction surveys. Much of what used to be done in a waiting room can be completed before stepping foot in the office. 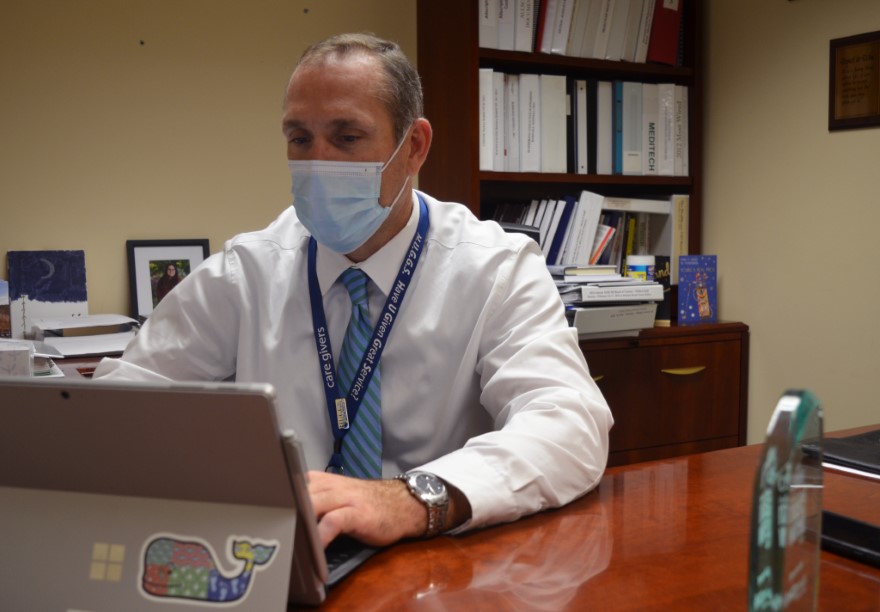 It also sends patients post-care summaries that help to keep their treatment on track, including next steps regarding medication and other areas critical to patient care. Just because a patient leaves the facility doesn’t mean their healing journey is over; rather, it’s usually just begun.

“We can have the best care, but if patients don’t understand follow-up care, we’re not going to have as healthy a population,” Bauer notes. “It’s a mobile patient experience broken down into two sections: inpatients and outpatients. They do the same thing, but there are different steps in the journey.”

On the provider side, the goal is to automate processes like medical coding for billing purposes and reduce time spent on data collection and documentation. 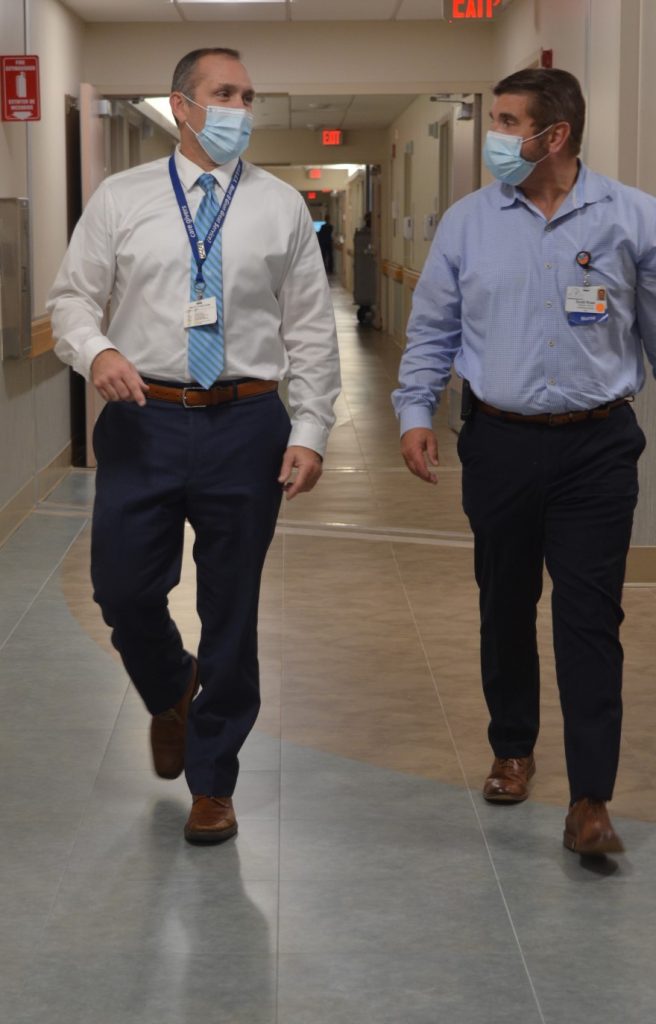 AGH is looking at using a combination of physical technology and artificial intelligence to record and process the doctor-patient conversation using a speech recognition program. It determines who is speaking, separates notes from doctors’ orders—and specifies whether they are lab or medication orders.

Next, a human transcriptionist uses the AI to create the notes and correct issues, after which it’s reviewed by the physician to ensure accuracy.

“The plan is to redesign ambulatory EMRs [electronic medical records] to eliminate having to do E&M [evaluation and management] coding and super bills,” Bauer says. “It’s very tedious and we’re trying to take that off the providers’ plate.”

The project is being implemented in three phases: hiring coders, redesigning and implementing the current EMR system (3M’s CodeMonitor and CodeAssist), and then moving to an AI solution.

“I’ve had zero providers complain about us taking on billing for them. They’re very happy about it and have been asking for it, to be honest,” Bauer adds. “We’re taking on an expense hiring these coders, but it will result in cleaner bills, less denials and more accuracy in our coding.”

The winners: physicians’ peace of mind and the hospital’s bottom line.

AGH is a 62-bed acute care hospital that’s growing both online and in the real world, and supports around 50 employed providers throughout the community. However, there is a limit to its physical growth.

“We can’t keep hiring practitioners to work here. We just don’t have the space, so we’re creating an environment where patients receive necessary care through a mix of providers and technology,” Bauer says. “The goal is for every person in this area to have access to quality, affordable health care.” 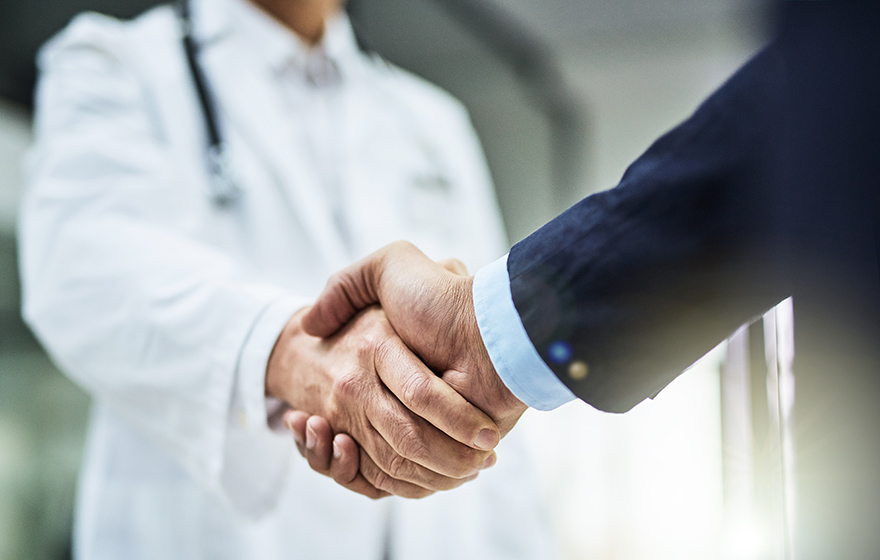 “It’s nice here and I think there’s a sense of pride in having your own hospital in such a small community. People move here from all over the place for a reason.” 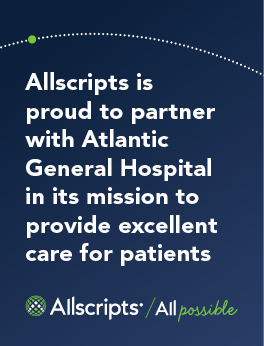