High-tech learning in a low-tech setting

A pregnant student leaves school to take care of her baby.

A middle schooler is learning faster than the rest of the class and needs a more challenging course load.

A high school student with an eye on the Ivy League is looking for a stronger academic resume.

Like many working in education, Jonathan Judy has seen these situations first-hand. 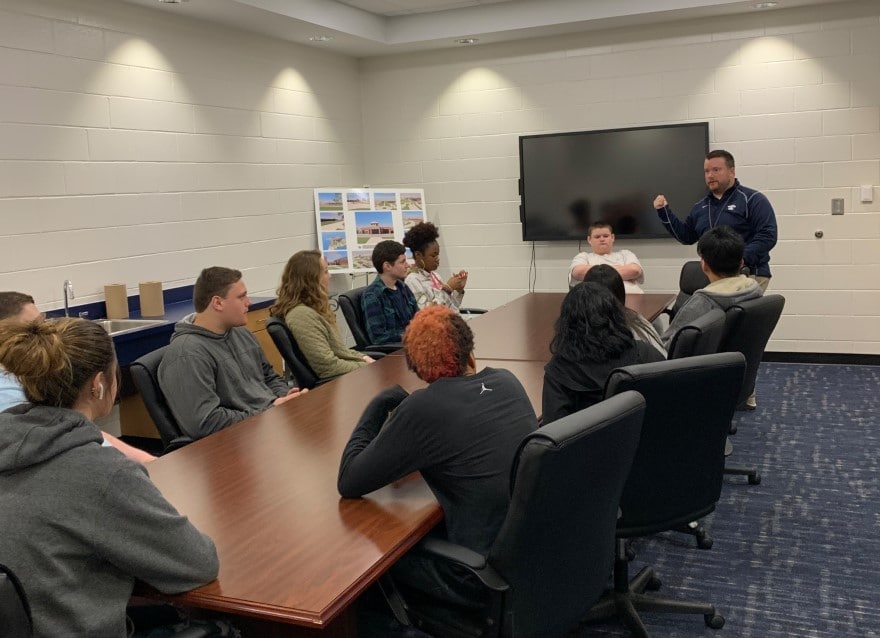 As the first chief technology and innovation officer at Tift County Schools in Georgia, he’s making it his mission to ensure students who encounter these and other challenges have the tools they need to thrive and succeed—both in and out of the classroom.

“We truly moved away from the idea of the 8 a.m. to 3 p.m. classroom Monday to Friday,” Judy says. “We now have hundreds of students taking classes completely virtually and even more who are taking at least one class virtually.”

Tift County sits in rural south-central Georgia, about 180 miles south of Atlanta and 125 miles east of Columbus. There are about 40,000 residents, and 8,000 of them attend the 13 Tift County schools. Another 1,000 people work for the district, which has an annual budget of $100 million, according to Judy.

Since arriving at TCS in 2013, Judy’s been looking for ways to expand learning beyond the classroom. Three years ago, he led the launch of its most ambitious endeavor yet—a 1-to-1 initiative to supply Chromebooks to all K-12 students. 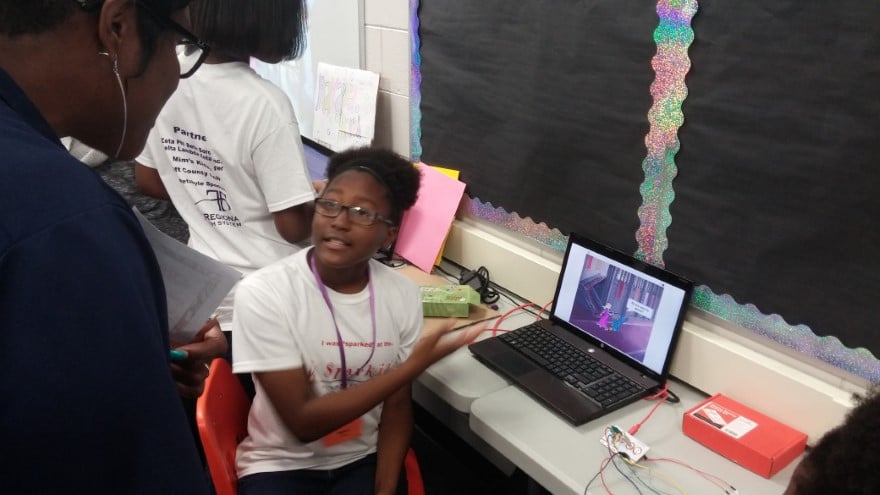 Chosen for their portability and versatility, Chromebooks can connect to a whole universe of online content; display lesson plans and grades from teachers via Google classroom; and filter what students can access online.

So far, Judy’s been heartened by the response as much as the results.

“It took a lot of conversations with the stakeholders, but we could see great support because of the recognition this is where the education was headed,” Judy says. “We’ve given the students ownership and they have appreciated it and done a really good job handling the responsibility.” 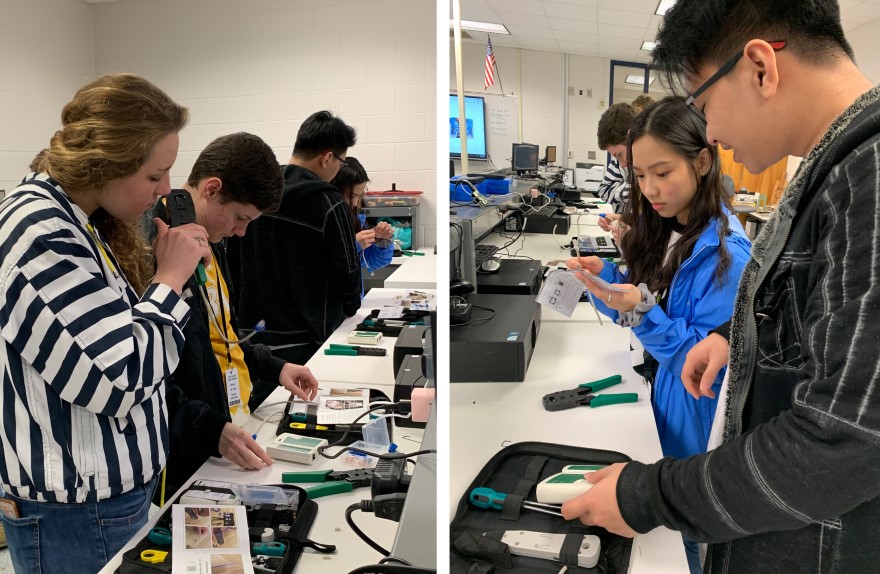 It’s not uncommon for school districts to allow students to take devices home, and Judy says their feedback is essential to how the program moves forward. For example, there have been some complaints about filters within the devices blocking certain content (such as music).

Heading into 2020, Judy says he’s looking forward to evaluating the results of the program—while not losing sight of the school’s broader digital transformation.

With hundreds of students taking a full load of courses digitally, and many more taking at least one virtual course, TCS isn’t just transforming how its students learn; it’s also well ahead of the state mandate to replace printed textbooks by 2023.

“We’re continuing to change the mindset of staff on what learning is in the 21st century,” Judy says. “The evolution will continue from here—we’re not done. The question is how do we keep up with demand of what kids put on us?” 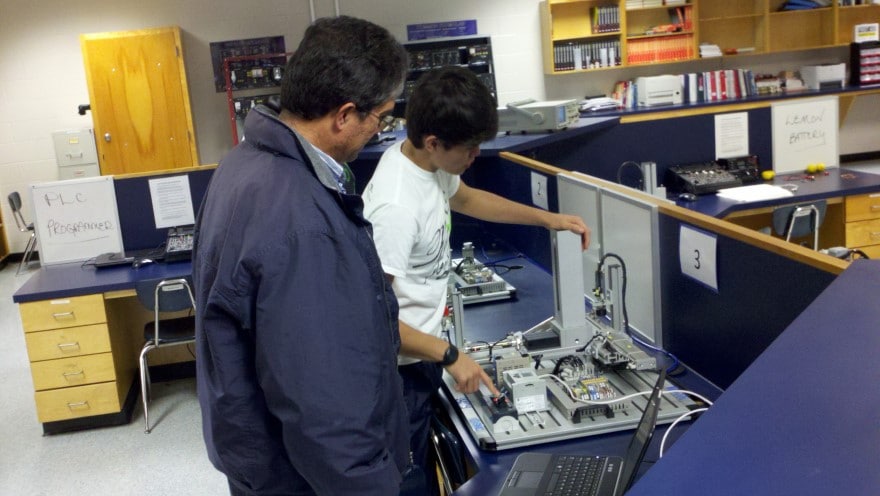 Some questions are more practical. For instance, will touch screens work instead of keyboards? Should the school system replace white boards used to display content with wide screen TVs for better use of interactive displays?

To help answer these questions, Judy has enlisted a roster of tech industry leaders to partner in the district’s digital future. Included are Dell, Apple and Microsoft for hardware and software, and Xirrus to power TCS network.

For Judy, the question isn’t so much what students are learning, but how they’re learning it—and where.

“We’re developing fact finders, not information gatherers,” he says. “It used to be we taught students to learn all the state capitals. What we need are students who know how to fix Google if Google breaks.”

Back to his roots

Although his career began in sales, Judy’s future was destined to be in education. A native of southern Georgia, he entered college as an education major, planning to be a high school principal who would also coach baseball.

Deciding he’d rather become a sports agent after attending law school, he switched majors and earned a bachelor’s in communication, public relations and applied communications from Georgia Southern University in 2006. 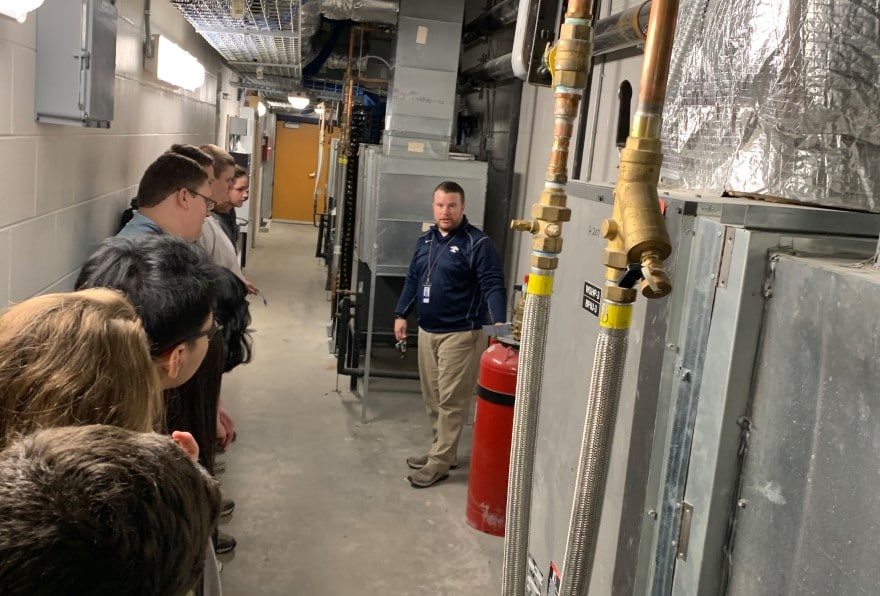 With law school on hold, Judy went to work in sales, securing marketing and sponsorship opportunities for Alltel Wireless in Georgia and South Carolina. He also earned an MBA in business administration from Western Governors University in 2012.

Judy’s job at Alltel showed him the potential of wireless technology, and he quickly became interested in how it could be applied in education. When Tift County Schools decided to replace its retiring director of technology with a CTIO, Judy was ready to come back home.

“I was very honest with the superintendent when I interviewed for this job in 2013,” Judy says. “I strive for organizational change. The way I see it, you are green and growing, or you are ripe and rotting.”

While he’s not coaching a baseball team yet, Judy is part of the broadcast team for Tift County High School’s football games. A father of two, HE also teaches Sunday school and plays basketball and softball.

Being part of the community while also transforming its education has been a thrill—even if the ride is far from over.

“I think 100 percent it has been more rewarding than I imagined,” he says, “but when you raise the bar it always gets higher.”