In his role as director of assessment and technology for the Carlsbad Unified School District (CUSD) in Carlsbad, California, Joseph Hartman works hard to provide the district’s students, faculty and staff with the technological solutions they need to succeed in an increasingly digital world.

With nearly a decade of experience in information technology, Hartman is now working to transform the face of digital learning across CUSD. This includes a strong emphasis on a 1-to-1 student-to-device ratio, device access for English language learners and a makerspace for middle school students, among others. 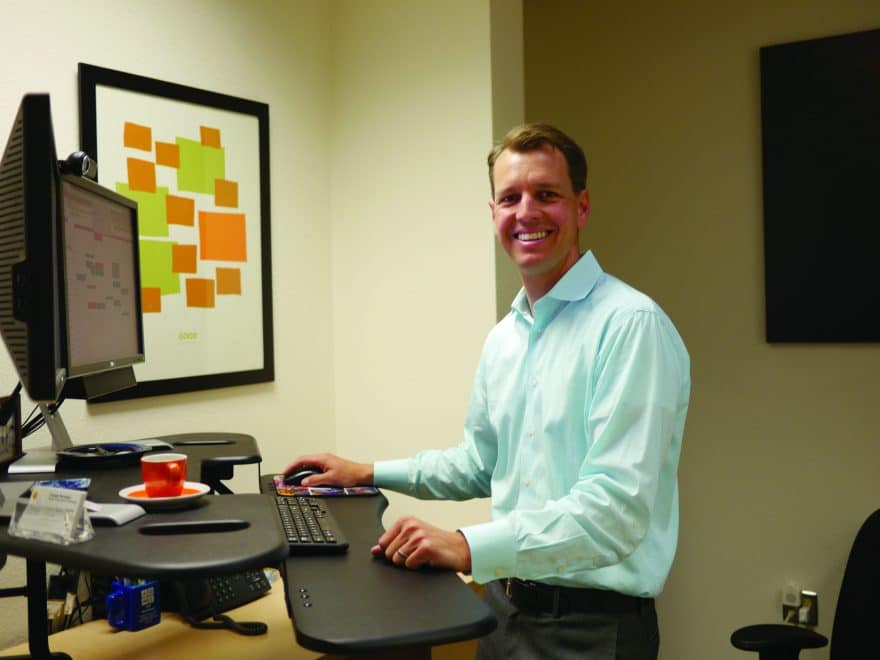 “We are in good company with our programs and projects,” says Hartman. “My priorities are similar to what a lot of districts are doing: getting the student-to-device ratio closer to 1-to-1, moving resources into the cloud and having a focus on professional development,” he says.

CUSD is one of the state’s highest-achieving school districts, and has been recognized as a Distinguished School by the California Department of Education at both the state and federal level. With over 11,000 students and 1,000 staff, CUSD includes nine elementary schools, three middle schools and two high schools, as well as an alternative high school, independent study facility and administrative office.

A background in education

Hartman grew up in the San Francisco Bay Area and taught math and science at San Diego’s High Tech Middle School before returning to school himself to earn a master’s in education technology at San Diego State University. From there, the tech professional moved on to an IT support role and teaching position at Albert Einstein Academies in San Diego.

After seven years in the classroom, Hartman took on a technology integration specialist role with the San Diego County Office of Education, where he was responsible for coordinating a private cloud project between six school districts, providing technical training and support, and working with third-party software firms to coordinate future technology initiatives.

This led to Hartman taking on a more long-term role as the San Diego County Office of Education’s technology integration architect, where he was called on to work with staff, teachers and administrators at all levels to provide guidance, promote the use of data-driven decision making, lead training and project management.

Having worked at nearly every level of the education sector, from classroom teacher to the county office of education, Hartman has gained a holistic understanding of the role technology plays in the classroom that now serves him well in his role as CUSD’s director of assessment and technology.

“My position as a teacher led me to place an emphasis on reliability. When you’re in the classrooms and the kids are excited but the internet is not working, a website is blocked or you don’t have enough devices, it’s incredibly discouraging,” he says.

In his time at the county office of education, Hartman worked as a technology consultant for 42 school districts in San Diego County; an experience that  informs his role with CUSD to this day. “I learned how important it is to honor the culture of each district,” says Hartman.

The progression from charter schools like Albert Einstein Academies to the world of public education was a bit of a culture shock for Hartman at first, who was accustomed to working with very tech-savvy educators. “Since then I’ve worked with some districts where people don’t know how to use email, so it’s been a huge change,” he says.

Now in his second year with CUSD, Hartman is diving headfirst into a number of technology-related initiatives, including an effort to promote a 1-to-1 student-to-device ratio that starts with the district’s sixth-grade students.

“We’re really excited about that one. We did a pilot program last year through a public-private partnership and started small with 50 kids, but now we’re expanding that to 850,” he says.

Hartman advised CUSD to go with Google Chromebooks for its 1-to-1 device initiative, citing the product’s affordability and ease of maintenance as driving factors in the decision. “Cost is definitely a factor. We would rather have a device like a Chromebook that is limited to web access for every kid rather than have a device that might be more full-function, but we only have one for every five kids,” he says.

The Chromebooks can also be updated and controlled en masse rather than individually, a trait that promotes both security and saves valuable instruction time. “Once they get set up, we just had to push out an extension to all the Chromebooks in about 30 seconds and then we didn’t have to worry about kids browsing inappropriate material,” he says. “That ability to easily deploy apps and control the user experience lowers the barrier for technology adoption for both students and staff.”

While some districts have opted to use a bring-your-own-device (BYOD) model to increase the number of devices in the classroom, Hartman says that system has practical flaws. “I think it creates as many problems as it solves because you’re asking a teacher to become an expert on many different devices,” he says.

The one-to-one technology initiative extends to the district’s faculty and staff, where the omnipresence of devices will serve two purposes: ensuring everyone in the district has a platform through which they can collaborate during meeting and professional development, and creating a common technology experience for both teachers and students.

“By giving all the principals and assistant principals identical devices to what the students in the sixth grade are using will help make sure that they have an idea of what those students are experiencing,” says Hartman.

One of the most ambitious projects in recent memory saw the district provide take-home laptops to 50 English language learners in the district. Partnering with a local internet filtering company, iBoss, CUSD was able to offer not only devices, but the filtering service necessary to ensure that students would have safe access from their homes.

“I’m a real big believer in the 1-to-1 take-home model. There are a lot of questions about whether that will move the needle on test scores. We’re really excited about being able to provide that and we’re hoping to double the program next year,” he says.

As teachers embrace less traditional methods of instruction, Hartman is looking at ways to improve the classroom’s audio-visual technology to better suit these new teaching styles. “Teachers want to be more mobile and move around, so we’re trying to figure out the best way to do that, like using Apple TV’s Chromecast and attaching it to a projector,” he says.

The district has also been inspired by local technology leader Qualcomm and built a makerspace for middle school students. The makerspace is modeled after Qualcomm’s own “Thinkabit” lab and encompasses half of the school’s library and features 3D printers, mobile teacher stations and robotics equipment.

As the district continues to work toward it technology goals, Hartman is bullish about the future. CUSD recently hired a new superintendent who did his doctoral dissertation on 1-to-1 programs, giving Hartman confidence about the district’s technological future. “I’m really excited to work with him,” he says.

Hartman will continue to move forward with the 1-to-1 initiative and is currently exploring the possibility of building out virtual desktop spaces, which will allow users to access their familiar desktop interface on the district’s server from any device. “We’ve also moved our SIS (student information system) and library inventory system into the cloud because we want students to be able to access anything from anywhere on any device,” Hartman says.

Working in technology, Hartman knows there are potential challenges lurking around every corner. While he works hard to head off the issues he can see coming, he can’t predict how every new piece of technology is going to create problem. “I’m starting to get more and more nightmares about assessment, like ‘what if kids are posting Snapchats of test questions from standardized tests?’” he says.

As a relative newcomer to the district, Hartman says he’s been continually impressed by the work ethic of his colleagues. “I’m so impressed by the hours they put in. I’ve had the opportunity to work with many different districts and this strong of a work ethic is not universal,” he says.

Hartman still lives in San Diego, and when he isn’t working to serve CUSD’s 12,000 students, faculty and staff, he can usually be found out on the water somewhere between his home and Carlsbad. “One really nice benefit of the commute is that the surf is great,” he says. “I also have two little boys who keep me pretty busy and we like going to the San Diego Zoo together,” he says.

With experience at the school and county level, Joseph Hartman, director of assessment and technology at the Carlsbad Unified School District, will continue to enrich educational and professional development opportunities for students and teachers alike.