His IT mindset aces campus test

Credit him for foresight. It was around a quarter-century ago when Joseph R. Patuto began assembling infrastructure for off-campus learning at Middlesex Community College. The need for it was widely doubted and the faculty were often unreceptive to the ideas of this former systems engineer from Digital Equipment Corp.

“To a lot of people there was the mindset that distance learning was a fad,” he tells Toggle in September from the Lowell, Massachusetts, campus. “You just couldn’t deliver quality education online or remotely, or so we were told.”

Those doubters, at least most of them, have long since become converts, and students can now take online courses through Zoom or Collaborate in real time. And Patuto, he’s busy as ever in his role as chief information officer, which he’s held since 2016. While he doesn’t always get what he wants, his ideas are never dismissed outright.

What hasn’t changed is Patuto’s anticipation of infotech trends. On his watch, MCC became one of the Bay State’s first colleges to offer online courses, but given the rising tech curve, he reminds there’s always something more to pursue at the campuses in Lowell and Bedford.

When Patuto spoke with Toggle, his department was immersed in projects, some while partnering with the Huron Consulting Group for a campus-wide and comprehensive tech approach.

“It’s going to modernize the learning experience and upgrade almost all aspects of technology from the phone system to IT security, intranet, emails and our website,” he says. “We will have the ability to level the playing field for all students and provide them with a foundation for excellence, innovation and success.”

There’s much that needs doing on the ERP front—enterprise resource planning—with Patuto collaborating with his counterparts at 14 other community colleges and 10 universities in the Massachusetts public system. The monthly virtual summits of these 25 CIOs, which he often leads, give rise to shared efficiency, he says.

Cybersecurity’s at or near the top of everyone’s list, with Patuto emphasizing the need to safeguard sensitive information while bad actors, often from overseas, scan their computers for vulnerable users. Like most prudent tech leaders, Patuto won’t much discuss his specific safeguards but assures that enough precautions are in place.

“The insurance companies have wised up to the risk,” he says. “If you’re lacking resources and not meeting minimum standards, you don’t qualify to buy cybersecurity insurance.”

Because staff ignorance often is what enables hacking, Patuto uses software that sends mock emails and phishing and those who fall for it undergo retraining. A recent exercise had just a handful of staffers failing the test and he says they’ve since been brought up to speed.

The next few months should prove interesting, Patuto having compiled a strategy that was being reviewed in early fall. Through partnership with Huron, he cites four general priorities with only the order subject to change.

IT governance is on the list, with Patuto wanting to partner with campus divisions and align strategy with academic, student services, work force development and business interests. Much to be gained here, he says, in terms of efficiencies and reduced redundancies

A new IT operating model also is on his agenda, Patuto saying a restructuring is overdue for more student-centered service as well as to ease transition when the next tech leaders take control.

Security, risk mediation and modernization will always be a priority, Patuto citing the savviness of hackers and the volumes of sensitive data MCC or any school must safeguard. Then, of course, there’s the funding model to carry out all priorities.

In addition to Huron, Patuto says MCC nurtures other partnerships. In 2012, the Technology Center recommended an app to serve students through their mobile devices.

At that time, “mobile first” was emerging as the dominant technology philosophy. MCC chose Ready Education because it had established methods of integrating SIS data—courses, grades, billing, financial aid, etc.—into the mobile environment. The first version of the MCC Mobile App was launched in 2013.

“We were one of the few community colleges in the region to have a mobile app at that time, something we were very proud of,” Patuto says. “With new communication tools in the app, students, faculty and staff can quickly chat and outreach with each other on just about any subject. The QR code contact tracing abilities were essential in allowing the college to collect data on who was on campus and where, which aided in reducing the spread of COVID-19.”

The My MCC portal is a centralized website where students and employees log in daily to access the tools for work or courses. The current MCC portal needs upgrading and earlier this year the college provided the funding to acquire the OneCampus platform from RSmart. Implementation is underway with the new My MCC anticipated for January.

Mobile-friendly, OneCampus has a prominent and robust search function, Patuto says, so students and employees can find the tools and services that are important to them and can set up their portal to work in a way that’s best for them.

A match made at MCC

As for how Patuto came to MCC, some factors just seemed aligned. Though few people may remember Digital Equipment, it was a major tech company headquartered in Maynard, Massachusetts, prior to going defunct in 1998. Two years prior, Patuto had made acquaintance with a man whose wife worked at MCC.

“He asked me to go to an information meeting there and talk to her about networks and systems,” Patuto recalls. “I did it just to keep him happy as a client and they ended up recruiting me to build infrastructure. It wasn’t anything I was looking for. It was just a meeting with a few educators getting their feet wet with distance learning.”

But how fortuitous it was for Patuto to have accepted the role. Challenging as the role would be, MCC assured him that he could have a normal work week and for the married father of young children, that was another reason to opt for academia.

Academia, however, meant interacting with faculty, so he became one of them. In addition to assembling IT infrastructure, Patuto began teaching business and computer science and augmented his Northeastern University operations management degree with an MBA from Southern New Hampshire University.

The business background better qualified him for project management and collaboration with the CFO in gauging return on IT investment. It’s only been in the past year when he’s taken a sabbatical from teaching though he’s open to going back.

“Education is something I’ve really embraced and it’s been a great journey,” Patuto says. “You can now earn not just one course but a degree completely online. Although I’m going into my 26th year here, as I find the work engaging, I won’t want to retire.” 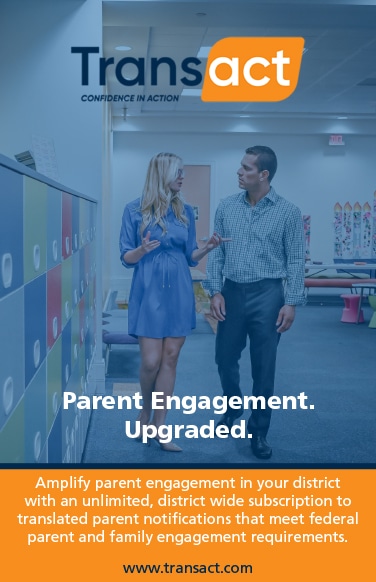