It was just a casual event at Camden National Bank last year when Joshua Nash recognized the real significance of his time in the infotech department. As he observed the gathering, Nash noticed that so many of those under his wing had been promoted, achieved a higher professional certification or departed for choice positions elsewhere.

“Maybe my proudest moment here,” the good-natured Nash tells Toggle in February. “I take great pride in seeing careers develop. Much as we talk about planning and technological strategy, it all comes down to people and seeing them advance.” 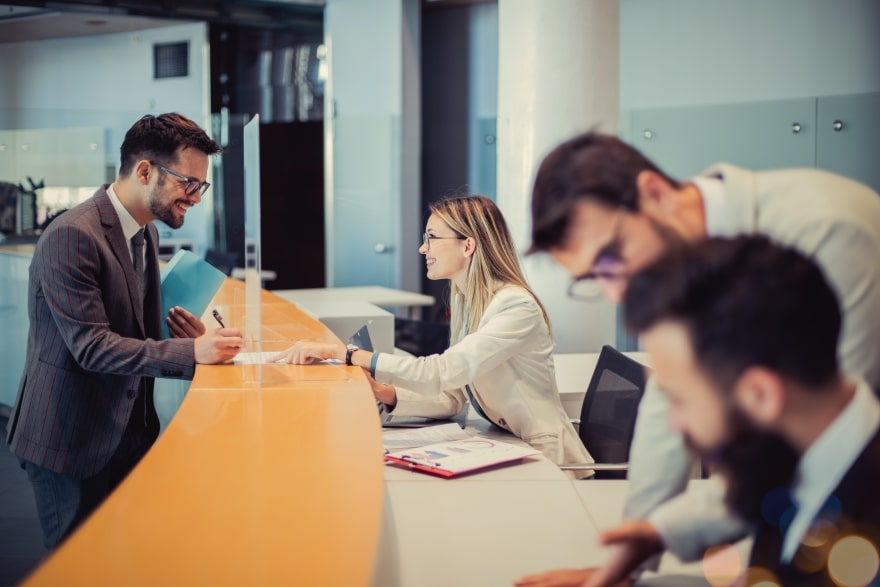 A young man is standing at a bank counter. Because of the good negotiation skills of an efficient employee, he decided to cooperate with her and sign a contract.

Such professional development also can take on unique challenges, he goes on to say. While Midcoast Maine has its charm and natural beauty, it’s far removed from any tech hub or major metropolis. However, he says there is the flipside: Workers are committed to this small and picturesque community.

And Camden National Bank isn’t so small. It’s the largest of the Maine-headquartered financial institutions, with roots going back to 1875. It has 600 employees working at 58 branches running from Kittery to the southeast to Calais in the north, and a couple more branches in New Hampshire, as well as a lending office in Massachusetts. The ATMs are accessible almost anywhere in the Pine Tree State and the company has absorbed four other entities, most recently the Bank of Maine in 2015.

So, there’s much need to keep everybody integrated, with that responsibility going to Nash. He’s been a member of the IT team since 2008 and, for the past five years, its director and senior vice president now overseeing 20 traditional technologists and another five staffers on a business intelligence team.

“We’ve become technological integrators instead of old-school types turning wrenches,” he says. “The shift that has gone on in a relatively short time is dramatic.”

Sometimes over the course of a weekend, Nash saying that’s how long it took for IT to enable most employees to function remotely at the onset of the COVID-19 pandemic. Much of the technology was in place, his department having immersed in a long-term plan to upgrade company systems, including for digital and drive-thru banking along with software that allowed customers to schedule online appointments with their favorite representatives. 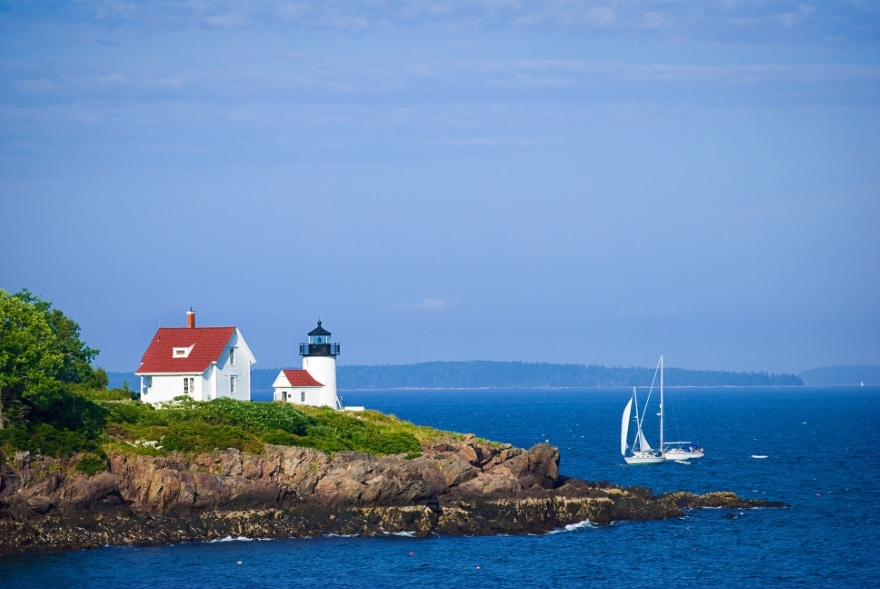 For many customers, it’s become the new normal and Nash looks at further ways of streamlining processes while his colleagues in other departments mull the physical sizes of the branches. Camden National Bank’s relatively small size also means it can move nimbly, with Nash deeming a game-changer its ability to standardize its acquisitions’ systems.

“Where we used to be the underlying infrastructure, we’re now focused on getting rid of monotonous work through automation of manual tasks and providing our people with tools to make better decisions through business intelligence or devices,” Nash says. “Our role as a business partner continues to grow.”

He relishes his part in the process, though it’s not what a younger Nash envisioned himself doing.

Born in in the nearby town of Waldoboro, he majored in psychology at the University of Maine, graduating in 2000. A member of the Black Bears basketball team his freshman and sophomore years, Nash might have been a pretty fair collegiate guard had he not twice blown out a knee, the injuries limiting him to six games.

There would be a third such injury when he underwent training to be an FBI agent in Quantico, Virginia, and that had Nash looking to do something more low key. The demand for tech professionals growing, he returned to the University of Maine, taking graduate courses and earning a master’s in management information systems. 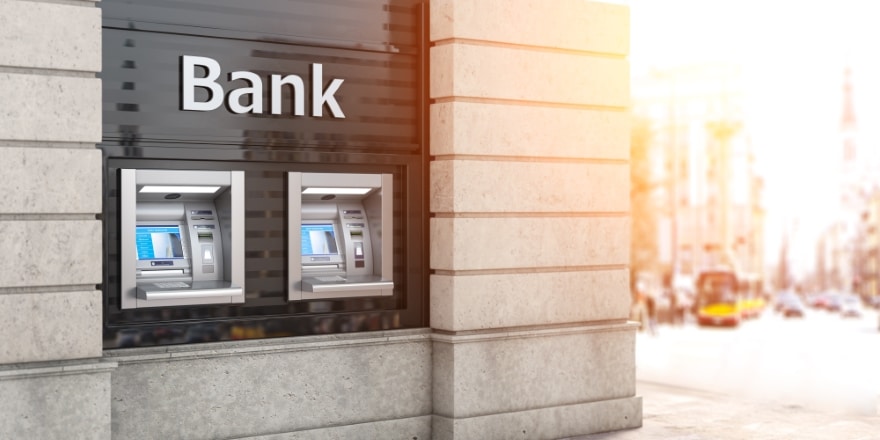 He didn’t have to look far to apply his new skills, Camden National Bank hiring him as an assistant vice president and senior database administrator in 2008. He was promoted to vice president and systems development manager in 2013 and to his present position four years later.

How his responsibilities have grown, Nash’s tech skills relied upon for auditing, strategic planning, cybersecurity, information security and project management. But his favorite part remains nurturing young talent and increasing IT’s role as a business partner.

Maybe those knee woes were a blessing a disguise for the 45-year-old. Nash says life is indeed good for him, his wife and their two children. Rather than running up and down a court in a recreational men’s league, he keeps fit through weight training and high-intensity workouts that aren’t so taxing on the legs.

“I like solving problems,” he says. “IT is very logical—the solution and outcome must be the right one, but there’s a lot of gray to figure out. The more that technology becomes a critical part of banking, the more we have to delve into those gray areas.”

categories: Banking, Directors of IT 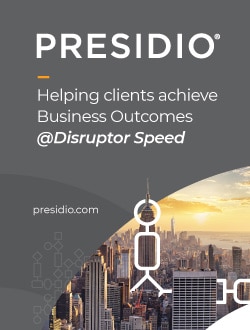