The funding was necessary, says Phillips, the director of instructional technology and student information systems at Oxford Public Schools. With a small K-12 student population of 1,600, Phillips believed the lack of technological access was preventing students from preparing for a 21st century job market. 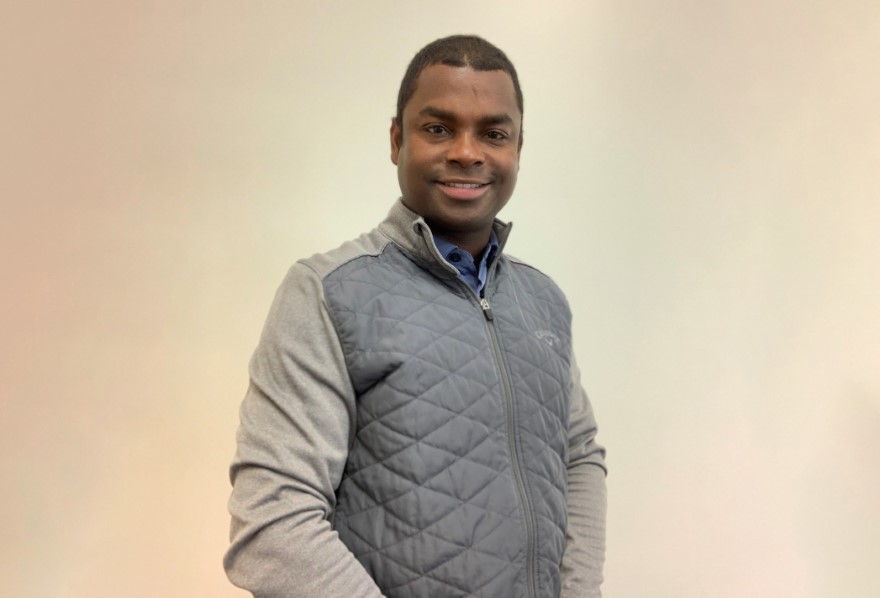 The goal was to engage students in college preparatory programs using the latest technologies—for instance, by getting a Chromebook for each student at the high school. The timing for this digital transformation was fortuitous. When COVID-19 struck, Oxford was ready for remote learning.

“We were able to get a Chromebook in the hand of every student who needed it,” Phillips says. “We were set up for unplanned success when the pandemic hit.”

Settled in 1687, Oxford is known as the birthplace of American Red Cross founder Clara Barton. The Worcester County School system has changed a lot, now home to two elementary schools, a middle school and a high school.

Phillips, a former teacher and administrator from the Bronx, arrived in Massachusetts with his wife Michele and three sons in 2011. 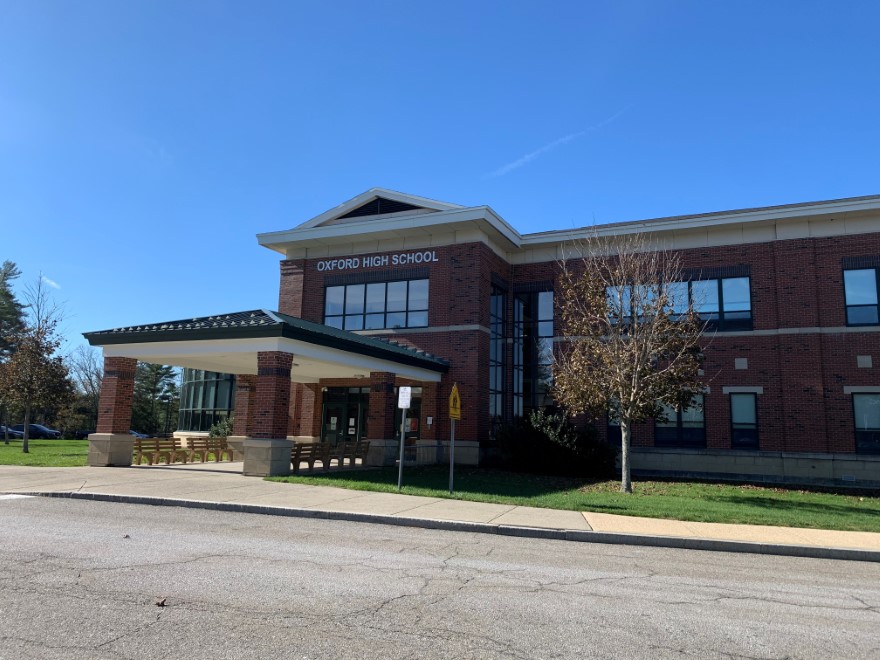 Before the annual town meeting in 2015, he became the technology director in Oxford, where voters approved a technology request of $820,000. While the district had an annual technology operating budget of just over $200,000, the infusion of capital was vital to upgrade ailing infrastructure.

“In particular, investing in security was a big selling point,” Phillips remembers. “Funds were desperately needed, particularly for the aging infrastructure.”

The first step was philosophical as much as technological and involved reconfiguring the grade levels to help middle schoolers segue into the high school program. That meant moving the eighth graders into the high school, where they’d receive a Chromebook and have access to digital content instead of physical textbooks.

“We wanted this to be an intentional journey,” Phillips says. 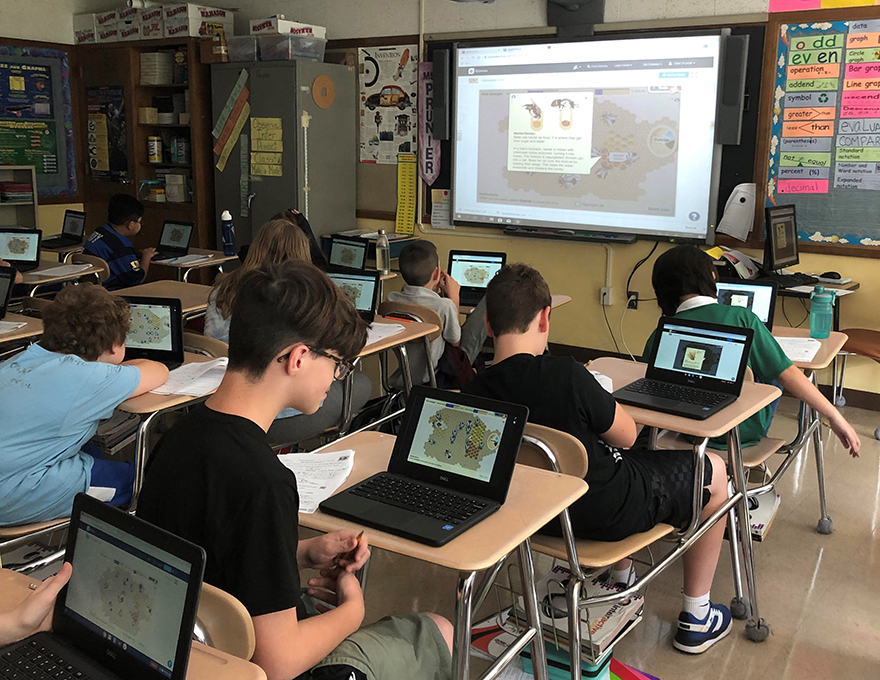 In time, traditional computer labs were scrapped to focus on the 1:1 Chromebook district initiative, with upper grade students equipped first. Chromebooks were chosen because of the price and the integration with Google Suite that the district had already implemented.

“Our goal was getting a Chromebook in everyone’s hands as funds became available,” he says.

Oxford also raised money by collecting an optional $30 fee for computer insurance from families, used to order parts from eduPARTS of Kentwood, Michigan, so repairs can be quickly, in-house.

As Ryan Gillette, an account manager at eduPARTS explains, many districts nationwide were forced to pivot to virtual learning. To support the initiative, eduPARTS provided school districts with quality Chromebook and iPad replacement parts, tools and accessories.

“We’ve been putting more Chromebooks into the hands of students than ever before,” says Gillette. “As devices age, damages and faults occur. When this happens, devices are submitted to school technology departments for repair and our Chromebook experts can get them the replacement parts they need.”

Much progress was made, but in March, the pandemic erupted. The world of education changed.

Now back in school, all students use a week on, week off model for in-person attendance. That means only half of a class attends school at one time, while the other half works from home. After one week, the pods switch places. There’s also the option to study remotely full time. 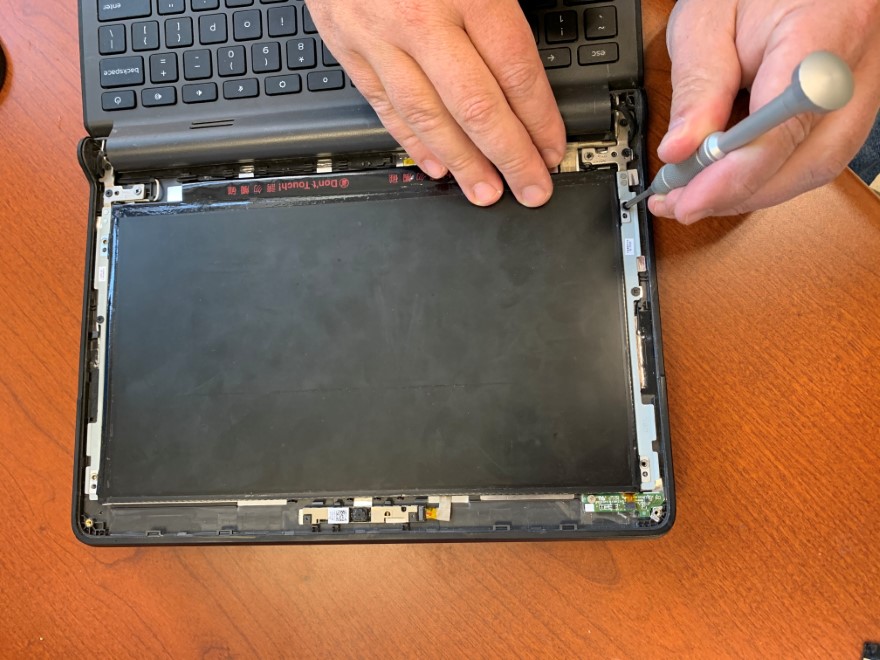 Phillips spent the summer connecting with teachers to develop synchronous and asynchronous teaching models and ways to deliver content on learning platforms. Upper grade classes, like algebra, lend themselves to being taught in real time—called synchronous learning.

Typically, younger students use the asynchronous model, in which families get morning assignments and circle back with teachers for questions via electronic messages and periodic virtual meetings throughout the day.

With each model, students have their own Chromebook and use Google Classroom to access assignments, communicate and stay organized. Teachers are working from their classrooms using multiple devices to connect with the students, both in the classroom and remotely for those at home.

“We’re thriving under the ‘new normal,’” Phillips says. “Without the investment in getting devices for each student and the upgrades we made to the infrastructure over the years, this would have not been possible.”

Phillips never used his physics degree as he once envisioned, but he made it “a science” to develop IT solutions in education.

Graduating from Middlebury College in 2003, he and his wife took jobs in the Bronx—his initially being in online tech. Realizing he could earn a teaching degree quickly, however, he pivoted, earning a Master of Science in Education in 2007 from City University of New York.

“I never planned to work in education, growing up with a mother who is a math teacher, but found my skill set was essential as schools shifted to need more data and technology supports,” says Phillips. 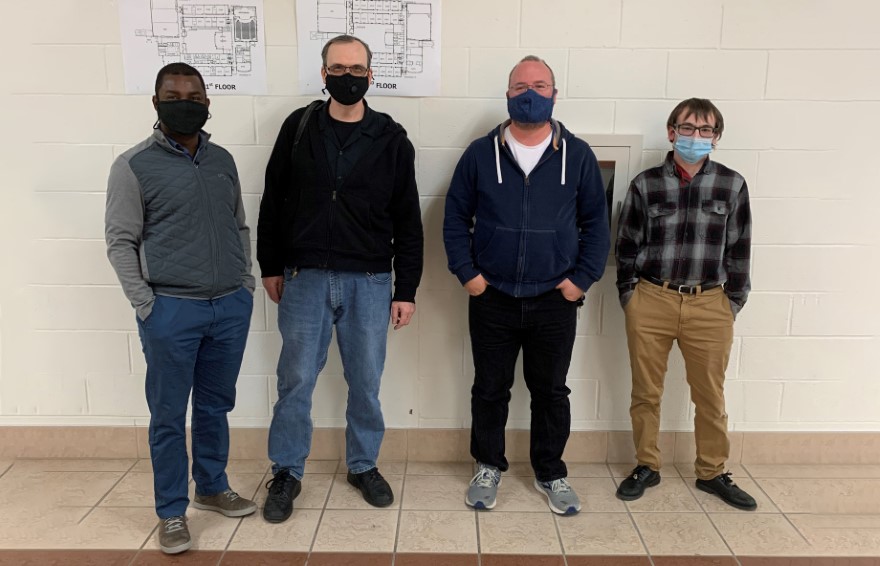 Teaching in NYC’s Department of Education in 2004, he later became director of operations at the Bronx Academy of Letters in 2007 and its assistant principal in 2010. When the family moved in 2011, his next post was director of educational technology at Northbridge Public Schools in Massachusetts.

Being a teacher, administrator and the ‘de facto IT guy’ throughout his career prepared him for Oxford. With experience ranging from directing operations to data testing, he says it’s not just about the technology, it’s knowing how to integrate it in a classroom—something that resonated with the community that shared the vision.

“COVID-19 has changed the look of the classroom,” Phillips says. “Now, more than ever, we see the necessity for technology in education.” 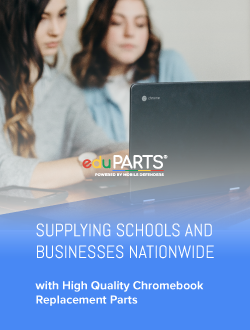