In defense of IT democracy

Within weeks of arriving at the University of Richmond (UR) in August 2016, when the verdant beauty of the campus still felt new and slightly surreal, a barely unpacked Keith McIntosh faced his first major test: what to do with the school’s aging enterprise resource planning platform (ERP).

Some faculty, staff and administrators wanted to stick with the existing system, warning that a switch could throw their tried-and-true methods into disarray. Others were eager for an upgrade—one that could give the ERP a more modern look and feel. 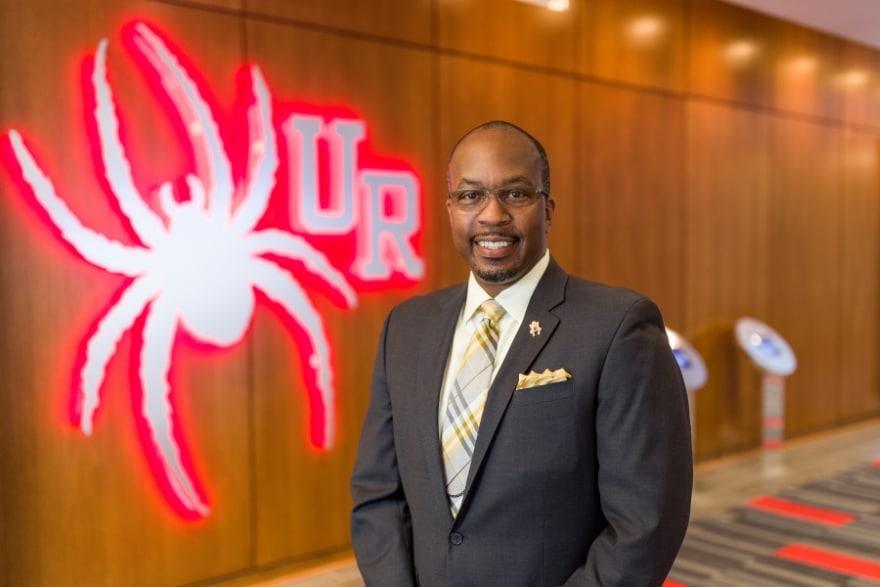 After nearly 14 months of internal back and forth, the school decided to stick with its legacy system.

But according to McIntosh, there was nothing status quo about what the school learned along the way.

“During that process, we unearthed a lot of things about ourselves: redundant, inconsistent and manual processes that should be automated—things that really made us open our eyes as an organization,” recalls McIntosh, UR’s chief information officer. “So the ERP was one decision. But the bigger decision was to become more efficient and improve our processes across the board. That was the real game-changer.”

The revelation even spawned a new process-improvement effort, complete with a tidy tagline: UR Better. While McIntosh doesn’t oversee the initiative directly, he is a member of the UR Better executive sponsor group. The long-term goal, he says, is to reimagine and redesign administrative processes to be simpler, smarter and more efficient, encompassing everything from travel and expense reporting and HR forms to the process by which students declare their majors.

And while many of the projects McIntosh has spearheaded fall outside the UR Better purview, that commitment to efficiency remains ironclad. 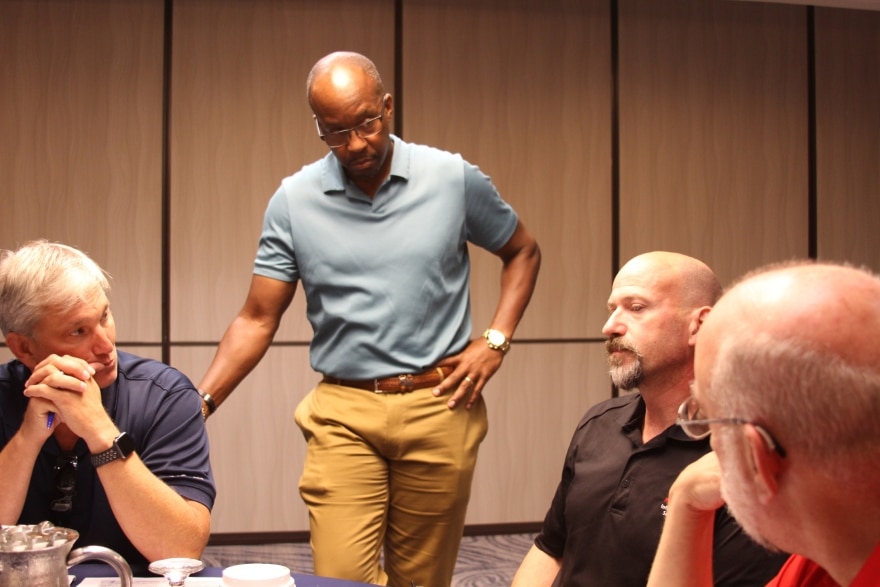 Take the school’s wireless capabilities. While the network had been overhauled well before his arrival (and the advent of UR Better), McIntosh and his team played a key role in helping take it to the next level.

For years, the strength of the Wi-Fi depended largely on where you were: While the signal was fairly reliable in newer buildings, the ones built before 2000 were veritable dead zones.

To address the issue, McIntosh and his team added hundreds of “hospitality points”—a mix of Wi-Fi and plug-in routers—to create a more robust and reliable bandwidth.

The project included wireless upgrades to 72 administrative, academic and residential buildings, as well as 23 outside areas throughout the campus. By August 2017, the school had more than doubled the number of access points on campus, an increase from 1,287 to 2,665.

What’s more, the new access points utilize the latest dual-band 802.11ac wireless technology, supporting connections of up to 1.3 gigabytes per second—more than four times faster than the previous network.

In addition, the department created a “frictionless” network for campus guests, allowing them to access any external data without having to provide login credentials.

“If you’re a parent on a campus tour, even something as simple as that can impact how you view the university,” McIntosh adds. “If they have a good experience, chances are the visiting student will as well—and that’s huge.”

His approach to internet access is equally deliberative. In 2018, after more than a year of feedback-mining and trial balloon messaging, McIntosh instituted two-factor authentication—for usernames and passwords, specifically—for all devices seeking to connect to the school’s internal systems: student information systems, human resources platforms and so on.

According to McIntosh, hacking and phishing attempts have been on the rise in higher education. The reasons, he says, are twofold. First, the sheer amount of valuable data housed by these organizations—dates of birth, social security numbers, even credit card information—makes them an appealing target. 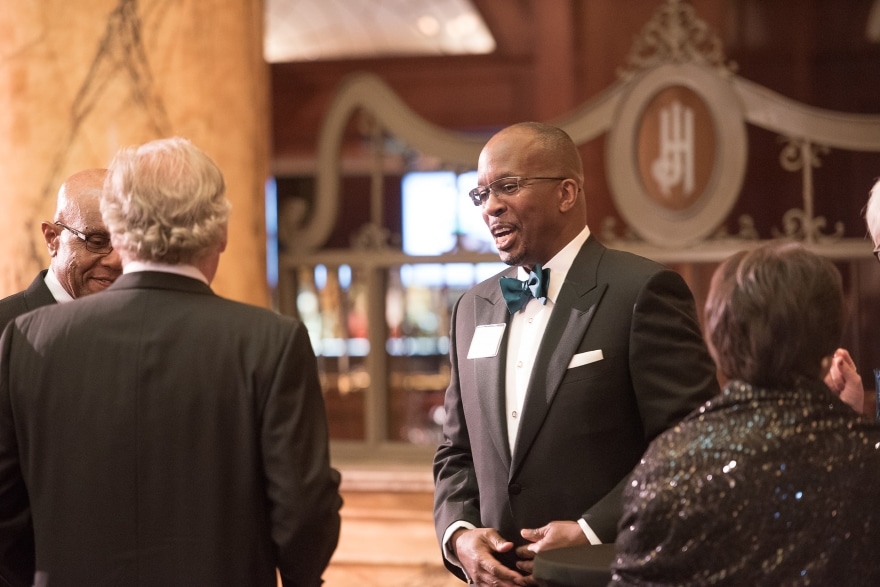 Second, the emphasis colleges and universities place on openness and inclusivity has resulted in a relatively lax approach to internet access. Two-factor authentication (Duo) addresses both by requiring users to state something they know (like an ID or password) along with the device they’re using. While users can surf the web without Duo, the protocol does protect the school’s most sensitive information.

In other words, even if your password has been compromised, the perpetrator won’t have access to your physical device, and will thus be unable to break into the network.

Despite some initial pushback, McIntosh was able to garner sufficient buy-in, mostly by doing what he’s always done: building consensus.

“If you come from a place of good governance, people are willing to accept change—even if they don’t like it at first,” McIntosh says. “As long as you have democratic processes along the way, and give people the chance to express their views, it’s easier to feel better when you’re the one having to make the final call.”

Asked how he came to develop his unique leadership style, McIntosh is quick to credit his father, an Air Force chief master sergeant whose work ethic and way with people inspired his son to follow in his footsteps.

After entering basic training in October 1983, McIntosh spent the next 24 years occupying a variety of roles, from network security manager for the U.S. Northern Command to superintendent of information systems for the 355th Communications Squadron.

“The single biggest thing the Air Force taught me is to never leave leadership to chance,” McIntosh reflects. “This wasn’t theoretical leadership, it was practical leadership, in both peacetime and wartime. In most careers, you leave your job at the office. That’s not the case in the military.”

After a tour in Northern Iraq, McIntosh retired from the Air Force in 2008. While McIntosh and his wife discussed next steps, she sent him a job description for the director of the technical services department at Pima Community College. He got the job after one interview—his first in more than 24 years.

Before long, McIntosh had set his sights on becoming a full-fledged CIO. That chance came in 2012, when he was named vice chancellor for IT and CIO at the college, a position he held until 2014. From there it was on to New York’s Ithaca College, where McIntosh further honed his leadership ability.

At the heart of his approach is the concept of RACI (responsible, accountable, consulted and informed). According to McIntosh, the method has helped simplify the university’s approach to governance: While input from him and his team is vital, McIntosh says the ultimate decisions should lie with those who are responsible for the initiative’s oversight. 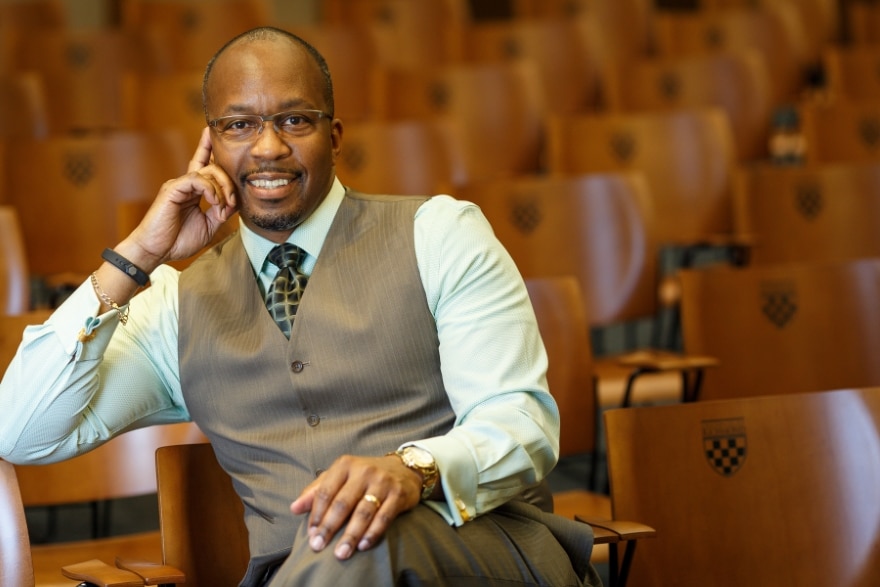 “We’re becoming much better stewards of our resources, and I think that’s a testament to everyone’s willingness to be involved and have a voice,” McIntosh says. “Our job as a department is to go beyond just informing, which is a one-way street. We have to consult. That’s where the real conversation happens.”