Working in a Baltimore law firm nearly 90 years old, Ken Adams can appreciate its longstanding legal traditions as it advises clients in areas such as health care, real estate, education and finance. 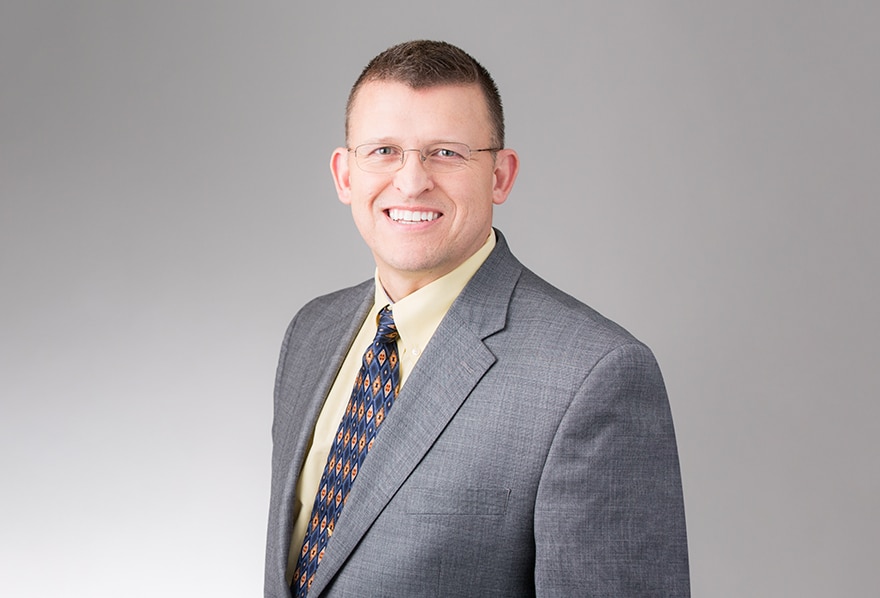 However, as CIO for Miles & Stockbridge, Adams says tradition only goes so far in his work. For nearly 25 years, he’s pushed the firm into new technological realms, because while the firm’s attorneys need to heed past precedents and decisions, they need modern methods to protect and serve clients, too.

“My career here is about being innovative for the firm and leading it in various technologies,” he says. “We work hard and do a lot of research to implement cutting-edge technologies to keep an edge on other firms.”

Miles & Stockbridge dates to 1932 when Baltimore lawyers Clarence Miles and Seymour O’Brien went into practice together. In 1953, their firm merged with one founded by Enos Stockbridge. That was also the year Miles joined Baltimore Mayor Thomas D’Alesandro to help move the former St. Louis Browns to Charm City and become the Baltimore Orioles. Miles was named the team’s first president. 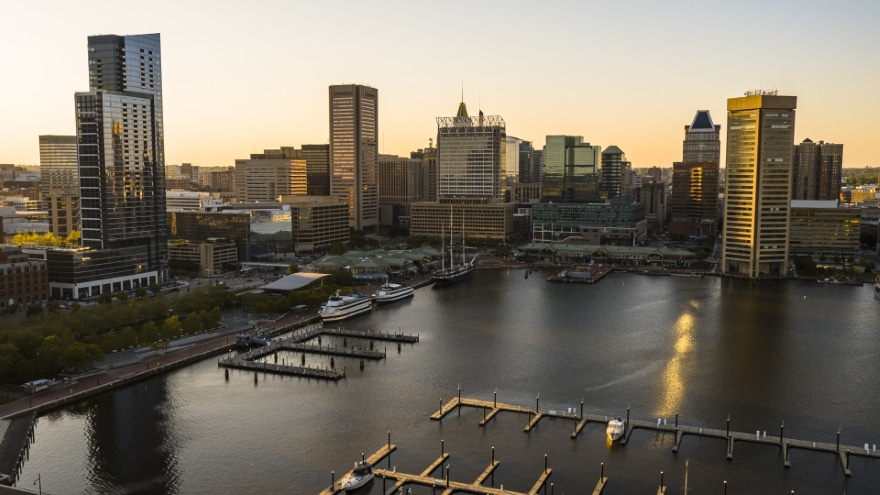 Miles & Stockbridge, which in 2018 named Nancy Greene as its first female chairperson, now has offices in Baltimore and Washington, D.C., as well as three other Maryland cities and two in Virginia. It has 230 attorneys.

Adams joined the firm in 1998, intent on building an IT infrastructure in a profession he says has sometimes been slow to change. He now has a staff of 20, many of them having worked with Miles & Stockbridge almost as long as he has.

“One of the main reasons I’ve been here so long is because of the way I run things,” Adams says. “I pride myself on not having much turnover on my team and providing them with the space to learn things outside of their focus area.”

While the firm had already begun migrating to the cloud in 2015, Adams says he pushed in earnest that year, noticing that the firm’s banking clients had begun fortifying their cybersecurity.

Working with consultants from DataGuardZ Inc., Adams and his staff began a two-year process to become ISO/IEC 27001 certified. The acronyms stand for the International Organization for Standardization and the International Electrotechnical Commission, which first published information security standards in 2005 and updated them in 2013.

ISO/IEC 27001 certification establishes that companies are using best practices to protect themselves and clients, and Adams says working with DataGuardZ was a very stringent process.

The firm’s clients have become selective about protections in place, such as the type of antivirus protection needed. For instance, they require having predictive intelligence that monitors system processes in use, he says, which is something he hadn’t fully considered.

Miles & Stockbridge earned its certification in 2017. It was renewed in 2020, and DataGuardZ continues to audit the firm on its compliance.

Adams and his staff are now strengthening the firm’s policies and practices on privacy, too. Though not inseparable from information security, especially because having the cybersecurity in place can help ensure the privacy protections, he says emerging regulations, including the European Union’s General Data Protection Regulation and the California Consumer Privacy Act, are harbingers.

“Privacy is the law, it’s not a ‘nice to have,’” he says. “We have invested a lot of time and resources into security and privacy as a competitive advantage and to set us apart as a firm. We want our clients to be comfortable and want to do more business with us.”

Adams would like the U.S. government to standardize privacy requirements, like the EU did with the GDPR, instead of each U.S. state having its standards. That, he says, would make it easier to respond to clients, especially banks, that now use differing methods and questionnaires for auditing compliance. 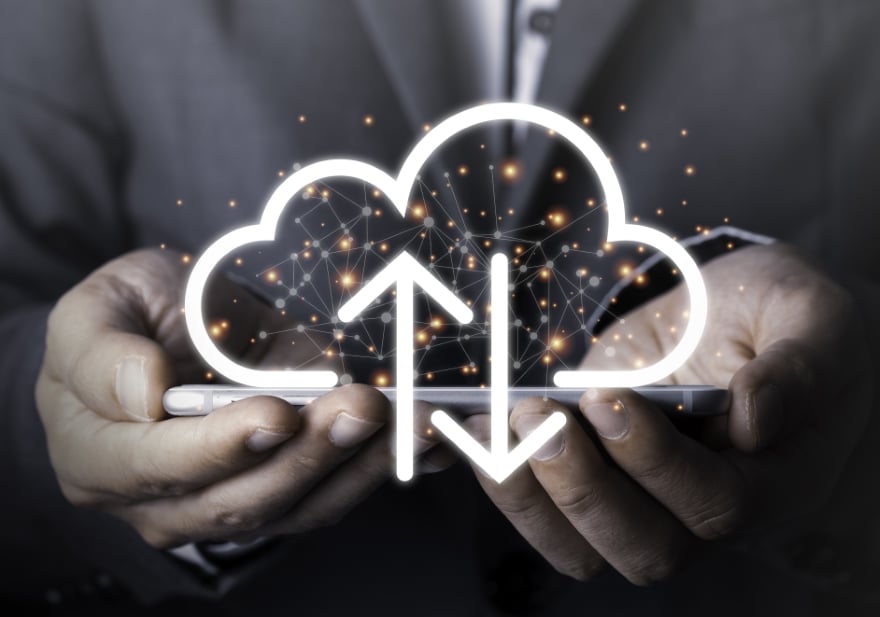 Privacy can also be more expensive than security (though neither comes cheaply) because of the tools needed to scan documents and emails and removal of personal information. Adams uses Stealthbits machine learning technology to keep that information private. He also relies on the privacy solution, OneTrust, for managing client data and privacy, he says.

Though Miles & Stockbridge began its cloud migration about 10 years before earning the ISO/IEC 27001 certification, he says the shift remains ongoing.

“We want about 70 percent of our infrastructure in a private cloud by end of year,” Adams says.

Cloud-based services such as NetDocuments have eliminated the reliance on paper, so common in the legal profession, while providing clients with quicker access to files. Creating portals for clients should be accompanied by adding artificial intelligence for analytics, he adds.

As homegrown as a crab cake, Adams grew up just outside Baltimore. He entered college at the University of Maryland Baltimore County as the IT age was dawning, using an Apple IIe as his personal computer. At UMBC, he studied computer and information sciences and support services before earning his bachelor’s degree in education from Frostburg State University in western Maryland in 1986. 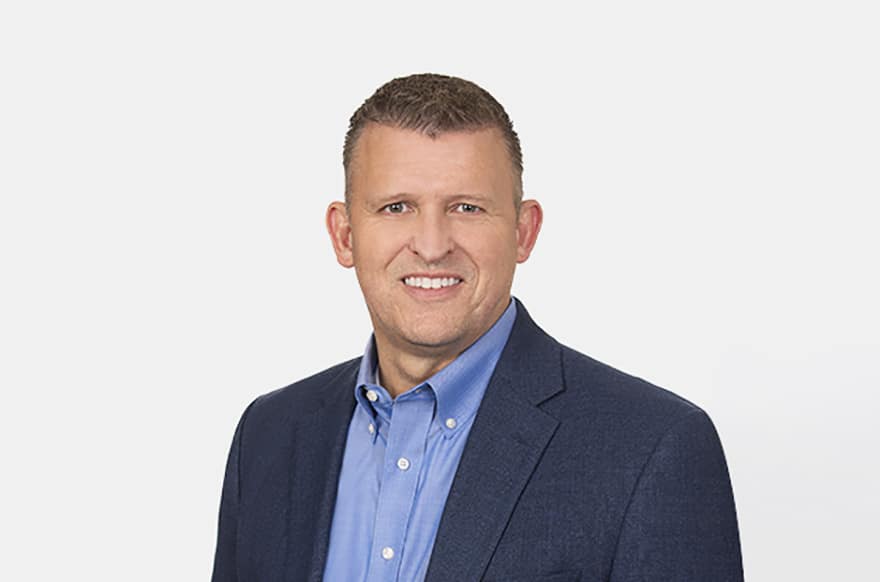 While studying educational psychology at Towson University after graduating from Frostburg State, Adams also became a network design specialist for IBM Global Services. In 2019, he earned his master’s in cloud architecture and design from the University of Maryland.

“I’ve been here a long time, and I like being here. Not many firms embrace technology as eagerly as Miles & Stockbridge has,” he says. 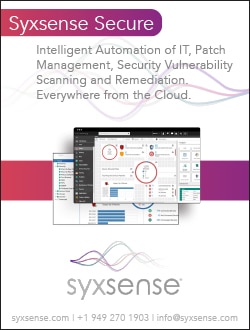 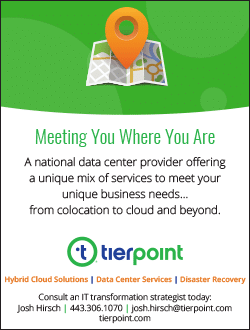