They made a movie about this once—sort of. In the 1966 sci-fi film “Fantastic Voyage,” a team of scientists, led by Stephen Boyd and Raquel Welch, explored a man’s bloodstream in a submarine reduced to microscopic size.

While no one at the University of Saskatchewan and its partner company can shrink submarines and a crew to investigate someone’s body, the GastroGeniX joint venture does offer a “pillcam,” that can voyage through the digestive system. 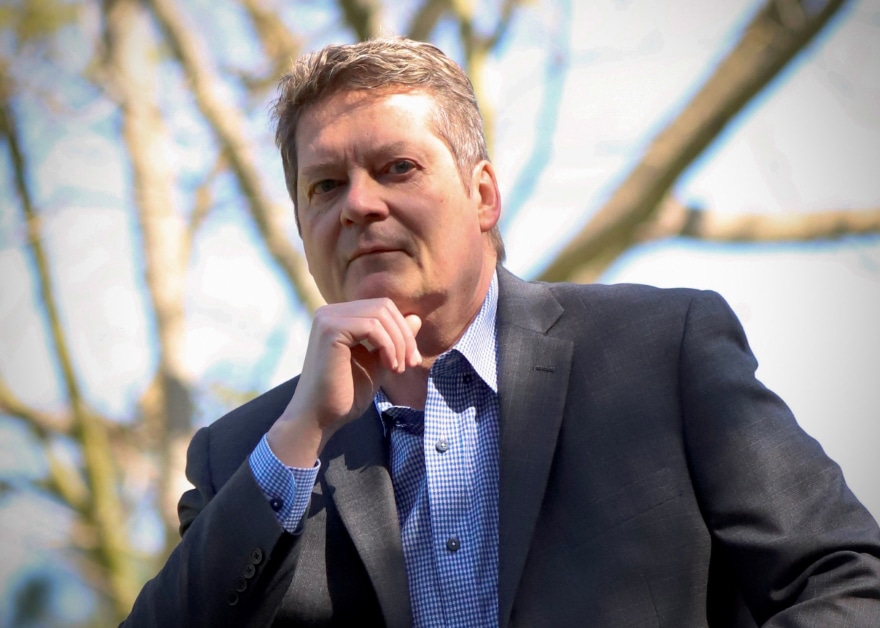 Ken Stanwood didn’t help develop the pillcam (now under review for approval by the U.S. Food and Drug administration) but as chief technology officer for WiLAN, he’s helping get it into use as part of his company’s tech transfer program.

To market, to market

Founded in the early 1990s, WiLAN has advanced the wireless industry with innovations including modems and ethernet bridge products. Stanwood heads up WiLAN Labs, its research and development unit, and serves as CEO of WiLAN Research Inc. and WiLAN Tech Transfer Inc.

He’s no stranger to innovation—Stanwood holds more than 150 patents—but as the company moves forward in 2021 with its work in radio frequency, or RF, duplexers, he finds himself back at the digital drawing board, too.

“5G is rolling out so much faster than 4G, and we’re looking at millimeter and terahertz frequency ranges,” Stanwood says of electromagnetic waves moving at a trillion cycles per second.

At these frequencies, as antennas get smaller inside wireless devices, they need to be shared between signals simultaneously sent and received, through multiple-input and multiple-output technology, or MIMO. MIMO and frequency division duplexing enable higher speeds and better use of millimeter wave frequencies, and RF duplexers are the filters that allow the shared signals, he explains.

It sounds complex for good reasons, and that’s part of the thrill for Stanwood. Even though his own patent portfolio is vast, he’s never gotten weary of learning about what others are doing and how to improve the state-of-the-art with new solutions, he says.

The joy of encryption

A case in point comes in the work he and WiLAN are doing on encryption engines, he adds. Simply put, encryption algorithms protect data and information from those who shouldn’t have access to it, by turning plaintext into ciphertext, then back, for authorized users to see.

But what if the encryption engine evolves as it operates? An ever-changing algorithm, accessible to someone authorized to use it, can also make it nearly impossible for a cybercriminal to break it, and Stanwood and WiLAN are helping a developer get the technology into patentable devices, he says. 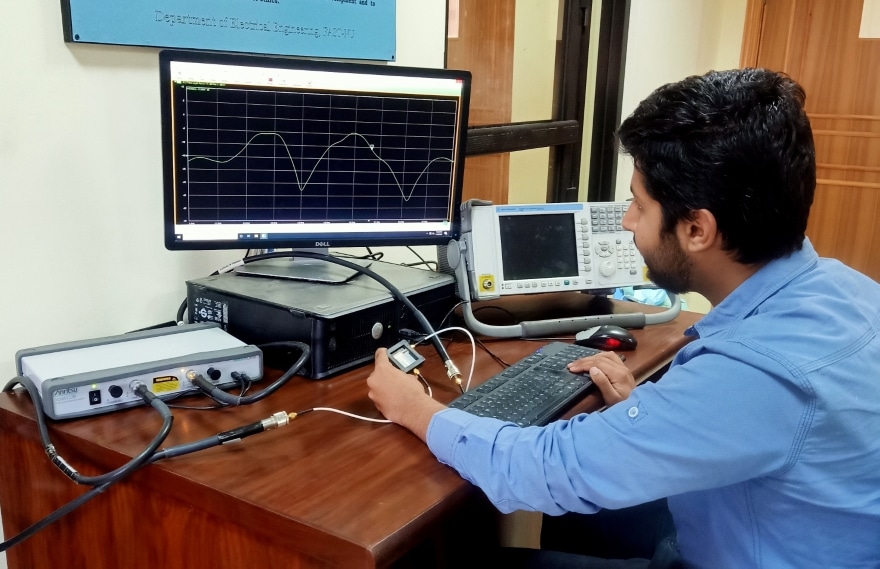 “It was interesting to look at the challenges with the encryption. I had a vague idea of what they do, but never had to look into encryption algorithms before,” Stanwood says.

Generally, for something to be patented, it needs to be more than a novel idea, Stanwood says. On top of having the idea, the inventor must explain it well enough that someone in that field can build a prototype using the technology.

“If there are still open questions, then it’s not ready,” he says, adding, for instance, that an algorithm that appears to be written only into software may not get patented unless it can be distilled into a device.

Next, is it worth the money? If a great idea isn’t economically feasible because it can’t be implemented into a product or licensed profitably, pursuing a patent for it may not be, either. An example of this is Stanwood’s early work in fingerprints as encryption keys.

“It didn’t pan out, so we stopped the research,” he says, but contrasts that to his work in wireless communication with asymmetric adaptive modulation.

While not a common household term, Stanwood says it allowed signals from devices and base stations to independently adapt to RF conditions, increasing the speed of transmission.

“That’s one I cherish. I’ve got a few patents on that,” Stanwood says.

It’s worth cherishing, too, because, as he cautions, what’s eligible for a patent now, likely won’t be in 20 years, because technology evolves so rapidly. At the same time, those innovations and advances will trigger more.

“You need to know the current attitude of the ecosystem of patent law,” Stanwood says. “The main thing is dwell on technology development.”

Stanwood’s been dwelling on technology since growing up in coastal Oregon, where his interest in math led a high school teacher to steer him toward electrical engineering and computer science. 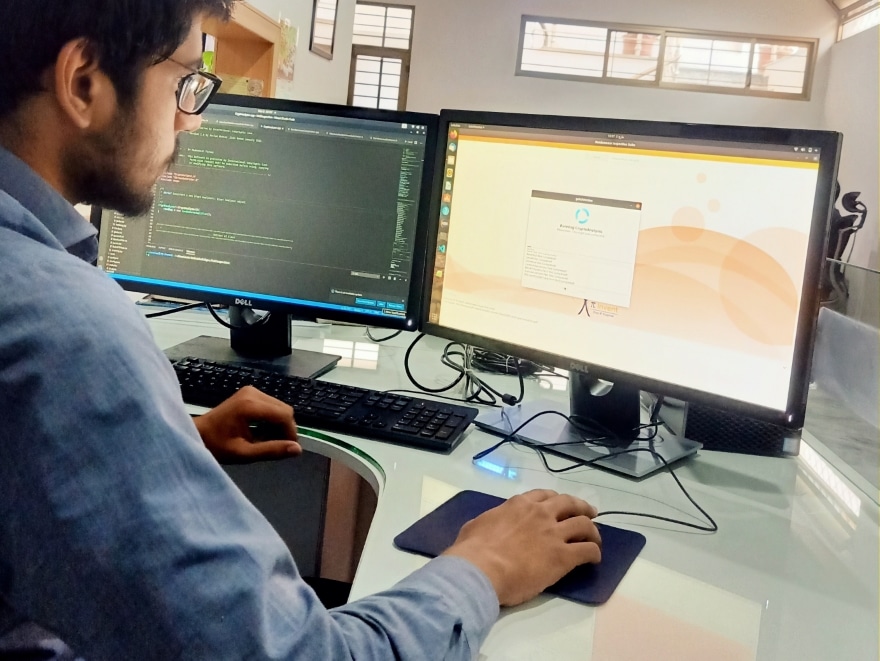 His leadership career in telecommunications began in 1995, when he was named director of software for CommQuest Technologies. He held that position for three years before he joined Ensemble Communications in 1998. In 2002, he became its chief technology officer.

Named CEO at Cygnus Communications in March 2004, Stanwood remained with the company as it was acquired by NextWave Broadband in November 2005 and became executive vice president. In December 2008, he became an independent consultant.

In that new chapter, Stanwood founded the startup that became WiLAN Labs in 2009. In 2015, he was named WiLAN’s CTO.

“For the last 25 years, I’ve been involved in the development of forward-looking technology,” Stanwood says. “With an area like encryption, it’s nice, because I can dabble in anything I might be capable of understanding.” 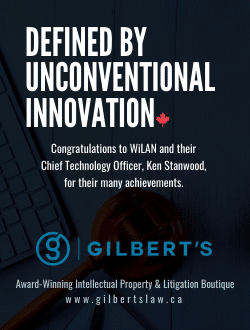 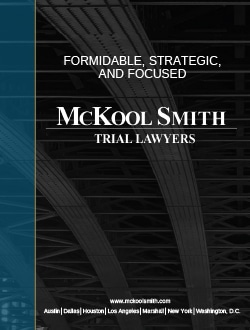