This was no ordinary day in the classes at a Baltimore County family life center. Not with 100 students and their parents learning how to build a PC and writing code. Not with IT professionals from the public and private sector volunteering to teach and share their experiences about careers in IT. 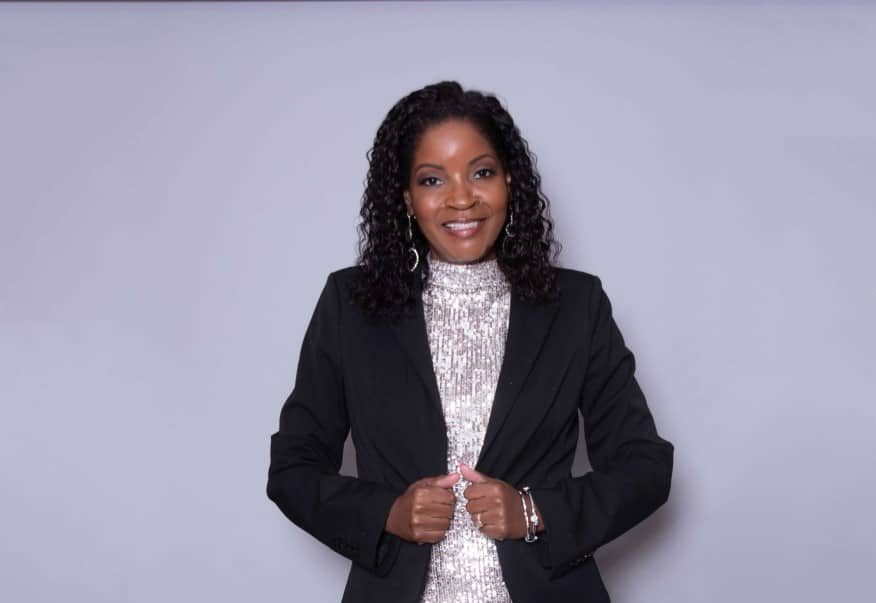 Rucker’s been with the DHS for more than 20 years. She’s the department’s first African American woman CIO, and her office helps the DHS serve more than 1 million people with programs including Child Protective Services, Energy and Medical Assistance and the Supplemental Nutrition Assistance Program. Her role has also been a springboard for providing the training and mentoring that she would have valued earlier in her career.

“Working at DHS has impressed upon me that we’re here to help our fellow citizens in need,” Rucker says. “I’m a person who’s looking to open doors for others and expose things to them that they might not be privy to otherwise.”

Never too early to start

Rucker was inspired to create Taste of Technology after volunteering to teach coding to elementary schoolers. She also wanted to provide the early-stage, science, technology, engineering, arts and math-based mentoring, something she never had.

“That’s where my soft spot is—involving kids in STEAM at an early age as well as in technology,” Rucker says.

The first program was a one-day event held in 2019. It was so popular she had to cut off registration at 100 participants. It brought together volunteers and nonprofit sponsors including NPower, Girls Who Code, and Mission Fulfilled 2030. Though she created the program on her own, Rucker DHS was a sponsor.

Taste of Technology taught participants how to build a PC, cybersecurity and coding. It also gave students access to mentors who would be accessible beyond the event. Crucially, parents were required to join their children at the event. That’s important because parental involvement has been shown to greatly increase a child’s academic and professional development, Rucker says. 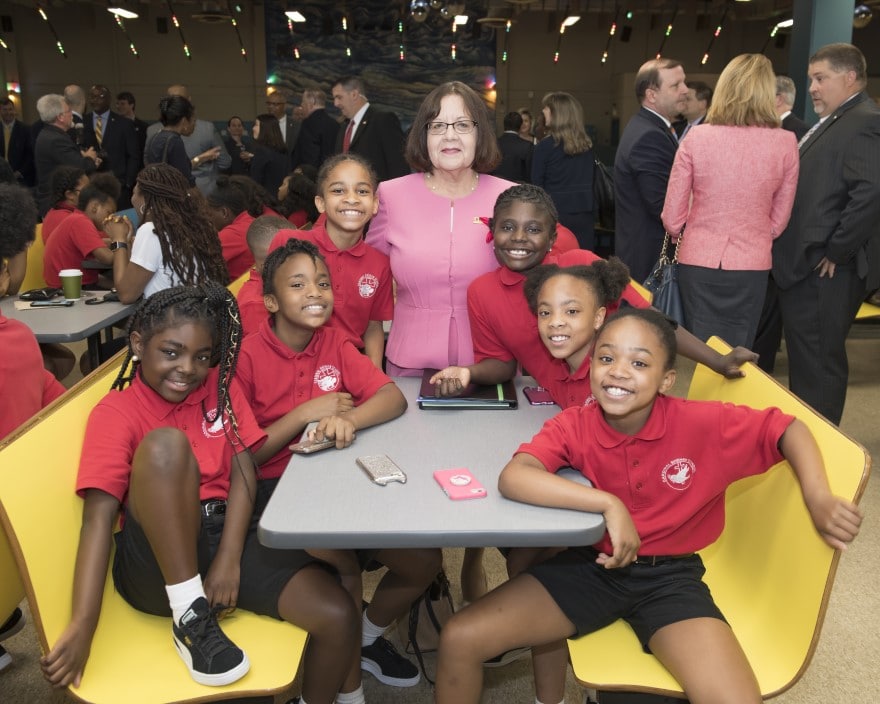 “The biggest thing I learned is it was needed. Kids don’t have enough exposure to consider IT as a viable career option, or they lack continued support. They were excited and eager to learn at the event. I’m proud of that,” Rucker says.

The COVID-19 pandemic forced a pause in the Taste of Technology in-class learning, but the program continues to share information on scholarships, grants, training and job opportunities. Rucker’s now working on coming back in-person in 2022, perhaps with a component for adults.

The program’s next event will target a Baltimore City elementary school, though Rucker also has her focus on young adults in schools that lack IT programming.

Beyond Taste of Technology, Rucker speaks at IT conferences. Since 2018, she’s also been part of the Washington, D.C., area chapter of Women in Technology, and a contributing author to three books on women’s  empowerment and leadership, and women who lead in in technology.

“I didn’t have a career mentor growing up—there was  a lot of self-evaluation and learning along the way” Rucker says. Her advice is to “do what you are passionate about. Don’t be scared, don’t be timid, don’t be fearful. We have to be a little bit more confident in ourselves: I am who I am, I deserve to be here, I have earned it.”

Her last several years have been transformative at work, too. Rucker oversees a DHS staff of 200 who support 8,500 users. Those users in turn support clients in need throughout Maryland.

Supporting them became an even larger challenge when the state closed its offices during the COVID-19 pandemic in March 2020. Rucker helped secure and deliver 8,500 laptops for remote use and the secure connections and virtual private network enabling staff to work with clients. 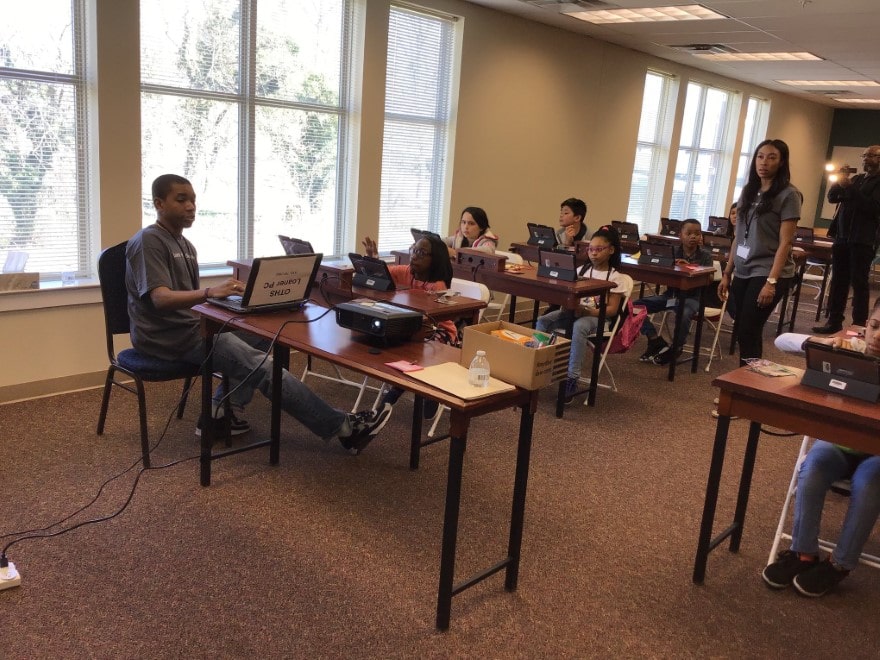 She says the ongoing IT modernization efforts through the statewide MD THINK initiative replace siloed applications and legacy products with modern architecture and data modeling on an Amazon Web Services platform.

“I’m truly fortunate to be a part of a transformation of this scale and importance,” Rucker says. “It has revolutionized how DHS engages with its citizenship and served a crucial role in the ability of DHS’s ability to deliver services during the height of the pandemic.”

Born in southern New Jersey, Rucker was raised mostly in Tappahannock, Virginia. She studied management information systems and business administration at Virginia Union University, but by and large built her tech career through self-determination and work experience.

She began at the DHS as a contract worker, helping ensure the departments’ computers were prepared for Y2K, the anticipated software glitch that could shut down systems because they wouldn’t properly recognize calendar data with the arrival of the 21st century. She remained with the DHS as a contractor until being hired as a computer network specialist and then a supervisor in January 2003.

“I saw that a state position was open, I decided to go ahead and get another certification,” she recalls.

“Each realized position was positioning me for the next opportunity,” Rucker says. “Don’t get me wrong. There have been challenges along the way, but there’s been a wonderful whirlwind of experiences at DHS and I’ve taken advantage of each and every one of them to learn, grow and to make a difference where I can. 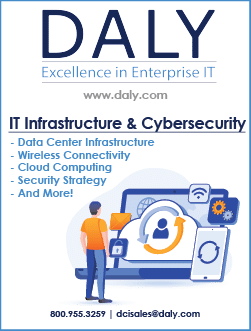 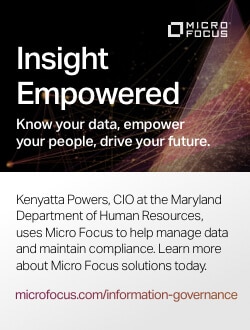 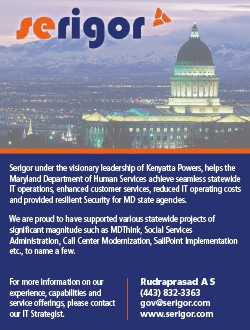