The gap between infotech and business grows narrower at the very aptly named Georgia’s Own Credit Union. It could soon be little more than a crack, with Kevan Williamson fronting initiatives to better integrate the departments.

Automation tops the to-do list at the Peach State’s third largest credit union, he tells Toggle in May from headquarters in downtown Atlanta. Toward that aim, he’s enlisted the expertise of CU NextGen, a Wilmington, Delaware-based technology partner for credit unions. A no-code platform, AppForms, among CU’s tools, it will be the foundation as Williamson introduces enterprise applications. 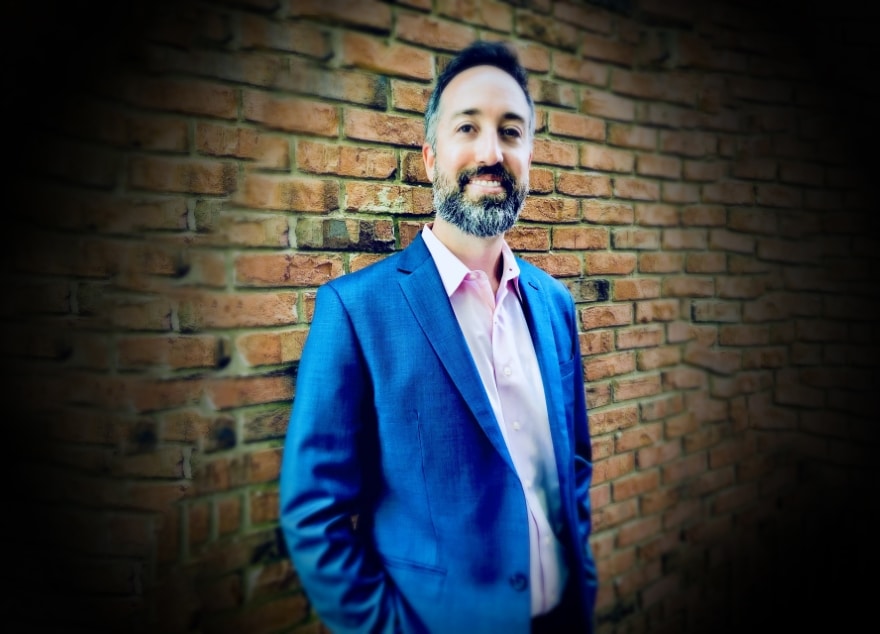 “Our goal is one-click solutions and a very minimized workflow process,” like tracing debit card transactions or resetting a password, the friendly Williamson says.

The credit union absorbed two smaller Georgia-based entities in late 2020, just a few months after Williamson’s most recent promotion to senior vice president of enterprise technology. He helped welcome into the fold the firm’s biggest acquiree yet, the $200 million DOCO Credit Union, as well as the more modest $11 million Three Rivers Credit Union.

The IT department staff from the mergers were retained, and Williamson now manages a 40-person team kept extra busy through the COVID-19 pandemic.

“That’s been one of our biggest wins, this gaining of amazing talent and experience from the mergers,” says Williamson, who’s helped integrate the IT departments of around a dozen mergers since joining the credit union’s technology team in 2003. “To have them collaborating with my team puts us in a very good position as we emerge from the pandemic.” 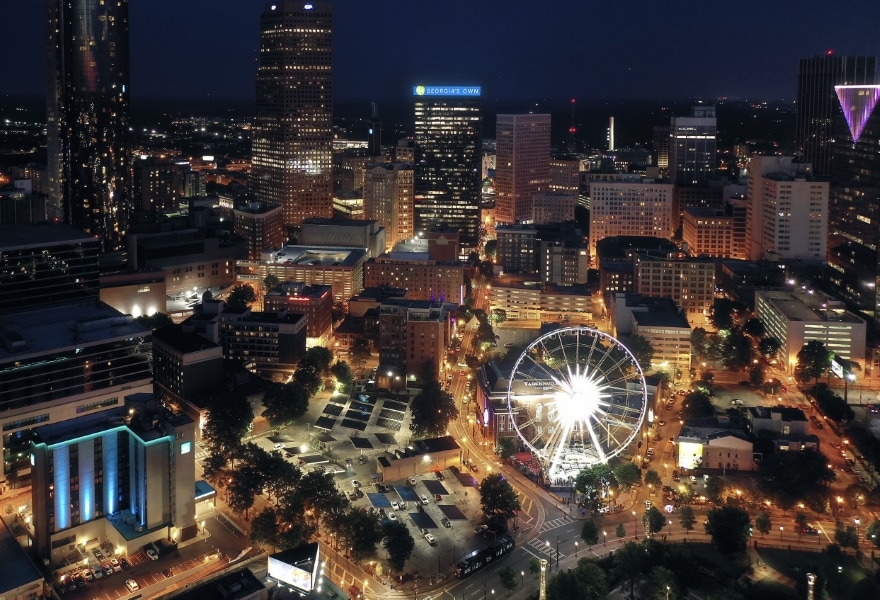 Each employee was provided with a laptop and mentored about data security. While he won’t go into much detail, Williamson says security tools were overhauled. Branches, as well as back-office operations, have since reopened with retrofitted workstations, though back-office employees retain the option of working off-premises. Efficiency’s the intent everywhere as he proceeds with rollouts such as biometrics and the use of fingerprints for authenticating passwords.

“The stronger the end-user experience, the better the member service,” he reminds. “We’ve got to embed technology in every procedure.”

He attributes the positive office culture to him celebrating his 18th anniversary at what, until 2007, was known as Georgia Telco Credit Union.

That’s around 16 1/2 years longer than the young Williamson expected to stay with the firm following his graduation from the University of Georgia-Terry College of Business in 2002. The dot.com bubble beginning to deflate, there weren’t many tech jobs per se, at least not in Georgia, and Telco initially turned him down for an entry-level IT position.

But in November 2003, Telco called back and offered him a better position as network administrator. Williamson advanced through four additional positions. In 2012, he became assistant vice president of information systems. That job proved more than a resume enhancer, giving him input in directing, planning and controlling all IT. Williamson held onto it for nearly five years before being upgraded to vice president of infosystems in 2017. Two years later, the title of enterprise technology officer was added to his letterhead.

So how does Williamson’s responsibility differ from that of a CIO or chief info-security officer, he is asked. Well, there are no such titles at Georgia’s Own Credit Union, he answers, and while his job description includes much of the responsibilities of a CIO or CISO, he believes his is more stimulating. 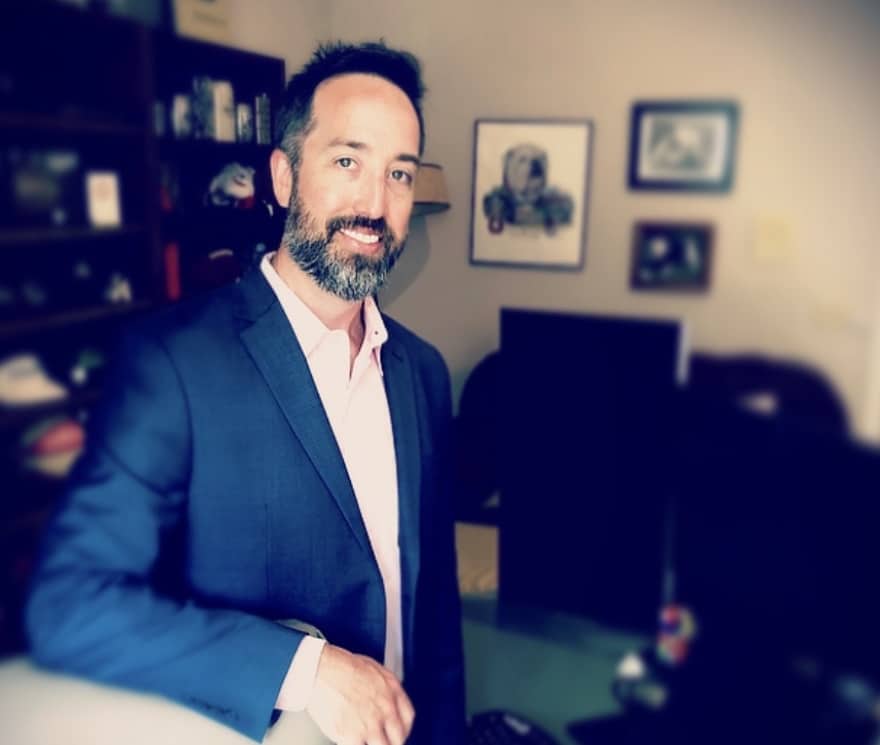 On the security front, he partners with Matthew Havice, general counsel and senior vice president of enterprise risk management. Williamson’s team builds a system, and Havice’s squad inspects and ensures its compliance with the financial world’s rules and regulations.

It’s a fun exercise, Williamson says, one that enables both teams to grow outside their respective areas. As he explains, “culture is everything here at Georgia’s Own. It guides all our work and mission and how we function as one united team.”

He’s been groomed that way since the get-go, says the 41-year-old father of a 7-year-old girl, noting how it’s enhanced his personal life. For this is a credit union immersed in community betterment, offering its staffers an additional workday each year to commit to a good cause. The average tenure of his enterprise technology team being a decade, there’s a continuity of projects and less need to acclimate new employees.

The last two years have been the most volatile, he says about the perfect storm of his promotion, the credit union’s biggest acquisition, the pandemic and the gradual return to normalcy. With his assistance, the credit union has adjusted to the variables and now has 29 locations.

“There’s always challenges but when we look at technology, we can almost always find a solution to anything,” Williamson says. 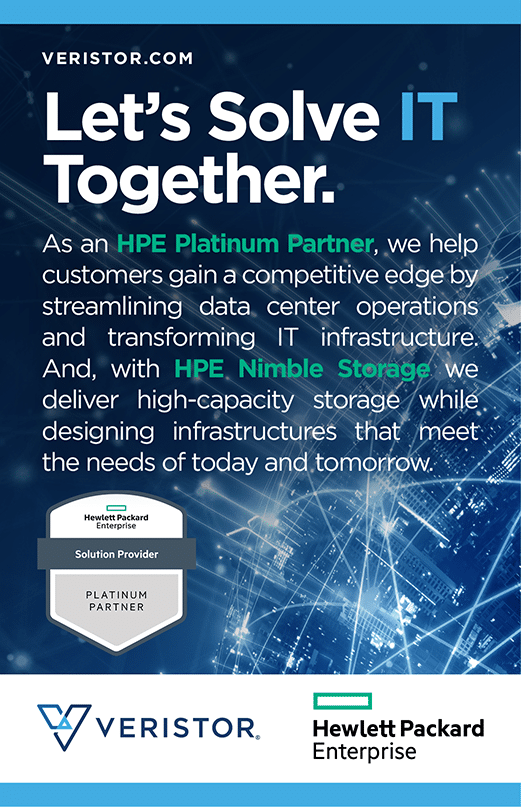