Keeping up with technology while keeping costs down

Walk into any Best Buy and what do you see? Computers, big-screen TVs, appliances big and small. Cellular phones. Home stereo speakers sometimes taller than the person charged with selling them.

What you also see are dollar signs because technology is expensive—especially new technology. When Kevin Baldus was hired as the CIO at Brown Smith Wallace, an accounting firm headquartered in St. Louis, Missouri, his goal was to develop greater IT capabilities while not increasing costs. 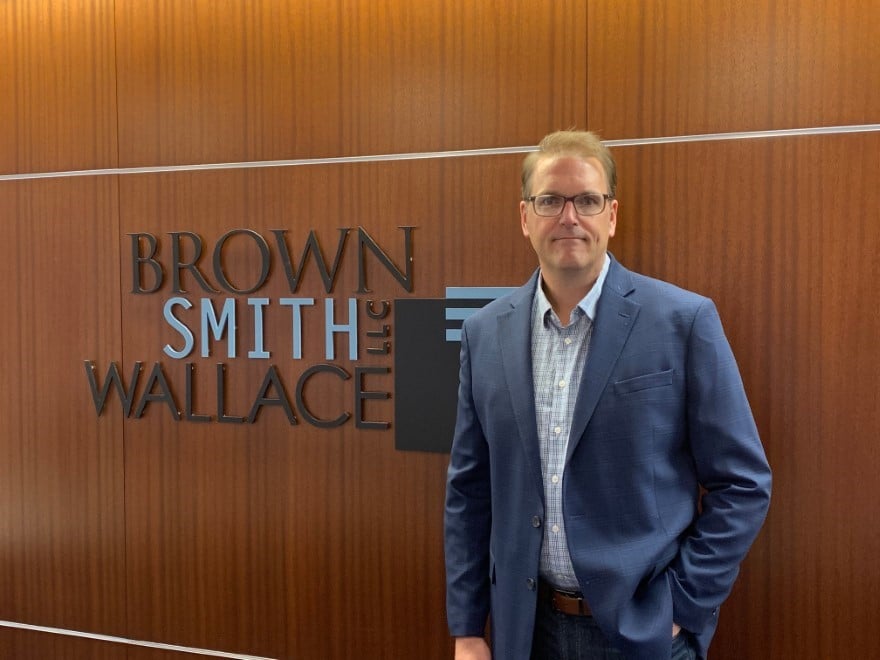 “With several changes and streamlines, we managed to maintain the same budget, cut costs in some areas and increased the value of the IT department,” Baldus says.

He also started an IT steering committee, as well as a digital transformation team.

All these changes proved essential during the COVID-19 pandemic as Baldus and his team quickly transitioned the company to remote work and have implemented business intelligence platforms and automation to employees.

Luckily, when the pandemic hit, Brown Smith Wallace had a disaster recovery plan in place and had recently completed an exercise that got employees familiar with certain scenarios, including a quick transition to working from home.

Everyone already had laptops assigned to them, and Baldus and his team quickly implemented remote access through Citrix and added capacity for a virtual private network. 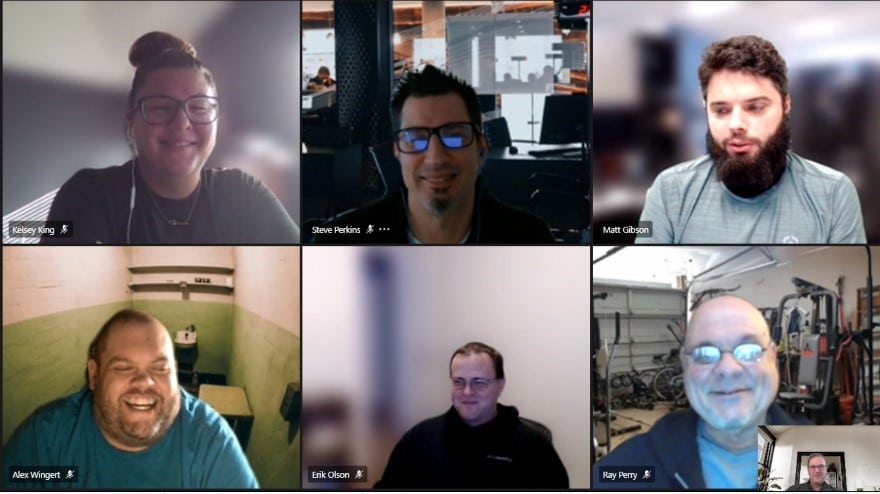 “Employees mostly use company devices, and we’ve always been in good shape with our security, so there’s been no major changes working from home,” Baldus notes.

He rolled out Microsoft Teams soon after the work-from-home order was issued, as well as a Cisco Jabber client so employees’ work phones were connected to their laptops.

Before the coronavirus, Brown Smith Wallace would have about 300 people in its office on a given day; that number is down to about 60 employees right now.

“People have been open to all the changes,” Baldus says.

One major indication? The IT team used to act simply as a help desk, fixing problems when they arose. Now, there’s a team dedicated to the digital transformation. It meets monthly and includes people from practice areas across the company.

“It just takes time implementing new technology and getting people up to speed. It’s more complex the longer we wait, so we’re moving forward,” Baldus adds.

Last year, one of his big initiatives was implementing e-signatures for all business-related documents—Brown Smith Wallace uses Adobe Sign. It will allow the business to use other platforms, he emphasizes, and from his perspective, it’s easier to innovate and implement new tech in a remote environment.

The recent move to Microsoft 365 was a major undertaking that standardized all of Brown Smith Wallace’s workstations on a common operating system. IT departments often struggle with communication, but the move to Microsoft Office 365 has required additional coordination between the team and employees, Baldus says.

In addition to being CIO, he is the company’s first chief information security officer, and he spends a lot of time speaking to potential clients and answering their questions about the company’s security. 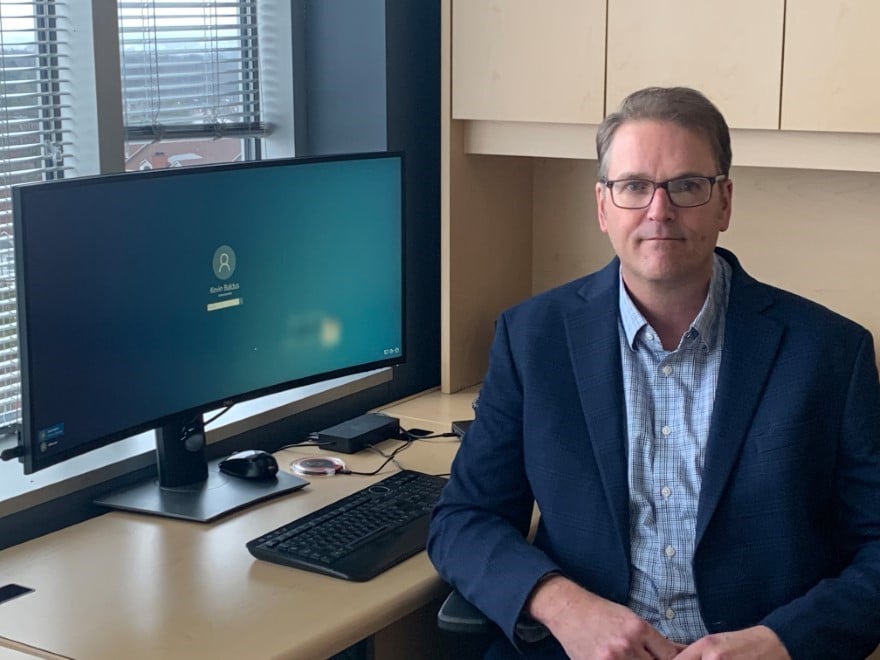 To help beef up Brown Smith Wallace’s security, he has hired a company to perform external penetration tests, and internally, he conducts monthly vulnerability scans that search for security issues in hardware and software.

In 2020, he added an automated product that simulates a phishing campaign. If someone within the company clicks on a phishing email, they’re automatically redirected to a security awareness training program.

“The hackers are constantly innovating and coming up with new ways to breach systems, so we’ve got to stay vigilant and continue our training and awareness,” he says.

Baldus graduated with a degree in computer science and business management from Southern Illinois University and spent five years as director of technical services for Rehabcare Group until 2007.

After that, he worked for almost 10 years as director, infrastructure and engineering, for Brown Shoe Group/Calares before joining Brown Smith Wallace as director of IT in May 2017. Baldus was promoted to his current role in January 2020. 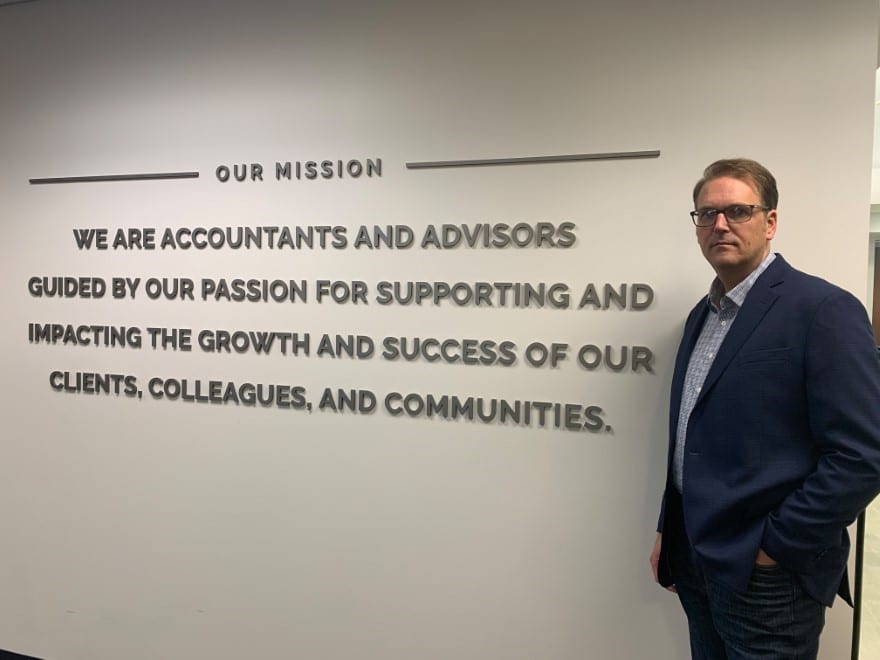 Since he started working in technology, he’s seen firsthand the value an IT department can provide to any company. As long as the department can keep rising technology costs at bay, of course.

“As IT leaders, we have a responsibility to the business to closely manage cost,” Baldus says. “The key is to optimize your fixed operational spending so you have the resources to do the work that adds business value.” 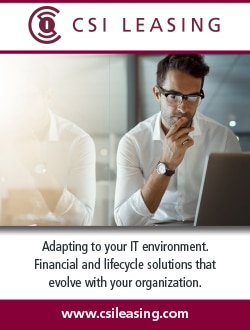