Hard to top this performance

His employer noted for fashioning safe and secure roofs for nationwide commercial clientele, Kevin Rast can be certain of the stability of Simon Roofing’s data center in Youngstown, Ohio. 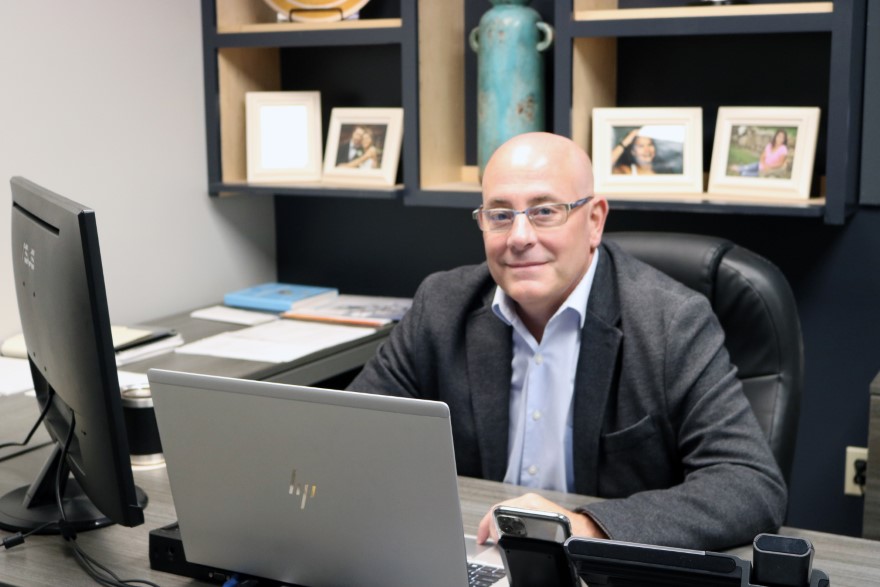 Yet if it were struck by a meteorite, he says business as usual could resume in three or four hours. A veteran technology professional who became CIO of Simon Roofing in 2017, Rast has outfitted the company’s Ohio and Virginia data centers with all kinds of modern platforms and redundancies.

He implemented Voice over Internet Protocol soon after arriving, primarily to give traveling executives and the Simon Roofing offices the ability to call directly from a computer or any data-driven device. He introduced the Cisco Adaptive Security Appliance, which combines firewall, antivirus, intrusion prevention and virtual private network.

The digital transformation ongoing, Rast strives to stay ahead of the tech curve. As a result, even during COVID-19, Simon Roofing’s customer service endured no serious setbacks, even when the owners hastily ordered most employees at the corporate offices, call center and the 64 satellites to go remote last March.

“This wouldn’t have been possible if we hadn’t put the infrastructure in place over three years ago,” the affable Rast tells Toggle last fall as the usual rash of pre-winter calls for roof replacements and repairs kept all hands busy. “But this is one of the advantages of working at a family owned company where I can talk to the owners directly.”

Those owners, Jamie Simon and his extended family, still have final say, but Rast at least has their ears, and much of the time their OK to proceed with another upgrade. Coming from a publicly traded company with layers of bureaucracy, he says that he thrives in this intimate office culture.

It’s a culture that’s about as hands on as it gets, what with Simon Roofing manufacturing around 90 percent of the materials used on the job. Even the IT platforms are essentially home grown—Rast and his team of nine customizing the systems, sometimes with the help of interns recruited from his alma mater, Youngstown State University. 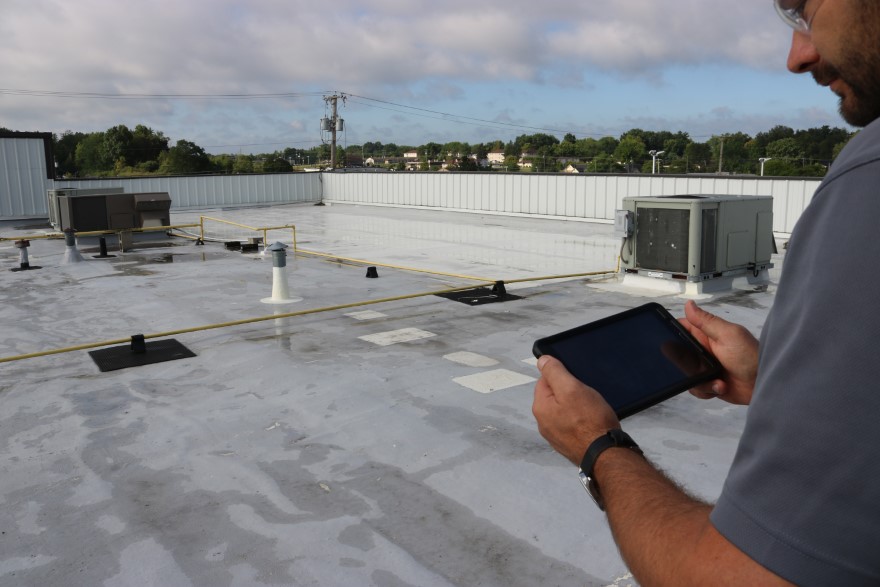 “Before me it was a legacy staff and system that needed adjustment on the programming and operational side,” he recalls. “We’ve restructured the whole department.”

The two data centers essentially being the heart of the business, Rast focused most of his early attention there. More recently he’s been active on other fronts, including the scoping of an MRP system—material requirements planning—to gauge the quantities of raw materials necessary for production and to schedule their deliveries. Bar-coding and traceability further simplify inventory.

On the programming side, Rast and his crew made it easier to estimate costing with new software. Though it took some doing to get everyone on the same page, staff have now bought in, he says.

“I’m not going to say it wasn’t a little bit of a struggle,” he adds with a chuckle. “As everyone knows, a lot of people don’t readily adjust to change, but with a lot of training and guidance they’re adapting to it now. They’d be lost without it.”

The commercial entities that make up Simon Roofing’s customer base also have reason to be pleased with Rast’s IT overhaul. Just a few years ago, even the simplest jobs could generate a paper chase.

A grocery store might have been vexed with a leak near the checkout counter, but before repair or replacement could commence, someone had to fill out forms, take photos and email the materials to Simon Roofing. 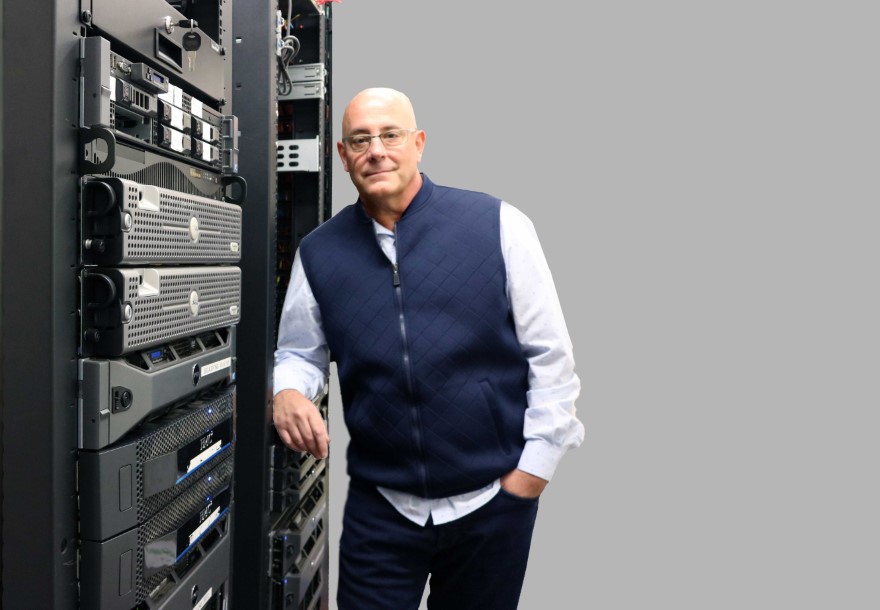 Now, with custom programs created in-house by a development team, Rast says “it’s light years ahead of the old manual process.” Clipboards have given way to tablets, the data center ensures that data is protected, and clients can expect first-rate service, even amidst the pandemic.

Rast continues to streamline the operation, noting how fast technology evolves and how satisfying it is to see it used to the company’s benefit. “You never grow stagnant here,” he says. “Not with every day bringing a different task.”

Moreso than at his previous stint directing infotech at Aurora Plastics Inc., in Streetsboro, Ohio, from 2013 to 2017. Rast managed the entire company’s IT but didn’t always have the input that Simon Roofing welcomes, he says.

Still, he wasn’t necessarily looking to leave Aurora when Simon Roofing approached him. His new employer’s roots dating back to the late 19th century, it was still in the early stages of moving from paper to automation. 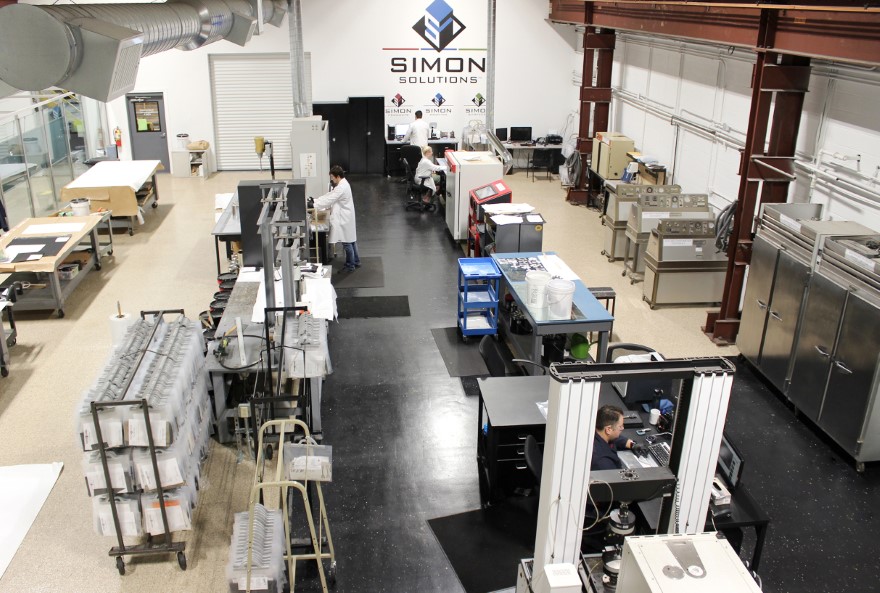 Rast attended Youngstown State University and ATES College, and he seemed the one to lead the effort. Ohio born and bred, the computer science grad had built up an impressive IT resume at several companies in the Buckeye State including Computer Sciences Corp., RMI Titanium Co. and RTI International Metals prior to Aurora.

A walk through the Youngstown facility convinced him that Simon Roofing would be his next stop, and Rast recalls how wowed he was at the sophisticated manufacturing infrastructure and how he thought operations could be enhanced with IT. Cautiously, but deliberately, he commenced with the transformation.

“For me, there’s been no real difference between working at home or at the office,” the 54-year-old Rast says. “It [COVID-19] has opened eyes how jobs can be done at home. We’ll find ways to save once we return to the office. From sales to manufacturing, this company has not skipped a beat.