Knowing everyone’s role pays off in the long run

During Kyle Brumbaugh’s first job teaching 9th grade geography at Capuchino High School in San Bruno, California, he noticed his students struggled to engage with the material. So he did something unusual for the time.

Using grant money, Brumbaugh purchased “Where in the World is Carmen Sandiego,” an educational video game including photos from National Geographic and music from the Smithsonian Folkways Recordings. Then, he used the video game to teach. 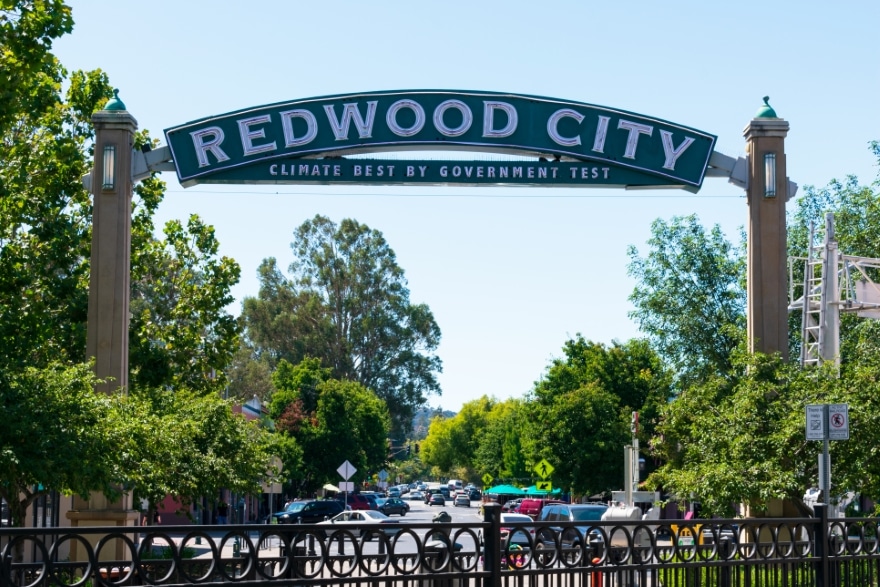 “World geography is normally taught through video, pictures or text,” says Brumbaugh. “But a game like that became a much more immersive experience. Each student had a role to play, they weren’t passive receivers of information. The level of engagement increased, and they were able to internalize that content.”

Now, as director of technology and innovation for Redwood City School District in Redwood City, California, he says he is using his two decades of experience as a teacher to inform his decisions. His first project for the district: a system overhaul to allow remote learning.

As a first step, Brumbaugh installed 530 wireless access points, upgrading the district’s one for every other room standard to one per room. “I wanted it to be synonymous with the lights,” he says. “My goal was to configure it to where a kid can open a device and not worry about the wireless not being there. We have come pretty close to achieving that.” 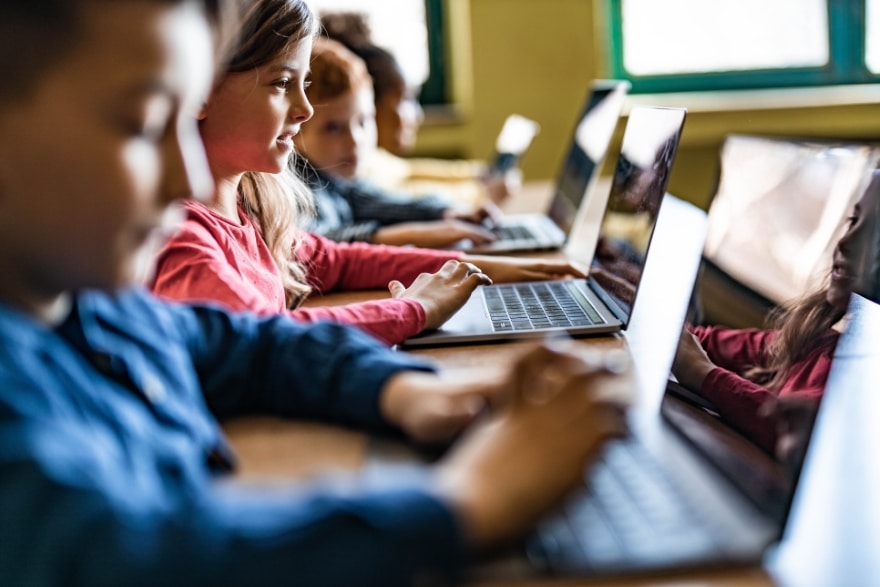 He also upgraded the wireless printer access using PaperCut software. This is useful, he says, because teachers visiting the district office likely have the software. To access the printers, they only need to refresh the application and log into the network.

Brumbaugh changed out all the access level switches, some of them over a decade old. He also led the ongoing replacement of old fiber optic cables with single mode fiber across the district, changing from CAT5/CAT5E cable to CAT6.

“Without those upgrades in place, the district would have struggled with the transition to remote learning,” he says.

It helps that prior to COVID-19, Brumbaugh installed 70-inch, wheeled panel displays in each classroom, allowing teachers to mirror their screens onto the flat panel. For remote learning, teachers could connect the flat panel display as a second monitor and use it to display the “Zoomies” while the teacher conducts the lesson on the other monitor.

In the beginning of April, the district opened its schools to 50 percent capacity. It’s a transition the district is calling Roomies and Zoomies, where the teacher will have half of the students displayed on Zoom through a flat panel display and the other half in the classroom.

“It was a way for the teacher to monitor the students and teach the lesson at the same time,” says Brumbaugh. “We try to make the process as seamless as possible. It has been advantageous as we move forward with our hybrid model learning.” 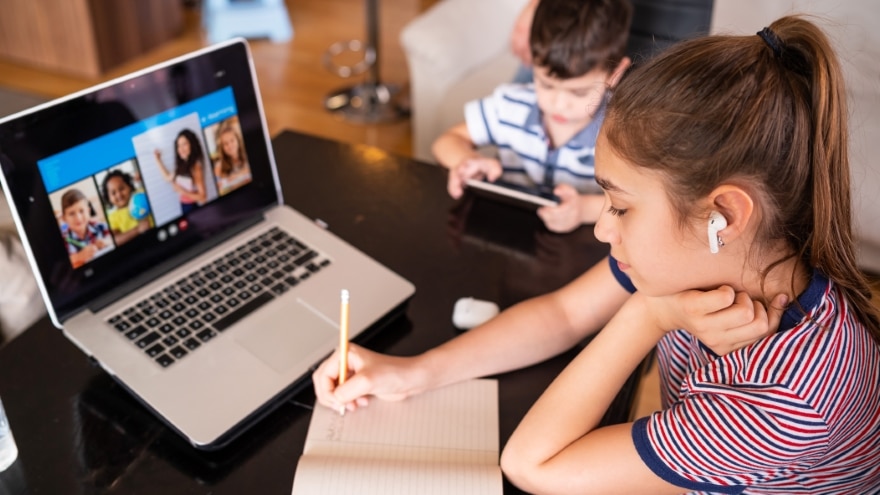 “We found that many of the 4GB and 2GB RAM Chromebooks were inadequate for the video-intensive curriculum packets the district was working with,” says Brumbaugh. “After speaking with the superintendent about it, we got the go-ahead to purchase 1,500 8GB RAM Chromebooks. Now our students don’t have nearly as many issues accessing the curriculum.”

Every student in grades two through eight has received the latest Chromebook, and all older versions with less RAM were distributed to staff members who previously did not have a device, such as instructional aides.

“We were very intentional about the Chromebooks,” he says. “Each is complete with touch and pen support, 360 degrees flip, PDF markup and freehand capabilities for digital test-taking.”

Living with the mission

Brumbaugh’s early career work ranged from writing grants for his 9th grade geography students to interact with the world through a video game, to writing grants to get smart boards in classrooms.

His role, as director of technology and innovation, has produced widespread updates in infrastructure and hardware for the district. Within just two years, Brumbaugh has implemented a culture of intentional technology upgrades.

However, he says that he couldn’t have done it without a team that was invested in the future of the district.

“It helps that a large number of my team have roots in the community,” says Brumbaugh. “One of the managers in the tech department is married to a district teacher, and one of my technicians is a former student. Having people with roots in the community, and the desire to provide the best quality support, has been a driving factor for our department’s success.” 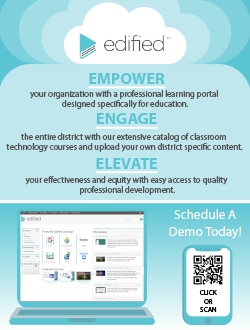 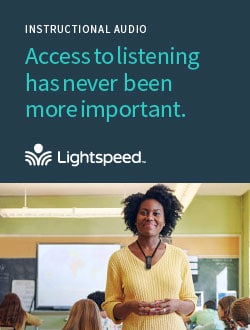