Looking to lead in making tech work for learning

Though once featured in “The Corridor of Shame,” a documentary about poor conditions in South Carolina rural schools, a filmmaker visiting Florence 1 Schools now would get an entirely different picture, as the district takes a leading role in e-learning that became especially crucial during the COVID-19 pandemic. 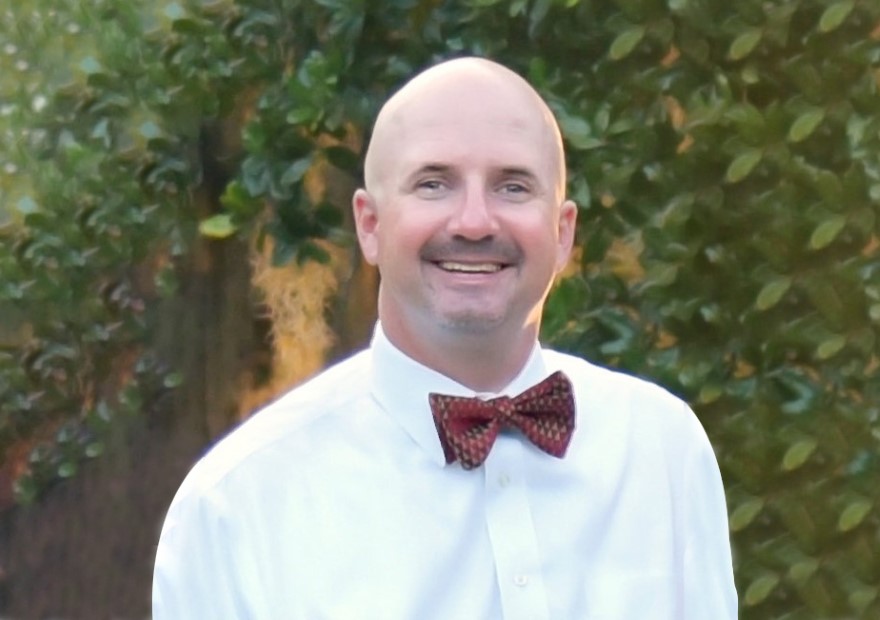 It’s been quite a turnaround, and one that Chief Technology Officer Kyle Jones says is guided by a single principle.

“All decisions we make are guided by our aspiration to put students first,” Jones says. “This sounds simplistic, but what’s best for students can get clouded when concerns over budgets, time constraints or other issues arise. In the end, we must always come back to the question, ‘Is this the best decision for students?’”

In the heart of the Pee Dee region in northeastern South Carolina, Florence 1 Schools serve about 16,000 K-12 students in the 15th largest district in the state. 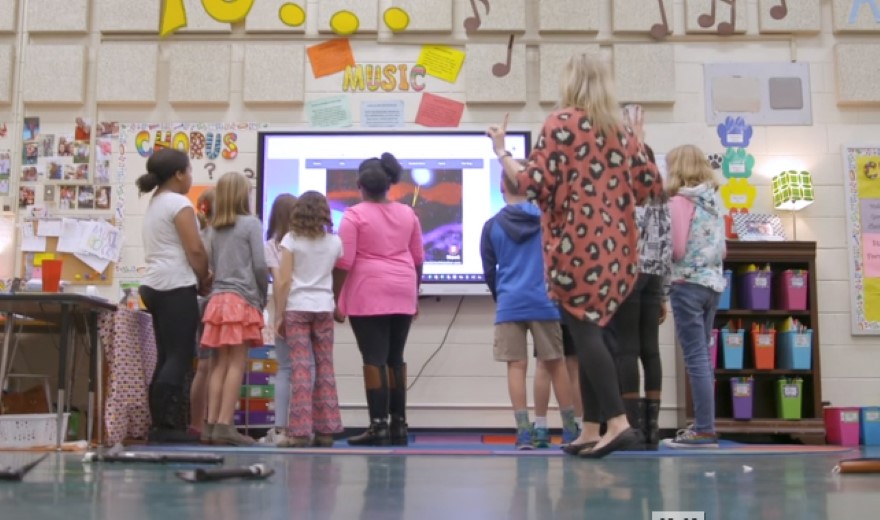 Florence 1 Schools is in the midst of “Florence 1 in 2021,” a three-year strategic plan with goals which include a 95 percent graduation rate, 95 percent of third-graders reading at grade level, and focusing on increased investments in classroom programs and technologies, while also attracting and retaining exemplary teachers.

As the plan began, the district was chosen to be one of ten districts in an e-learning cohort by the South Carolina Department of Education. Combine those elements with Imagine Forward, a local 1:1 initiative providing devices (mostly Chromebooks) to each student and teacher, and Florence 1 Schools was not only moving forward in tech, it was also ready for the unexpected. 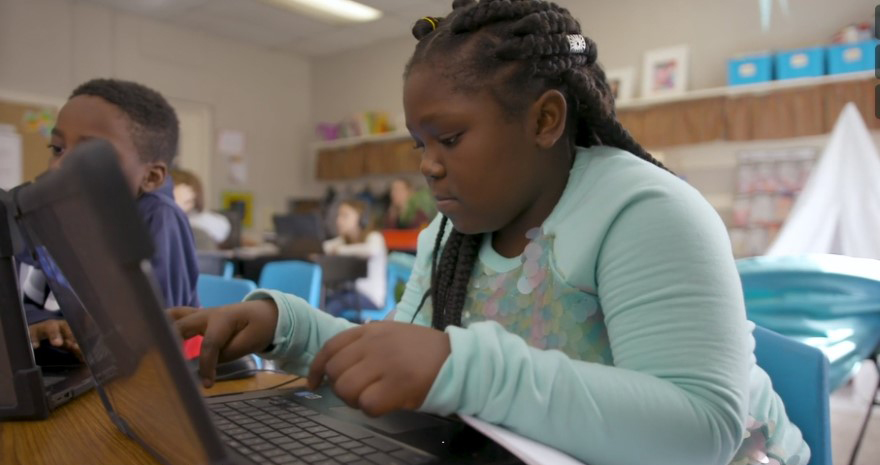 “Before March, we would have said our 1:1 implementation would help us provide instruction during inclement weather or in the case of a natural disaster such as a hurricane, focusing on short-term needs,” Jones says. “However, COVID-19 showcased how well prepared we were to provide for our long-term needs as well.”

No pause for pandemic

Because of the Imagine Forward initiative and e-learning pilot, Jones says students and teachers were well-versed in Google Classroom, ClassLink and the district’s digital instructional content when schools closed March 15.

Students from second grade on were already taking devices home, so they were ready for the shift immediately. Students in kindergarten and first grade completed lessons on paper the first few weeks then shifted to a hybrid of digital learning, Jones notes. 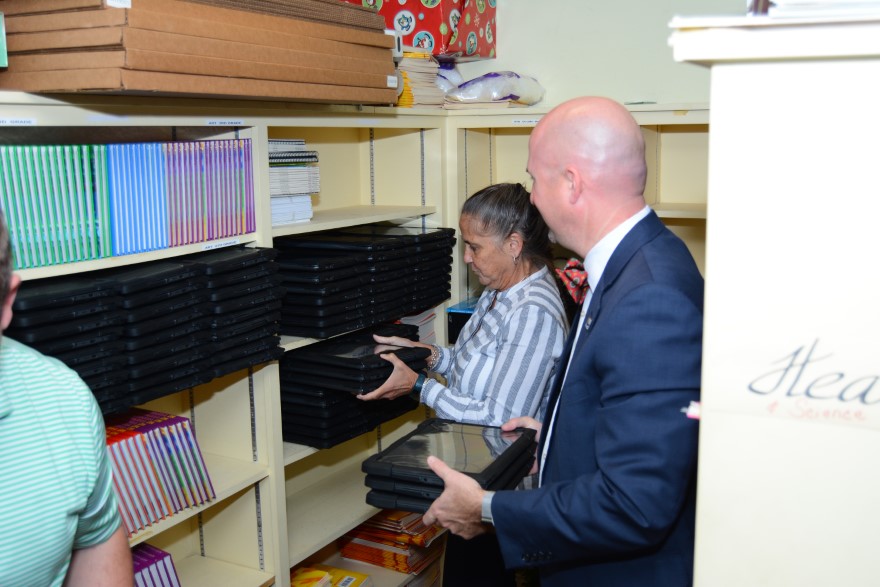 “This was an ‘all-in’ team effort for our district. I believe you will quickly find that mentality interwoven into the fabric of Florence 1 Schools,” Jones adds.

As part of creating the Imagine Forward framework, the school district had also conducted household surveys to determine internet accessibility for students. Responses showed at least 95 percent of homes had internet access. For those without access, Florence 1 Schools worked with district families as AT&T and Spectrum offered promotions to provide free service for 60 days as new customers.

Florence 1 Schools also deployed several buses, equipped with Cradlepoint wireless access points, throughout the district where the surveys had indicated a student need. In the third week after schools closed, exterior Wi-Fi access points were installed in many school parking lots, Jones explained, allowing students to complete assignments in their cars. 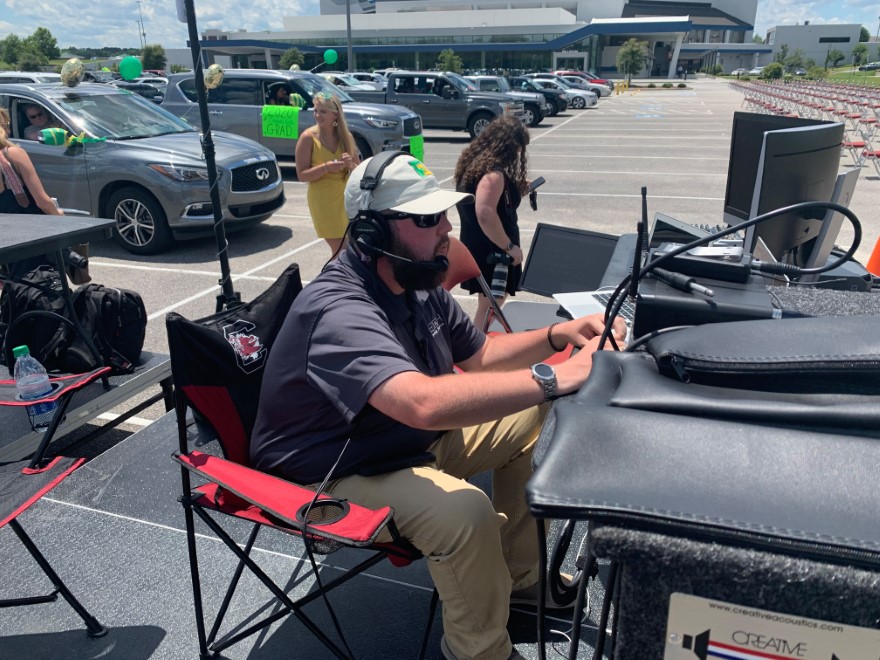 By the fourth week of e-learning, Florence 1 had obtained and distributed more than 200 Wi-Fi mobile devices to families lacking high-speed internet.

With these measures in place, 99.5 percent of homes in Florence 1 Schools now have internet access.

Whether it begins in classes or remotely, lessons learned in the spring will be evident. Google Classroom, with its free suite of services such as document sharing, test monitoring, and assignment grading will be an integral part of e-learning.

“As we move forward, we continuously ask ourselves, ‘how can we save instructional time so teachers can work and engage with our students?’” he says. “Any learning management system should serve as a single pane of glass for instructional content and student progress, as well as be easy for parents to understand.”

A native of South Carolina, Jones was raised by educators. His mother taught English for 37 years, his father taught economics and government courses in secondary and post-secondary classrooms for almost 45 years, and his sister and sister-in-law both teach.

“I’ve always had a love for the educational process,” he says. “My goal is to help create a society of global learners because they will lead the world one day.” 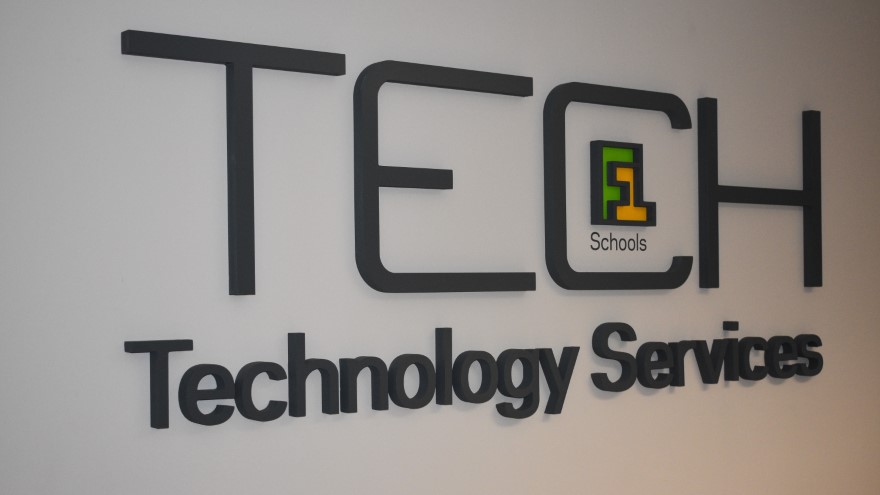 Jones earned his B.S. in business administration with a focus on IT from Francis Marion University. By the time he earned his MBA from the same school, he had already joined Florence 1 Schools.

He started there in 1998 as a part-time computer technician. Upon graduating from college in 2002, he was promoted to network administrator. He became IT manager in 2006, director of technology in 2018, and was promoted to chief technology officer in February 2020.

Jones and his wife, also an educator and current assistant principal, have three daughters who attend Florence 1 Schools, so his desire to make the district a national leader instead of the subject of a negative documentary is also personal. 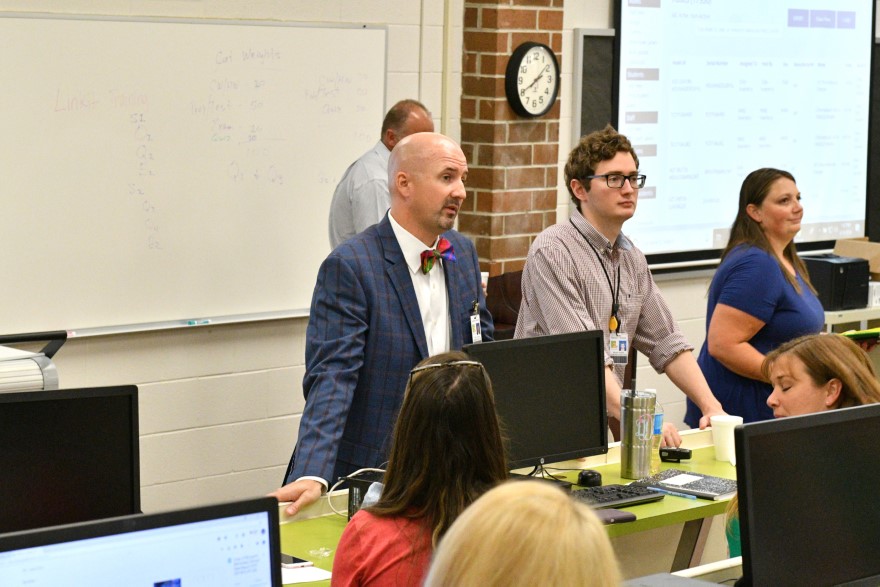 “We are accepting no excuses, we will provide continuous improvement and aim to set the bar high in order to elevate student achievement,” Jones assures. “We are a diverse district with a common goal of providing what is best for all students. Bottom line: If our students need it, we will get it. Education is ever-changing and we refuse to let our students be left behind.”