A specialist in protecting organizations from inside threats

Emerging from the ashes of the dot-com bubble era, Convergence Technology Consulting was founded in 2002 with a simple mission: provide people and businesses the infrastructure virtualization services they need to succeed in a rapidly changing market.

Centered on a philosophy of “People, process and technology,” Baltimore-based Convergence made a name for itself by delivering advanced, technology-driven solutions to clients as diverse as the United States Armed Forces, universities, nonprofits and banks. 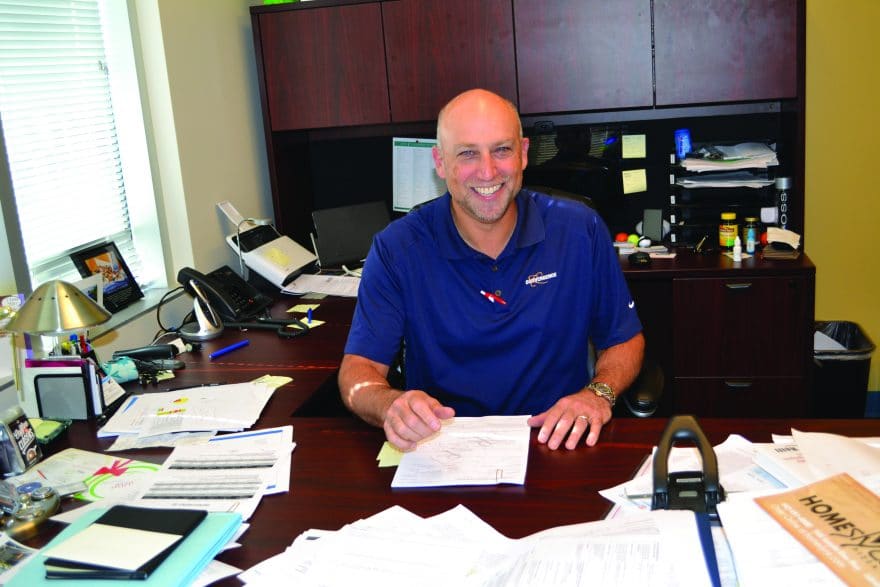 “We were focused on delivering apps to any device anywhere around the world,” says Larry Letow, president and CEO of Convergence. “From there we expanded into app development and became more of a boutique firm with a really strong presence in cyber security.”

For Letow, it is Convergence’s unique approach to problem-solving that really sets the company apart. “The bottom line is that our competitors have a solution in search of a problem, but here we believe that you really have to understand the environment and take the time to invest in your client if you want to provide the correct recommendation,” he says.

This wasn’t always the case. In a simpler time, Letow says that users could often get away with approaching problems with one fix-all solution. “Six or eight years ago, there did use to be one technology for every problem, but nowadays there is so much bleeding and overlap, it’s really an issue,” he says.

Convergence has enjoyed organic growth since Day One, refusing outside investment in a bid to achieve greater control over its vision and mission. While Convergence’s two original founders left the company in prior to 2012, Letow and a team of seasoned co-owners still lead the company.

“The two individuals who owned it were at the point where they were really missing somebody who had operational control or experience, which is why I was initially brought in as chief operating officer,” says Letow. “Since then, it’s really been wonderful growing the company not only in terms of revenue, but also in expanding our capabilities.”

While Convergence started off as an infrastructure only entity , the company has grown into a true full-service provider with additional capabilities in application development, cyber security,  managed services, networking, and cabling. “As the economy changes and gets stronger, organizations want to deal with just one or two companies and still have access to a breath of capabilities,” says Letow.

A seasoned tech-industry professional, Letow had founded and sold off a number of companies before joining Convergence. As someone who started out with a company delivering local and wide area network (LAN/WAN) solutions, Letow has seen the industry change considerably throughout his career.

“I laugh because when I got into this industry, everybody saved everything on local hard drives and networks were just starting to be created. Now, in a short period of time, the industry has probably grown 5,000 percent as far as innovation and the way we do business,” he says.

Nipping threats in the bud

The company’s flagship product is an endpoint monitoring and protection (EMaP) solution called Intelligent ID. Designed to continuously monitor and analyze systems for potentially harmful security threats, Intelligent ID’s unique endpoint structure allows it to prevent threats as soon as they are identified, not just alert companies to incidents that have already occurred.

“That allows us to prevent against insider threat attacks, which has opened a lot of doors and relationships for us,” says Letow.

Intelligent ID features a range of custom tools that help IT professionals stop data loss at the source while identifying and controlling insecure workflow practices, protecting an organization’s intellectual property and creating a clear timeline designed to help identify the root of the incident. “Whether they are public or private, it protects that intellectual property from being stolen,” he says.

Intellectual property is especially vulnerable to inside threats, such as disgruntled employees who might leverage a company’s data or proprietary information in an effort to line up a new job. By monitoring employee activity, Intelligent ID can predict an inside threat before it even happens. “When I talk to my customers, I discuss investing in three buckets: stopping something before it happens, what to do when it happens and providing forensic proof on the back end,” explains Letow.

It is the application’s ability to both predict and detect insider threats that truly distinguish it from other similar products on the market, he notes.

“You don’t have to get to that point where you wait for an act to happen; we actually try to back it up a little and ask ‘Why is their behavior changing?’ Maybe Friday they got a bad review, Monday they were on Monster.com looking at competitor’s websites and Tuesday he’s in a folder he shouldn’t be in,” says Letow.

While it’s difficult to get an exact measurement, Letow says inside security threats can be up to five times more costly to an organization than an external attack.

“It not only costs you dollars, but then there are the soft costs like loss of reputation and future business, which we can’t even begin to calculate,” he says.

A commitment to the community

Since 2005, Letow has been an integral member of the Howard Tech Council (HTC). A partnership between the Howard County Economic Development Authority and the Maryland Center for Entrepreneurship, the HTC aims to cultivate technology through strategic partnerships, providing a forum for industry, research, educators, investors and government agencies to collaborate in an effort to fuel innovation in the county.

“We’re really trying to make Howard County the tech center of Maryland by creating meetings, introductions and possible business relationships,” he says. As the Howard County organization grows, Letow would like to see it pool resources with other counties around the state pursuing similar missions.

“I think it would be great to get a board of tech councils together to create a more centralized environment, but it’s already a wonderful organization with great benefits and amazing relationships,” he says.

In his time with the organization, Letow has assisted in the creation of an annual cyber security conference called CyberMaryland, which will expand to a nationwide event, CyberUSA, in 2017. “Our sales team from Convergence has attended some of their events, and I think they really create opportunities for different people at different levels to be involved,” he says.

Letow also serves as co-founder of the National Cyber Security Hall of Fame (NCSHOF), which will host its fifth-annual induction ceremony in October. Conceived as a means of honoring those innovative tech professionals who help shape the modern cyber security industry, the Hall of Fame will add seven new members to its ranks this year.

Under the motto “Respect the past, honor the future,” the NCSHOF inducts a new class of honorees each year. “Without these pioneers I wouldn’t be in business, so you have to take the time to recognize them,” Note Letow.

Past honorees include pioneers in cyber-security education and the inventors of the RSA token, a security mechanism that uses two-party authentication to help ensure security when processing digital transactions.

“For many years, we couldn’t recognize people like this because they worked in parts of organizations that didn’t want to be known, but now we have an annual black-tie event with more than 300 people,” he says.

Looking ahead to future opportunities

Not one to rest on past successes, Letow is eager to develop the next generation of security solutions and perfect Intelligent ID while steadily expanding Convergence’s slate of tech services. “We’re looking to expand our managed services, like being able to take over and manage desktops, firewalls and cyber, so that’ll be a big push next year,” he says.

The company is also looking introduce a new product that will allow companies to more easily perform vital cyber audits. “That will allow executives and boards to understand where the organization is currently, where they’re getting to and where the gap is between those two,” he says. The technology could also be useful in the mergers and questions process as buyers try to assess a company’s potential and downsides.

Letow has been involved in some of the company’s most significant tech rollouts of the last 4 years, but his pride in the organization extends well beyond the products it has brought to market. “Like any company it is the people that make us great. I’m proud that we’ve been voted three out of four years as one of the best places to work in Baltimore,” he says.

As an experienced technology professional dedicated to helping organizations improve their technological capabilities and increase cyber security for both future and current threats, Larry Letow is helping to secure the future as president and CEO of Convergence Technology Consulting.