A contemporary approach, a personalized touch

Franklin, Indiana, prides itself on being a small but well-rounded city.

With a population of roughly 25,000, it hosts operations for several international companies, including Toyota and Mitsubishi; it has abundant recreational space and several historic and cultural institutions; its college and high school sports teams have racked up the championships; and it is just a half-hour south of the state’s booming capital of Indianapolis. 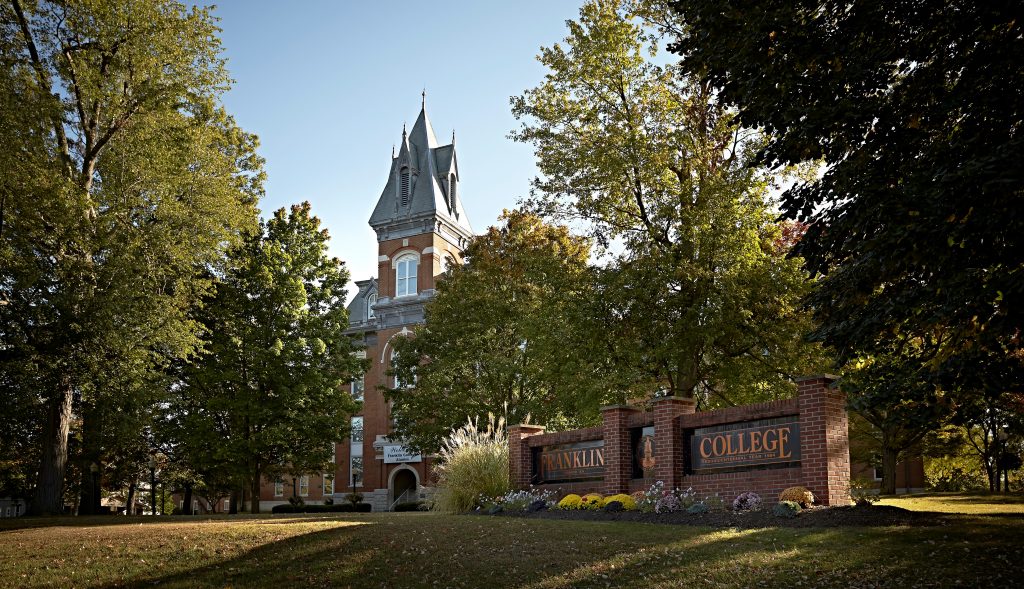 Mirroring its namesake city, Franklin College strives for that same diverse environment. This is especially true of its IT department, whose small staff balances one-on-one attention with an emphasis on widespread adoption of the most up-to-date technologies—a particularly rewarding combination for Larry Stoffel, CIO and director of information technology services.

“It is a distinctive college,” says Stoffel, who has served in his position for four years. Founded in 1834, Franklin has “a long history,” he adds, “and is committed to educating the innovators of the future.”

Poised for the future

Stoffel heads a team of 13 that services roughly 1,000 students and 300 faculty and staff. Franklin’s small campus features 49 classrooms and six computer labs that all incorporate some sort of technology element, according to Stoffel.

From an IT perspective, the four-year liberal arts and sciences school faces a similar challenge to many others: The ongoing need to update aging infrastructure. In Franklin’s case, that’s been a five-year effort to replace classroom staples such as computers, projectors and lab equipment. 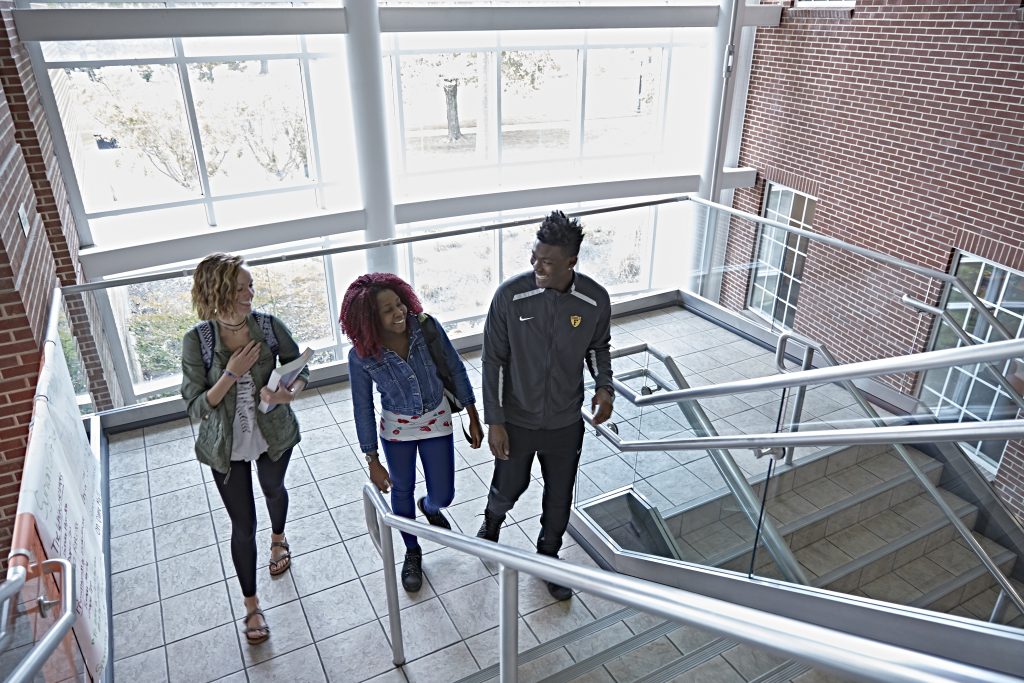 But as Stoffel stresses, due to budget constraints and the expected learning curve, “you can’t replace everything all at once; you have to phase things in.” Added to that is the rapid pace of technology. “Technology changes every three or four years,” he says, “so you have to keep up.”

Along with that, Franklin has embarked on a seven-year endeavor to continually update Wi-Fi infrastructure and access points across campus and it is also working on building its own cloud backup system—it now works with a hybrid system, Stoffel says—as well as updating a disaster recovery system that dates to the 1990s.

But one of the college’s most significant endeavors is its renovated and expanded $17 million Franklin College Science Center, the first phase of which is set to be completed in summer 2018.

The finished product will be 51,000 square feet incorporating 12 teaching labs and three research labs (which will ultimately double the college’s total lab space). In addition to “flexible” classrooms, labs and collaborative learning spaces, the building will be equipped with a state-of-the-art network and computers, interactive projectors and the ability for live feeds to facilitate experiments.

The building is part of a larger effort by the college to meet the growing demands of the science industry; in 2011, its science faculty reinvented the curriculum, following extensive interviews with Indiana business leaders, as well as local and national associations.

“It’s a good feeling when you get a good staff together and you’re in an organization that’s caring and you can help people achieve what they need to, both personally and in the classroom,” says Stoffel.

Ultimately, that was one of the biggest draws for him.

“First and foremost, I took the job because we have a good team. You don’t want to go anywhere where you have to start at ground zero,” he emphasizes.

To that end, he stresses that anyone on campus is free to approach his office with technological questions or concerns. If staff can’t solve the problem outright, they can at least offer outside recommendations.

“We are always considered the first stop for students with any issues that they have,” he says. “We are going to help them as much as we can.”

A ‘knack’ for technology

Stoffel has been in IT for 30 years—although it hasn’t been the focus of his college studies. 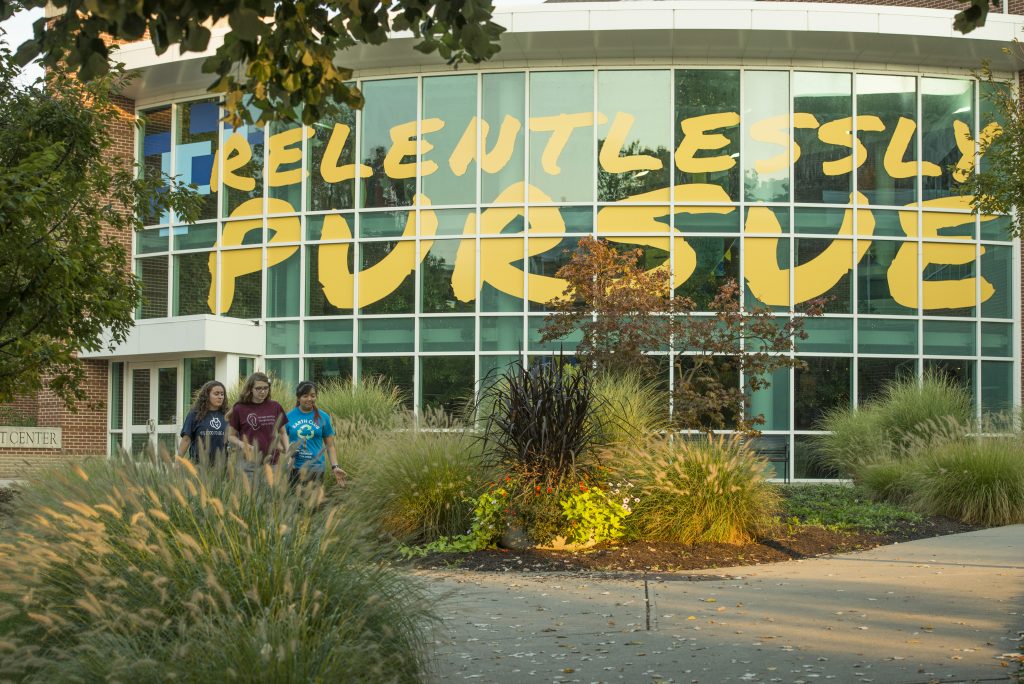 He started his professional career in IT managing computer stores (back in the days of the Intel 8088 and XTDOS). But he was always intrigued by a career in higher education, so he soon moved on to direct the center for assisted technology at Chattanooga State Community College. Through that program, which was funded by a grant, he helped implement computer systems for people with disabilities.

From there, he worked his way through the ranks at Taylor University in Upland, Indiana—serving as senior network administrator, computer services manager, and enterprise data systems manager before taking his position at Franklin College.

“All my IT work is basically self-taught,” he says. “With technology you are always learning. You can’t just stop. I’ve always liked technology. I have a knack for technology and a knack for leadership.” 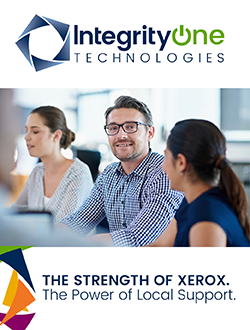