In Kansas, a license to drive change

It’s time for that most loathed of citizen rituals: spending an entire afternoon watching that digital red counter as you wait to renew your driver’s license: 17, 18, 19, at a rate of roughly one tick every three minutes.

If you happen to live in the State of Kansas, however, your lifeline is now but a few cellphone taps away. It’s called the iKan app, and among its array of features is a portal—the first of its kind anywhere in the country—that allows users to renew their license remotely. In other words, from somewhere that isn’t a sardine-packed DMV bureau. 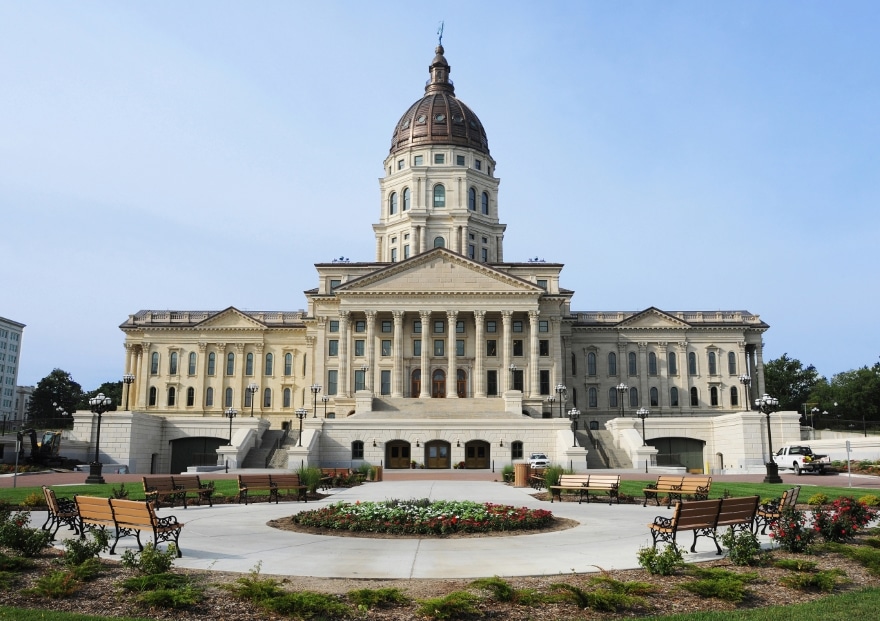 Forget an app-of-the-year-award; a tool this beautiful should qualify for a Nobel Prize.

“Well, that might be exaggerating it a little bit,” says Lee Allen, chief information technology officer for the State of Kansas and avid supporter of the iKan app. “There’s been a lot of pent-up demand from other agencies to create mobile platforms that make government more accessible. This is just one piece of that puzzle.”

To create the iKan app, Kansas commissioned PayIt, a company specializing in payment platforms for the government sector. According to Allen, the biggest selling point was PayIt’s unique payment model: Rather than paying for development, hosting and maintenance up front, the company receives a percentage of the citizen-transaction fees.

So how does it work? After downloading the app onto their iPhone or Android device, users create an account using an email address and login information, at which point they’re asked to link their account to a payment source (such as a debit card or bank account).

Next, users are introduced to a dialogue-based platform—what Allen calls a “chat-bot-type experience”—to answer a series of scripted questions: renewal PIN, preferred payment method, information verification and so on.

While eligible users receive a letter (complete with necessary PIN) notifying them of the app option, anyone who selects the license-renewal option through iKan is asked to verify certain criteria. For example, anyone over the age of 50 must undergo annual eye exams, and will thus have to renew their license in person.

As for everyone else? They can expect their new ID to arrive in less than two weeks. 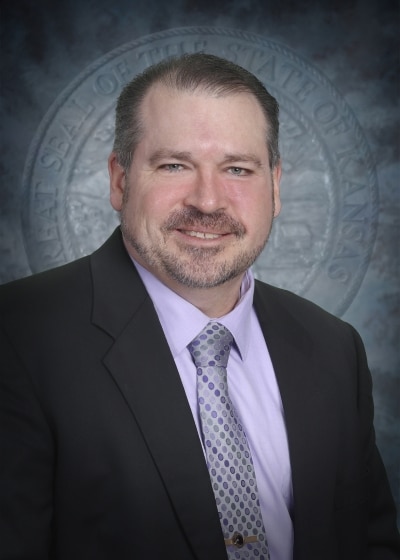 “The feedback so far has been tremendous,” Allen says. “In fact, it’s starting to drive the discussion towards expanding the age brackets and making it easier for people in their 50s to renew automatically. Which is exactly what good technology should do: change the conversation.”

Introduced in October 2018, iKan’s license-renewal portal—which also lets users renew their vehicle registration—has garnered overwhelming praise, from government and citizens alike. From November 2018 to January 2019, the state counted more than 480,000 transactions through the app, including both license and registration renewals.

But according to Allen, it’s just one in a series of tools aimed at making the iKan app a paragon of citizen-state engagement.

Up for review: specific board license renewals like cosmetology and barber’s licenses, hunting and fishing permits and property-tax filings. Meanwhile, iKan has since included state park reservations as an add-on option for vehicle-registration renewals.

According to Allen, the state now sells 25 percent of its annual park passes through iKan transactions, contributing to a 14 percent bump in annual sales.

“With things like state park passes, we’re seeing membership rates rise significantly, all because of the ease of use,” Allen illustrates. “The easier you make it for people, the more likely they are to be engaged and stay engaged.”

One initiative to make Kansas government more efficient (and safer) involves migrating the state’s on-site data centers—servers, hardware and so on—to a remote host. Begun in 2018, the multiyear project will extricate the state from what Allen calls the “refresh cycle”: spending millions on repairing and upgrading critical IT infrastructure.

In addition, for the first time the move provides the ability to respond to disasters more quickly and accurately.

“Having that redundancy helps take a huge burden off the state,” Allen explains. “Whenever you’re confronted with a disaster—say a tornado or series of tornadoes—you want the information to get where it needs to go as quickly as possible. Having our data stored remotely lets us do that.”

Beyond providing better safeguards, the current data migration has forced Allen and his team to reevaluate how IT operates in the state’s 13 cabinet agencies. The goal, he says, is to one day pull all of the core IT services into a single, unified technology stack—data centers, email, service desks and so on. All while reducing the amount of capital expenses incurred by the State.

That, in turn, will allow Allen to invest more in pivoting the state’s IT infrastructure to a more service-based model.

In newly elected governor Laura Kelly, Allen sees someone who shares a commitment to transformation. And with a bevy of projects on the 2019 docket—including the establishment of network-as-a-service, an initiative that would outsource the ownership and maintenance of the State’s network and telecommunications infrastructure—that next mile marker is finally coming into view.

About his appointment by the Governor, Allen says it’s hard to predict what changes a new cabinet will bring, “but we’re clearly headed in the right direction.”

After all, if you’ve figured how to solve the DMV problem, anything is possible.